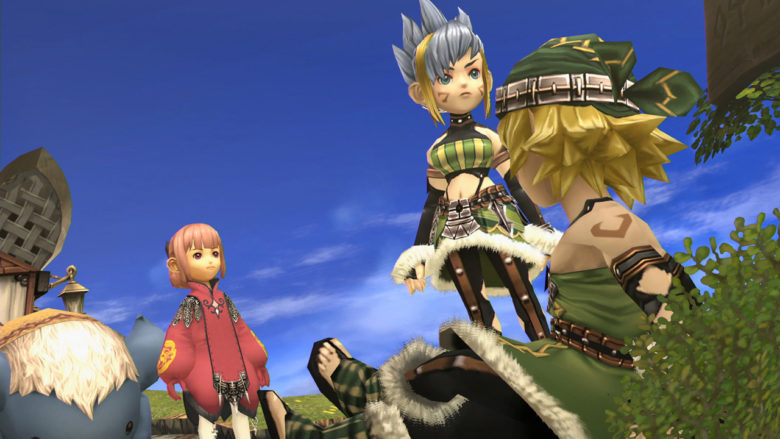 The opportunity to play a title in a series that I have loved since I was three came about and I took hold of it. Final Fantasy has been with me my whole life so when we got a code from Square Enix for Final Fantasy Crystal Chronicles Remastered I wanted to take the first stab at a game I hadn’t played originally. I had no expectations going into this one but it pleasantly pleased me.

Originally released in 2004 on the Gamecube, Final Fantasy Crystal Chronicles was made to be a different type of title from the traditional turn-based RPG. It fits more of a Final Fantasy 7 Remake vibe if I were to take it in that direction. On the other hand, it feels to me as if Square Enix was trying to make their own Zelda type game with a Final Fantasy skin. At least that’s my take on it. It’s a cool setup using the menu system that we know with a popup in the middle of play, with the action fighting for combo attacks and powered attacks. Unlike normal Final Fantasy titles, the magic that you use during these fights is found after you defeat enemies for each dungeon. Once the dungeon is over all that gear goes away.

That brings up another feature that I personally love for leveling up, the totem system. So in a nutshell each dungeon has chests that drop loot and totems as well as dropping off of enemies. They give you some buffs during the dungeons but you can only keep one for good after each dungeon. One totem you will want to get early on is the health totem because it gives you extra health hearts (and this is why I said it’s like Zelda). After that, you can build up strength and other stats to make your character better. Speaking of characters, you will only play as one character at a time but you can create several different ones for your caravans. From what I have seen each character’s family holds different backgrounds and skills which should help you as you level up in the future. The best part of the combat is the enemies that are on the map and can be attacked or can attack you at will. Every enemy will spawn loot after you kill them so make sure to gather it all. 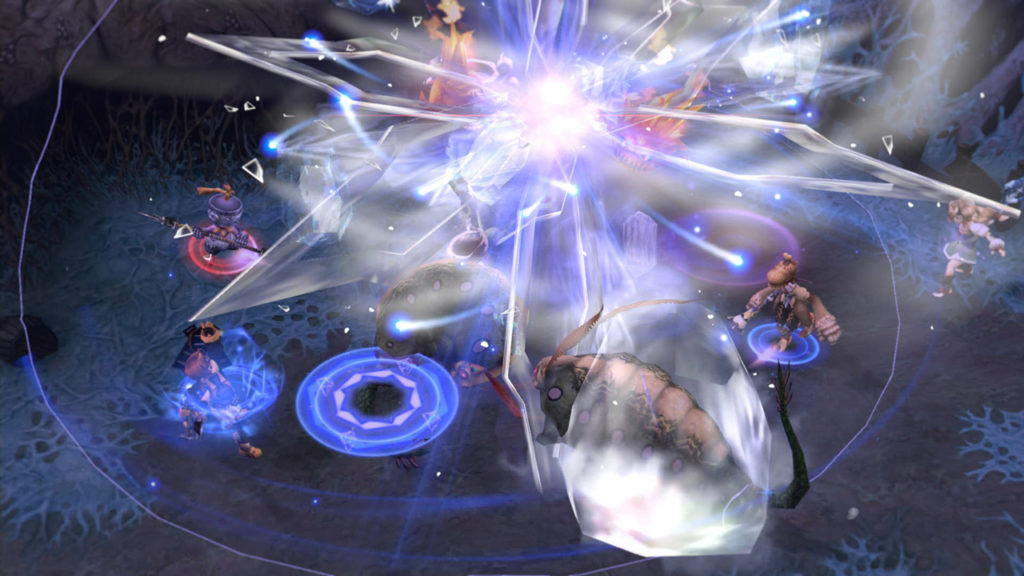 The main story revolved around your character collecting Myrrh from trees to clean a crystal that protects your town. Basically, there is a gas that surrounds the world and these crystals are all that protect you from it. Collecting the Myrrh helps to save everyone you love from the gas. As you travel around the world you will be carrying a Myrrh container that acts as a personal barrier for yourself from the world. I like this feature but it does get annoying at times when your Moogle doesn’t fly fast enough to keep up with you.

One other feature that is good and bad is the multiplayer option. It works well if you want to play with friends or meet new people to play your dungeons but I prefer the single-player aspect of it without having to worry about someone else messing up the raid. I much prefer for RPGs to be single-player but we don’t live in a perfect world right now. Having others to deal with just makes things more difficult in my eyes and from past experiences. It is up to you to decide on how you will play after all.

Written by
Chris Bowman
Long time game enthusiast and writer. I have beta tested a lot of Mmorpg's since I was thirteen including Star Wars Galaxies, Lord of the Rings Online, and Star Wars The Old Republic. Currently attending The Art Institute of Pittsburgh for a degree in Game Art and Technology.
Previous ArticleSow chaos in Turnip Boy Commits Tax Evasion PreviewNext ArticleCSC Gets Spooky In Space With Halloween Event