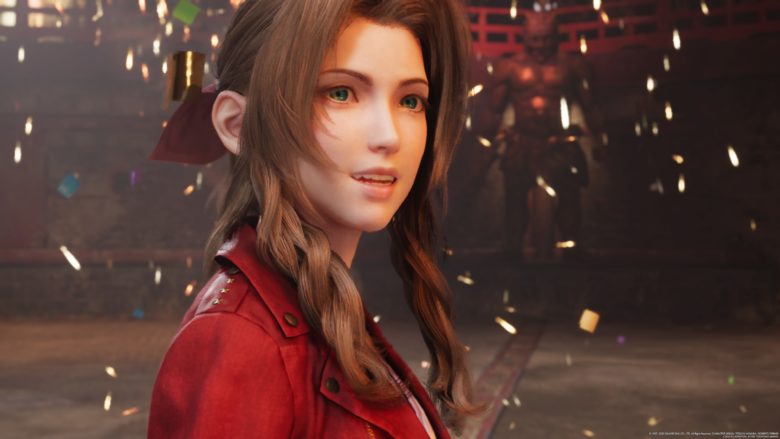 There’s no doubt that a “remake” of the classic Final Fantasy VII game, originally out on the original Playstation (PSOne) in 1997, shouldn’t be considered a major release in 2020. To celebrate the release of Final Fantasy VII Remake, exclusively on Playstation 4, we approached the review in “segments”. The reasoning behind this was to give you a sense of what we were feeling, seeing and hearing as we progressed through the game. So in actuality, the entirety of this review is spread across a three-part series. Parts one and two discuss some of the mechanics and systems we encountered on this journey. The article you’re now reading is an attempt to “put a bow on it” and deliver our final score. If you’ve read along up to this point we appreciate your dedication and your persistence! Welcome to our Final Fantasy VII Remake review on the Playstation 4! 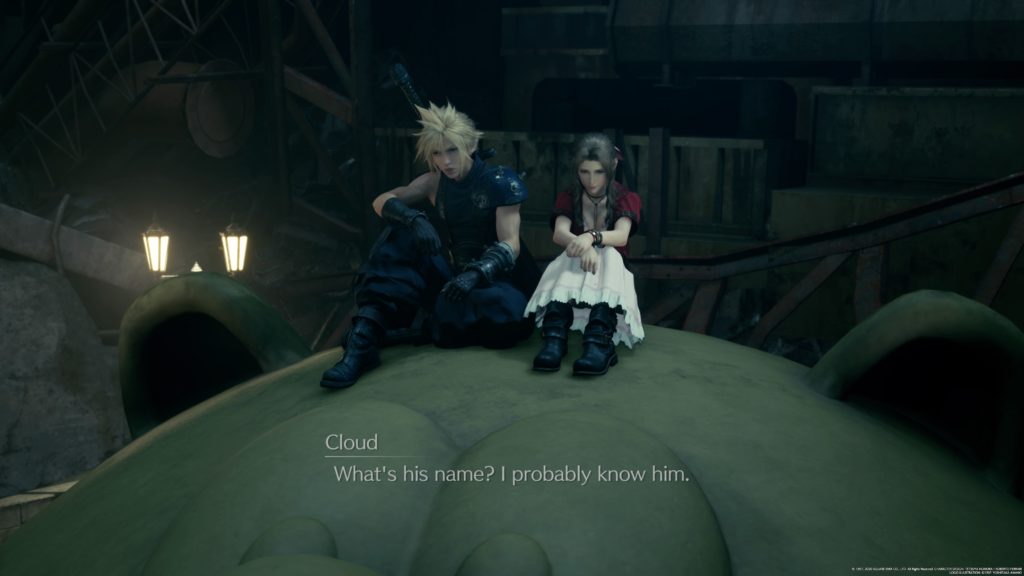 Touching moments like these bring these characters to life!

Square Enix appears to have held to their initial commitment of Final Fantasy VII Remake being released in multiple parts, where each part will be a full game. This first part covers the retelling of the original game’s story up through the Midgar escape.

In all honesty, I could have played through the entirety of Final Fantasy VII Remake and not miss taking part in any battles. The storytelling is that good! The game does allow you to make this choice by providing several battle settings for difficulty, one being “Easy”. I chose to stay with the “Normal” mode as best as I could until I encountered a major boss which proved too difficult for me beat after giving it seven-plus tries. The animations, cut scenes, and quality voice-overs bring so much life to these characters that we grew to love from the original 16-bit offering. So much so that it’s engrossing and awe-inspiring. It made me want to talk to every character I could find, search every corner of all areas, and complete all side-quests. 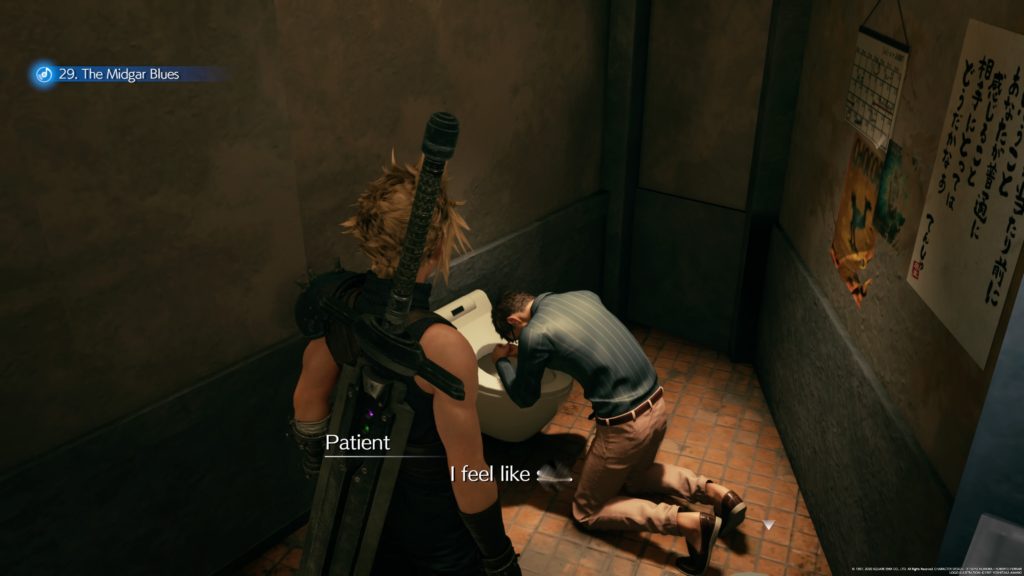 The one downside to this epic story-telling is the game might be too linear for some players. While on some quests you have the freedom to explore, Final Fantasy VII Remake can not be considered to be open-world of even open-world like. In fact, what was missed, compared to other action-oriented games, is being able to destruct most of your environment. There are chests to find and open and some boxes to smash but with wielding such a large sword I wanted to smash more. 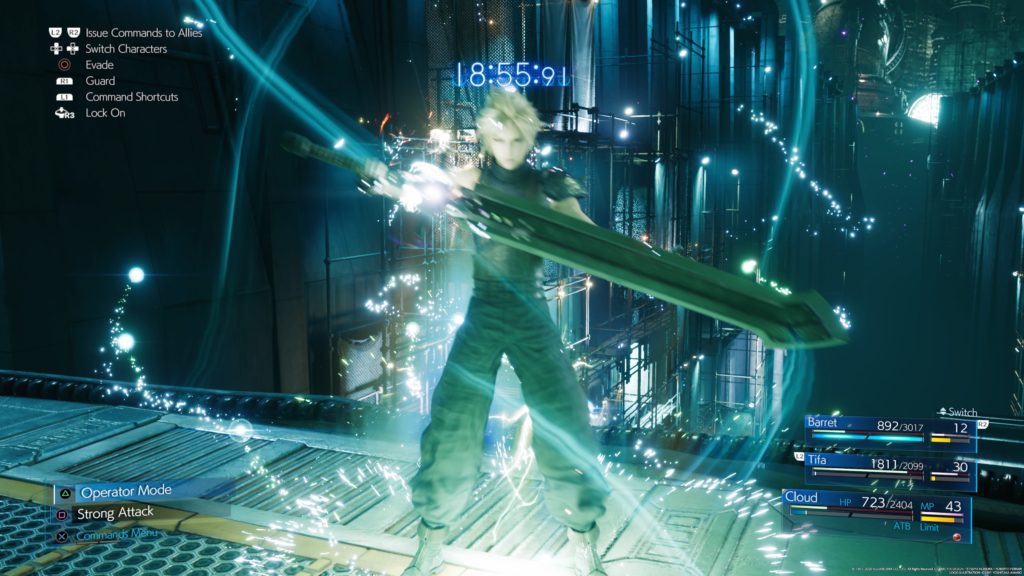 The battle system is a wonderful “party-based” system where you take control of one member of your party at a time. More times then not I stayed with Cloud Strife, the guy with the big sword. The game is rounded enough that you’ll need to take control of different members during different situations, many in the same encounter. For example, oftentimes you’ll need to control Barret since he fills the tank role and has long-range abilities. A lot of times you’ll need to switch member focus because they will typically be equipped with different elemental materia stones, i.e. spells and different deities for summoning. One minor complaint is that sometimes big mob battles take more than one attempt because more times than not you’ll have the wrong materia (spells) equipped. Being able to dynamically swap materia during battle would have been a welcome touch.

Controlling party members and performing actions was fluid and natural. The one thing that was missed is there is no “jumping”, per se. There is no jump button even though Cloud will perform aerial combat moves when controlled during a battle with flying mobs. 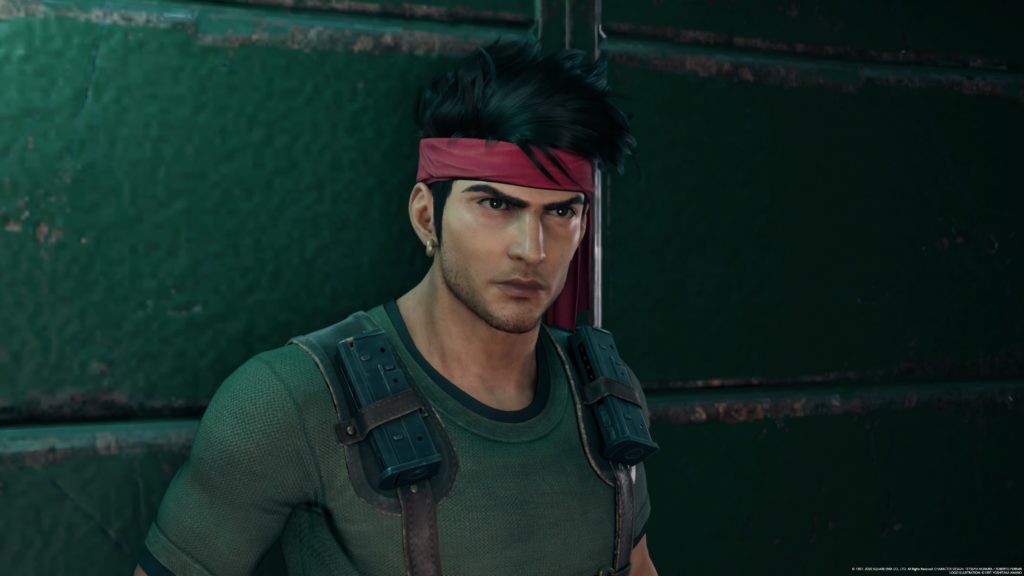 Is it me or does Biggs remind of a young Charlie Sheen?

Last year Square Enix had confirmed that the Final Fantasy VII Remake will be getting a turn-based “classic” mode that allows play like the original 1997 version. I switched to this mode for a few boss battles and found this not to be entirely true. In Classic mode, the computer takes care of your basic offense and defensive maneuvers on each party member. You as the player choose what special abilities to fire off and when. But action only paused while you made your selection through the command menus. On the flip side, this mode helped get me through some tough battles, for me personally, so I could continue progressing the story. 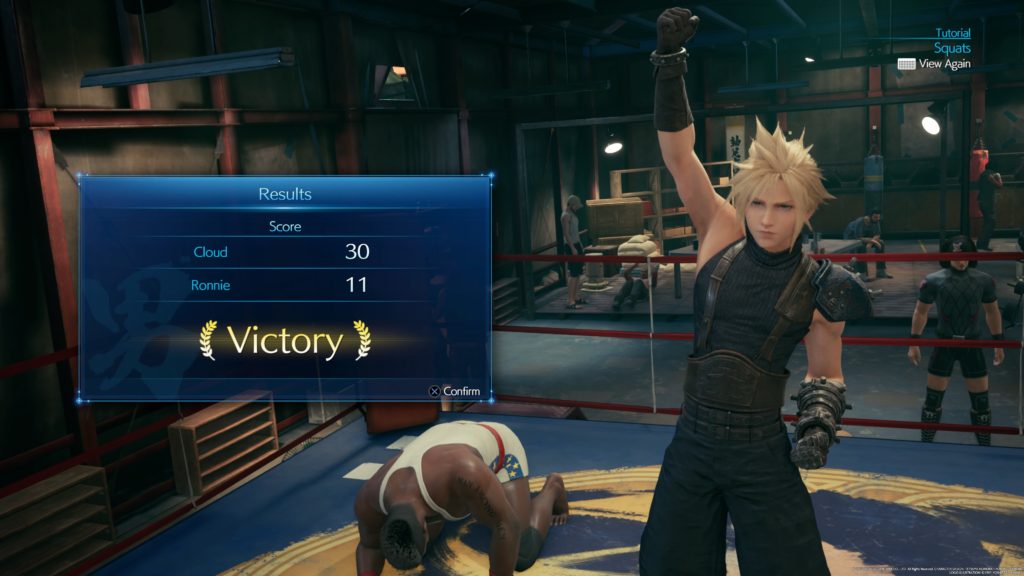 Final Fantasy VII Remake does a nice job of providing a lot of mini-games to earn extra stash. Most of these are optional and some of these games have varying tiers of difficulty. The game also offers things like a battle arena where items can’t be used during battle. You can also participate in virtual reality (VR) missions to acquire new deities to summon. All of these can only be played after advancing the main story to a given point. 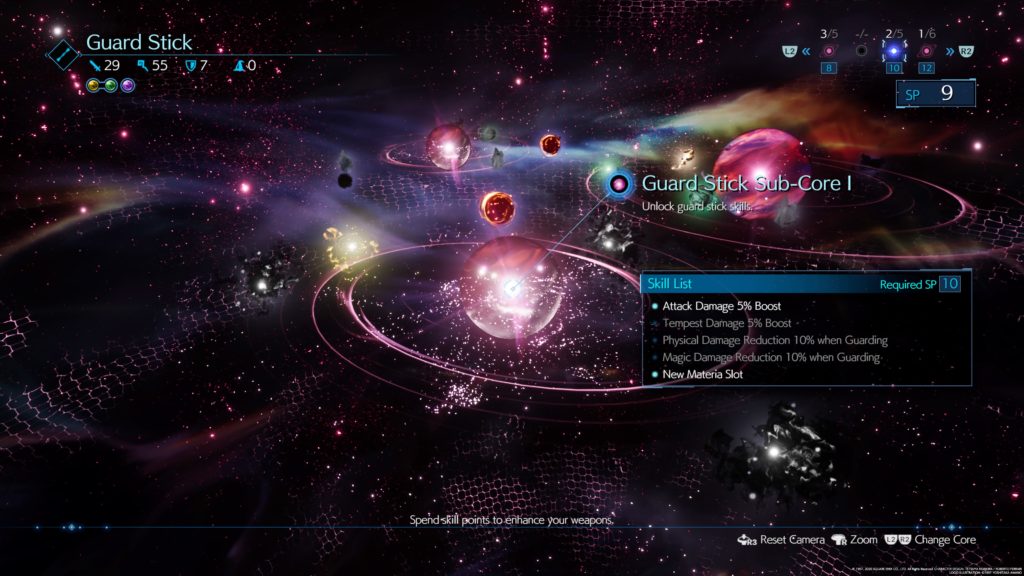 There are opportunities to buy new equipment and weapons. Just don’t expect the look of your party members to change much. Weapon appearances were the biggest visible change. On Cloud’s sword, for example, the look will change and it’ll even display the proper materia colors that are equipped to it. You’ll earn skill points to upgrade your weapons which means each weapon has its own set of points and associated skills. While I didn’t dabble in situational weapon switching it seems like its certainly a possibility. The thought would be to configure the skills on a weapon for specific encounters. 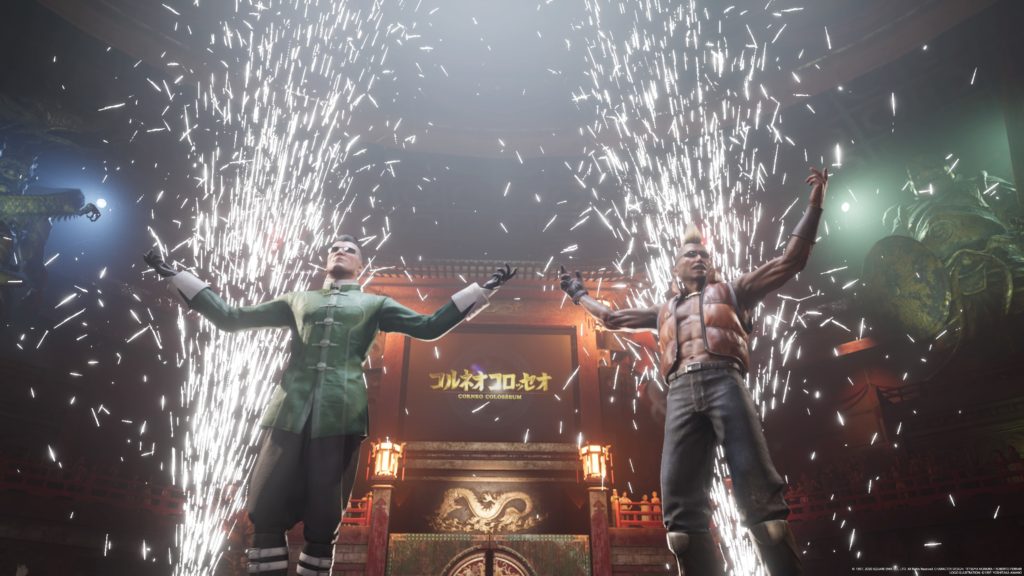 Going in I was worried by the fact that this “remake” wasn’t a traditional turn-based port. I was surprised to find how much I actually enjoyed the execution of the action, party-based combat. What really blew me away was the story-telling and techniques used to make these previously 16-bit characters come to life. To call Final Fantasy VII Remake a rehash of the original would be a severe misdemeanor! Final Fantasy VII Remake is a beautiful reimagining of the original story. This modernized version manages to become a game of its own with nary a blemish!

This is a project that Square Enix should be proud of! Final Fantasy VII Remake is certain to be on many “Game Of The Year” lists in 2020! Now we just have to wait patiently for the other two chapters to be delivered to our greedy little controllers. We have to stick to the belief that Square Enix can build on the wonderful foundation they’ve created here!

Note: A Playstation Store code was provided for the purpose of this review.

Tags: action rpg, Final Fantasy VII Remake, square enix
Summary
If you're new to the Final Fantasy VII series you'll have no trouble diving into this remake. On the flip side, if you're a fan of the original Playstation game you'll find a lot to love here and playing this version will definitely rekindle the flame! Final Fantasy VII Remake is certain to be on many "Game Of The Year" lists in 2020!
Good
Bad
9
Amazing
Previous ArticleNieR Re[in]carnation Trailer AppearsNext ArticlePUBG Mobile Invites Players to #StayInTheSafeZone 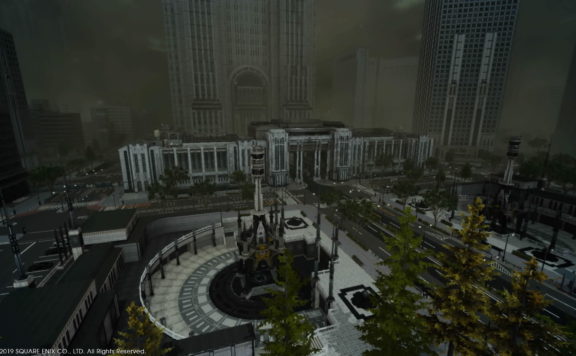 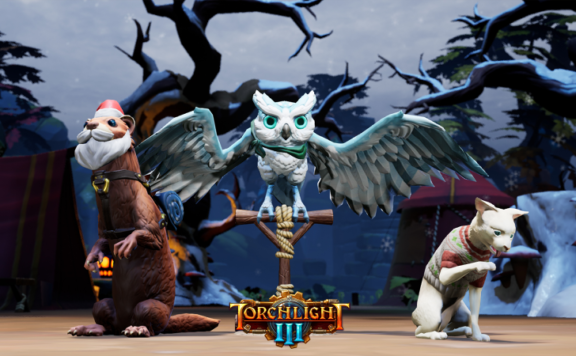 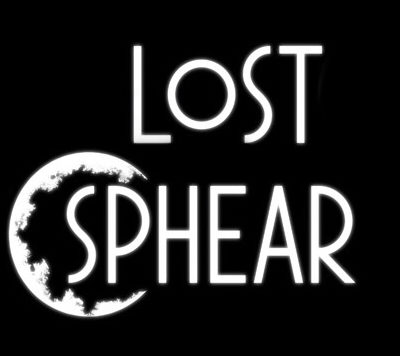 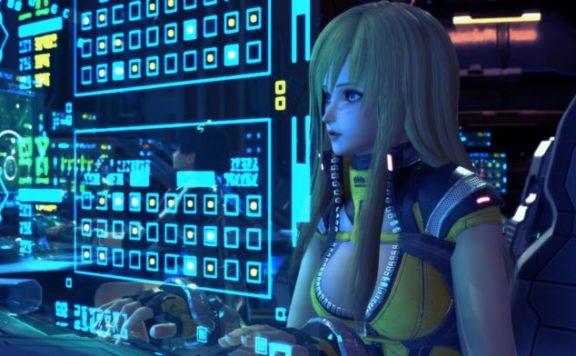 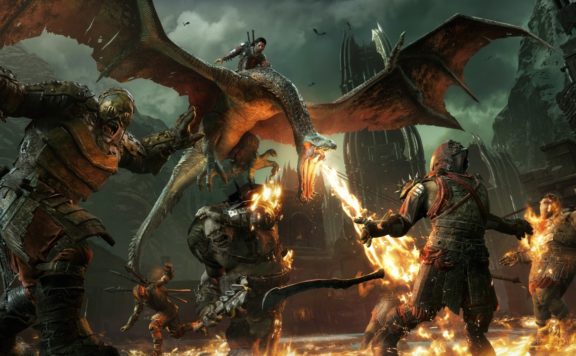 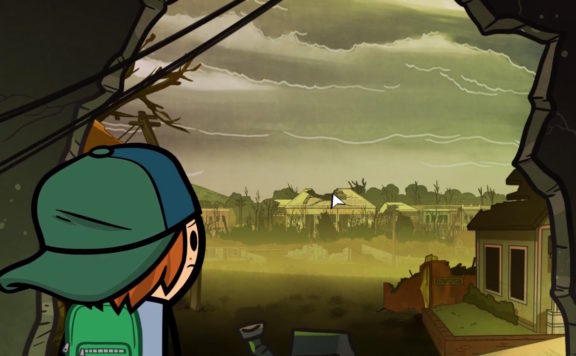