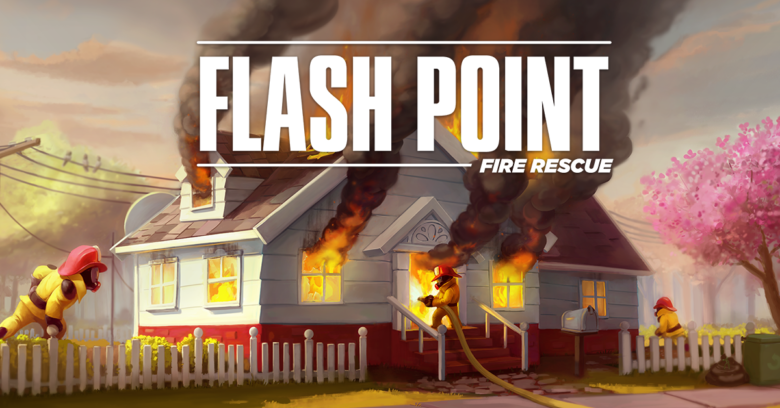 Indie studios have branched out into interesting territory over the last several years including a foray back into the retro-styled world of tabletop gaming. One popular title with tabletop gamers has been the fast and furious Flash Point Fire Rescue. The premise is simple, assemble a team of firefighters and rescue everyone in the burning building before they die or the building collapses. It’s a brutal, unforgiving race against time with a sobering theme. This is our Flash Point Fire Rescue review.

RetroEpic has taken their popular board game Flash Point Fire Rescue and translated it to the virtual tabletop. Players assemble a team of firefighters to combat a house fire while rescuing the inhabitants. Gameplay is turn-based with each rescue team member having a certain number of action points to carry out those tasks. 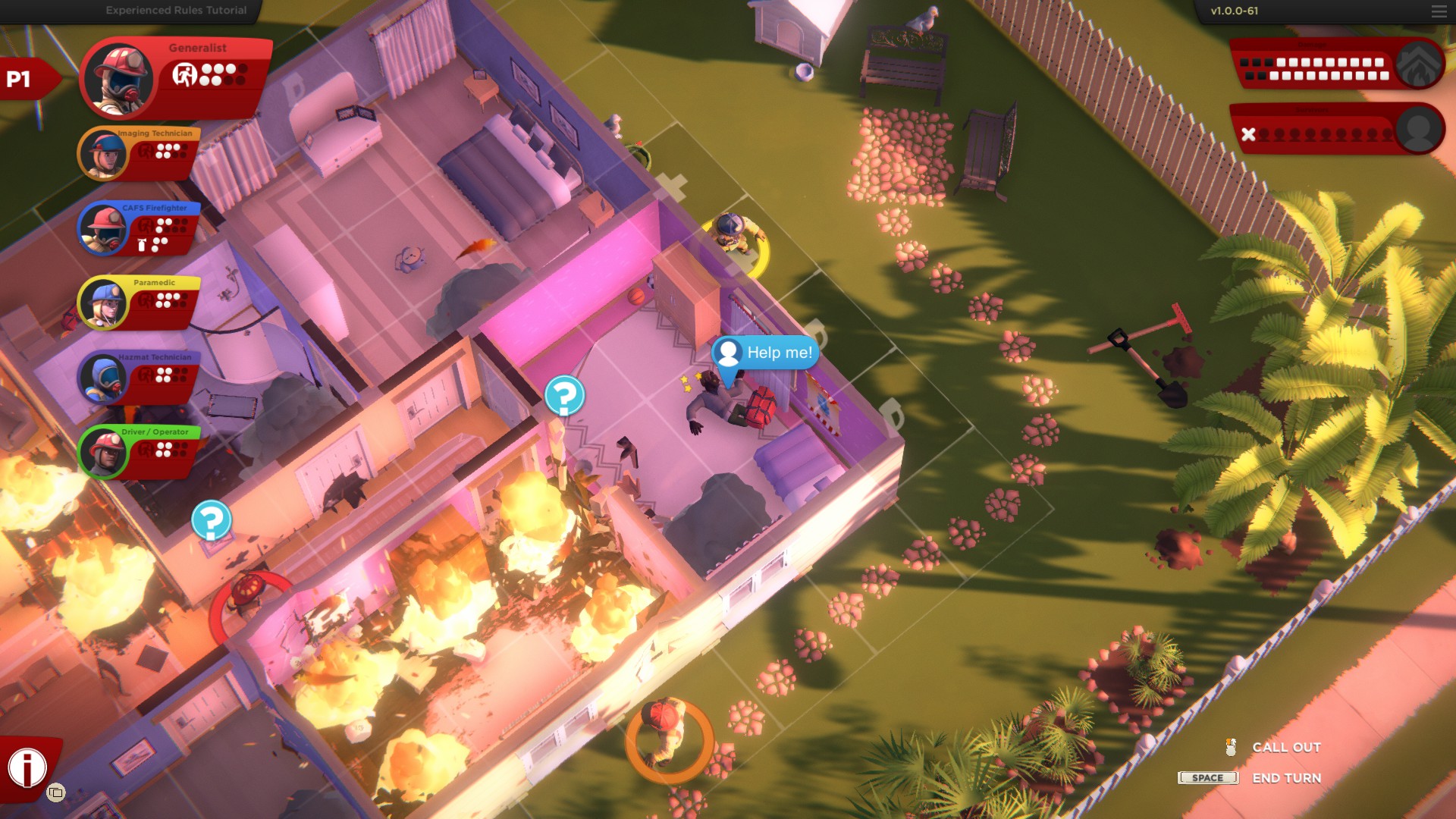 The game has two modes, Family and Experienced, for players to choose from. The “Family” mode has simpler rules and only one type of firefighter. This seems to be the mode intended for casual coop play. The “Experienced” mode has more rules and variables (like hazmat and hotspots), but also rescue team members with various special abilities and functions. 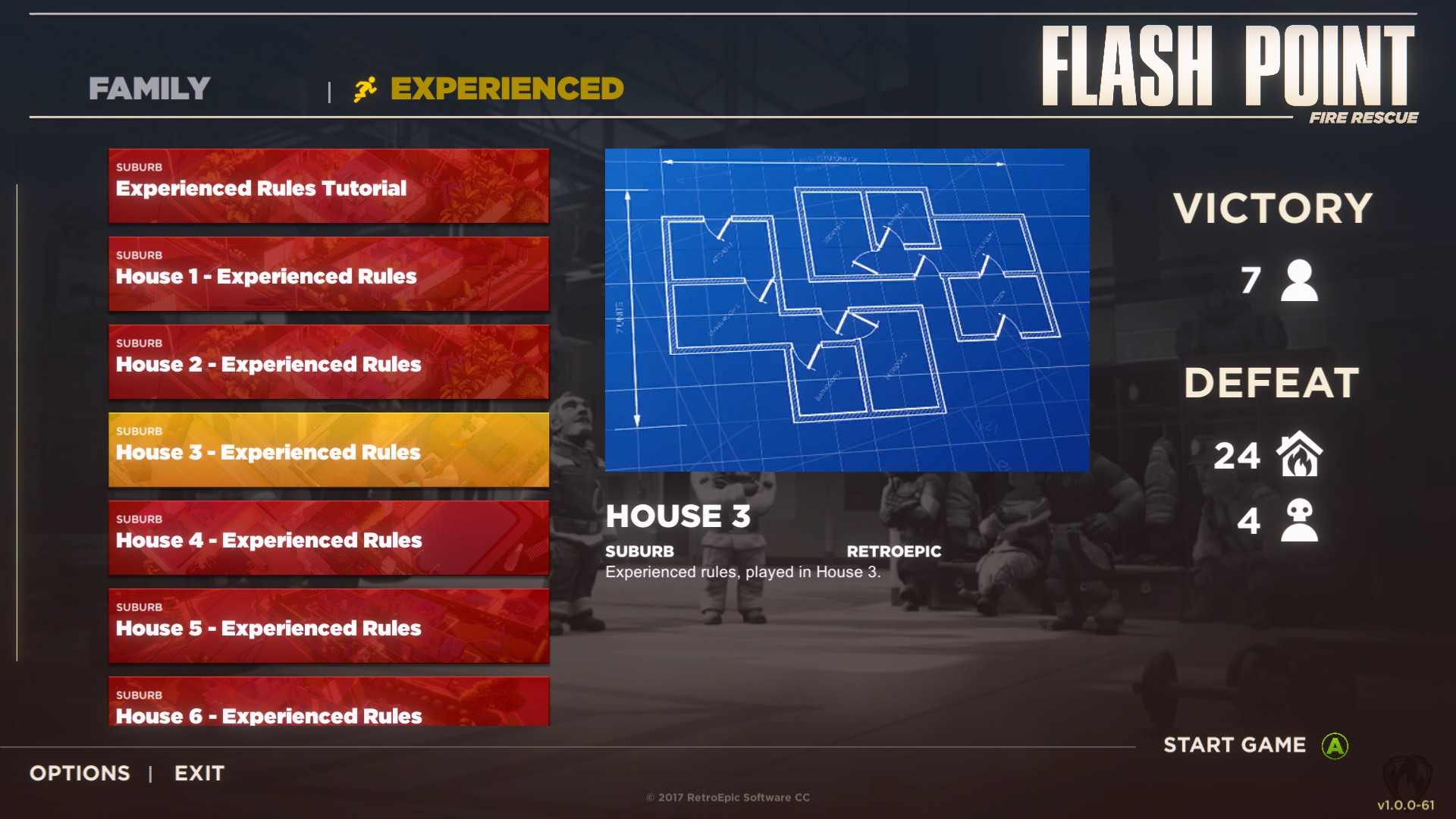 The house plan is top-down and laid out on a square grid. Players place their units around the house in strategic spots they think will start them out with the best advantage. Initial placement is extremely important because it can be hard, or impossible, to get across the board to deal with a critical event in a timely manner. “A timely manner” in this game means, “Before it destroys any likelihood of you winning.”

Once units are placed they enter the house, using their action points to move, and either engage fire and smoke, or points of interest. Points of interest can be people you need to rescue or end up nothing. Uncover the Points quickly and get the people out. In order to battle the flames and rescue the victims, you’ll want some tools to make that happen. This is where your specialists come in. 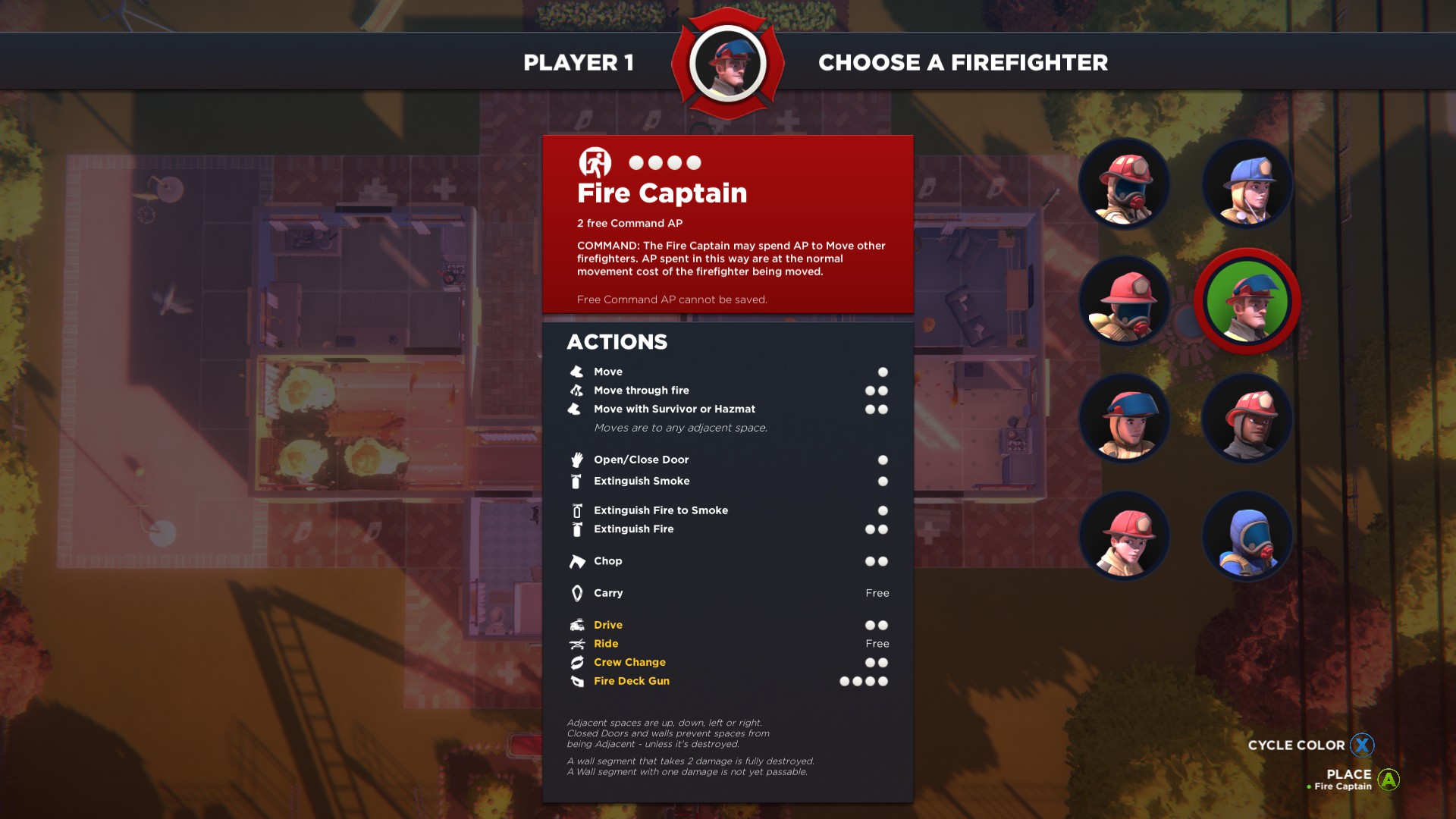 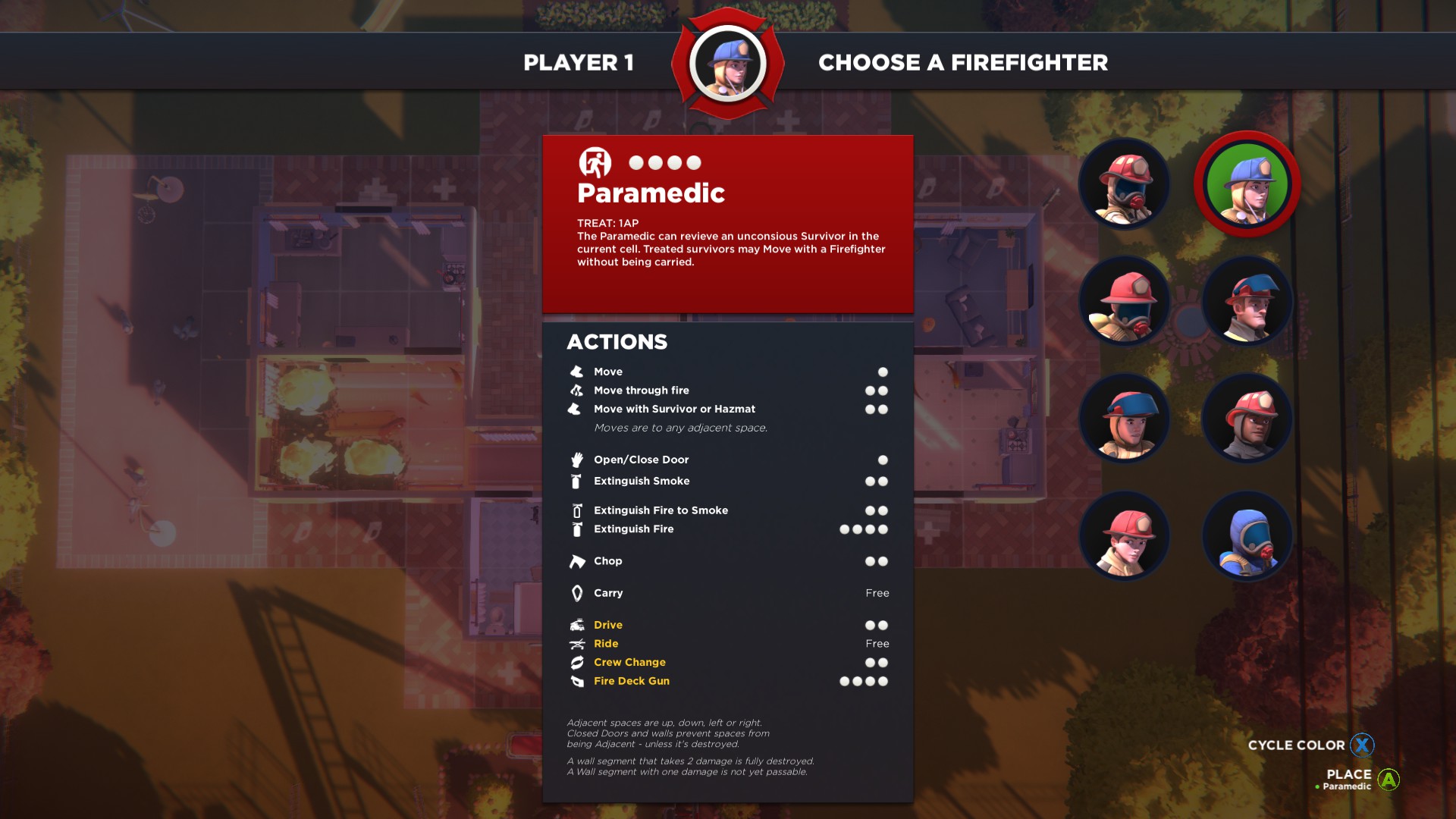 The real enemy here is time, not fire. There is never enough of it. The fire moves too fast. The units feel like they’re going through molasses in a bad dream, trying desperately to reach the victims before the fire kills them. Unfortunately, it feels like I fail most of the time unless random events go my way and I don’t make any movement mistakes. Success feels like a product of the die roll more than well thought out strategy and tactics. Those do matter, but the randomness and unforgiving nature of the game mechanics trump tactics every time. It’s frustrating and led to short play sessions.

This is where the game stumbled for me. It needs coop play to feel complete, but it’s virtually non-existent since it’s local only and on the PC. It also requires a controller and the mouse/keyboard and is limited to two people. So even if I did find someone who wanted to play they would need to be at my PC to do so. Why not just play the board game at that point? Local co-op is fun, but it’s not adding to the game experience in this context. This feature and game should be on your favorite console. It would be a better fit in my opinion. 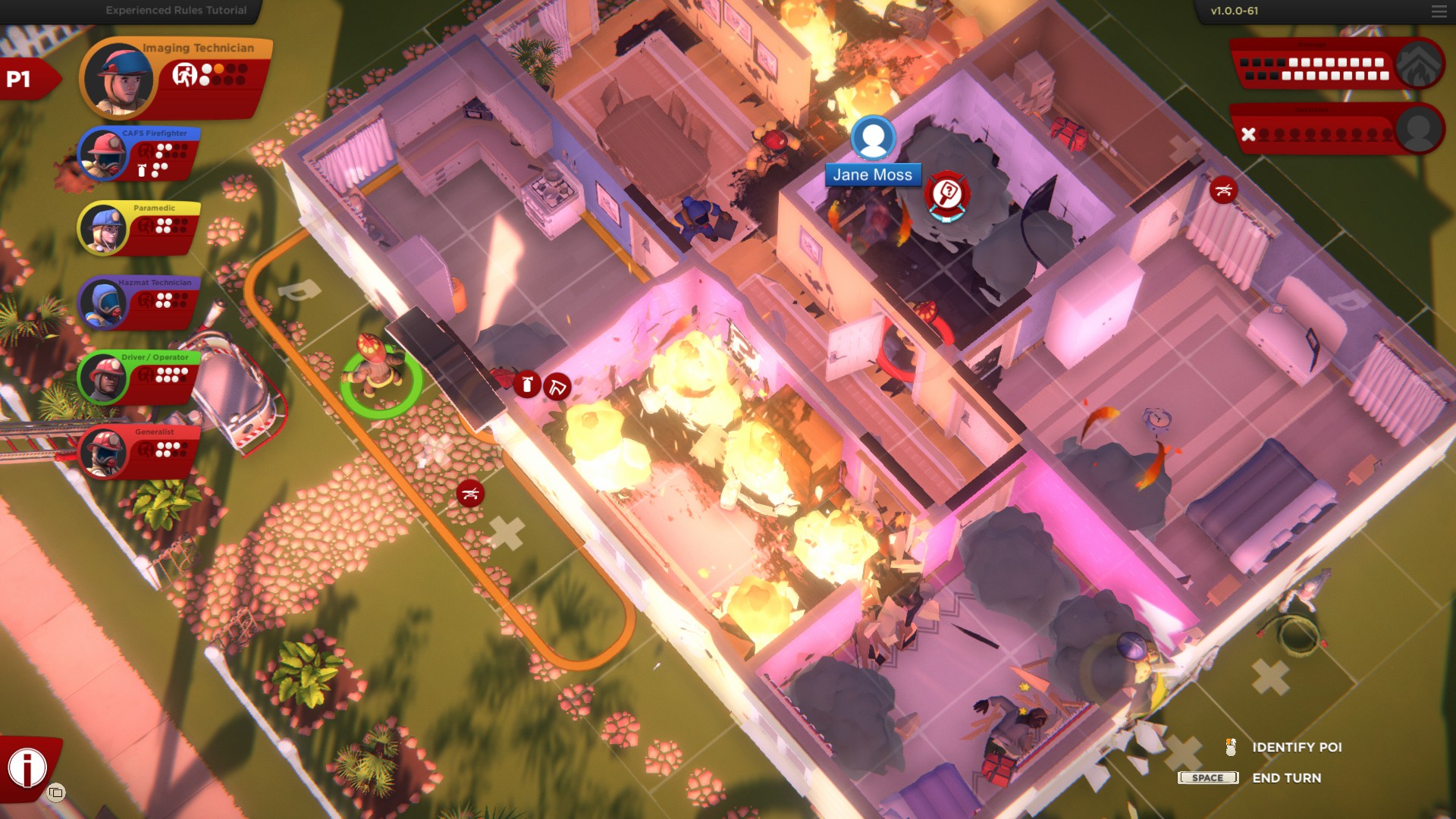 Not all is lost though. It has a solid foundation and the premise is fun, it’s the translation to computer gaming that falters. Add network multiplayer and let Steam users host sessions with each other. Add Leaderboards for maps so players can compete for best time, least damage, or fewest casualties. I could sum it up by saying RetroEpic needs to finish their game. It’s in full release status, not Early Access, but the game doesn’t feel fully baked.

The team is still adding features and that’s a big plus. Right now, if you’re a fan of the board game then you will probably want to jump in and watch this version grow. If you’re not, then I would recommend waiting a few months and see how it develops. Once this game is complete it could be a fun multiplayer virtual tabletop experience. Check out the ongoing development on their Steam Store page and take part in the discussions on their forums. It’s very much a community endeavour and labour of love. 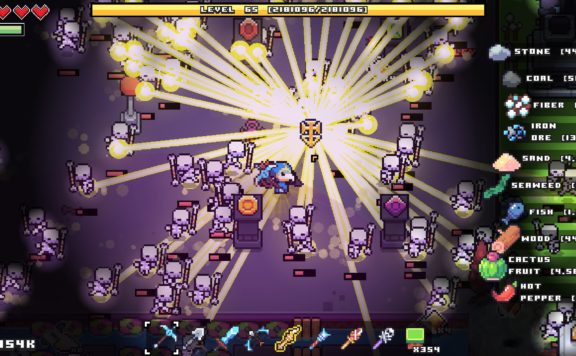 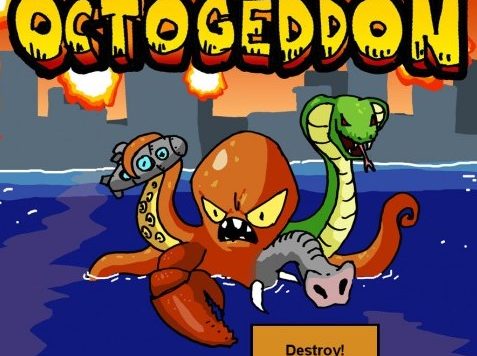