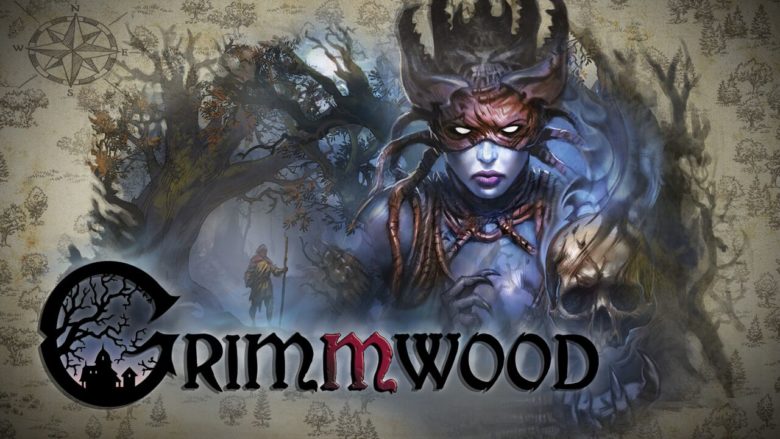 If you fancy yourself as a wanderer, gatherer, slayer of creatures likening to the, ironically, Grimm TV show and you prefer not to go it alone then Big Moustache Games‘ Grimmwood – They Come At Night might be just the game for you! “Grimmwood” is a new unique, multiplayer strategy survival RPG game set in a dark ages period before plumbing and electricity even existed.

The premise is each “normal” game you enter, which is currently a maximum of one character and one active game at a time, is played with other players in an “asynchronous multiplayer” setting. Each “game” follows a real-time 24-hour day cycle. You choose or start a game and players can come and go whenever they feel like, for as long as they like. In open beta, each game allowed up to a total of 30 players (this has been bumped up to 40 for release). As soon as you enter a game your goal is to help fortify and strengthen your village’s, and your own home’s, defences to stand up against the ensuing horde attack on the village. You accomplish this by wandering on huge procedurally generated forest maps while uncovering PvE mobs, gathering nodes, supplies, etc. and helping/cooperating with fellow villagers, i.e. players.

In Grimmwood – They Come At Night, you begin by selecting a “Normal” 24-hour day cycle game or by playing a “Blitz Mode”. “Blitz Mode” is a modified version of the game where a single day lasts only 15 minutes and a village is comprised of up to 10 players. Players are able to wander through the woods longer, but this mode becomes much harder after a few days, so it requires more coordination among players. After you select a game mode you’re presented with an auto-generated character screen. This screen picks a random avatar, traits, and starting inventory items. You are allowed to reroll traits/items a limited set of times. Portrait (avatar) can be rerolled any number of times but of course, there are finite pictures. Gender can be switched freely as well. 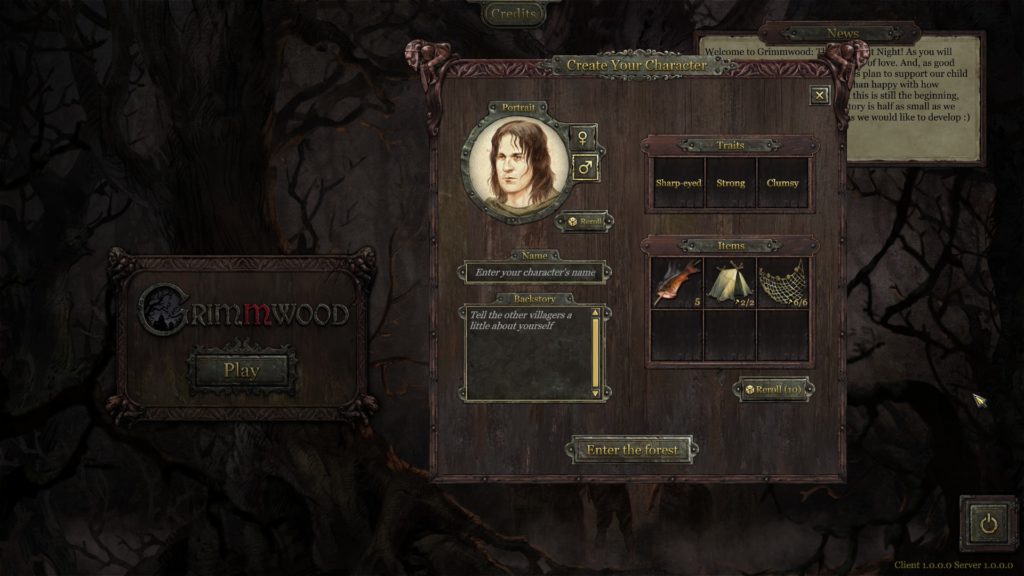 Once you’ve selected your avatar you’re presented with a list of villages, i.e. “server”, which shows you how many villagers are in-game and how many days in they are. The problem I had during this open beta was finding anyone in a village and only being presented with “a” village. Usually, the one that was presented to me was empty. Eventually, I went it alone and then finally 4 or 5 players joined me days later so I never got into a “full” game. I’m told that I was perhaps a victim of a new server being added. Hopefully, this is no longer an issue as the game is just now out of open beta.

Once in the “village” you can access your house, the town hall (the place see whose in your village, and their online status and this is also the place to “banish” a player, oh yes), visit the workshop (crafting), check the village’s defences, etc. This “village” view also contains your character, which is just a portrait with conditions. Abiding by the “typical” survival game rules you hunger and thirst, but you also have to deal with mood swings and the like. 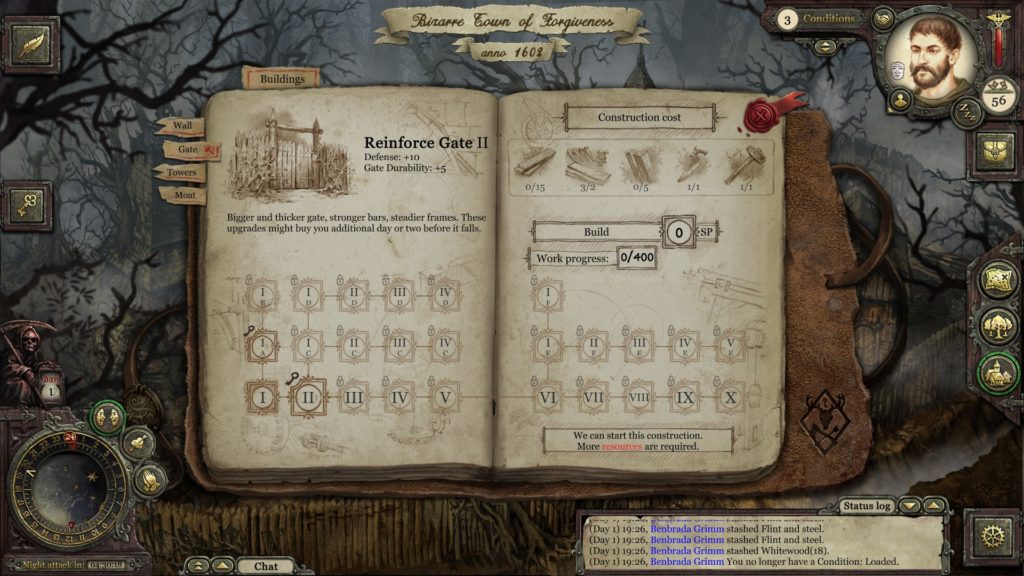 In the above screenshot, you might notice under that handsome dude’s face a circle with walking shoes and a number under it? That my friends is a stamina gauge. Yes indeed, almost every action in this game requires stamina points and no this isn’t a mobile game. There are two sides to that coin, for me, it just meant the time I spent in game day-to-day was limited. If the gauge got too low I logged out and played something else. There are ways in game to bring this stamina back up a bit but the best way was rest, campfire, etc. This is especially more challenging during mob encounters as this game sticks to a permadeath, roguelike style which means “the only thing you take with you to the next Village is your knowledge and your ingenuity”.

So part of the Grimmwood – They Come At Night challenge is how you and your fellow villagers are going to spend your daily stamina. The most fun in the game was wandering the forest map uncovering and visiting nodes using the search function, which also consumes precious stamina. These nodes could contain stash, food, water, gathering supplies, etc. Mobs were never hidden. Those are visible to you as soon as you enter an adjoining hexagon tile-based map. Part of the frustration with only 5 players in our games was being unable to readily branch out enough to find the required resources like dark wood to advance our crafting quickly enough to build planks, pillars, etc. 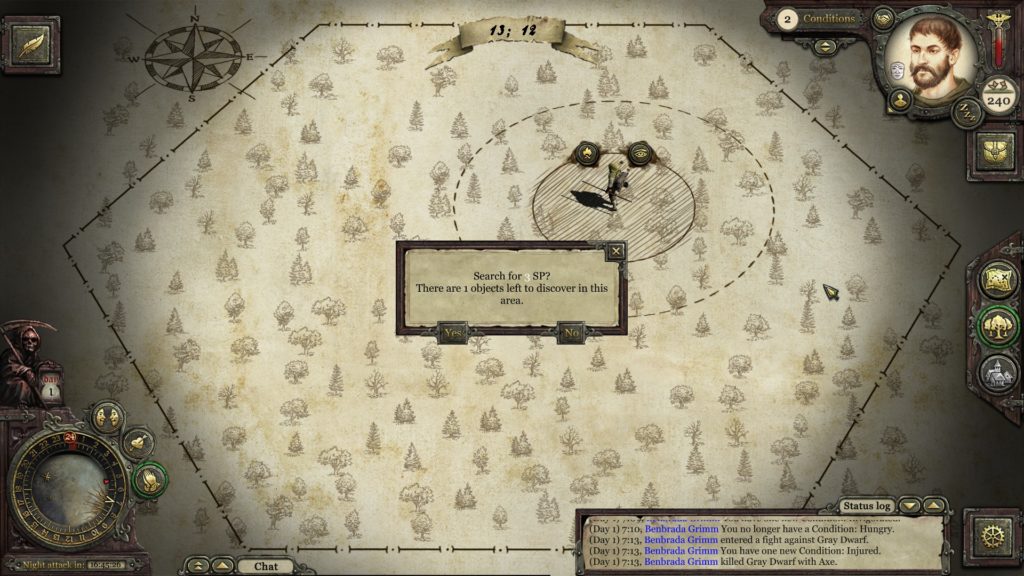 Grimmwood – They Come At Night also lists being able to link up with Steam friends to play but I didn’t see a way to do that or it could just be that none of my Steam friends plays/owns the game yet.

Grimmwood went live on Steam on August 2nd and included a few improvements which should make the game esthetically better to play including:

The Final Word On Grimmwood – They Come At Night Open Beta

Overall, the game has great promise. The artwork is beautiful to look at and the game’s nature makes it a great fit for people who have limited gaming time in their lives. The challenge going forward will be keeping people invested in playing so that when someone enters a new game they can hopefully find a half full or better village to take part in. I believe there was also talk about adding a solo component in the future as well. Grimmwood – They Come At Night, in its current state, is the start of a solid foothold in the market of multi-player, cooperative survival games. The question is can it keep our attention away from other competitors in the same market space that includes contenders such as Rend?

Written by
Scott Jeslis
Scott is a comic book, music and gaming nerd since the late 70s. Gaming all began on the Colecovision and Atari 2600. He buys and reads new comics every Wednesday from his LCBS and helps run an online Heavy Metal radio station.
Previous ArticlePRESS RELEASE: HYPERGUN Brings its Bombastic Roguelite Action to PC this August 23Next ArticleWorld of Horror – Retro Styled RPG Thriller Announced for PC and Console 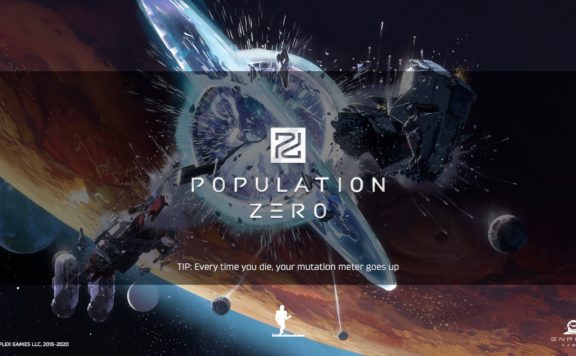 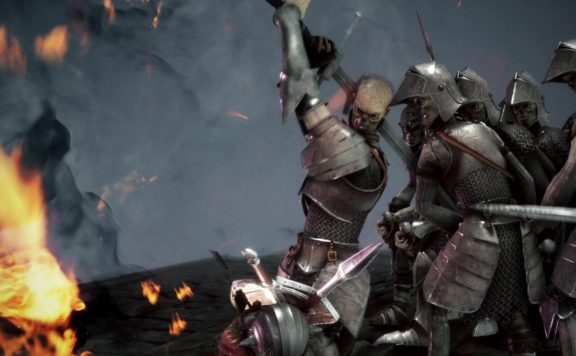