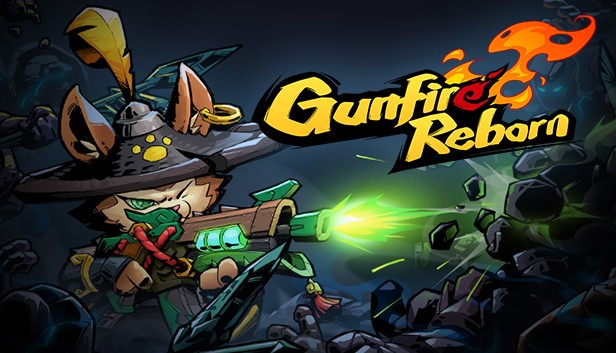 You don’t see many first-person shooter (FPS) rogue-likes, so I approached Gunfire Reborn with some skepticism, about how it would work. Within the first run, you can instantly see the potential if you enjoy rogue-like and FPS titles. The graphics are crisp, with easily achieving 160 or more frames while playing. The combat is easy to grasp and everything in the game is surprisingly well explained. Tooltips are available across the talents and weapons, with just enough information that you’re not guessing on what it does or how it will work with other weapons, scrolls, or talents you acquire through playthroughs. While the two different characters (Cat & Dog)  don’t differ very much other than a signature skill, you truly still get a very unique experience in most cases, with each run you do. Sit back and relax while you check out our Gunfire Reborn review for PC.

The first thing that stood out to me, was how well the character abilities meshed with the gunplay. You can tell that the developers spent the time to really make both upgrades, weapon effects, and talents mesh well to create powerful synergies. You start to want to see and learn how different effects may work with the scrolls you’ve obtained on a run or experiment with combinations you haven’t tried before. The upgrades you get for completing levels also can play a large role in how your character skills or weapons mesh together. With the cat, you get an orb that you throw out that can freeze an enemy and you get an acid cloud grenade. With the dog, you get to dual wield your weapons for a short period of time and a high explosive grenade. There are upgrades that will drastically modify these abilities and could possibly affect how well your weapon performs if it has certain effects. This makes for some really fun and interesting combat, along with learning how to best tackle some of the enemies in the game. 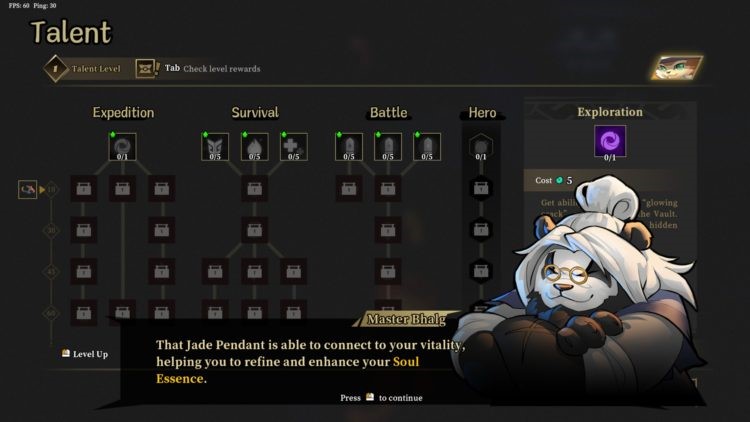 Oh boy, are there a lot of weapons. It becomes fairly obvious early on which are better than others, but once you unlock some modifiers, some less played weapons become very good as well, so long as they have the right effects. Many weapons have no elemental effects, while some will always have specific ones or have an effect that might change its element. Without spoiling it too much, as you progress through the game, you will unlock a lot of talents, within the Expedition tree, there are a lot of options that will drastically change up the game. Early on in a run, most weapons only have 1-3 effects and are typically shared across the weapon types (Light, Heavy, and Special). Be careful though, many light weapons are very good when combined with certain effects, but if you carry two of the same weapon, you’re likely to run out of ammo very quickly and revert back to your base gun (has unlimited ammo). Scrolls are the next big modifier which you acquire any time you beat a level and stage, along with extra events you can unlock (Jumping Puzzles, Crazy Boss Fights, Time Attacks, etc). These scrolls can give any number of benefits and some even come with drawbacks to even out the power they give you. My personal favorite is the life steal on burning enemies, but you yourself get burned as well when you apply that effect.

While working my way and finally beating the normal mode, I felt a rush of accomplishment. It felt that I had learned enough about the game, without feeling like I was being fed a completion. I had to learn what combinations I enjoyed and was able to perform well with, while also learning the different enemy attacks and how to tackle the bosses. The overall experience was great, even when I felt a bit defeated. The only thing that stood out to me about the game, that was a true negative, was the netcode. Random matchmaking and even with specific people who were located fairly close to me, there would be random spikes in some games, where it became absolutely unplayable (highest was 585ms). Outside of that, obviously I wish there was more content, after beating the third level (4 stages per level), I was surprised that there wasn’t more. For the price, it’s actually acceptable, but I do hope that they throw in some free expansions or make some well priced and cheap expandable content, as I would love to revisit this game more after I beat it on the hardest difficulty. I feel that with more content, more characters, and fixing the netcode, this game could become the next FPS Rogue-like must have to play with friends, similar to how many enjoy Borderlands or Risk of Rain.

Our review was completed thanks to a key provided by PR.

Tags: first person shooter, FPS, Gunfire Reborn, rogue-like
Summary
Gunfire Reborn is a strong first person shooting rouge-like title, with well tuned challenging engagements. There is a lot of potential for this title to expand and the developers are actively looking for more feedback to improve the title. I was very skeptical of the title, but after watching others play it, I felt the need to try it for myself. It was a quick grab, which instantly sucked me into 3 hours of straight play to see how far I could get. It took about 3 days to finally beat the normal mode, which required that I really start to understand the games mechanics. Thank you Duoyi Interactive Entertainment Limited for the key to review Gunfire Reborn.
Good
Bad
8
Great
Previous ArticleItch.io Bundle For Racial Justice Passes $2 MillionNext ArticleEuropa Universalis IV: Emperor – Dev Diaries Breakdown Features 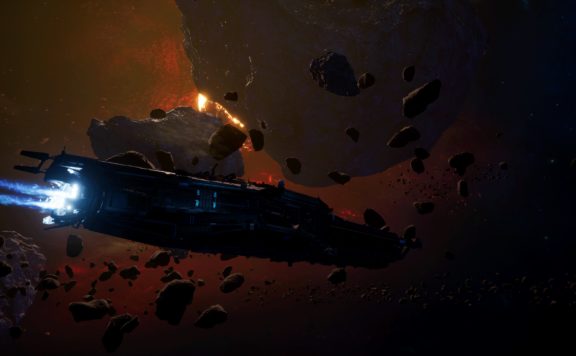