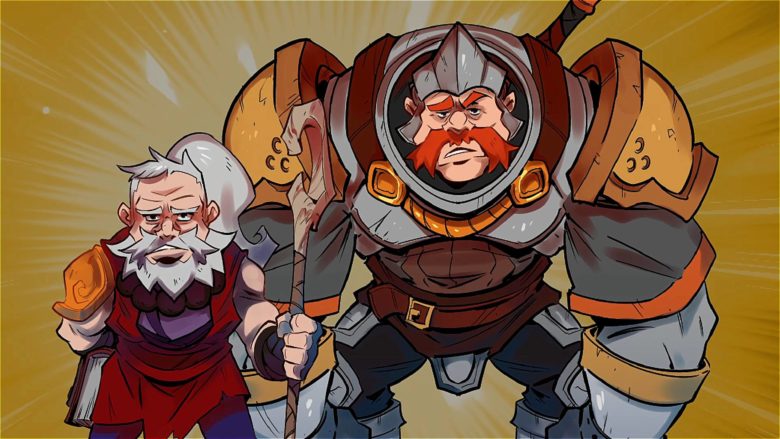 Has Been Heroes launches today on PC, PS4, XB1, and Nintendo Switch. We reviewed the game last week, and found it to be easily one of the more enjoyable new releases on Nintendo’s console. It’s a difficult but addictive roguelike with charming visuals and intense battles. We caught up with developer Frozenbyte to chat about Has Been Heroes, its design, future, and more.

Note: A Day One Patch for March 28th has been deployed to the game, after we reviewed it. It will not affect the score, but as we’ve played the patch we can attest it’s for the better.

Has Been Heroes – An Interview with Frozenbyte

GameSpace: Where did the idea from Has Been Heroes come from? It seems like a radical departure from Trine.

It is indeed! We’ve had a few different teams at Frozenbyte for some time now, working on different projects. The Has-Been Heroes team was initially much smaller and they just started with a mindset of making something that really challenges players. So after a few prototypes, they had some mechanics down that really got the team hooked very early on, and we went with that. The lead designer Tero has been a huge roguelike buff for a long time so that’s where all that influence comes from in terms of the game’s design.

GS: HBH struck us immediately as a sort of cross between Plants vs. Zombies and procedural roguelikes like Darkest Dungeon or FTL. Was this intentional?

We’ve stuck very closely with our initial prototype in terms of design, so the lane-based combat and procedurally generated stuff and all the other roguelike elements were always intentional – calling it a cross between PVZ and Darkest Dungeon/FTL is a pretty good way to quickly describe the gameplay, as there are some familiar elements in Has-Been Heroesfor players of those games.

Has Been Heroes - Rant on Rob review

GS: The game feels incredibly at home on the Switch, though I know it’s coming to pretty much all systems. When did you know you’d be developing it on Nintendo’s new console?

Thanks! We knew for sure we’d be making a Switch version sometime last Fall – it was of course something we’d thought about for longer back when it was still called NX and even when we had no info on the system, but full confirmation and development started late last year.

GS: Do you see yourselves bringing past games like Trine to the Switch?

We’ve done so many ports over the years for Trine and Trine 2 that we’d rather concentrate on bringing some totally new games to the Switch now. It might be an option further down the line though.

GS: What’s it like working with the system? Pluses and minuses compared to PC/PS4/XB1?

PC is always the easiest, but Switch has been great to work with as well. It’s a platform that Nintendo has really designed to be easy for developers, and we couldn’t be happier with it. I’d rather not spark any console wars by comparing the three consoles though! They’re all good! 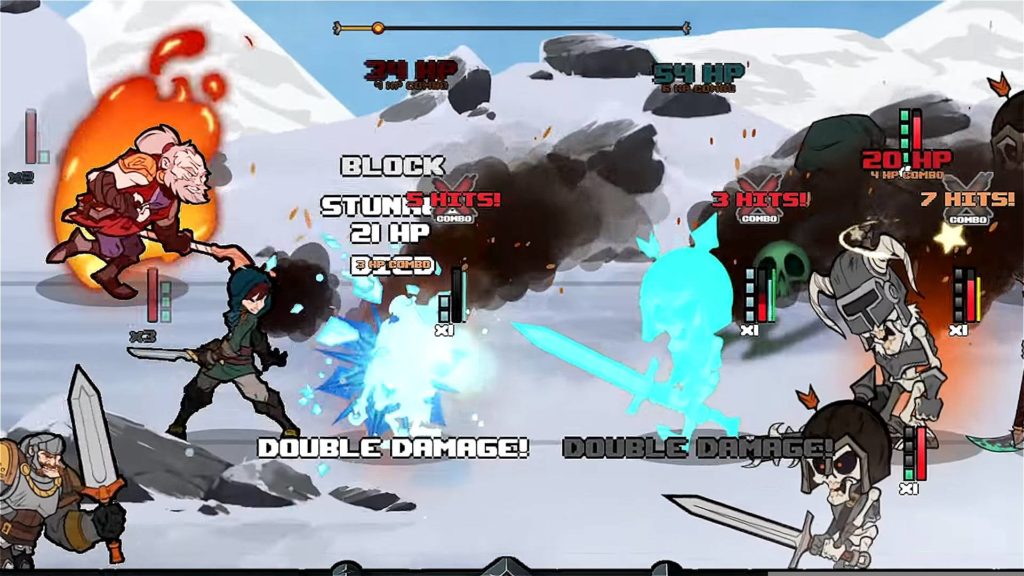 GS: HBH feels like it could work really well as a mobile title too – have you thought about phones and tablets?

It could work, but the controls are a really key part of the experience and they work by far best on a controller. So we haven’t planned anything yet.

GS: What’s most impressive to us about the game is that at first the combat seems straight forward – keep the bad guys at bay. But then you start to earn more and more spells and see how they interact. It’s almost like a puzzle game once you get that far along. That’s less of a question, I guess, and more of a compliment?

Haha, thanks! Yeah the game’s core mechanics are pretty easy to understand and grasp, but there’s definitely lots of experimenting with different spells and tricks you need to know to advance the further you get in the game.

We have a day 1 patch coming but that is more of a visual and balancing update… We’ll have to see about content updates, the stuff we have on launch is pretty tough to beat as it is! 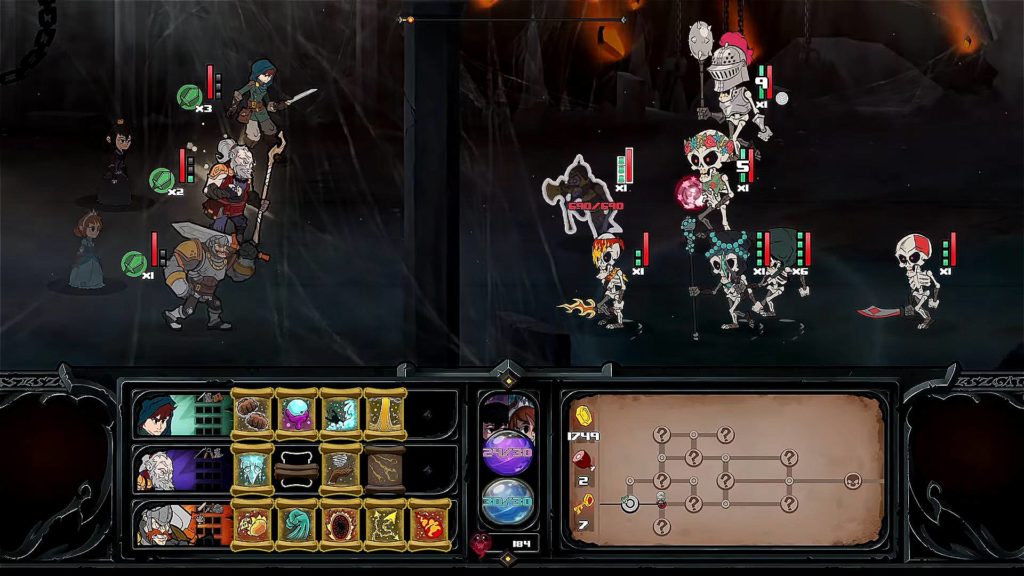 GS: What’s one thing you hope players take away from Has Been Heroes?

The game is about a lot more than what you might have seen in the trailers so far – the movement on the map, acquiring new spells, items, blessings etc. are a very big and fun part of the game as well because they’re all randomized, so every time you play you’ll end up with something different. There’s huge variation since the spell pool is 300+, item pool 200+ and there’s over 200+ enemy variations, and you get to unlock additional characters too. There’s quite a lot to be found.

Tags: Frozenbyte, has been heroes

Written by
William Murphy
The Greatest Excite Bike Player of All Time (GEBPAT for short) and Editor in Chief of GameSpace.com and MMORPG.com.
Previous ArticleMetal Gear Solid Brought to Life in LEGO WorldsNext ArticleFATED: The Silent Oath Available Now on PlayStation VR 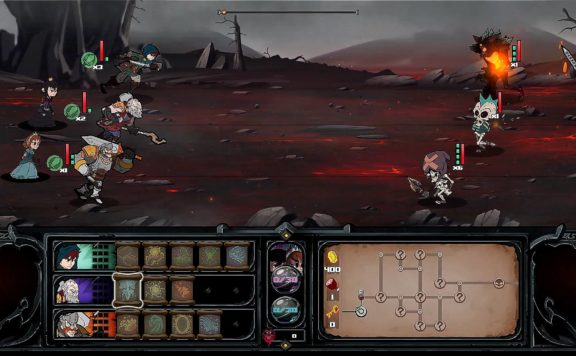 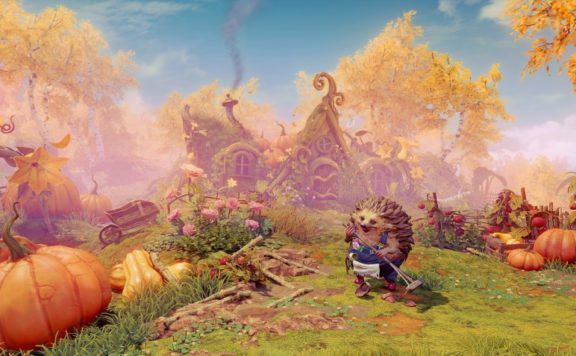 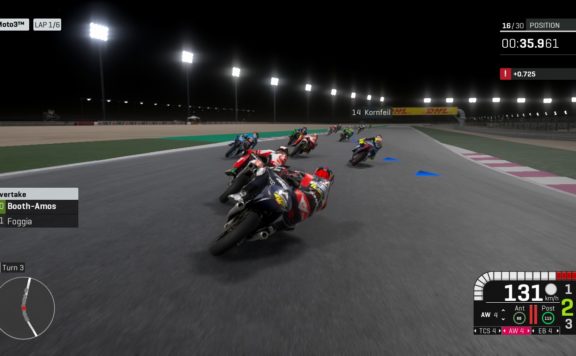