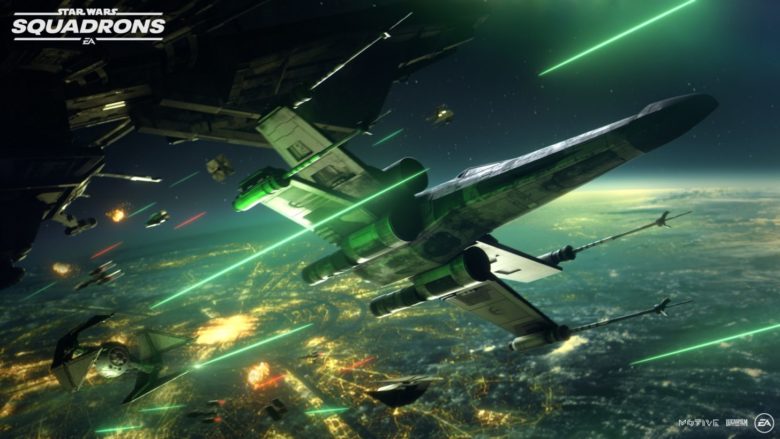 Here we are on another Tuesday with another great crop of Xbox games coming out the gate. As with nearly every week, there’s something for everyone no matter your favorite genre. Crash Bandicoot 4, Star Wars Squadrons, and FIFA 21 are some of the amazing games coming to Xbox this week so sit back, relax and see what piques your interest.

A twin-stick arcade shooter with single-player and co-op play modes, six lively game worlds, and a cast of strange monsters and historical characters. Master an arsenal of futuristic Edwardian weapons as you fight otherworldly creatures and attempt to save the Commander in Chief.

Projection: First Light follows the adventures of Greta, a girl living in a mythological shadow puppet world, as she embarks on a journey of self-enlightenment with the assistance of legendary heroes from each culture she explores. Accompanied by atmospheric visuals and an ethereal soundtrack made with antique instruments used for shadow puppet performances, Projection: First Light takes players on an inclusive voyage through the history of shadow puppets as it evolves through Indonesia, China, Turkey and 19th century England.

Re:Turn – One Way Trip is a 2D side-scrolling puzzle-adventure horror game. Trapped in a ghostly train, Saki must search the past and present to find and save her friends. More importantly, Saki must use her wits if she is to survive against an unspeakable evil hellbent on avenging unrequited love.

Commander 85 is a sci-fi thriller about a seemingly ordinary birthday present that changes the lives of the main characters forever, disturbing the sleepy peace of the Chicago suburbs. However, when the military experiments get out of control and the world faces the threat of nuclear war, you won’t be alone. Together with a group of friends and a crazy scientist, you’ll have to try and end the Cold War, discover the secret of the Commander computers, and find out the mysterious truth behind the Roswell incident…

Feather is a relaxing bird simulation perfect for unwinding. Whether solo or with other online players, Feather will have you become a bird and explore stunning locations as you soar through the skies! No enemies, no combat, no threats – just peaceful flight by yourself or with other birds. Yes, the passive multiplayer in Feather allows you to join a flock and enjoy flying with others or just relax on your own! Explore a vast open-world, finding new songs in every nook and cranny …. Immerse yourself in a beautiful island that responds to your presence with a hum, tone, and rhythm beyond human comprehension.

Forget everything you know about drifting. Set in a ‘90s retro-future, Inertial Drift is an arcade racer with a devastatingly unique handling model and unbelievably satisfying twin-stick drift mechanics. Inertial Drift offers a whole new level of accessibility and challenge to the arcade racing genre – for a driving experience genuinely unlike anything you’ve played before.

You are an adventurer brought by fate to an abandoned castle. You only have your favorite sword and the remains of an old armor with an unusual device – a sword-breaker. Step in and try to overcome the obstacles and foes that stand between you and the treasure you’re hunting. In this interactive fiction, you take every action and decision. How your story unfolds and ends is entirely up to you. Some moves can change your karma and others may lead to the darkest corners of the castle… It is strongly advised to choose your next step carefully, as it might also be your last!

EA Play members can try FIFA 21 before launch starting October 1 and score exclusive pre-launch challenges and rewards – plus benefits all season long, like unique items, Ultimate Team Season Objective XP boosts, and a 10% discount on EA digital purchases. Whether it’s on the streets or in the stadium, FIFA 21 has more ways to play than ever before, including the UEFA Champions League and CONMEBOL Libertadores. FIFA 21 launches in full on October 6 for Ultimate Edition; October 9 for Standard Edition.

It’s the end of the 20th century, on a historic timeline different from that which we know. A manmade island off the coast of Okinawa is humming with a dirty, exotic vibe – and it’s awesome! Rust and faded concrete glisten in the morning sun and the late-night neon, showing off the various facets of the island. Let yourself go to the subtropical sun, the sound of the waves, and the scent of dank weed, and let some real deep cuts and unknown classics of the 1990s hip-hop take you away. It doesn’t matter whether you’re chilling on a couch on a rooftop, having a drink at the bar, or capping fools in a firefight in some sketchy alleyway – these dope-ass tracks are gonna get you moving!

It’s About Time – for a brand-wumping new Crash Bandicoot™ game! Crash fourward into a time shattered adventure with your favorite marsupials. Neo Cortex and N. Tropy are back at it again and launching an all-out assault on not just this universe, but the entire multiverse! Crash and Coco are here to save the day by reuniting the four Quantum Masks and bending the rules of reality.

Pilots wanted! Buckle up, feel the adrenaline of first-person multiplayer space dogfights alongside your squadron, and learn what it means to be a pilot in a thrilling Star Wars single-player campaign. Pre-order to get the New Republic Recruit and Imperial Ace cosmetic items!

A thousand years ago, a great battle ensued between two dragons, one gold and the other silver, where they were sealed away. Many centuries later, the Silver Dragon reawakens, and launches an assault on a frontier village. Lucas, a royal knight serving as a guard, little does he know he is, in fact, a descendant of the hero who once sealed the Gold and Silver Dragons in human form. Nonetheless, when the tragedy strikes, he soon sets out on an adventure to save the world!

Written by
Suzie Ford
Suzie is an avid gamer and has been since 1995. She lives in the desert with her own personal minion while dreaming of pixel worlds beyond Earth.
Previous ArticleSchneider Reveals The APC Back-UPS Pro Gaming UPSNext ArticleParadox Reveals Update 2.0 ‘Marius’ for Imperator: Rome 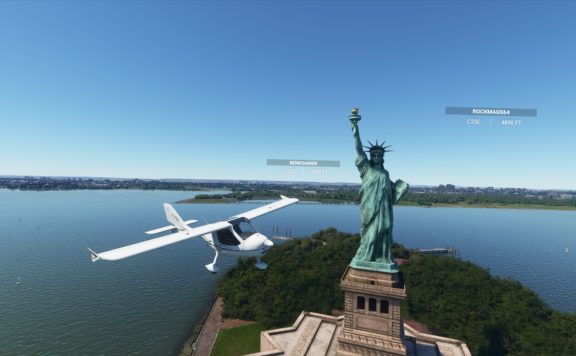