Do you like first person adventure games? Exploring strange environments? Eerie robot bears with Russian accents? How about talking corn? If you answered yes to any of these, then Maize from indie studio Finish Line Games might be the game for you. This is our Maize review.

What better way is there to start off an adventure game than waking up at the entrance to a corn maze? You have no idea who or where you are, and have but a single direction to go. You head off into a world that gets more bizarre with every step. As you move through the world, you will discover the story of a top secret facility and how two bumbling scientists created a sentient race of corn. Yes, corn. What happened to the scientists and what does the corn want from you? The answers to these questions, and many more, will be revealed as you traverse a story full of offbeat humor. 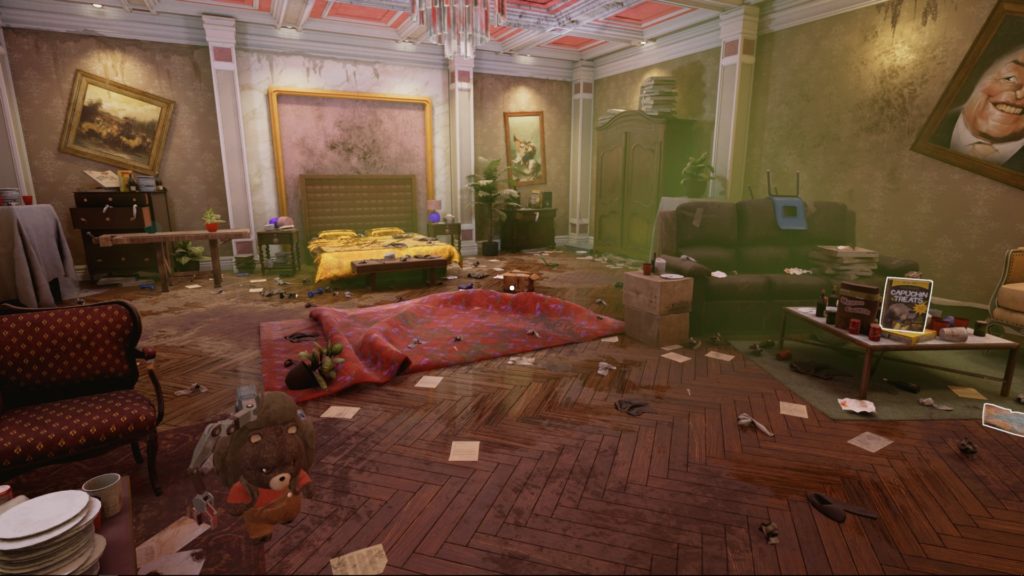 Partnered with the humor is a visually beautiful world. Much of your time will be spent taking in all there is to see each time you come across a new area. It is obvious the developers know that immersion is an important piece of any adventure game, and they painstakingly created an almost overwhelming amount of visual data for you to digest. Much of the story is told by notes left scattered about by the missing scientists, but the detail of your surroundings gives you a deep, disturbing peek into their psyche and the chaos they have left behind.

Unfortunately the same can not be said about the audio. Your hollow footsteps, along with the grinding gears and abusive banter of your robot bear Vladdy, will more often than not be the only sounds you hear. Sure, there are moments where you will hear a fluorescent light buzzing above your head, but most rooms and hallways are deathly silent until you trigger an event such as moving an object from one place to another. The background music also fails to add to the atmosphere, and quickly becomes so repetitive that I had to turn it off.

Along with the audio, the other immersion breaker is your inability to interact with any objects other than plot devices. Bottles, plants, dishes, books, you name it, it doesn’t move. I would expect to be able to pick up and toss around at least some of the useless items laying around,

but if it isn’t an item whose description includes some background lore (known as a Folio Item), or something you need to solve a puzzle, it is merely eye candy. 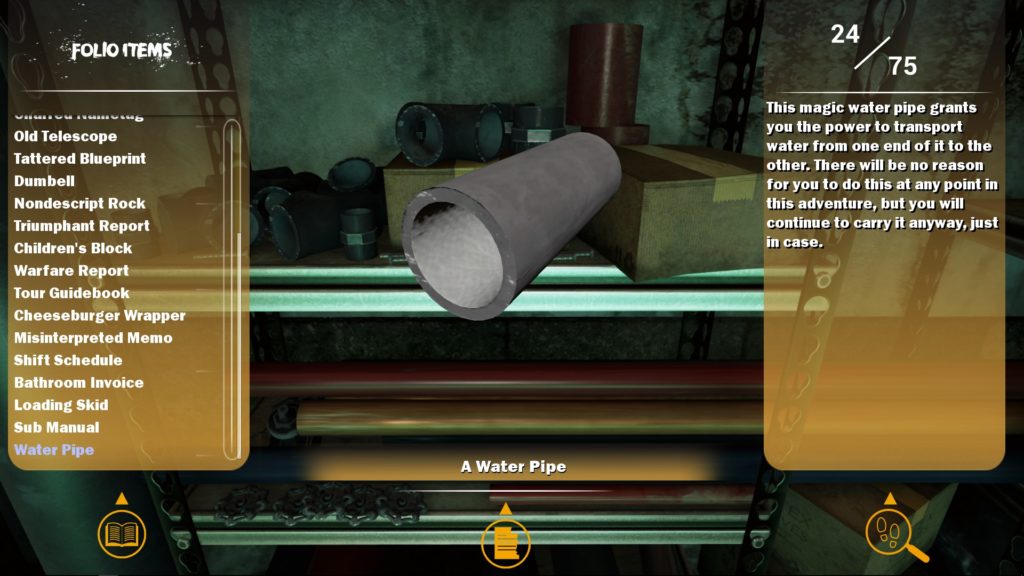 Speaking of puzzles, there really aren’t any. If a difficulty of 10 is cracking open a locked safe, the puzzles in Maize would be equivalent to opening a shoe box lid held down by a piece of tape. 99% of the puzzles are as simple as, 1. Enter a room and pick up any item that has a white outline around it, 2. Take said items to the nearby spot that has been highlighted, and 3. Place items in the highlighted area. At that point a new area that was previously blocked off by a big pile of orange boxes will now be accessible. You will not be able to continue on without having any items you need in the future, and the game will even block the path you just came from if you no longer need to go there. Very simplistic. 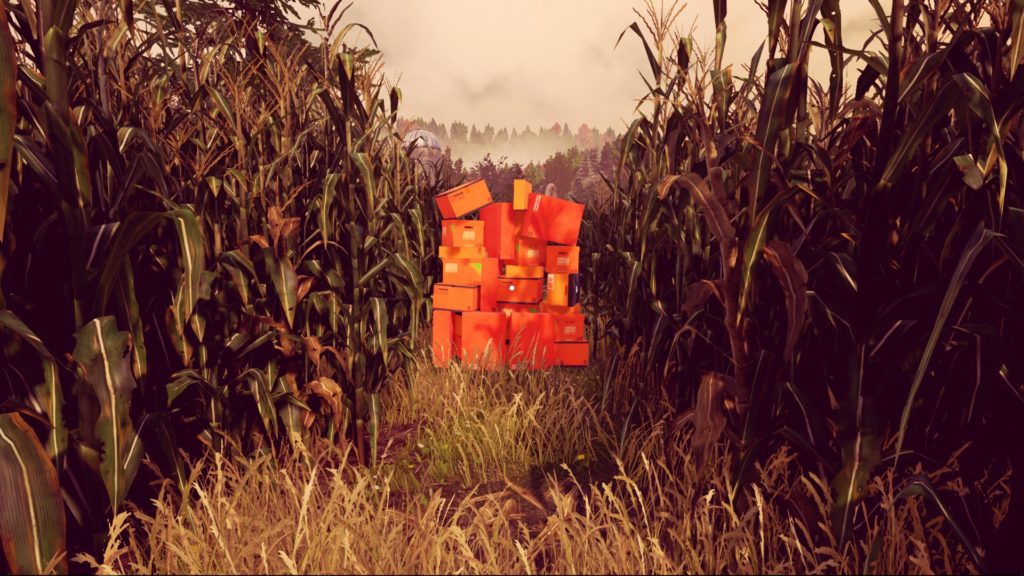 With all that said, Finish Line Games delivered a good story with a vein of quirky humor running through it. I continually wanted to get to the next room to advance the story, only to wish the audio quality matched the visual detail. Along with more audio queues, increasing the difficulty of the puzzles would change their offering from a good story into a great game.

Written by
Mitchell Gassner
Old enough to have played retro games when they were still cutting edge, Mitch has been a gamer since the 70s. As his game-fu fades (did he ever really have any?), it is replaced with ever-stronger, and stranger, opinions. If that isn't the perfect recipe for a game reviewer, what is?
Previous ArticleNo More Nazis – Wolfenstein 2: The New Colossus trailer gets hypedNext ArticleRuiner is shaping up to be one hell of a ride