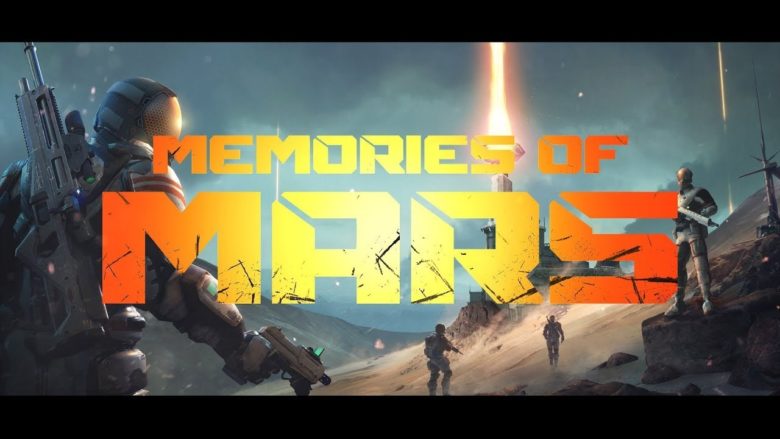 Just to show that’s it’s not all about Battle Royale games, publisher 505 games brings us Limbic Entertainment’s latest game Memories of Mars. Set on a desolate Mars landscape, it’s up to you and other players to survive against what’s out there in this harsh landscape in this latest survival game. It’s time to dig a little deeper and see what’s inside. This is our Memories of Mars review.

You get treated to a nicely done cutscene showing your clone awakening in a dark lab and things skittering in the ducts. From there you walk out of the lab with the barest of necessities and pick a spawn point. What story there is in Memories of Mars so far is light, it focuses more on the aspect of survival and gameplay over story. While you walk the desolate landscape, you have to worry about you oxygen supply, your health, your calorie intake and the darkness. You start with a simple portable 3d printer that allows you to construct the most basic of gear. Ammo for your horrendously bad pistol, flashlights, yummy food paste, and iron bars just to name a few of the items you make to start with. Then it’s up to you or you and some friends to go from there. 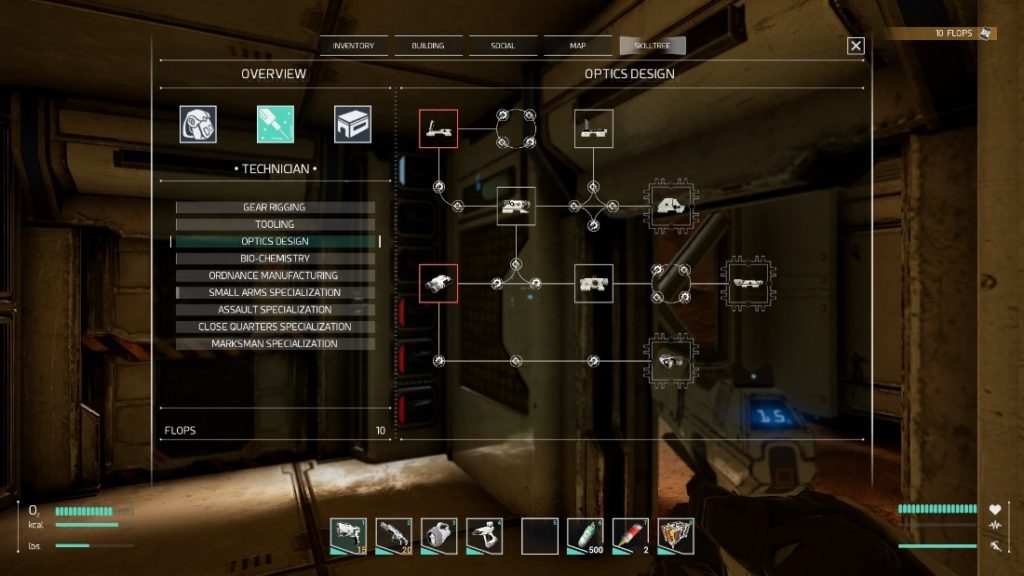 Memories of Mars has an in-depth crafting system that not only revolves around items, upgrades for items but also making items better via the skill tree. But that’s not all, there’s also base building in the game. All of this sounds great to begin with, until you notice how you learn things on the various skill trees. They all require the same monetary unit. FLOPS. IN and of itself, that might not be too bad a thing except for the fact that as you progress further into a tree for certain things (like an upgraded pistol extended magazine) the price to learn increases exponentially.

There are several trees not only for item crafting but also for building crafting as well, making that one single item (FLOPS), be a must have item that can be in short supply. You can’t learn everything because of this, which wouldn’t be so bad if you were playing with friends, but if you’re playing alone it just makes the game that much more of a grind and locks things you may want to play with like building parts behind walls. This can also be further compounded by the fact that once you build a building and put a device to claim ownership of it, it requires a constant supply of FLOPS as currency for ownership.

Another problem or this may be intentional, is the rather poor handling in regard to guns. Reload times are crazy, hip fire is practically a guaranteed miss and even while aiming down sights at times the gun seems to jitter and just shoot off from where you are aiming. This is compounded by the main enemy you see in the beginning, robot spiders. They have a few different types with ranged shots and acid that are accurate at hitting you. Meanwhile trying to take them down with the basic pistol can take upwards of six shoots. It makes for some hard fighting as those things are some of the best loot providers of FLOPS. 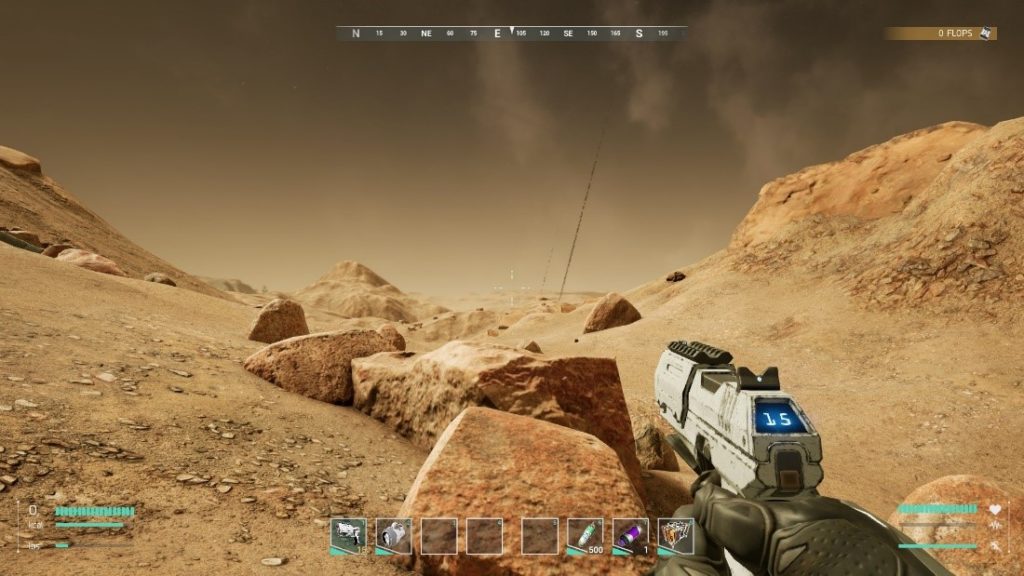 Overall Memories of Mars has a great concept. But is bogged down by several skill tress that are hard to get to because of a singular currency. Also, some rather poor gunplay, which is something that should be better for a survival game like this where not only do you need to shoot robot spiders, but also other players. It can be fun at times, especially if you like the thought of mining and building your own base and crafting various things for yourself. But oftentimes it is just for yourself. The servers for the most part seemed quiet. There is a huge update on the horizon which promises more additions, more server events and separate PvP and PvE servers. But now I would only recommend the game to those who seek something different in the survival genre that is a bit harder than others.