Calling all Marvel Thor fans, here’s a game you might be able to identify with. The term Niffelheim is considered to be “one of the Nine Worlds and is a location in Norse mythology which sometimes overlaps with the notions of Niflhel and Hel” (Wikipedia). And that definition pretty much lays the foundation of where you’ll be spending your time in the game of Niffelheim! This open-world, side-scrolling (2D) survival RPG game embraces familiar mechanics in a slightly different environment. Originally released on Steam / PC back in September of 2018 (see Matt Keith’s review here) the game finally sees a console release. This is our Playstation 4 review of Ellada Games‘ Niffelheim!

In Niffelheim (the game) you play a Viking Warrior who has fallen in battle. Instead of finding eternal rest in Valhalla your soul is imprisoned in Niffelheim (the place). Naturally, your goal is to get into Asgard. You just need to survive until you can find the pieces that create the portal to Asgard.

In order to survive you must gather, craft, build, explore and defend all while working in a familiar day-by-day clock system.

Niffelheim is an open-world game but is played in 2D, i.e. as a side-scroller. Character creation starts with picking one of four warrior types, akin to class types. You then get to pick a starting region depicted by animals, such as wolf, bear, etc. which assigns you to a respective clan. 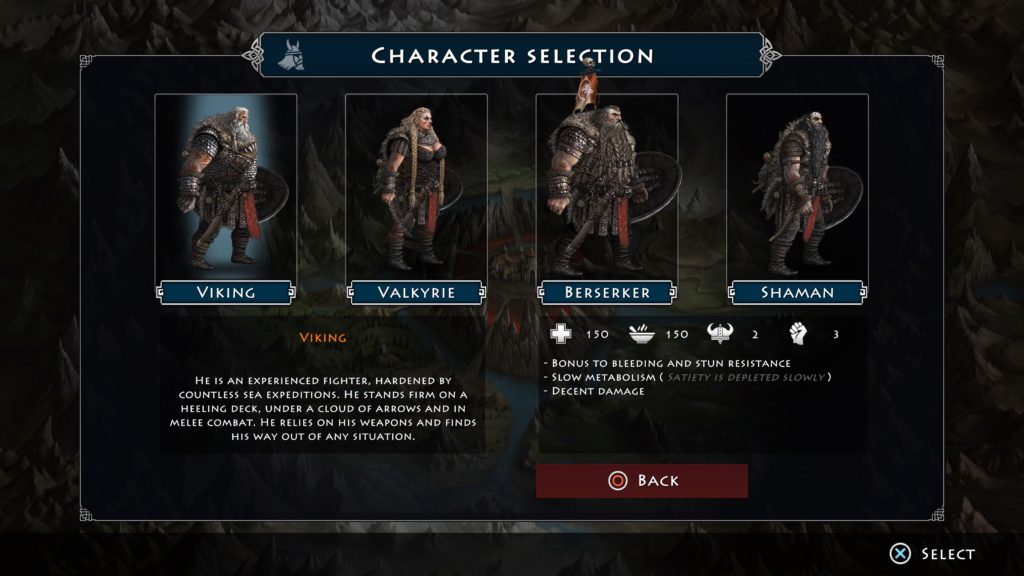 The models, environments and loading screens all appear to be hand-drawn. They are quite beautiful in their own right. The majority of the character models are quite stoutly, a refreshing change from most games nowadays. When walking it’s almost like your avatar is a paper doll where your lower section and legs are moving in a pendulum fashion, it’s different but odd. There were some “minor” stutters when walking through the environment now and then but nothing to ruin the overall experience.

Niffelheim is truly “open world”, you decide what to do at the get-go. You can create and improve (i.e. level up) workshops for cooking, forging, alchemy and woodsmithing. So it’s up to you to decide how to proceed. 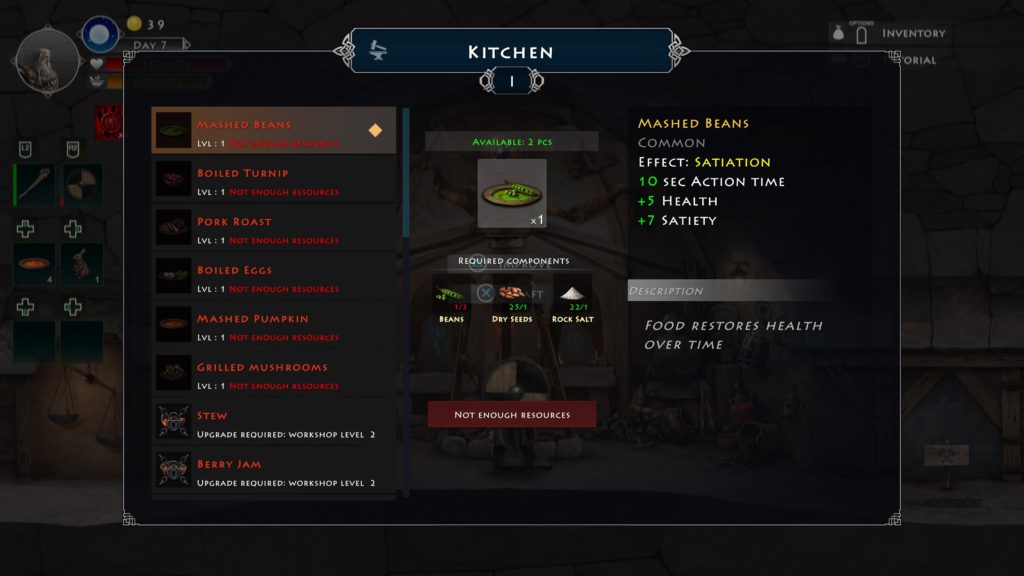 One thing to worry about right off the bat is hunger and your satiety meter. To me, the satiety meter seemed to be a bit aggressive. While the gathering is very easy, eating raw cabbage does little to affect the meter. Your best bet is cooking but it takes a while to get to the level where a lot of good recipes open up.

Controls, in general, are excellent. As you walk side to side in the environment areas things, e.g. fruit bushes, seeds, etc. are on a layer right behind you. When you walk by something that can be picked or chopped the associated action button shows up on the screen. 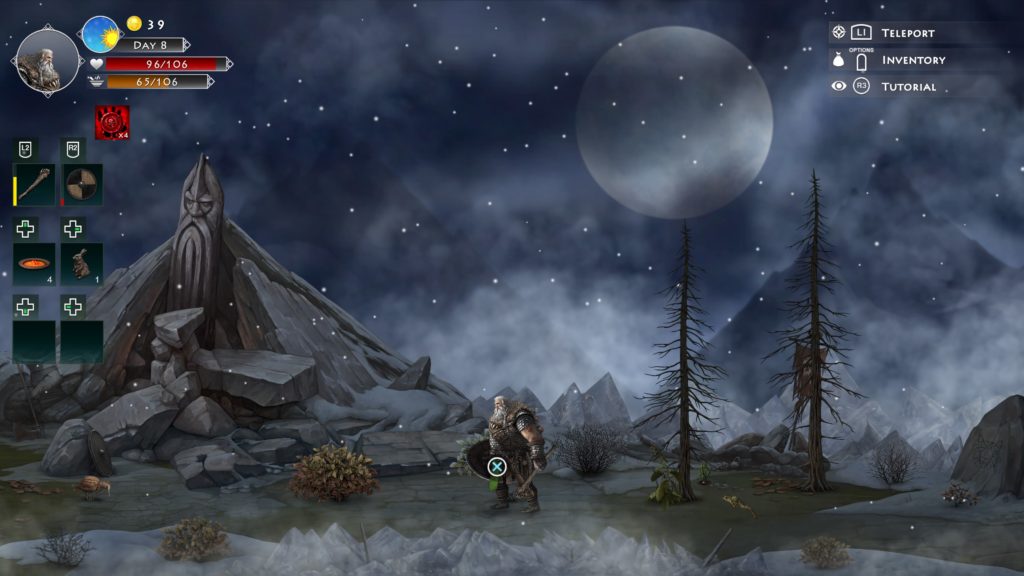 The same can be said for mining underground. Press the triangle button once, if you’re near a minable wall, and your warrior heaves his pick-axe once. Another triangle button push and he/she proceeds forward taking another hefty heave.

Equipment and items do degrade so being able to craft some type of replacement needs to be planned ahead as well.

Of course with all these “easy pickings” inventory management becomes an issue. Back at your workshops, the game does offer a few starting chests where you can off-load some things. Chests are relatively “safe”, meaning every so often “The Horde” attacks your fort and if they pillage successfully they can raid your chests. So the game also has a certain “tower defence” element to it.

So from the outset, it seems like leveling your workshops and building and improving your fort is a good thing too. It comes down to a lot of resource gathering and crafting. 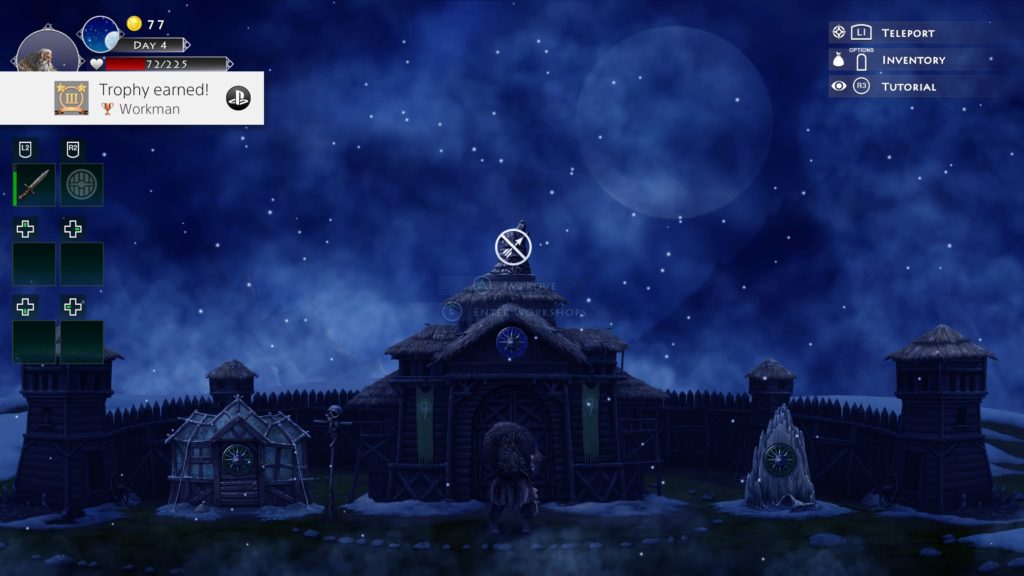 As far as quests go, there is not a tremendous amount. They are typically auto-quests added to your log when you perchance upon someone and talk to them. You’re free to poke your head into dungeons and such places with doors to visit other areas. Just be conscious of the fact you might be given a 15:00 warning that a Horde attack is descending upon your humble abode. 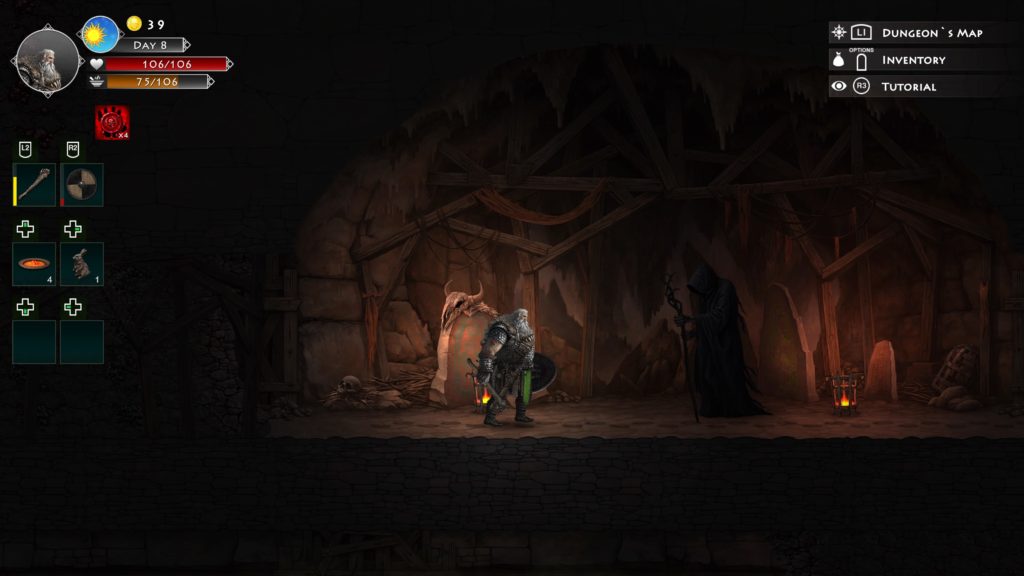 The UI does a great job reminding you a few of the commands you have. You can also equip two types of weapons and easily change during combat. You can also slot four other items like food or beneficial one use charms.

Tags: Ellada Games, niffelheim, playstation 4
Summary
Niffelheim is a strong showing by an indie game company. It's survival mechanics might feel a bit too familiar without adding much new. Initially, it'll take quite a while to feel productive as the resource grind is a bit real. 2D might be appealing to some or might be a turn-off for veteran players coming from a lot of the 1st and 3rd person survival games out there.
Good
Bad
7
Good

Written by
Scott Jeslis
Scott is a comic book, music and gaming nerd since the late 70s. Gaming all began on the Colecovision and Atari 2600. He buys and reads new comics every Wednesday from his LCBS and helps run an online Heavy Metal radio station.
Previous ArticleZynga introduces Merge Magic for mobile devicesNext ArticleCrying Suns: A Review of Intergalactic Proportions