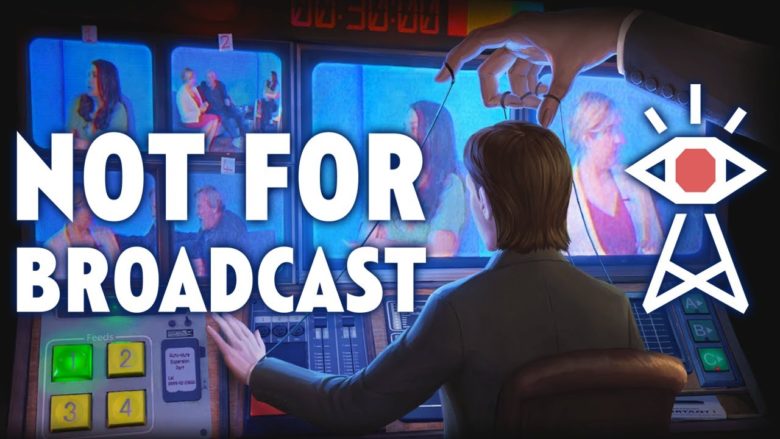 If you’ve ever wanted the chance to help produce an episode of the nightly news and be stressed while you worry about hitting the censor button in time, then Not For Broadcast is a game you will be interested in. But be advised, because beneath well-done sim lies a dark story that asks you to make hard choices. 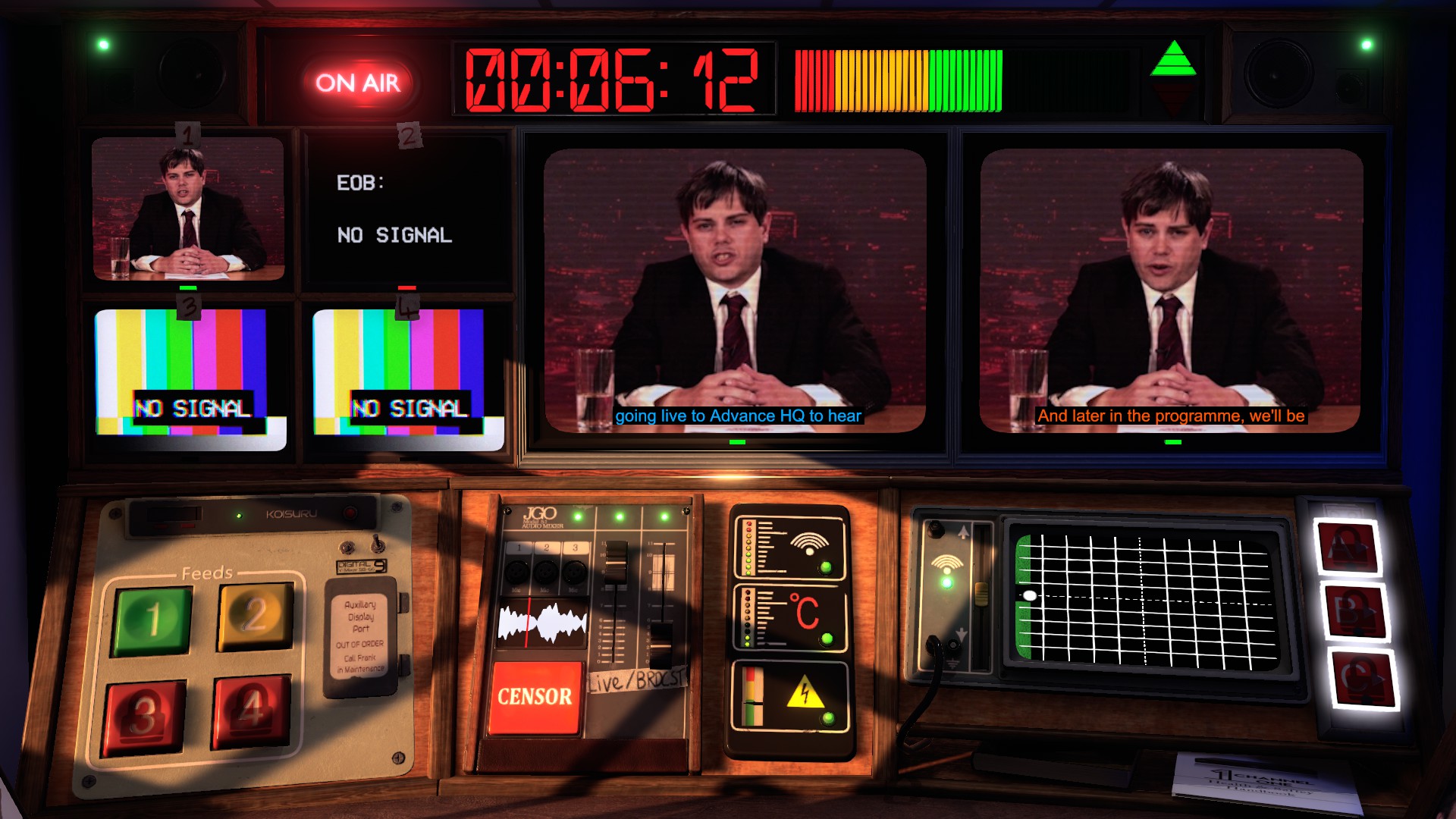 Not For Broadcast at its core is a game about being thrust into the producer’s chair of a nightly News show. You have to control the timing of switching cameras, playing commercials, bleeping out profanity, making sure the wrong things aren’t being caught on camera, amongst other things. It has very easy to understand controls and various switches you have to flip as you sit in the chair and look around your little booth. Controls are fairly intuitive with either being able to use the mouse as you click on things or hotkeys. As the story and levels progress, new things get added to make it tougher and give you more control. Such as a thunderstorm that occasionally makes some of the panels spark with electricity, which can give you a nasty shock. But the show must go on, so take those shocks, but not too many or say hello to a heart attack. 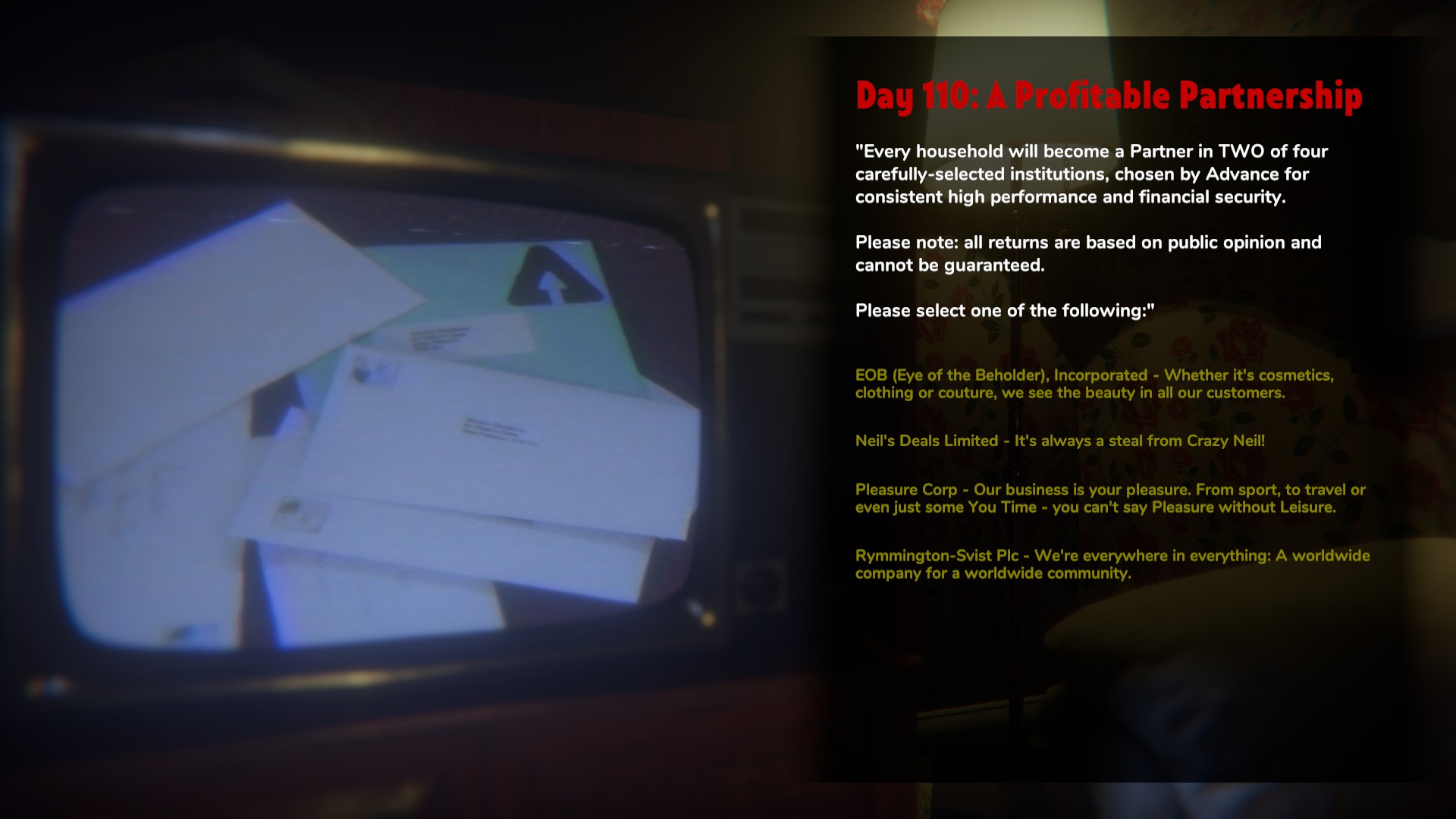 Not For Broadcast is currently in Early Access on Steam. The devs are currently aiming for a complete game that will consist of 10 levels with only 3 of them being available right now. While 3 levels might not seem like much, each one is a complete News broadcast with live actors playing their parts on your screen. It took me about 90 minutes to get through what the game had to offer in its current state. While this isn’t a lot, I will say that I enjoyed every little bit I played of Not For Broadcast and I’m looking forward to seeing how this game and the story unfolds. 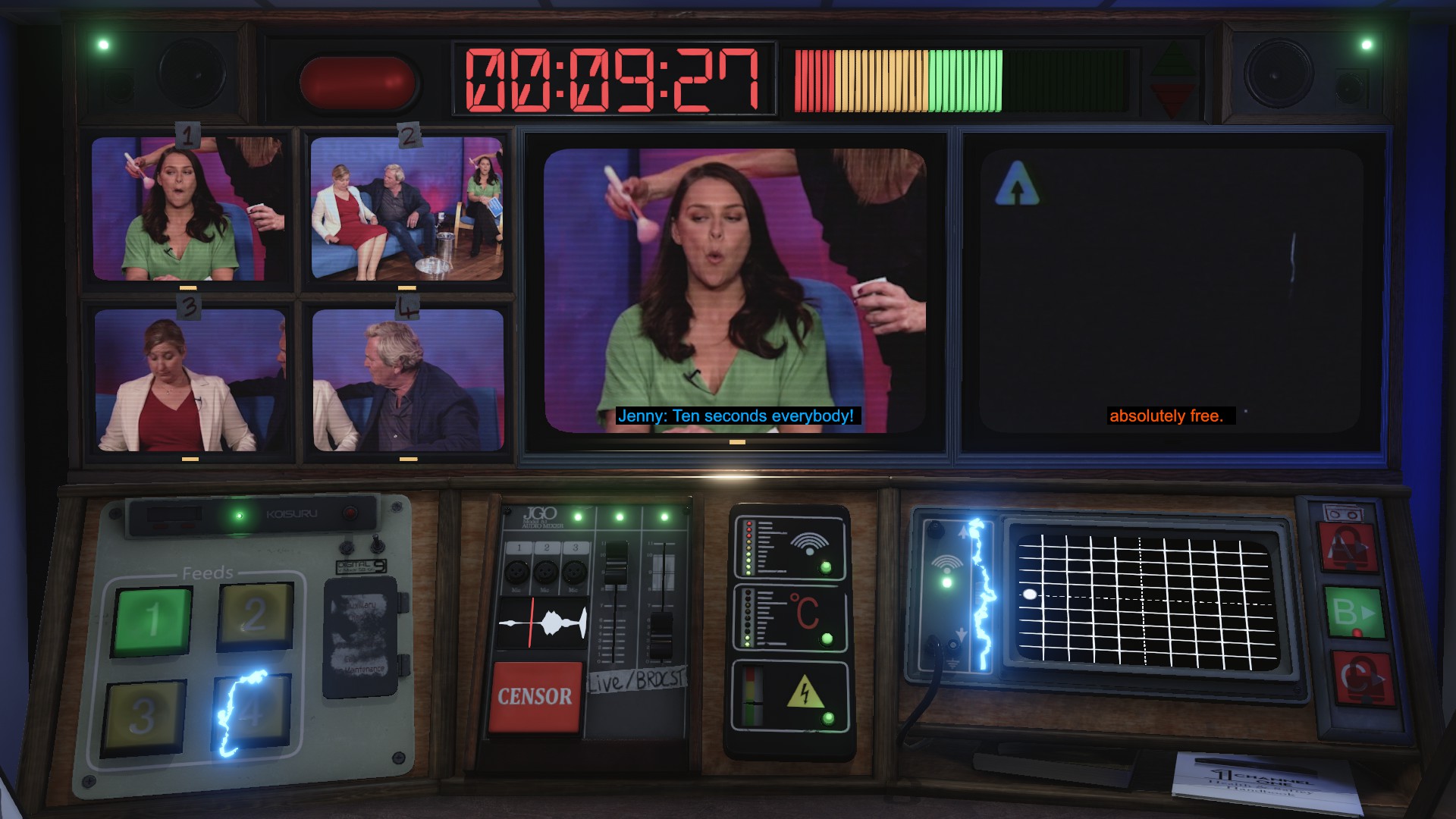 The thing with Not For Broadcast is that In between every episodic level your life and the world around you goes on. The story unfolds with an election that has a new group taking power and vying to put the upper class “In Their Place”. I noticed things start to change as the episodes went on and the world was slightly changing. While home, I could make choices via text stories that had you deciding whether to let your son go to the new youth camp for the new government or decide against it because of how cult-like it sounds. The story gets darker and I’m very excited to see how it unfolds. 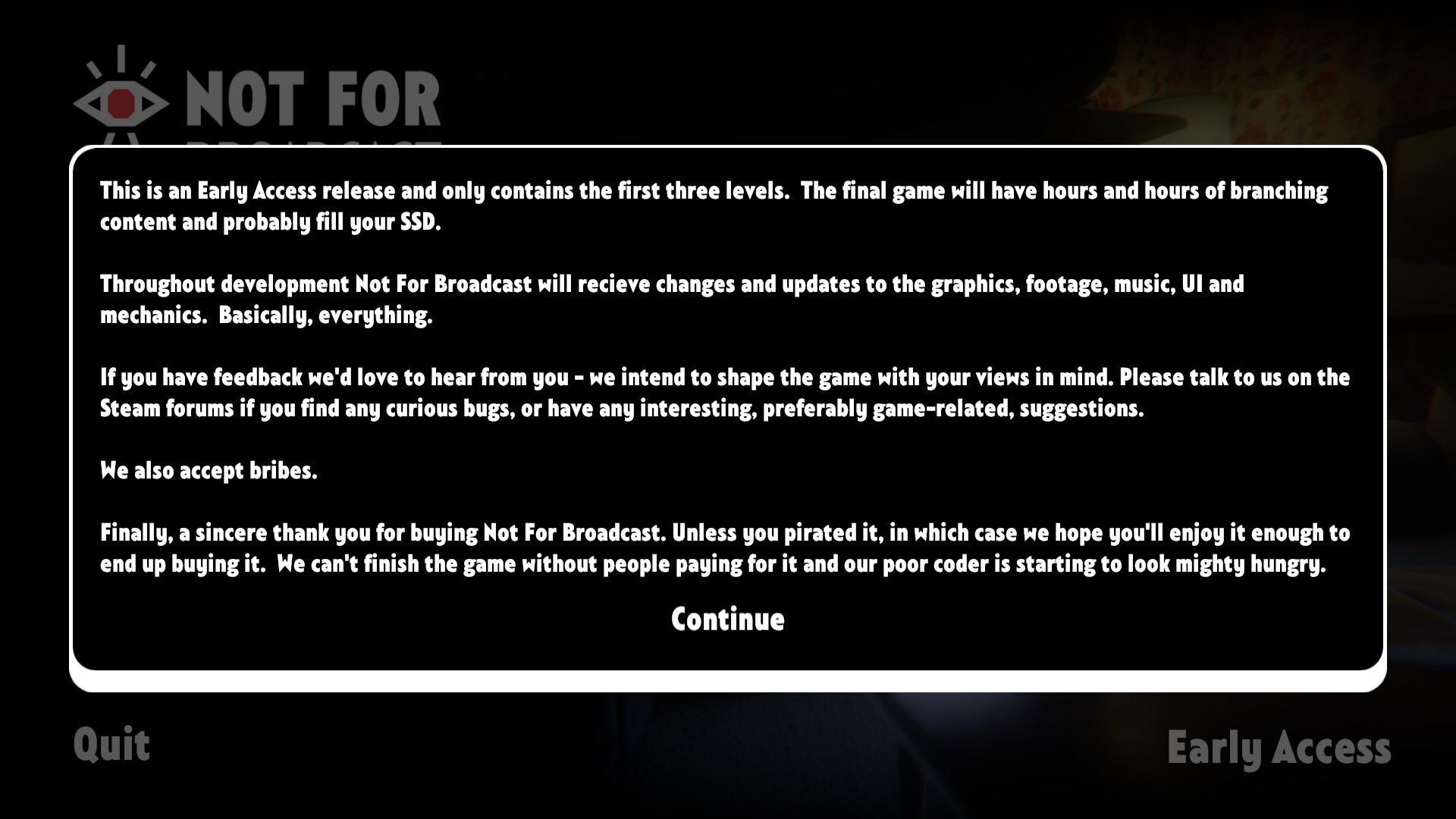 Tags: Choice Matter, Fake News, indie, sim, simulation game
Summary
Overall Not For Broadcast has a satirical story that is well written, dark and has some great acting in it. The core game of being the News Producer and editing everything on the fly is a really well-done sim that can at times be stressful as more things get introduced every level. I really enjoyed my time playing Not For Broadcast and was sad that is was over so soon, but I am excited to see how this all ends.
Good
Bad
9.5
Amazing
Previous ArticleSpellbreak Closed Beta Gameplay TrailerNext ArticleStar Trek Online: Legacy launches for PS4/XB1 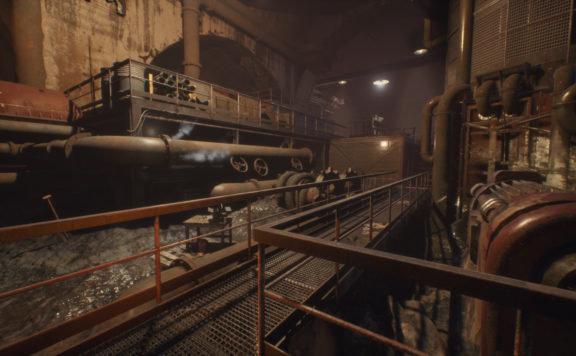 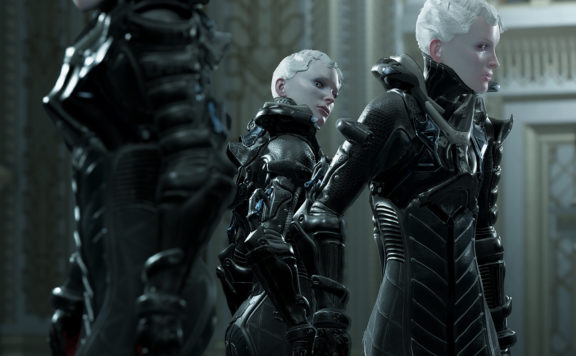 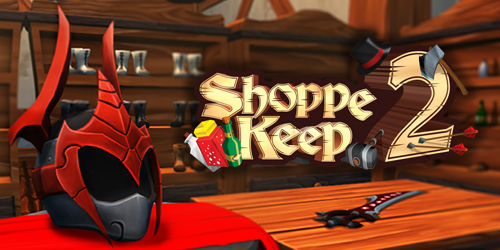 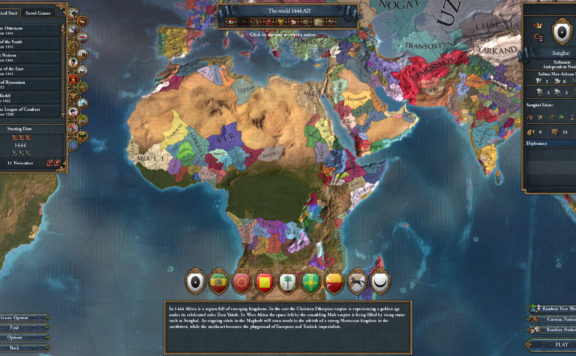