Open Country is an upcoming open-world adventure survival hunting game currently in development at Funlabs. Set to be published on June 3rd by 505 Games, players can expect to play on PC via Steam, PlayStation 4, and Xbox One. I recently had an opportunity to take a “hands-off” tour of the game with members of the dev team and then experience the game for myself.

The game opens with a cinematic that is sure to appeal to anyone feeling trapped within the workaday world. Spotlighting the grind of city life and the rat-like maze of office cubicles, Open Country entices players to head to the great outdoors to find something more. When the opening movie ends, players can choose a male or female character along with a few customization options for hair, skin tone, and facial expression. Once done, it’s off to the wilds to find adventure. 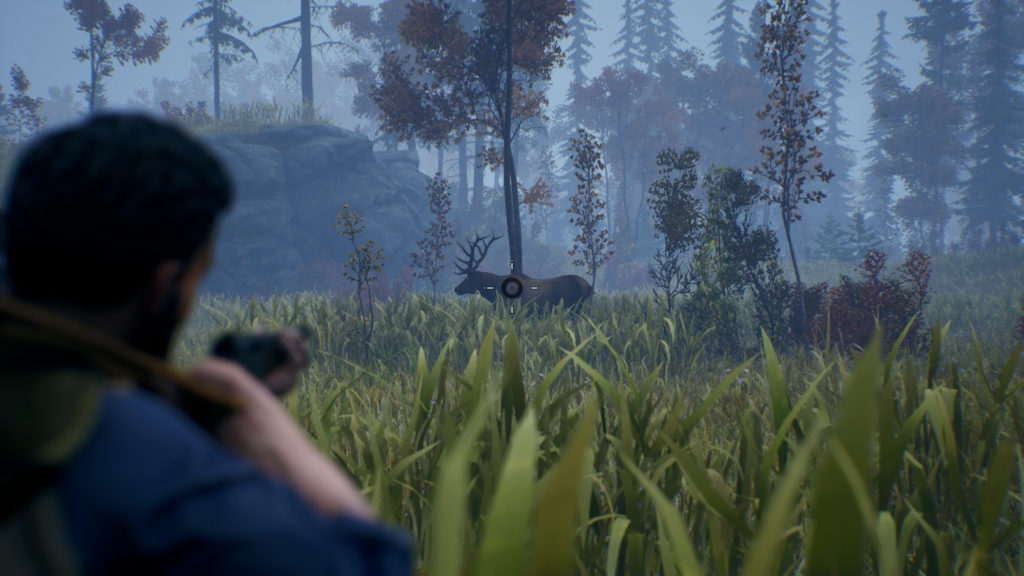 Open Country is a full survival experience for those who love that type of game. Players will need to be mindful of things like hunger, thirst, body temperature, physical ailments, and the need for shelter. Through hunting, fishing, and exploration, players will find what they need in order to stay alive. If you’ve ever played a survival game, then this one should be instantly familiar. In addition, Funlabs is the company behind many of the games created for Cabela’s, a chain of stores in the US specializing in hunting and outdoor life. Some of the game’s mechanics come straight from those games which again lends itself to familiarity.

For the preview, I was able to play through the tutorial missions that set the stage for the rest of the game. I landed in a local bar/general store where Gary, the store’s owner, sent me off to deliver a package to a ranger nearby. Given the hour of the day that the mission began, I was taught how to collect materials needed in order to use “bushcraft” that is needed to create everything from a simple shelter to a campfire to cooked food and many others. As you use these skills, of course, they become increasingly more complex and require increasingly more materials and/or rarer materials in order to construct. There will even be the ability to craft vehicles later as skills level up.

The environments in Open Country are really well thought out and realistic in terms of level design. Graphics tend to feel a bit more “cartoonish” due to the sometimes overly bright color palette but, all in all, the game has a nice look. The game feels poorly optimized and my PC ran hot even when I dialed the graphics options down. 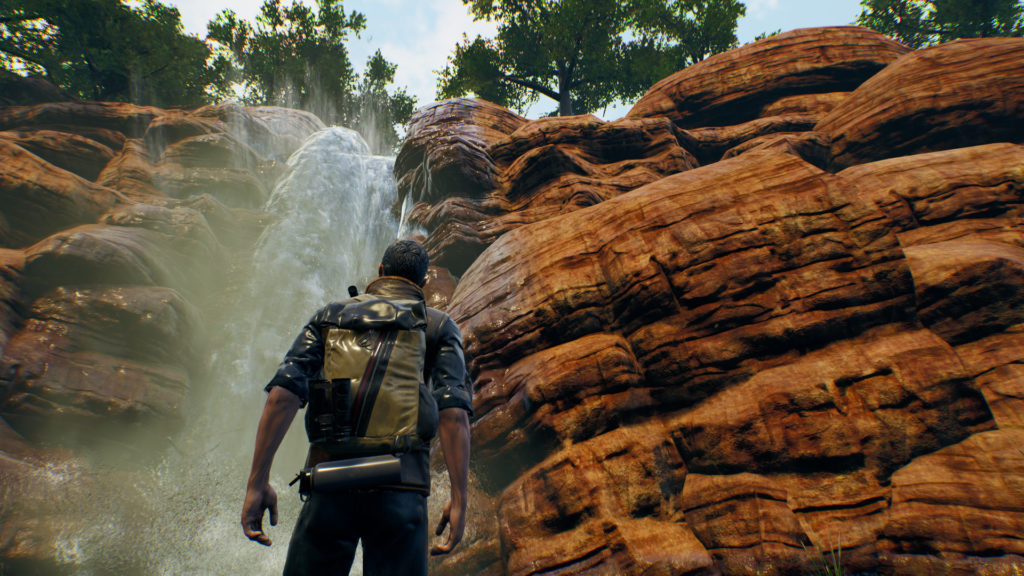 Ground cover and bloom can be frustrating when it comes to hunting smaller animals. One of the first tasks I was assigned was to head out to Mellow Meadow to hunt rabbits. The little critters were plentiful and responded well to my scent and the sounds of my boots. I completely get that they can disappear into the brush if frightened but the way that the ground cover bloomed in as I moved closer to my prey made it suddenly disappear though it didn’t move at all. I found myself shooting blindly into the spot I had targeted and luckily I usually hit what I was aiming for before that happened. Bloom also made finding more elusive prey a chore. While looking ahead, I would see nothing but as I moved closer, prey would bloom in. As a result, I’d be too close and it would scamper away. Some of this is obviously intended to mirror “real life” but not all of it.

Character movement is not too bad when running or walking. The jump animation needs work and I often found my character stuck behind things that she should have been able to jump over. In addition, controls feel a bit sluggish when turning the camera to look a different way or to navigate your character in a different direction. 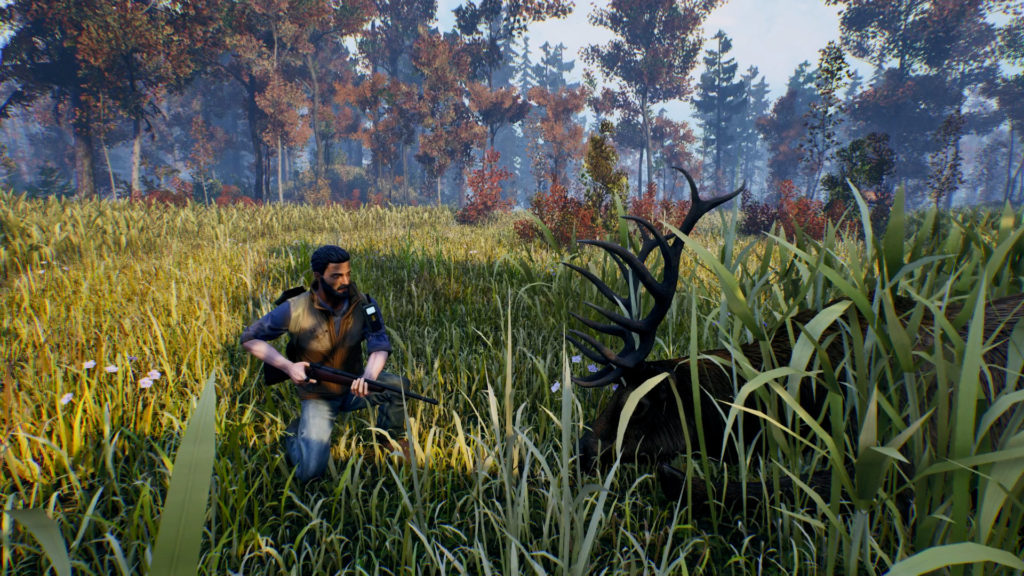 The game relies on realism to create a true survival experience but there are some things that are inexplicable. Case in point: Nearly everything in the early missions requires sticks to craft. When wandering around the area where you’ve been instructed to create a base camp, you will find things to collect including rocks, sticks, logs, rope, canvas, etc. Most of these things are found lying on the ground. However, once you’ve collected them, they are gone for good. What’s weird is that you can’t “create” more by using the hatchet you’ve crafted. I spent a long time wandering around trying to find sticks feeling frustrated by the fact I had a hatchet and was literally in a forest but couldn’t chop down small trees to, you know, make sticks. I could also see sticks laying on the ground but they weren’t “interactable” so I had to wander further and further away. Add in the encumbrance feature that forces your character to walk when overburdened and it is easy to see how frustrating things can be. Obviously, as your character levels, things get easier, but the initial phase of the game with its somewhat frustrating mechanics may get in the way of a player progressing that far.

All in all, Open Country has a good foundation at its core for survival enthusiasts. It does, however, seem to need a bit more time in the oven. Given the game’s release on June 3rd, that’s unlikely to happen but we can hope that the team will stay with it to bring it up to its full potential.

Written by
Suzie Ford
Suzie is an avid gamer and has been since 1995. She lives in the desert with her own personal minion while dreaming of pixel worlds beyond Earth.
Previous ArticleHood: Outlaws & Legends – Launch TrailerNext ArticleSega Reveals Lost Judgment for September 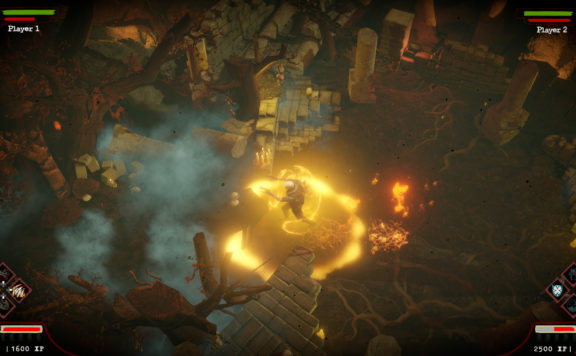 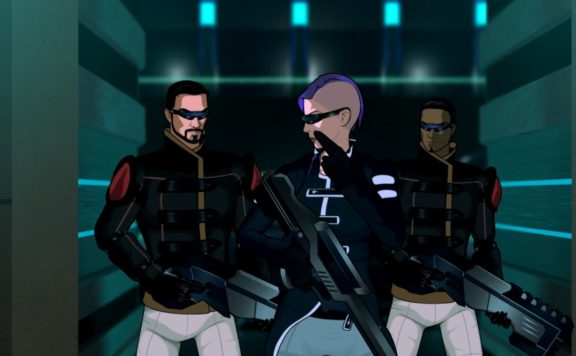