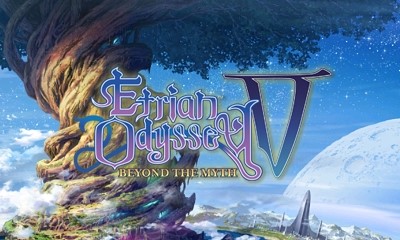 Etrian Odyssey V: Beyond the Myth is an incredibly interesting and challenging RPG both fans of hardcore games and a more casual player will both enjoy. There’s a lot of variability and room for customization in your personal game experience which also makes this is a great game for anyone who revels in the class building aspects of RPGs. This is our Etrian Odyssey V: Beyond the Myth review.

One of the first stops in most new games is character selection but in Etrian Odyssey this is a bit different from the norm. the first thing which I had to do was to create an adventuring guild for my characters to belong to. The information for this guild is tied into the spotpass system and will be viewable by other people so normal naming rules do apply. The guild name gets used throughout the game so picking one you like and won’t get annoyed with is a good idea.

After the guild was created my next task was creating characters to adventure with. You see in Etrian Odyssey V you don’t have one main character who goes out and adventure with a bunch of NPCs, the entire party is created by the player. There is a max of 30 characters which can be in one guild at a time, but only five can be active in a party at one time. There are presets for each character but there is a fair amount of customization which can be done for each character. 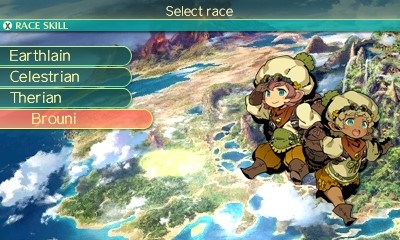 There are four races to choose between and they all have access to different classes at the beginning of the game. Most races only have a choice of two classes but the Earthian have four classes to choose from. Once the first mission in the game is completed an item is obtained which will let race be any class but at the cost of losing five levels on the character which is switched. Additionally, each race has access to different race skills which can be quite useful, as such it would be hurtful to stack parties with all of one race.

All of that said depending on what the current mission is having different set-ups available to use is a really good idea; though leveling can be a bit of a pain. Each character earns experience while they are out exploring and completing quests. At first, only the characters in the active party earn experience so it can be frustrating to trying to keep everyone at about the same level early on. Later in the game, there is an item which allows each non-active character gain experience at 50% of the rate of each active character which helps greatly to catch under-leveled characters up.

Speaking of experience gain, one thing which is important to note is any character that is dead/unconscious will not earn experience. Characters can be revived by using an item, using skills (if you have learned them), or resting at the Inn in town. Many of the enemies which are encountered can hit for a ton of damage and will occasionally one shot someone in the party. Having the ability to reliably heal and having good resource management is important. 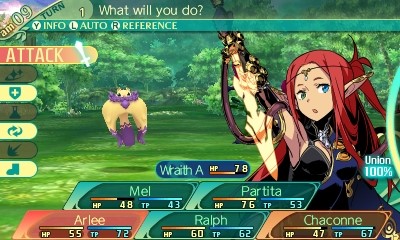 One of the most interesting mechanics in combat is the Union Skill system. Each character has a Union gauge on the right side of their action menu when it reaches 100% they can use a Union Skill. There’s a wide variety of Union Skills such as a double attack or skills which will quickly remove the entire party from battle and put everyone back at the beginning of the floor. Each Union Skill requires a certain number of other party members to activate it, and obviously, only party members who are alive can be used. When the Union Skill is used the Union Gauge for both the initiating character and any character who helped will be reduced. The other useful thing to know about Union Skills is they don’t take the action for the round of any character participating in them, not even the initiating character.

Let’s talk exploration and maps for a minute since most of the in-game time will be spent exploring and drawing maps. Yes, you read that correctly you must draw your own maps in this game. This is much easier than it probably sounds. As I went through a new area I’d leave behind a green line marking places I’d had been and as I went I would also mark down what walls I ran into. Having to do this did slow initial exploration down a bit, but it helps in the long run when I needed to revisit areas. Exploration in this game benefits from a more methodical approach than in most RPGs.

One important thing to note is although there are a lot of tools for you come up with your own mapping system the Council is pretty picky on what maps it accepts. I was incredibly frustrated on the first floor because even though I had everything I possibly could on the map they wouldn’t accept my map. It wasn’t until I removed the markings for resource nodes that they finally accepted it. So, when doing maps for the council it’s better to be a bit less detailed at first. This feels counterintuitive but makes sense when I thought about how since there’s not a standard set for what markings to use for what it’s harder for the program to judge if it was done correctly. 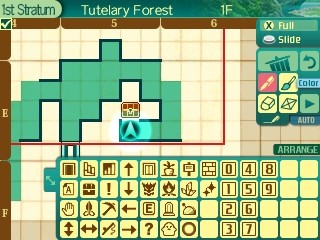 While exploring I also would randomly run into various people in the dungeon or a bloody backpack and I’d have to choose how to handle these situations. These small little moments are Adventure Episodes and choices made here affected what would immediately happen to my party. For every Adventure which was completed the party received a bit of bonus experience. For the most part, the solutions to these problems were obvious and I didn’t run into anywhere I really had to contemplate what I would do, which was slightly disappointing.

One of the brilliant things which have been done in Etrian Odyssey V is I could just sell every item I acquired to the merchant and he’d use that stuff to make new things available. Even if there would be a quest later for me to bring him certain supplies when if I had already given him the items needed he would say so and the quest would be completed. The complete removal of any sort of anxiety about if something was safe to sell or not was a wonderful change from the norm in RPGs.

The only part of Etrian Odyssey V which was a consistent let down was the main story. There just wasn’t really any hook that grabbed me right from the beginning and made me want to keep playing. It’s a good thing I enjoyed the game mechanics and had fun with those on their own because although normally story is a huge motivating factor for me, it was beside the point in this game. 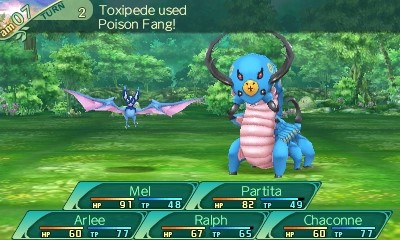 Etrian Odyssey V is a fun and interesting game for anyone who likes a bit of challenge and isn’t put off by having to create your own maps. There’s a good balance between explaining enough to get the player started in figuring things out and leaving a lot to be discovered. The combat system is also deep and allows for a lot of customization and strategic choices.