Spellspire is a game that seems perfectly fit for mobile devices (probably becuase 10tons has released it there), and it feels right at home on the Switch for a nice casual mind-teaser mixed with RPG elements. The title of the game says it all. You’re a daring young wizard set off to conquer the 100-floor tower that’s filled with all sorts of baddies. To cast spells, you must literally spell words – Spellspire is a turn-based RPG mixed with the classic board game Boggle. And it’s pretty fun, all things considered. This is our Spellspire review for the Nintendo Switch.

On iOS and Android, Spellsire is F2P, but has in-app purchases that make the going easier. On Switch, Spellspire is a flat $10, and that feels like just about the right price considering there’s a solid 10 hours or so of leveling up and fighting through dungeon floors here. It’s a straightforward game – you collect coins for beating enemies, you can replay floors to get more coins, and there are 100 increasingly difficulty floors to fight through. 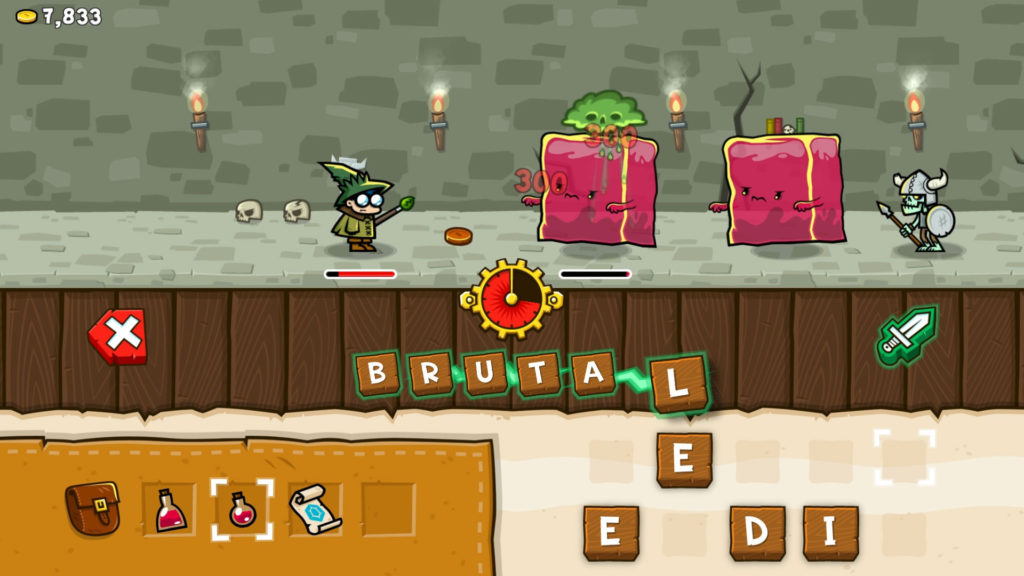 Graphically and aurally, Spellspire is nothing to scream about, for good or bad. It’s got that hand-drawn look a lot of 10Tons games have, with simple but effective animations. Sound effects are cute, and music is frollicking and light. You’re not going to play Spellspire for its looks or its sound. You’re playing it because you’re in the mood for a very specific kind of puzzle game. I gave it over to my wife one night, who it must be said is not a big gamer, and she wound up playing it for 3 hours straight. Some fights she found genuinely hard, though if unlike us you’re a pro Scrabble player, you might find things easier.

In all, Spellspire will make a find addition to the casual game collection on your Switch, along with titles like Uno, Monopoly, and so forth. It’s the perfect game to give your grade school kids when they want to game but you want them to study their spelling lists, too. Recommended for those reasons.

Written by
William Murphy
The Greatest Excite Bike Player of All Time (GEBPAT for short) and Editor in Chief of GameSpace.com and MMORPG.com.
Previous ArticleRing in the Holidays in Duelyst with Frostfire FestivalNext ArticleRacket Sports Take on a New Meaning in Tennis in the Face