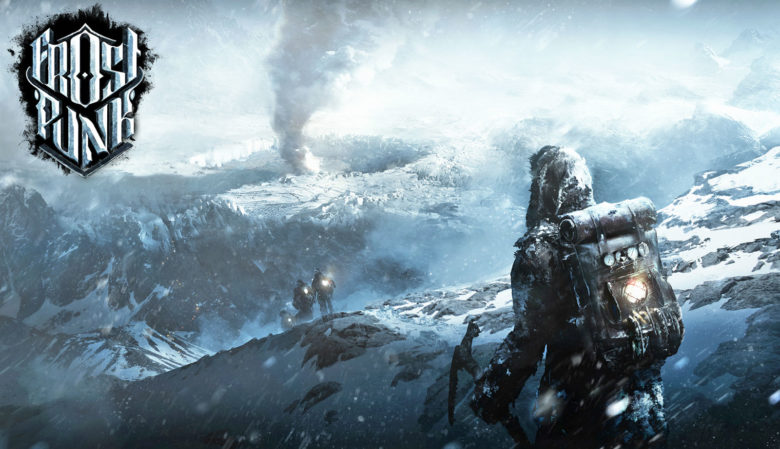 Frostpunk from 11bit Studios is a game I feel like I’ve been waiting forever for. Anomaly: Warzone Earth was a landmark strategy game from the Polish development house, and its sequels were just as great, and This War of Mine was something truly special. But the idea of a dystopian future city management game where the world’s frozen over in an alternate timeline in the summer of 1886 snowstorms and frost led to failing crops and the death of millions. You are the leader of a group of people who fled the cold and the hunger to find a heat generator. You must manage them so they fire up the generator and build a city around it, set up a rule of law, and keep everyone alive for as long as the winter lasts. It’s Sim City, but with way higher stakes, and set in the Industrial Era. In short… it’s freaking awesome.

The game begins with little more than a few dozen people, a large inactive heat generator, and some nearby resources to harvest. From there, you’ve got to start harvesting coal, wood, ore, and get the heat generator going. I played for probably no more than 20 minutes, but in that time I managed to build a hunter’s tent, a medical center, tents for all of my citizen’s, a children’s center, and so forth, to improve life in my little frozen burg. 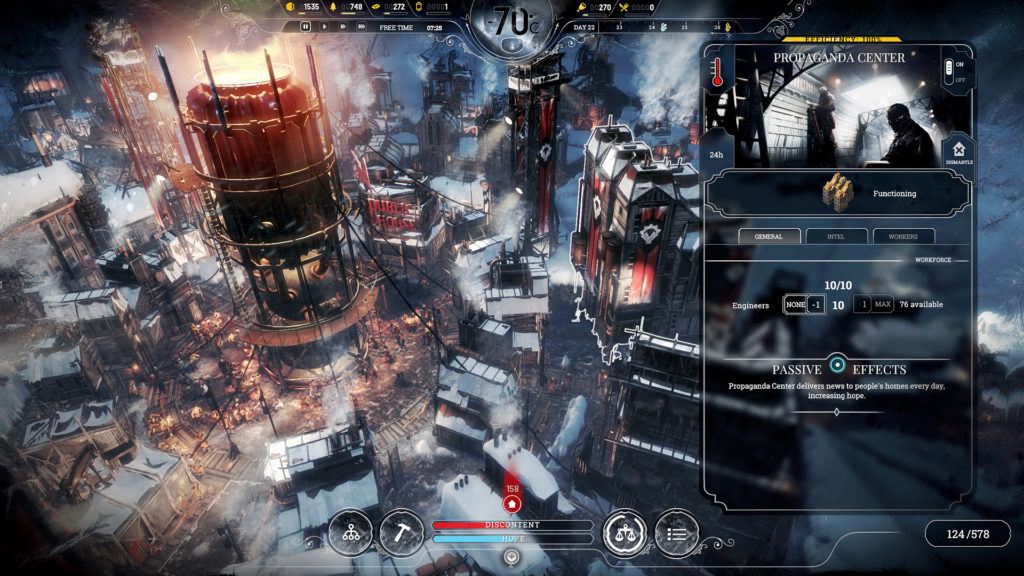 During my brief demo, people began to starve, because I wasn’t taking the raw food and turning it into cooked meals. I had to build a cookhouse to make that happen, and make sure it was connected to the heated streets you build encircling your heat generator. The generator acts like a “town hall” in other city management games – the higher its level, the more access to advanced technology you’ll have. But beware the night – it’s dark, colder than usual, and people will die if you don’t have shelter and heat readily available. A steady stream of coal is needed to keep the people alive, along with food, medical care, and other things to keep their morale up.

Eventually, people will get sick, injured, die. Children will be born, will need schooling, or maybe you’ll need them to work to keep things moving. You’ll need to enact laws, declare edicts and sometimes the people won’t like the measures you must take to ensure their survival. Resources may get depleted, and you may need to have people pull 24 hour shifts in the freezing cold to keep the generators on. Perhaps a caravan of travelers will get lost, and you’ll need to send a rescue party – there’s never a lack of things to do in Frostpunk.

There’s a whole lot of technology in the tech trees to explore, and plenty more game to play. 11bit Studios told me they expect review keys within the next week or two, and I frankly can’t wait. It seems for all intents and purposes that they’ve another fantastic game on their hands.

Written by
William Murphy
The Greatest Excite Bike Player of All Time (GEBPAT for short) and Editor in Chief of GameSpace.com and MMORPG.com.
Previous ArticlePAX East 2018 – Omensight emerges as Best in ShowNext ArticleThe Best 40 Skyrim SE mods that work with Skyrim VR