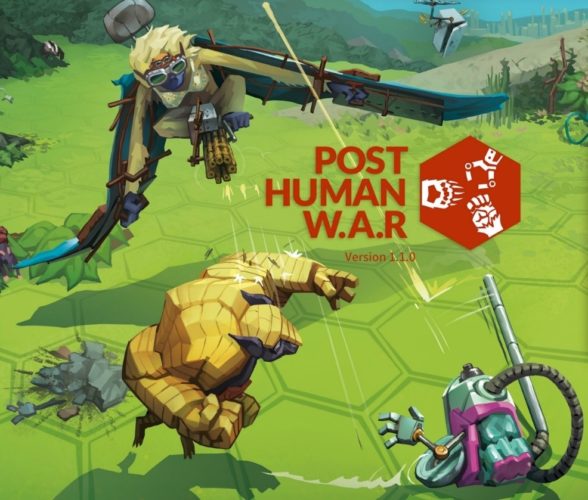 It was the dawn of a new age for mankind, oh wait, mankind is gone now and the Earth as we know it is over. What has been left behind is an army of household robots transformed for war, mutated animals controlled by parasites, and monkeys who have the will to destroy everything not natural in nature. In this turn-based, tactical and psychological strategy game, you must form your army and, try to defeat the other groups. This is our Post Human WAR review.

Indie Developer, Studio Chahut, launched Post Human W.A.R. in December 2017 bringing us into a new era of strategy gaming for the current age. I grew up playing all different types of Strategy games and none of them were quite as fun as this one. Whether you play as the household robots gone war machine, as the monkeys who like to dress up like samurai warriors, or the parasitically controlled animals that were left over, you have to fight to defeat the other group’s champion. At the beginning of each map level, you pick a champion. The champion can be any of the units on your selected team, even if they are a weak one. The choice is yours to make, however, you don’t have to move the champion forward. You could hold them back and just go to town against the enemy forces until their champion is knocked out. 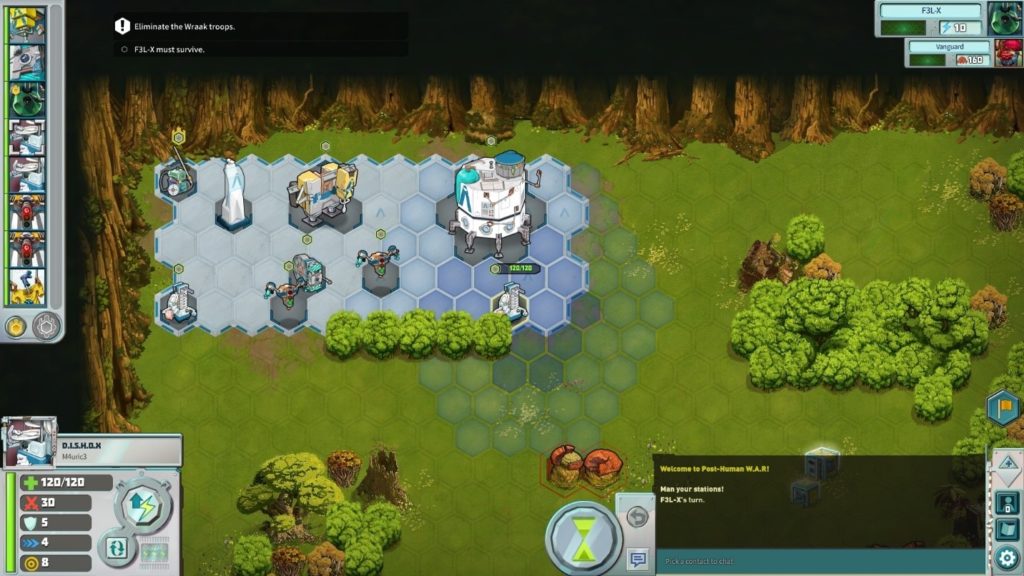 Post Human W.A.R. introduces gameplay from three separate points of view, three different factions and, thirty-six playable units to control. Along with the different units in play you can also create barricades to block the enemy movement, you can also destroy any barricade that has been established by the enemy forces. The game board is set up like a standard rectangular game board, however, all of the spaces on the board are hexagonal shaped. Each of the characters can move along the game board at a preset amount of spaces, the spaces are based on their speed bar. After your character moves in closer to the objective forces you can attack, the attack is based on your range. Some playable characters are melee and you have to be within one hex of the one you are attacking, other forces are ranged and can throw weapons or objects from a distance. This distance is governed by the range bar in the game. How much damage is done to each of the opposing forces is controlled by the strength attribute each character has versus the defense attribute the other character has.

Aside from the three campaign modes, one for each faction, there is also a local and online multiplayer aspect to this game. This provides you the opportunity to compete against other human players in an effort to prove which non-human race is the best. The goal is always the same, no matter what mode you play. Kill or be killed, defeat the enemy champion or lose yours. Whichever one defeats his or her opponent first is the winner. 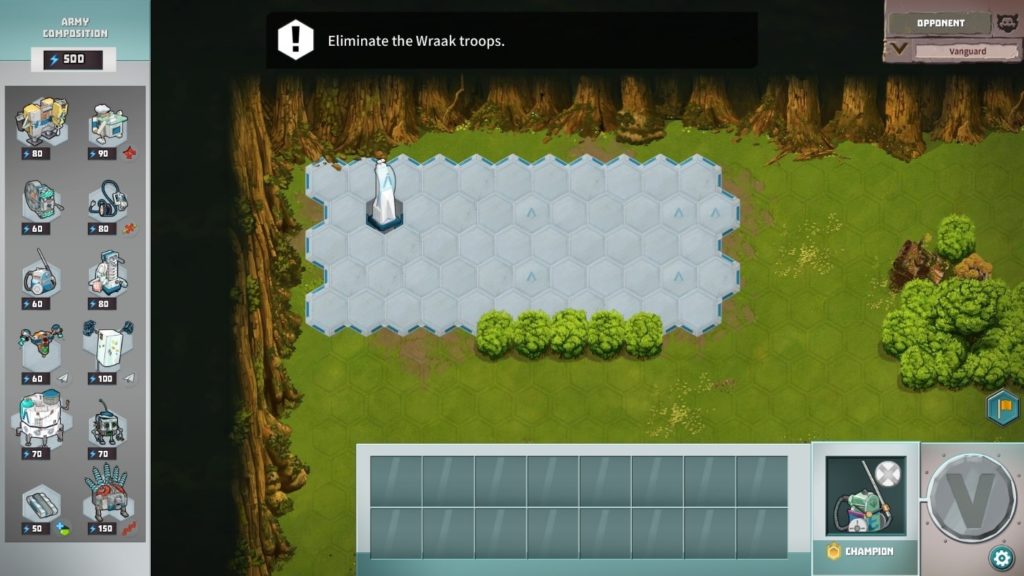 Post Human W.A.R. is similar to other games like Civilization and Lords of Magic. In both games, you have characters that you can use to attack enemy AI or other human players. These games also use a more limited movement system based on hexes or other similar movement features. The main difference between this game and those is that you aren’t building up your forces. You have a limited amount of character points to use in order to fight the AI or human players.

Overall this is a fun game but if I were not reviewing this game it may be easy to skip over it. I highly enjoyed my time playing it and would recommend it to others who are looking for a good game for cheap. Steam has this game listed at 14.99 USD.