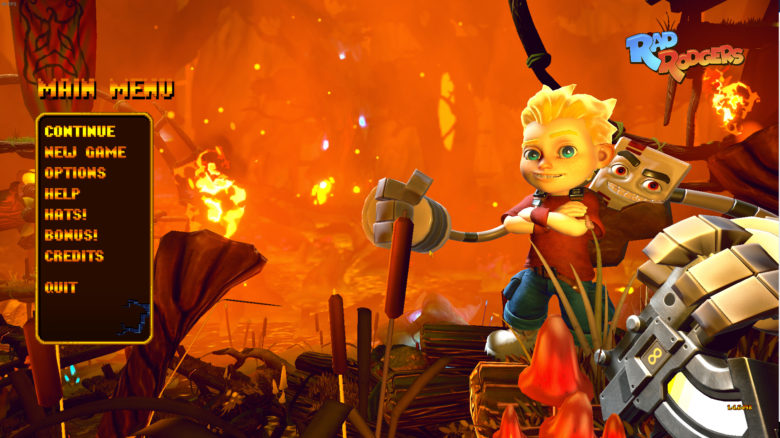 Straight out of the 90s comes a game about a boy named Rad, a boy who spends way too much time in front of his television. He falls asleep after a long gaming session, but he wakes later to find his console and television have been turned back on. Rad quickly gets sucked into a portal leading to his own gaming hoorah. He finds that he is not alone, however, as his console Dusty has not become a living, breathing being. Their tale has just begun. This is our Rad Rogers review.

This game is the epitome of what came out of the early gaming consoles. Who doesn’t love taking their hero through a game world full of baddies? Armed with Dusty and his Bolt Blaster, Rad runs around fighting whatever comes his way. In between running around and fighting monsters, Rad also runs into game glitches. You better believe that dusty makes jokes about most of them, even a few funny ones about the developers. The quips and taunts at the developers are especially funny in this game, and while you know they put it in for fun, it is hilarious to think this character has a mind of his own.

Speaking of Dusty, there are places in the game where only he can go. At different points of each level, there may be one or two different areas where you find glitches. These glitches enter into a pixelated world that is full of electricity and other obstacles that Dusty alone can manage. He can move safely through the zones looking for objects to use in the level. In the first level, there was a spot where a platform was needed to cross over a pretty big river. Dusty went into the pixel world and found the platform that the developers left hidden. These are times when Dusty makes some remarks that may or may not be appropriate for little ears. 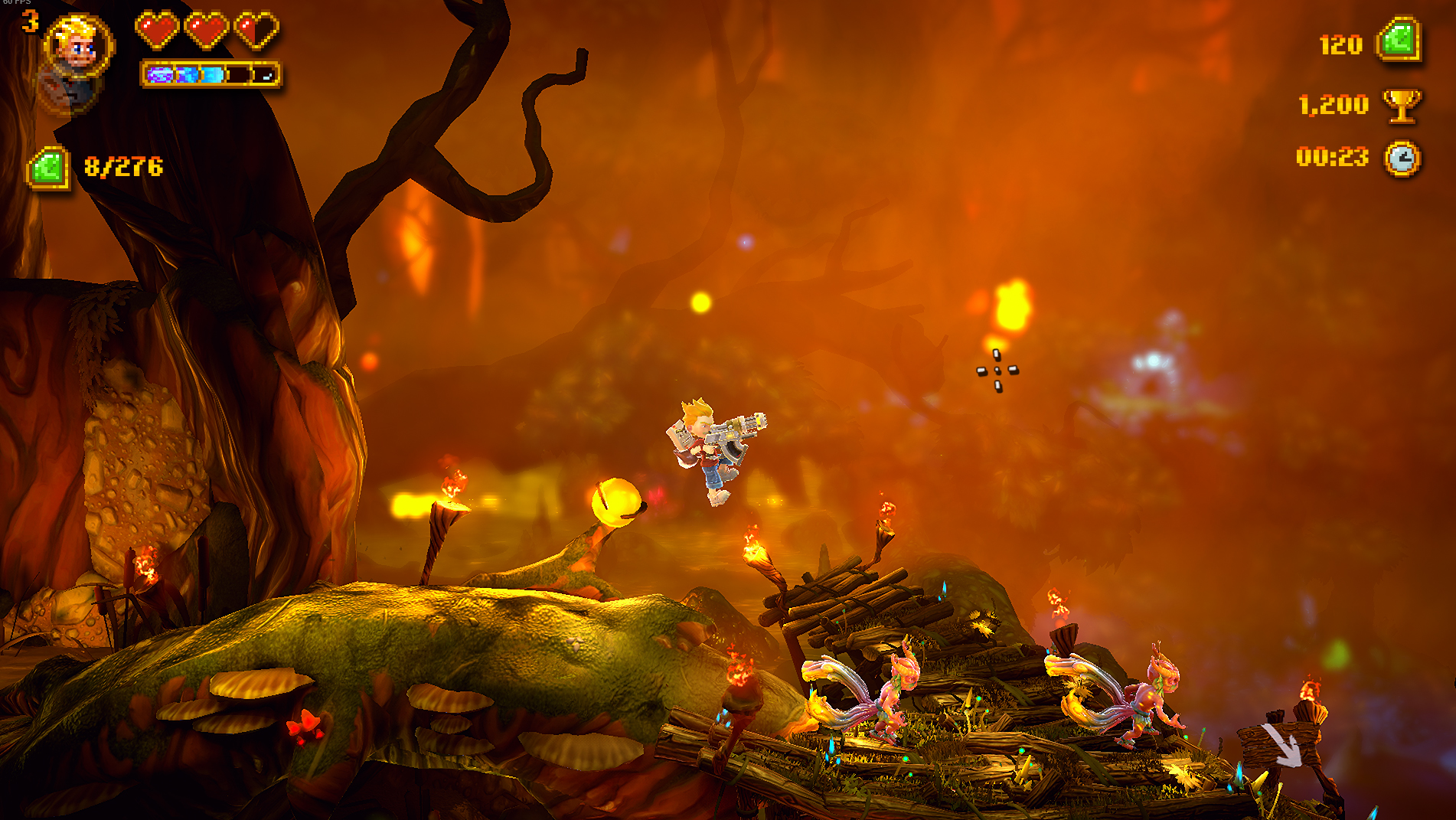 Speaking of little ears, this game has two modes. One mode is for kids where the language is cut down. The other mode is an adult mode. In adult mode dusty cracks some pretty good jokes but, not everything he says is savory to the ears. Rad is pretty laid back once he gets into the game world, but he is the hero after all. So far I haven’t heard too much wrong from him except for through the story when he was upset with his mom.

The game has great graphics, unlike its predecessors from the nineties. The game has 3D graphics to the point where, if you turn your character around you can see the full model. It may be a side-scrolling game but, every shadow, every enemy, every piece of art helps it to pop into a game that you and your kids would love to play. The pixelated world mixed with the traditional game art give you a unique experience that you haven’t seen much before. The game sounds and music are also very well planned out. You have music that is very modern but also classic, it brings back memories of playing games like Mario, or Contra, or Double Dragons. Music pulls a game together and gives it the feeling that we are drawn to.

Overall this game was a great retro platformer which gives you a little piece of your childhood back. You are instantly transported back to the good old days of gaming, where all you want to do is sit down and play for hours. If you were to play anything like this back in the nineties then you would be amazed by the art and gameplay. For the low price of 19.99 on steam, you and your kids can have hours of play time together. Take turns and have a great time. 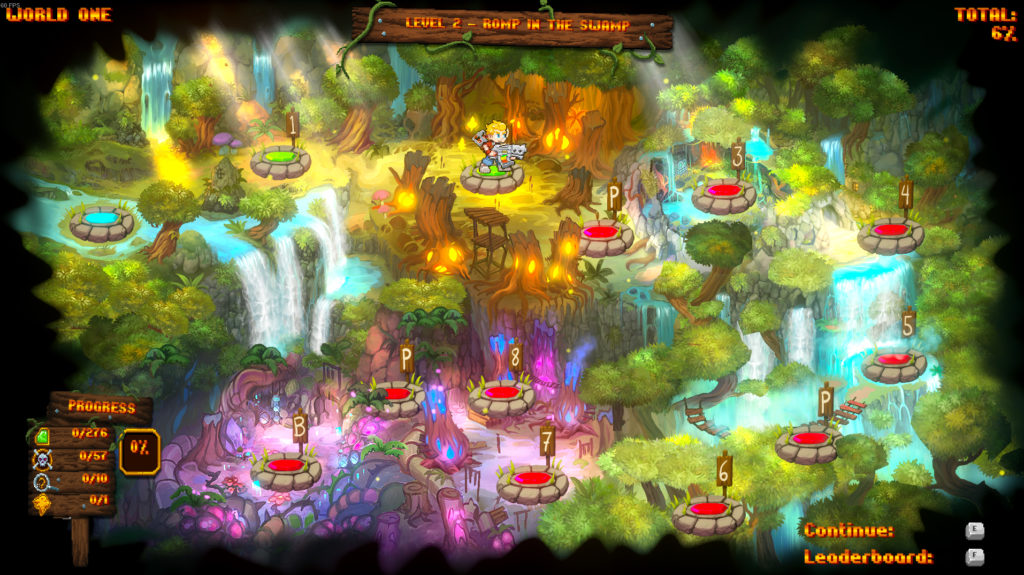 Written by
Chris Bowman
Long time game enthusiast and writer. I have beta tested a lot of Mmorpg's since I was thirteen including Star Wars Galaxies, Lord of the Rings Online, and Star Wars The Old Republic. Currently attending The Art Institute of Pittsburgh for a degree in Game Art and Technology.
Previous Article“Avengers: Infinity War” US Release Date Moves Up One WeekNext ArticleMagic Will Fly, Spellsworn Releases March 13 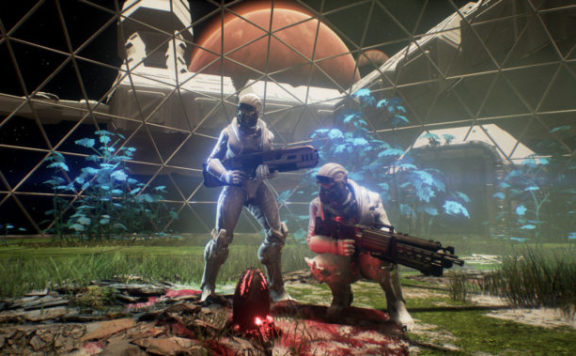