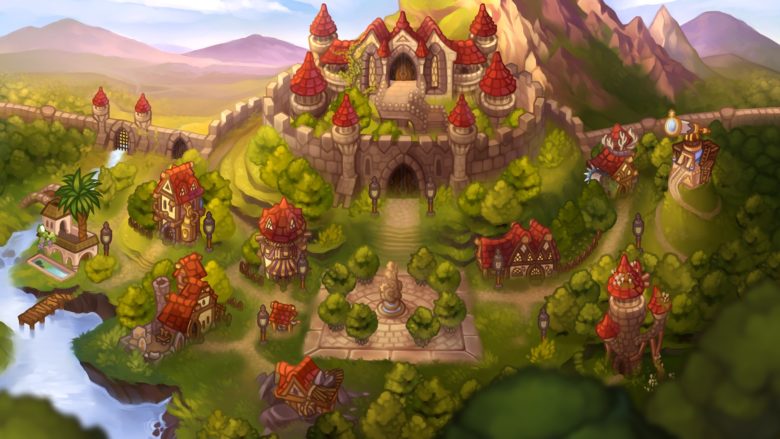 In the ever expanding scope of game genres, there is an argument for the continued place of turn-based games at the table. Some might argue that their heyday was a bygone era, ruled by consoles and handheld units powerless to handle the raw action that today’s gamers have become accustom to. Yet, a gilded gauntlet has been thrown, demanding their place and fighting for the good name of turn-based JPRGs once more. This is our review of Regalia: Of Men and Monarchs: Royal Edition.

With a successful Kickstarter campaign in June of 2015, Regalia more than doubled their original goal and saw a highly successful release on PC. Not to rest on their laurels, the Polish development team at Pixelate Milk went back to work, teaming up with publisher Crunching Koalas to see their baby off to release on Playstation 4 and Nintendo Switch and Xbox One.

Enough history! Or is it?

History matters in the world of Regalia and there is a lot of it to piece together. Instead of playing the role of the dashing hero, you step into the boots of Kay of House Loren, heir-apparent to the kingdom of Ascalia, Jewel of Rashytil … at least, that is what he finds out upon his father’s passing.

Together with sisters Gwendolyn and Elaine as well as the stalwart family protector, Griffith, Kay sets out to claim whatever loot and prestige awaits. At the end of the journey, Kay discovers that not only is the kingdom a dump and the castle haunted by a relative, but he is now the proud owner of generations worth of accrued debt… and the debt collectors are all to eager to collect now that there is a new king in town. As it turns out, it might not be so great to be the king.

And so, your quest begins! But where to start?

Team Loren divvies up the duties of restoration on two fronts. With some direct from the castle’s ancestral specter, Gwendolyn and Elaine research the family tree and get to the debt’s source, while Kay and Griffith scour the countryside in search of assets and allies to rebuild the kingdom. After all, this is a task bigger than one person and where you begin making decisions. 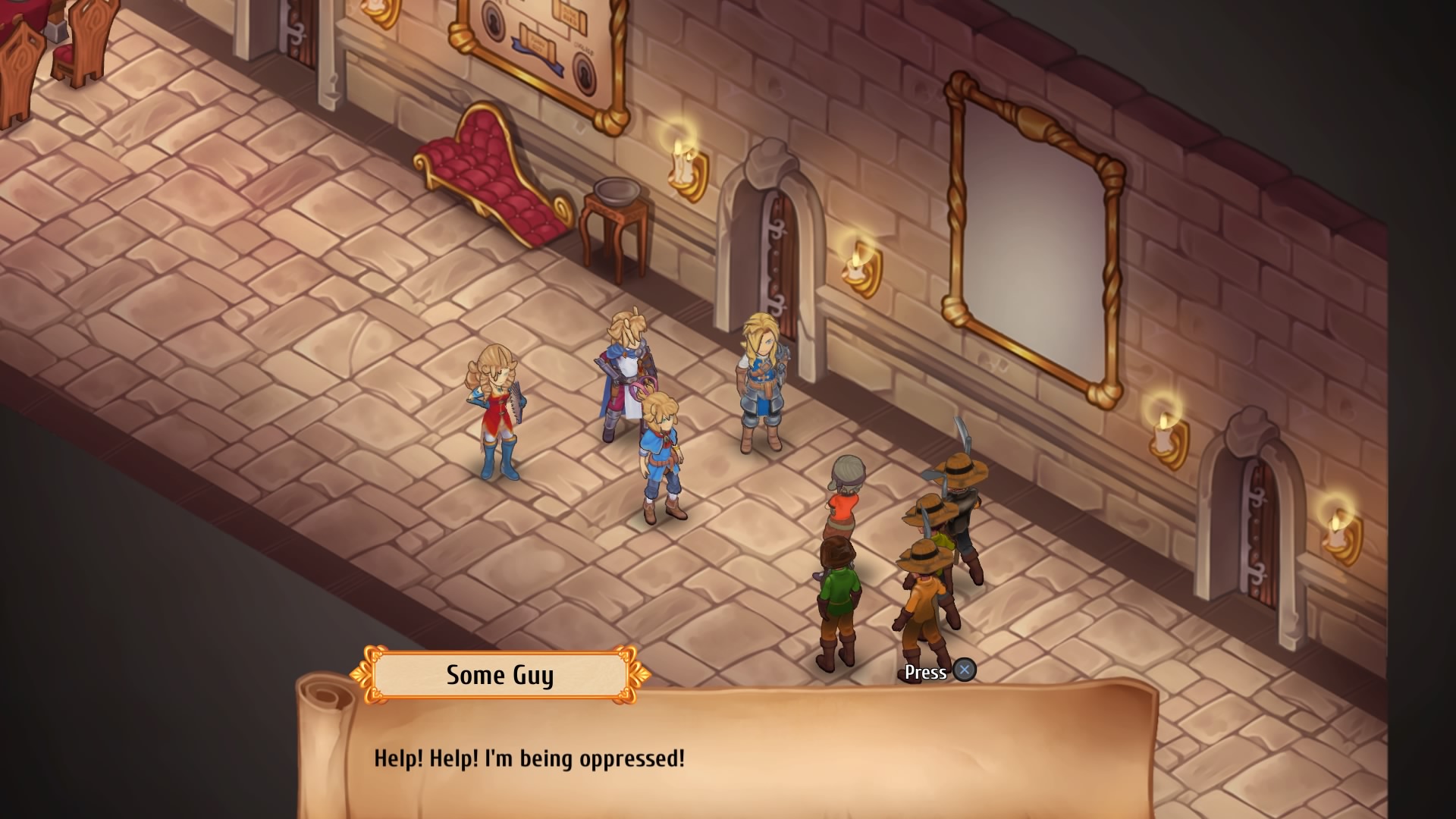 The gameplay of Regalia is broken down into several different opportunities to grow. While there is a wide and wild world of questing to be done and dungeons to be run, there are also social links to develop, a town to rebuild, diplomatic alliances to forge, and kingdom quests to be completed.

Social Link events allow you to build relationships with the members of your kingdom or one of your party members. Some of these events simply involve a cutscene of the day spent together while others involve dialogue choices. In these dialogue choices, it is possible to gain a stronger social link with them by answering in a way fitting the person. For example: Gunther, the local blacksmith, values physical strength, honesty, and beauty. In one such social event, he challenges Kay to a day of exercising. As you show a willingness to push yourself and also admit your own weaknesses, you gain a higher amount of social standing with him. You also have the option to cheat… while Gunther appreciates the wit, he would rather have you recognize your limits. This is but one of many vignettes that Regalia shares on Kay’s way to true kingship.

As you increase your social standing, you gain perks for use on your characters or from the person’s profession. Some of these perks and advancements are locked behind quests that send you further into the fields to explore.

Speaking of exploration, as you journey across the kingdom of Ascalia and dive into its dungeons, there are a series of events that you must complete before fully defeating it. These events range from field battles to text-based, multiple-choice adventures and puzzles to a camping location for a respite from the journey. Typically, there is one campsite per dungeon and the wise adventurer should know that it can only be used once per dungeon run. Choosing when to rest is just as much part of the strategy of staying alive as is navigating the battlefield.

At the beginning of each battle, you have the opportunity to place four of your six party members on the battlefield. A battle is won when certain terms are met, such as surviving eight rounds or taking down a captain. 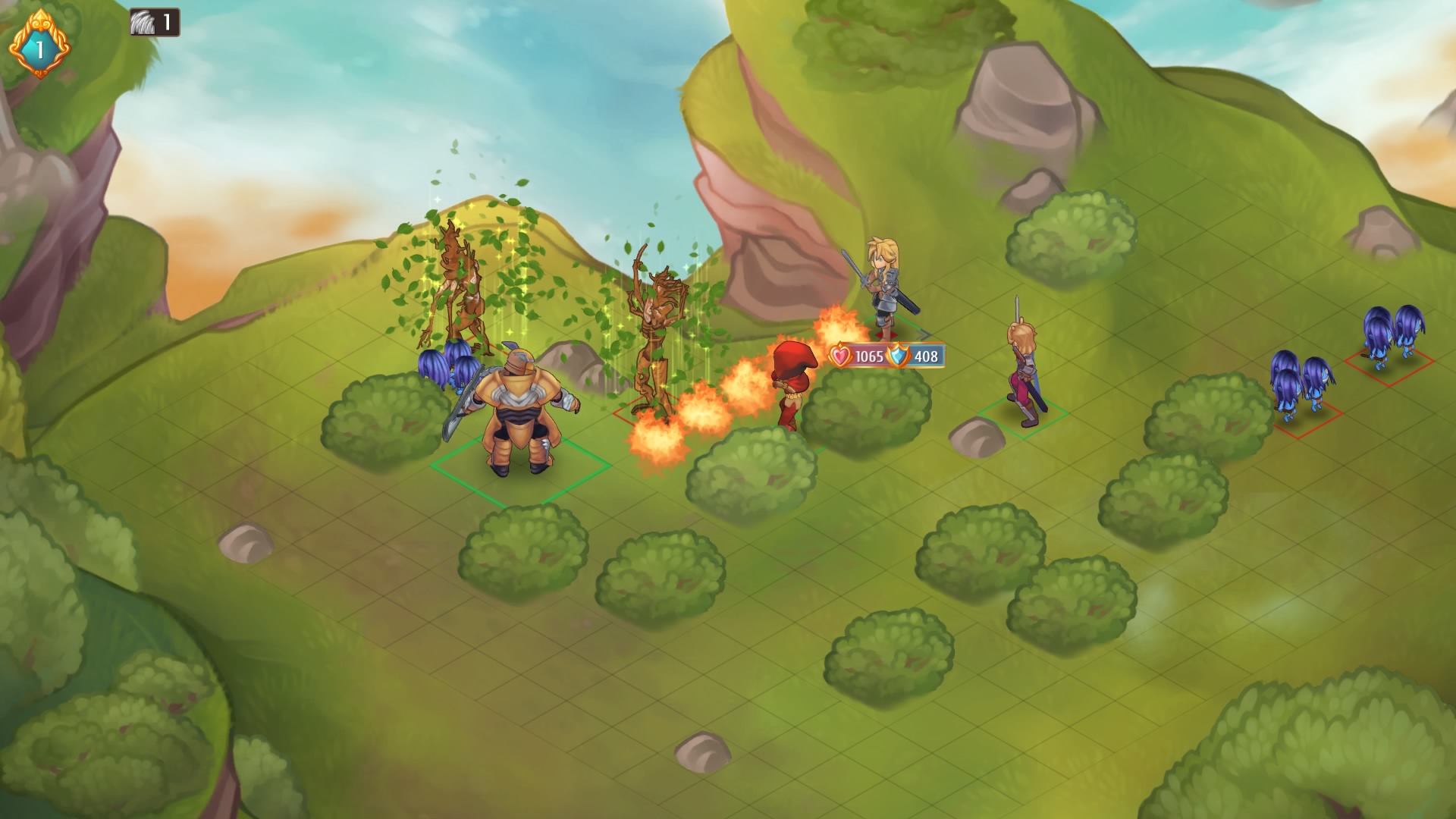 Each party member and enemy has two main numbers to be concerned with: health and armor. Health cannot be replenished during an encounter, but armor can be built up. Some attacks damage both health and armor, but others must take armor points before touching a health pool.

Battles take place on a grid with terrain that, yes, impacts line of sight. The order of actions are determined by the level of initiative each person on the field possess. When it is your turn, the battle system is not fussy about whether you attack or move first. It also doesn’t care if you move a little, attack a bit… have a light snack… and then move some more. Some abilities have a multi-turn cool down, so use them wisely!

If battling just isn’t your jam and if you just want to get into Regalia for the story, say no more: Pixelate Milk has you covered. Regalia’s Story Mode allows you to play the game, picking and choosing the encounters that you want to have. It’s like having a fast pass to the game and allows you to play how you want.

There are a lot of interesting and unique features to Regalia, but one that I found particularly fascinating is that you are up against a clock! Every mission, building project, and social development takes time and there is a finite amount of it before the debt collectors come calling-every two months (or eight weeks by the in-game calendar) to be precise. Time is money, friend, and you don’t have much of either!

All of this is a lot to take in… so, what did I think about my time with Regalia? 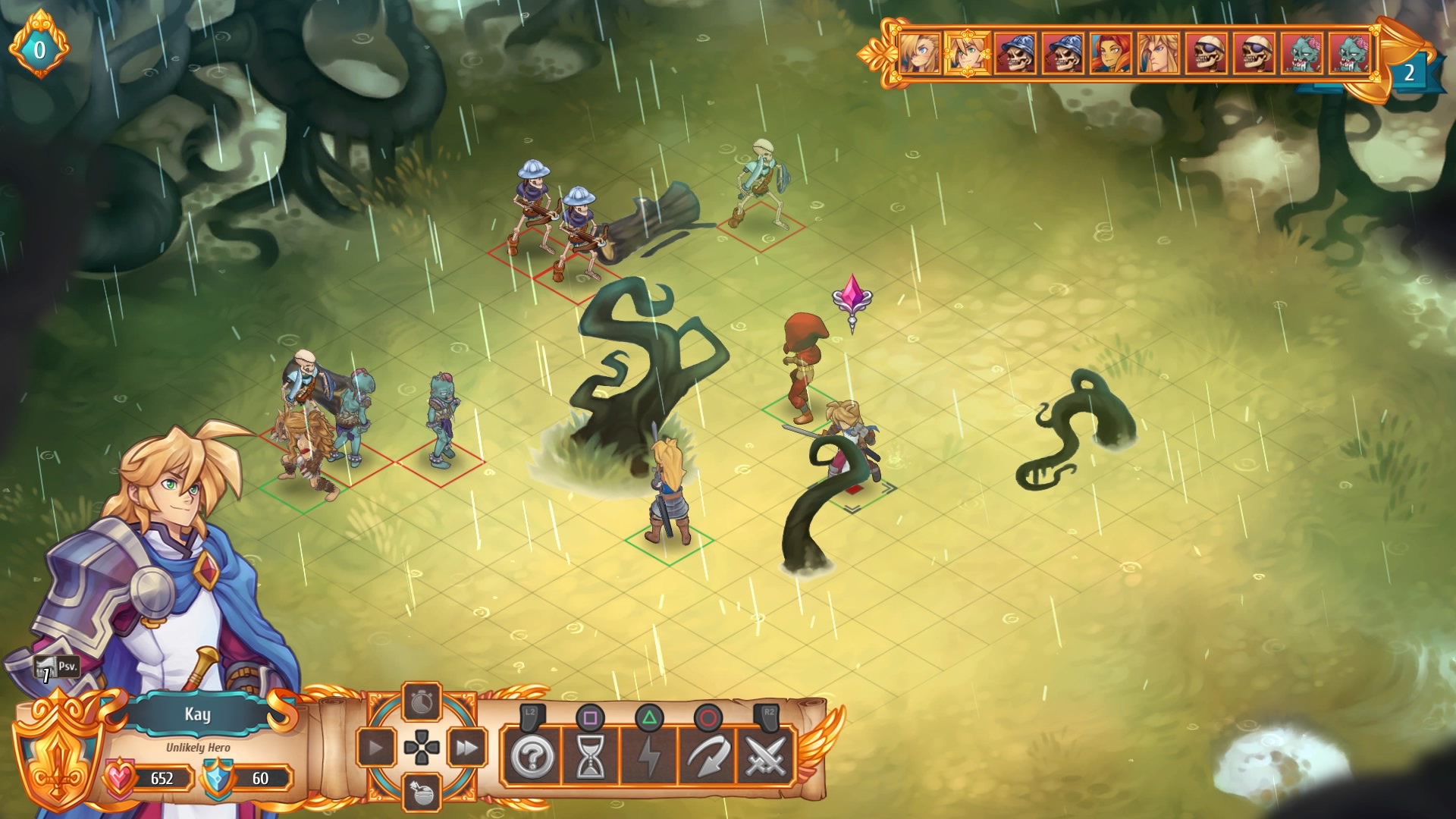 Regalia is a refreshing homage to the tactile JRPG genre that is self aware enough to poke fun at itself and the tropes typically found within using pop culture references and memes. Its hand-drawn elements have an anime-style that ranges from beautiful to comical to whimsey – all endearing to the game.

When you add on top of that an orchestrated score with crunchy electric guitar riffs during battle themes, but soothing, mellow horn-led scores during the around-town sections, Regalia is the perfect mix of low-key when it wants to be and ready to throw down when the party starts!

I only have two complaints with Regalia. The first has to do with story. There are just a few elements that don’t make sense (an entire kingdom and lineage wiped from memory in two generations) and some of the English voice over work. Some of it sounds oddly mixed and some of the recorded dialogue does not match the written text. Also, some of the words are mispronounced. As someone who communicates for a living, bad form… but I can’t stay mad at you for too long, I screw up sometimes, too!

If you are looking for a tactical RPG with comical themes, an unlikely protagonist, and plenty of heart, Regalia is worth its weight in gold.

Written by
Damien Gula
Born in the heyday of mullets and the El Camino to a tech-foward family, Damien (a.k.a. Dame, PastorDame) quickly embraced the reality that “normal” is just a setting on a dryer. Damien is a pastor by trade and loves talking with anyone who is interested about life, God, and video games (in no particular order) - so, much so, that he and fellow MMORPG/GameSpace writer Matt Keith (Nexfury) create a podcast dedicated to that conversation. At the end of the day, Damien is a guy who loves his wife, his Mini Schnoodle, and crafting gourmet bowls of Mac N’ Cheese.
Previous ArticleQuake Champions – Strogg & Peeker Lore TrailerNext ArticlePAX East 2018 – Sleep Tight is horde mode with Nerf guns and pillow forts 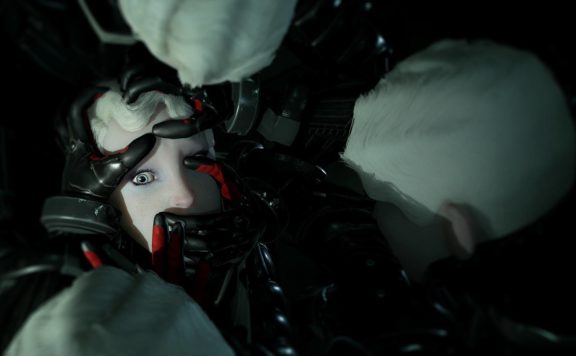