From Developers at Croteam and Gamepires comes the latest in a line of open-world survival games. Scum comes our way boasting an in depth character stat management system that involves not only hunger and thirst management, but making sure you use the restroom regularly. Along with that, you have crafting, the ability to hack up anyone for free food and dying, lots and lots of dying. This is our review of Scum.

The premise of Scum revolves around prisoners being let loose on an island to survive not only against each other but man-made zombie-like creatures, animals and mechs. All for the entertainment of the fans as they watch from home the live broadcast of death and mayhem. That’s where you the player comes in, you get to create your very own prisoner who you will hopefully lead to survival of some sort, or death, lots of death.  The premise is fairly simple but considering the meat and potatoes of Scum revolves around the open world survival genre of gaming, it doesn’t need a heavy backstory to keep it going. 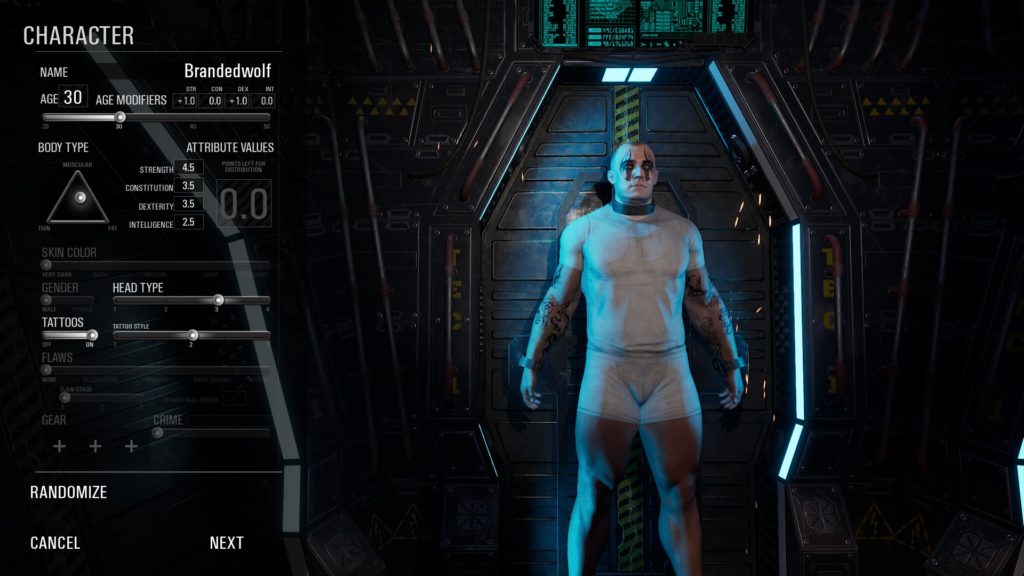 While there has been a great deal of open-world survival type games (especially those populated with zombies) over the years (more so after the success of DayZ); Scum’s biggest selling point is its robust stat system. Things, like being fat or thin or being muscular, will affect your starting attributes. From those starting attributes, you have certain skills you can put points into. Over the course of the game, your skills and attributes can change. Run a lot burning precious calories without eating much? Lose weight and possibly some strength lowering your melee skill. On the opposite end of the spectrum, eat too much and suddenly your character is overweight and loses dexterity effecting his ability to move fast. What you eat and drink matters in the game, things ranging from raw fruit to cooked meat, to soda and water. All have stats that can affect you as well as cause problems. Eat too much and you’ll be vomiting all over the place. And yes, you have to poop and pee as well. It an open world survival game like Scum, these things become something you don’t want to forget or you could be running away from someone when suddenly your character stops because he has to go. Guess who just got killed while pooping?

Moving away from the stat system, Scum also offers a fairly in-depth crafting system. You start with nothing but the clothes on your back. It’s a simple matter of finding some rocks and now you have a stone knife. The crafting in the game can be pretty neat with everything that it allows you to craft, but it can be frustrating at times with its lack of information. There was a point my character had everything he needed to make a bag, but for some reason, he couldn’t do anything. Was he too dumb to craft it? Were the parts not close enough? Was something missing that I was too blind to see? A little tooltip would have helped a great deal in this regard. And you need to craft a bag or get really lucky and find one. The item management in Scum is not only inventory Tetris in regards to shapes but also weight management as well. The good thing here is that almost every piece of clothing you can wear has space in it of some kind. Along with there is an option for a few of the crafting ingredients to be tied up in bundles which makes for easy transportation of sticks and such. 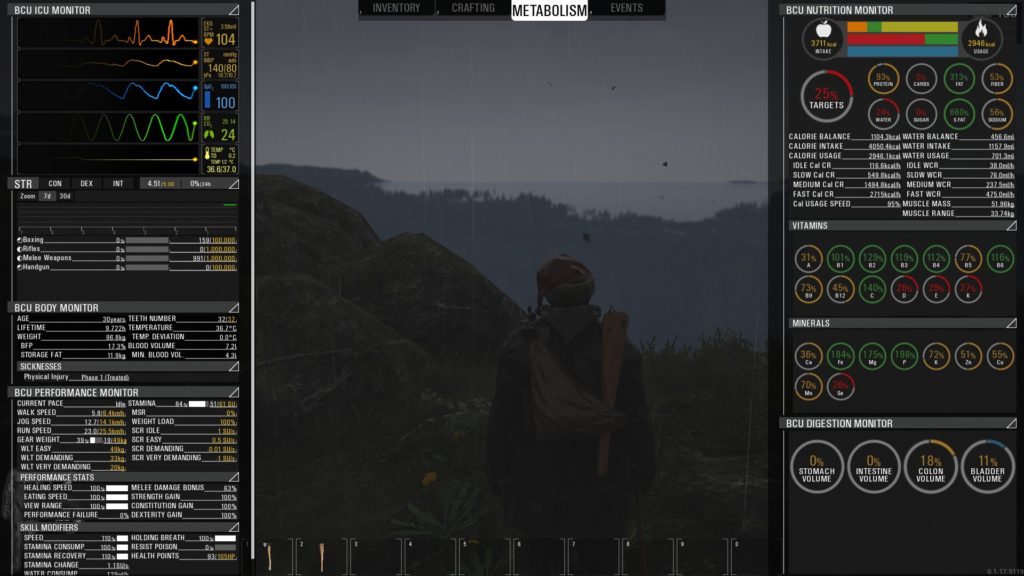 The melee system and gunplay took a little to get used to in Scum. Mind you again your stats matter. I tested a few different builds and could see a difference in having more points one way or the other. Melee is a game of timing depending on how heavy your weapon is and if you’re up against AI or another player. The scopes on most rifles felt good as did firing them usually. At times there was definitely some server lag issues which unfortunately affected combat. The combat system has a very good base system and the devs seem to be working on it to improve it.

Overall Scum feels like a good addition to the open world survival genre of games. Its unique stat system along with body management opens it up for some interesting gameplay, backed by a good crafting system and solid (when not lagging) combat.  It currently exits on a fairly big map which makes one wish there were vehicles in the game. The devs do weekly updates and seem to not only care about the game, but it’s community. At only $19.99 USD Scum is worth the price of admission if you don’t mind playing an Early Access title which has bugs and is in the middle of being developed. 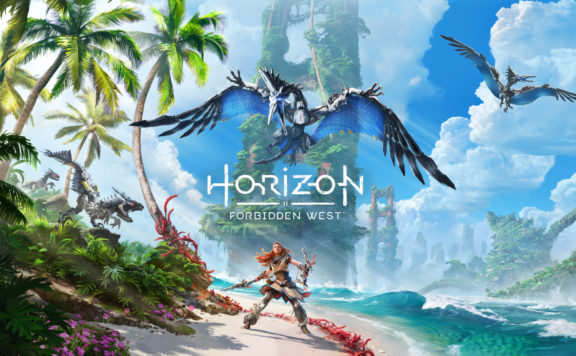 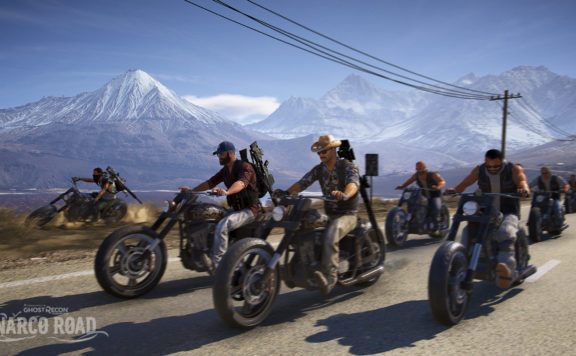 From Developers at Croteam and Gamepires comes the latest in a line of open-world survival games. Scum comes our way boasting an in depth character stat management system that involves not only hunger and thirst management, but making sure ...
0
Average User Rating
0 votes
Have Your Say!
Your Rating: 0
Submit
Write A Review
Genre:open world, Survival