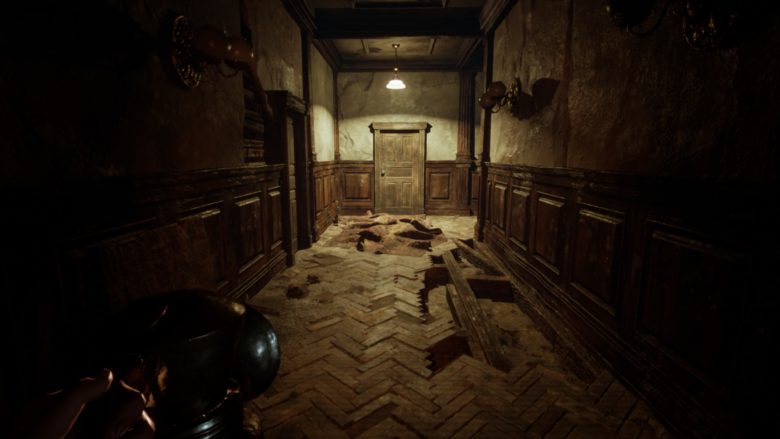 If you decide to go on a trip, first of all, you need to choose the type of transportation. Walking is a good choice. It will let you enjoy every moment of the road and feel the nature in the best way possible, though you won’t be able to carry many things and you’ll reach your destination late enough that you might not have time to see the place as much as you want. Next option is driving. It’s fast and allows you to stop everywhere you want, but you will never enjoy the road as much as you did in the previous option. All in all, based on the way you choose to reach the goal, you have to prepare in a different way and expect different outcomes. This is our Silver Chains review for PC. 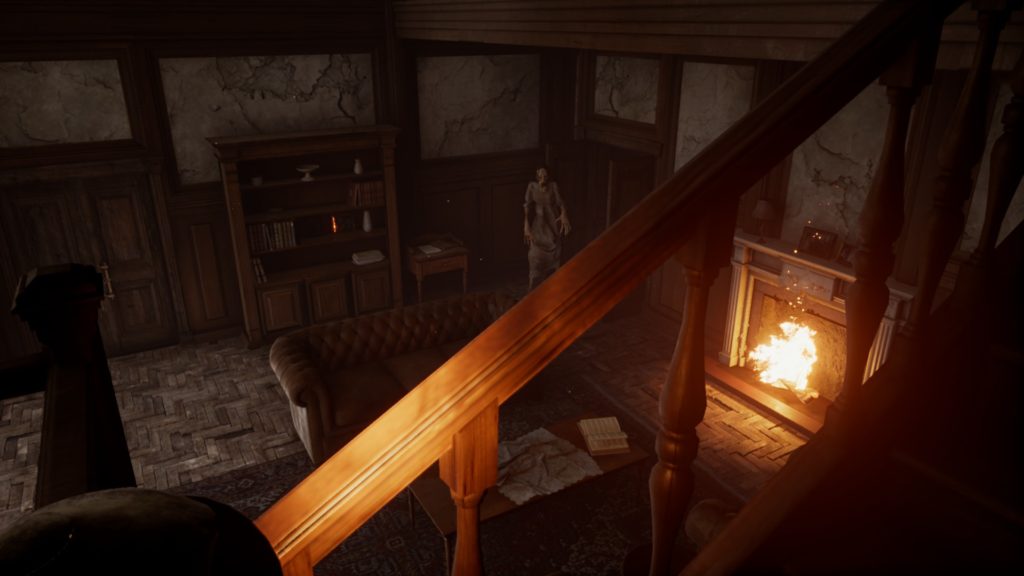 I think sometimes video game developers need to ask themselves about the framework that they choose to work within. Every video game works within determined boundaries, and the developer needs to prepare things in a way that provide the most enjoyable experience within the aforementioned framework. If you want to have a complicated story with a twist, in the end, you have to focus on your characters enough to make them believable to the players. You should make your audience to worry about characters and to hate the antagonist deep from the heart unless you want to create a game like Silver Chains.

If you ask me, the main problem with the team behind Silver Chains is insisting on a very big dream that could have never been achieved with the way they’ve chosen to develop the game. It’s so hard to find a single aspect in the game that doesn’t represent a mistake from the developer. Map design, jump scares, graphics and story all have got their own problems. 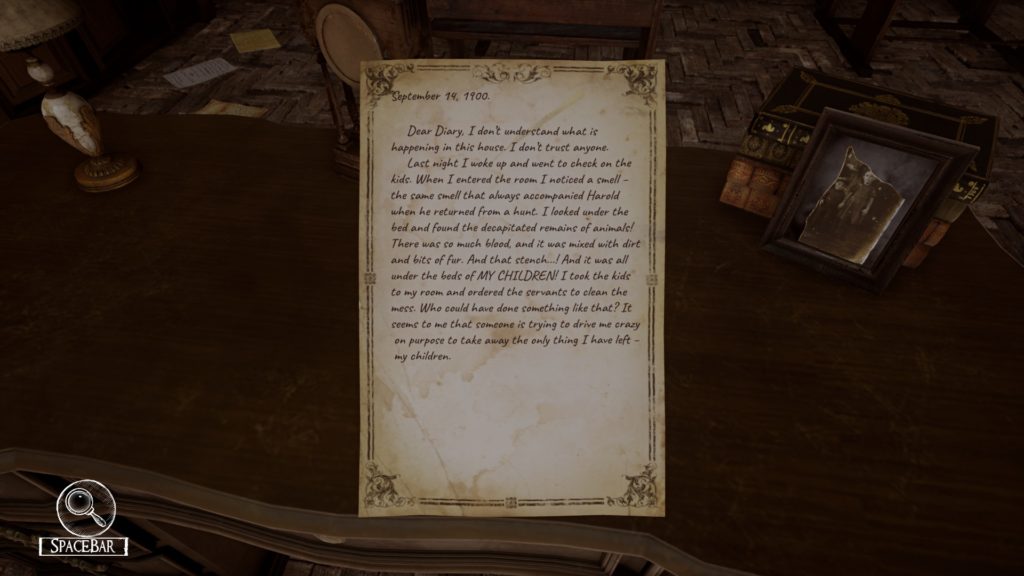 Silver Chains starts from nowhere and ends in nowhere. Like most of the horror games, Silver Chains’ intro starts with your arrival to an old and dark house, but there’s something wrong here. The team hasn’t provided even a simple reason that what has derived our hero to look for such a house. In Resident Evil 7, we walked into a haunted house to find the protagonist’s wife. In Outlast, we entered a mental hospital to find some evidence. But in Silver Chains, there’s no reason. We just see a crashed car next to the character, while the only hope to survive is an empty mansion ahead. What has led the character to the place? No one knows.

Silver Chains tells the tale of a family that once upon a time was living in the mansion. A mother with his husband and three children who encounter strange situations since the arrival of a nanny to grow the babies. Thanks to the set of diaries written by the mother of children, we get to know what has happened within the house and how things have been changed. The diaries are one of the rare positive points of the game that help you to imagine the haunted atmosphere and bizarre situation of the house at the time. To be honest, at first, the story seems promising. The rhythm is well and the progression is step by step, but as we get closer to the ending, everything starts to collapse and the logical reasons behind the story begin to vanish as if the developer is running out of time and wants to put an end to the story as soon as possible. This interruption in pace leads to a rush in explaining the relationship between the antagonist and the protagonist which makes the whole story pointless. 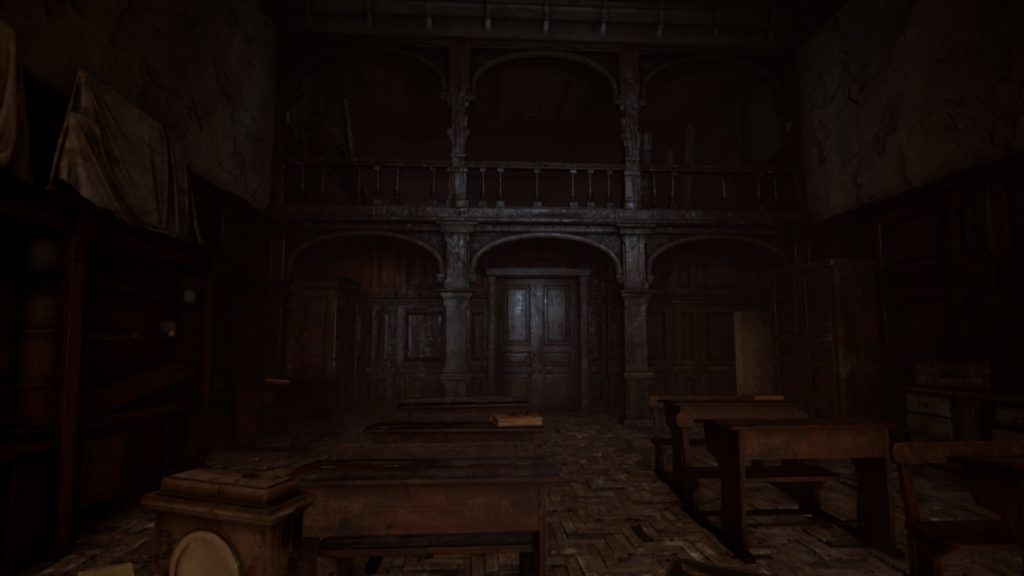 When it comes to gameplay, everything gets worse. Why do we play a horror game? We want to have an exciting experience with horror to become a nightmare for us. This sense needs to intensify in titles that give you no weapon to defend yourself. You just see the antagonist then you beg to find a place to hide. This is the time that you feel fear as if something is chasing you in the real world. For me, there are two main expectations that I really want to be met with horror games. First, they should scare you in the moments that you don’t expect to encounter a scary thing. Second, they should handle the number of times that they are going to make you feel the fear. Unfortunately, Silver Chains fails in both of them. First things first, Silver Chains attempts to be a horror-adventure but most of the times it forgets about the horror part and only becomes an adventure game. Scary moments in the game are less than what it should be, and unfortunately, they don’t last too much. One of the big mistakes by Cracked Head Games is avoiding the player from getting stuck in a challenge. Let me explain it with an example. There’s an antagonist in the game that sometimes appears in some rooms and chases you, which ends up in your death unless you find an empty closet and hide in it. Well, it might seem challenging but actually, it’s not. Whenever she appears on your way, there’s a closet around there just a few steps away from you. This really doesn’t work for a horror game, and it even causes a worse issue: Wherever you see a closet, you can rest assured that the aforementioned jumpscare will be appearing sooner rather than later. If a horror game becomes predictable, that’s no longer a horror game.

The level of puzzles in Silver Chains is good. Actually, you see the answer of puzzles in somewhere else within the house, so solving puzzles is more of a remembering action than thinking and crafting a new way on your own. Anyway, they are entertaining.

On the other hand, the map design is awful. There are dozens of rooms within the mansion that some of them never unlocks and some others have nothing to reward your adventuring. This causes a big waste of time, especially when the game doesn’t hint you on the location of items, and most of the time, you have to search all the three floors to find the asked item, which repeats over and over. 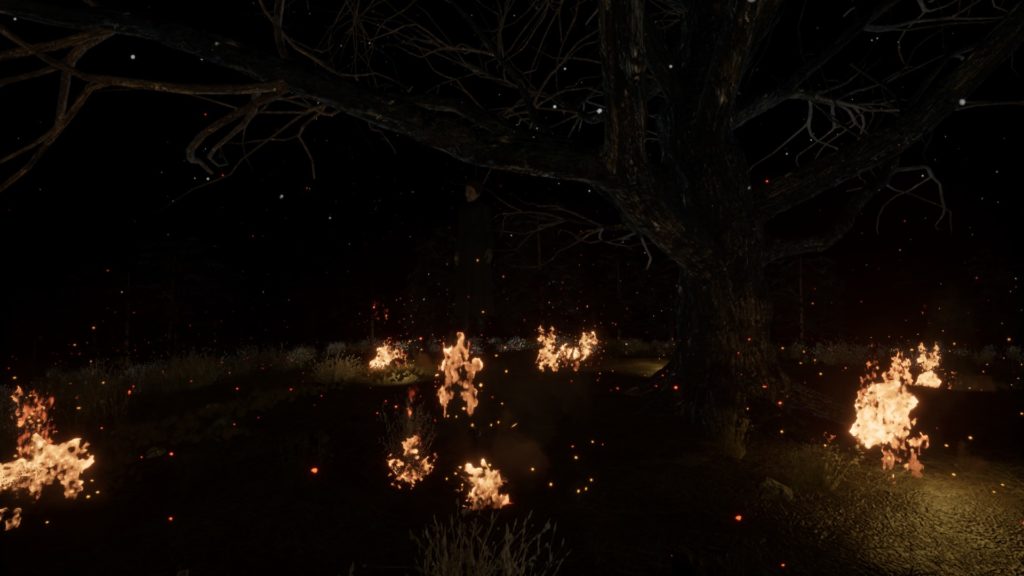 Bugs in Silver Chains aren’t too much, but the existing ones are annoying. Imagine that the game tells “you’ve collected all the items and it is time to go to a certain place.” You reach the location but nothing happens since one of the items is missing. This is a kind of a bad joke but it happens and you have to go through the mission once again.

Quality of textures in the game is acceptable but sometimes there’s a delay in loading them. On the other hand, sound effects are good and create a horrifying atmosphere within the mansion, especially when it accompanies with good lighting, the game looks more beautiful. This is enough for an independent game, technical wise.

Finally, it’s time to sum everything here up and tell you the truth about Silver Chains in short and simple words. Don’t buy it. This is my loud and clear message for those who are reading this review. Silver Chains has several structural issues that never allow you to enjoy your experience. The story wants to seem complicated but it’s not. The gameplay wants to be entertaining but it fails. The jumpscares want to make you feel a deep fear but they’re predictable. To be honest, this is a big failure for Cracked Head Games, but it might lead them not to repeat the same mistakes in their next project.