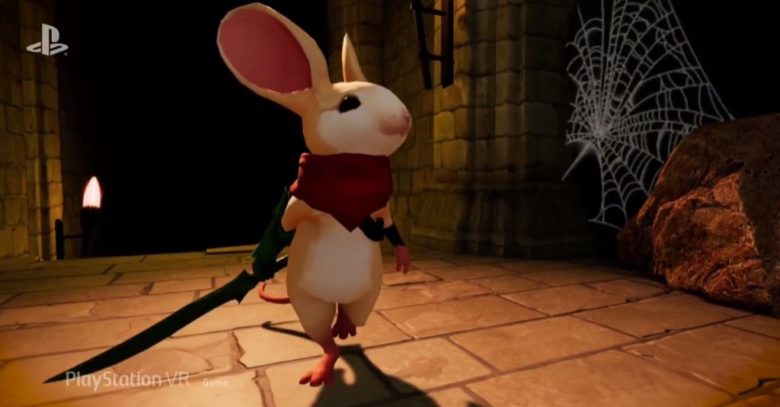 Ever since E3, PlayStation VR news has been a little quiet. We’ve been frothing over Monster of the Deep and Moss (unfortunately now delayed to 2018), but the upcoming slate has been sparse otherwise. Today’s announcements at Paris Games Week are a welcome boost for the $350 accessory that was otherwise struggling for content.

Headlining the menu is Blood & Truth, a slightly disturbing shooter that has you taking on the role of an ex-soldier battling a crime syndicate for answers about his family. The trailer features some bizarre gameplay moments, even crawling through air ducts, but the immersive-ness could make it a stand-out purchase if London Studio can deliver. We’ll forgive the cringeworthy accents for now.

Megalith also looks curious, placing you in the body of a Titan to battle others on the quest to ascend to godhood. But, like much of what was on show at the PlayStation event, it seemed like an early teaser with little actual gameplay. Eden Tomorrow is a similar affair, giving little hint of what’s in store beyond the beige sci-fi-setting.

For more fleshed out concepts, Stifled leans hard on echolocation to paint a virtual world while trying to avoid attracting zombies, and Dead Hungry has you flipping burgers and filling sodas to feed a similar unliving horde. Bow to Blood, meanwhile, looks to offer a variety of airship-based battle modes in a style reminiscent of Gigantic’s floating battle boats.

Overall, Sony shared 14 PlayStation VR trailers at Paris Games Week, including a sizzle wrap that featured some announced previously. For those of us worried about a content drought for our virtual reality headset, it looks like those fears have been put to rest. To get that full line-up of every new PSVR trailer, we’ve included the list below:

Written by
Gareth Harmer
From flight sims to fireballs, in the most dapper way possible.
Previous ArticleONRUSH for PS4 Revealed for Summer 2018Next ArticleOur Time Recoil Switch Review – Stuck in a Time Loop