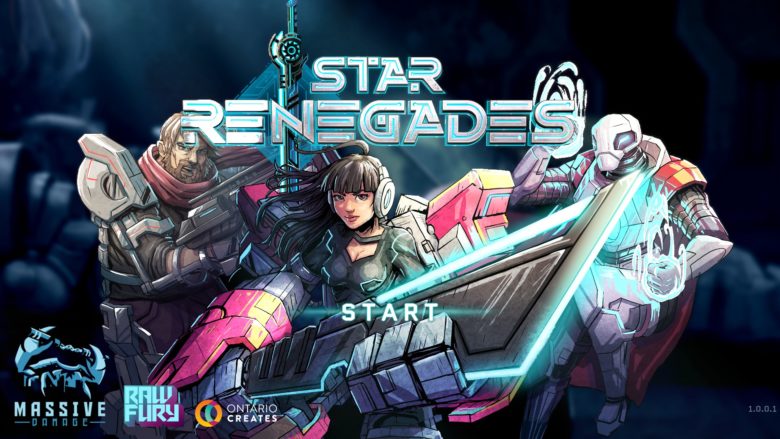 Star Renegades is a tactical rouge-lite RPG set in a distant future where the evil Imperium is hell-bent on dominating the galaxy. Leading a roughneck team of rebels, you’re tasked with saving as many people as you can in the hopes of overturning the Imperium and setting the galaxy free from tyranny. Developed by Canadian company, Massive Damage Inc., this retro RPG throws more than a couple of curveballs at players to mix up some of the traditional formulae you expect to find in the genre. So grab that coffee, kick back and enjoy our review of Star Renegades, provided by the good people over at Massive Damage Inc.

You Go This Way, I’ll Go That Way

Set in a dismal future where all life is under the iron gauntlet of the tyrannical Imperium, you and your ragtag team of misfits set out on the impossible mission of saving the galaxy. This fight however is treacherous; plagued with danger and death at every turn. In true Rogue-lite fashion, you’ll die a lot. In fact, death is a guarantee. Thankfully due to its sci-fi setting Renegades leverages the quantum realm (or big blue box, Delorean, time-machine or something) and simply kicks you back in time to try again on a new timeline because science!

Interestingly each playthrough sees you navigate a series of procedurally generated versions of a set of worlds with multiple paths to victory. Confined to a three-day cycle per planet, you’ll need to choose a path that allows you to progress your party, equip them with various pieces of randomly generated gear and prepare them for a boss fight. Each world also includes a host of mini-bosses (each randomly generated) that, although optional, do give powerful rewards. 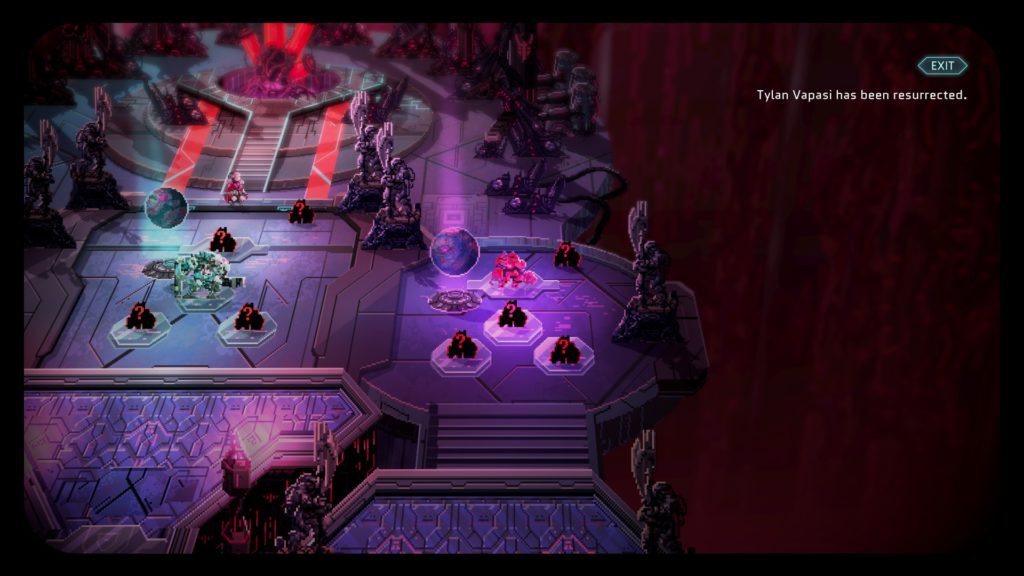 The whole system was a bit overwhelming at first and took me several playthroughs to get a handle on. I struggled a bit in the beginning to get my head around how all these parts work together. If you’re quick to get distracted I’d encourage you to push through those first couple of hours of learning. Once you get the hang of how all these mechanics work together it becomes a pretty strategic and exciting gameplay experience. I’m impressed at how well Massive Damage has worked several different game mechanics together to create this unique and engaging gameplay experience.

However, the combat in Star Renegades is interesting. Much like the world-building, it attempts to mash together a few different mechanics to create a unique experience for the player. For the most part, it works well. At its core it uses a turn-based system; queue up a series of abilities and unleash them hoping your lack of reading tool-tips combined with the speed at which you furiously clicked buttons kills the enemy before it kills you. 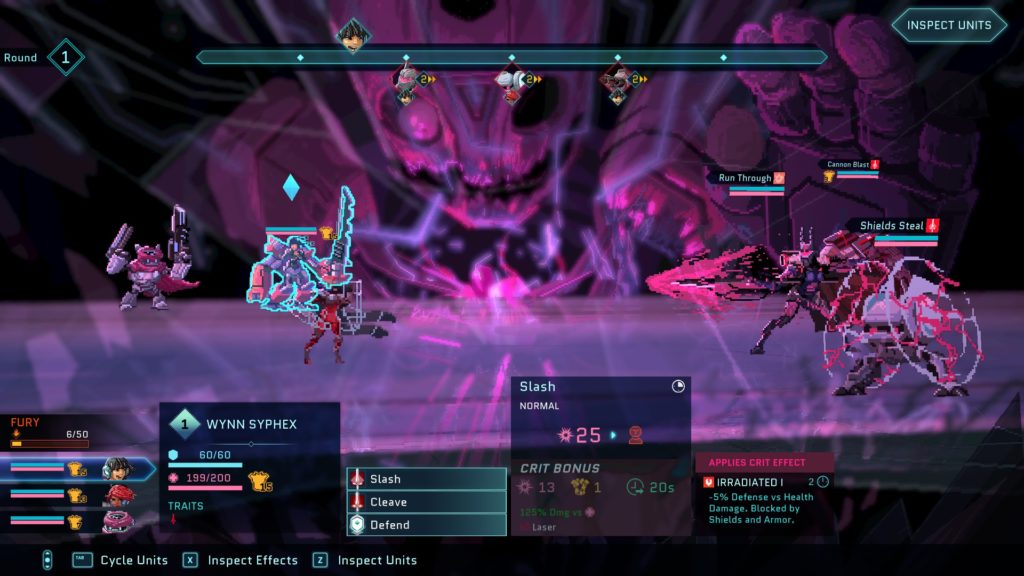 Some abilities, however, defy the laws of turn-based combat and can be activated in real-time, allowing you to make up for your lack of tool-tip reading, button mashing, etc. Furthermore, a nifty combat timeline allows you to preview where your commands will intersect with the enemies. Different attacks and abilities take different amounts of time to queue allowing to cater to your combat experience even further. Throw in a fast-forward button for the A.D.D. kid in all of us, and you’ve got a recipe for one of the most unique turn-based systems I’ve ever attempted to learn.

Although I do love the combat in Star Renegade (this is high praise – see above note on disdain for turn-based combat) the learning curve can be daunting for the uninitiated. If you’re new to the turn-based scene (does turn-based have a scene? It should if it doesn’t) there is a lot to take in. I have to confess that I struggled for the first hour or so to get into the combat but after some time and reading, I began to appreciate how great the combat is.

Progression, like many of the mechanics in Star Renegades, marriages several things together. Like most rouge-lites, when you die(see notes above on dying) you’ll be whisked back to the main hub. None of your gear or individual party levels come with you but you are credited with currency for all that you accomplished in your previous playthrough. These currencies can be used to purchase everything from permanent party upgrades to item caches that will be placed in the world on your next outing. One currency even allows you to purchase new rebels to join your squad. It all works together and is rewarding enough that the sting of death is quickly forgotten as you’re pouring points into various upgrades and characters. 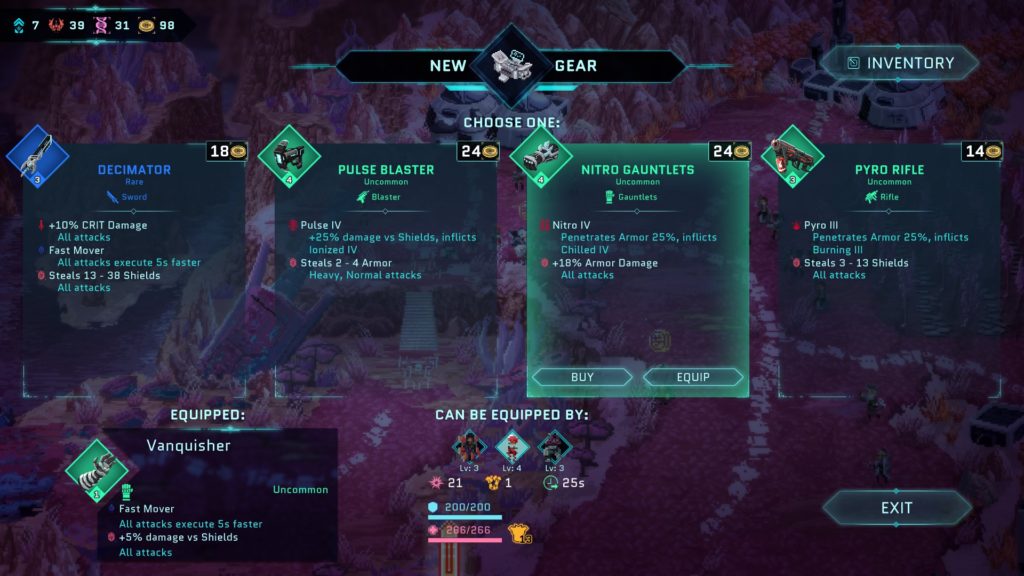 It’s easily my favorite design for a progression mechanic in a rouge-lite to date. Even the execution of the mechanics, from explanation to how each new currency and upgrade is laid out, was clear and easy to understand. Unlike the early feelings of confusion around combat and navigating the world mentioned earlier, progression was clear and concise.

Another form of progression that I really enjoyed was the campfire at the end of each day. With a three-day cycle system, these rest times work as a sort of mini-game that allows you the opportunity to play cards that heal, buff, and further equip your squad for the next day’s battles. In addition, it fills a companionship meter that creates additional synergy between the characters in your squad.

Speaking of which, team synergy plays a huge role in Star Renegades. Starting with three characters you’ll begin to unlock new characters and additional slots as you progress through the campaign. As you develop your team you quickly learn that certain characters resonate well with others. Spending the time to tweak your team and loadout is a whole other layer of progression that I’ve found myself enjoying during my playthrough. 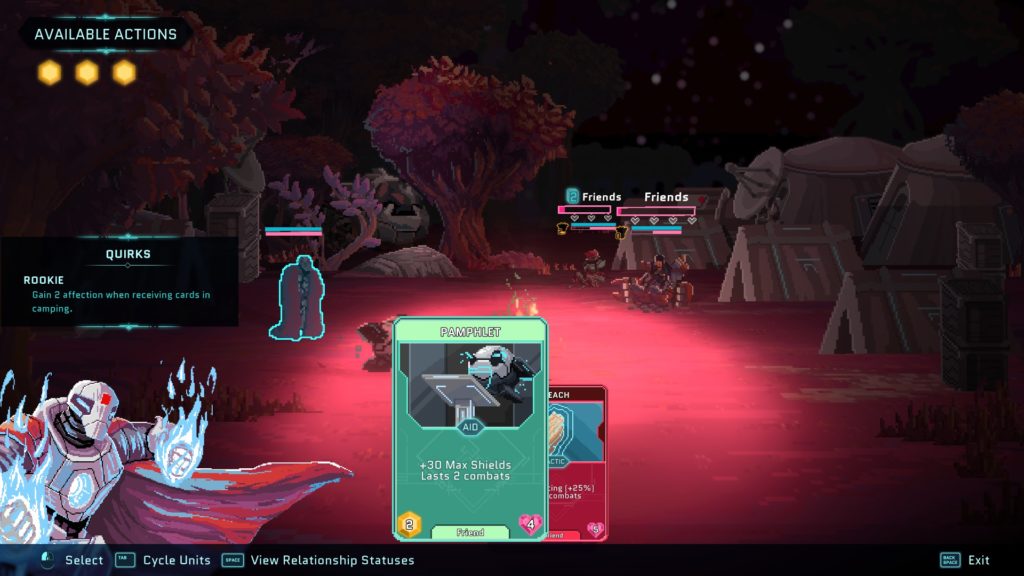 Star Renegades releases on Steam on September 08.  With a release on Nintendo Switch, PlayStation 4, and Xbox One slated for later this year.

Summary
Star Renegades is a fun, challenging Rogue-lite RPG. Its creative use of familiar game mechanics is a bit of a double-edged (laser)sword. On the one hand, once you get the rhythm of gameplay and world navigation it's a great gameplay experience. However getting to that point can be a bit of a slog, especially for gamers who are dipping their toes in the genre. Overall, though, Massive Damage has created a game that sets itself apart enough with its unique gameplay and premise, that it’s worth taking a look at.
Good
Bad
8.5
Great 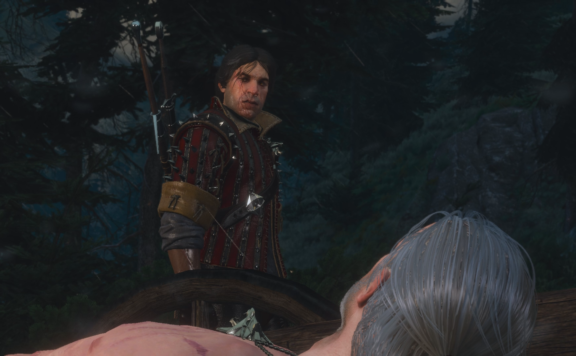 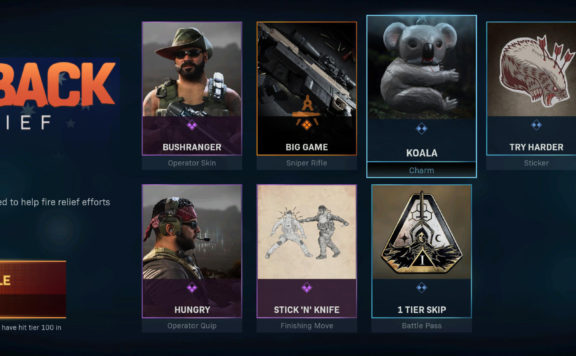 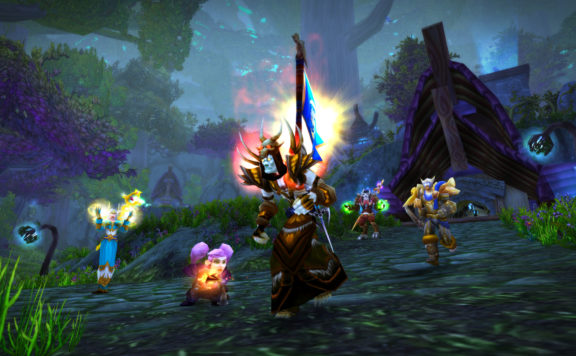 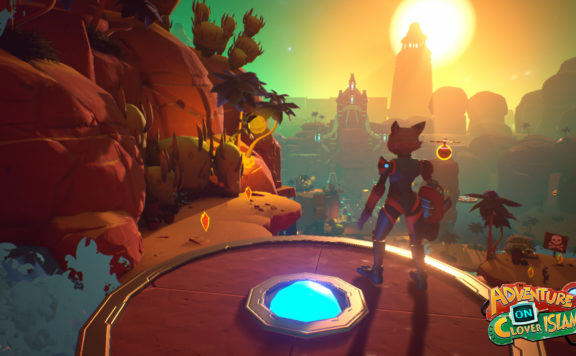 Skylar & Plux does its best Ratchet & Clank impression this May
March 29, 2017 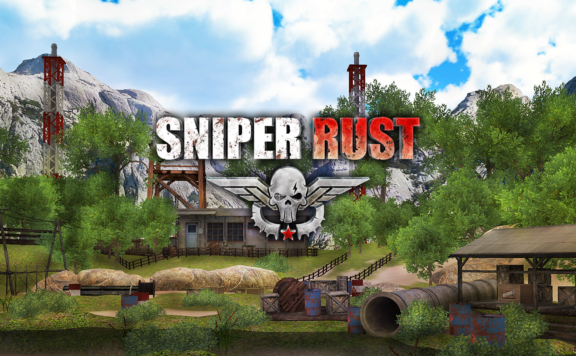 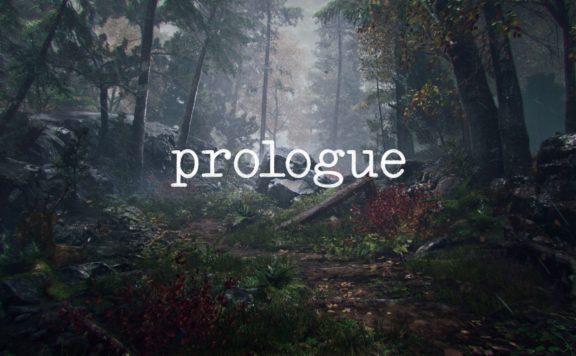