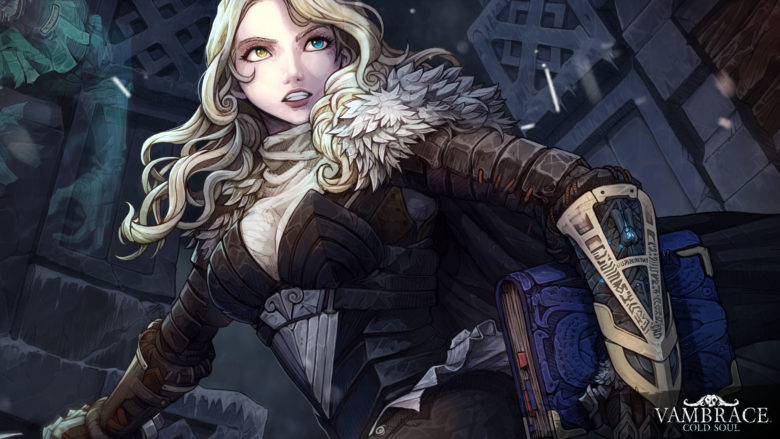 Of late it seems like “rogue-lite” has become a popular video gaming buzzword. It’s slowly approaching the drop frequency of “battle royale” and “survival”. It’s been only three months since its release on Steam PC and was developed over the span of two years by only four developers nonetheless! Now Headup Games and Devespresso Games have managed to bring their Fantasy, Rogue-lite Adventure game to all three of the major consoles. The game will pull you in with its beautiful, hand-drawn artwork, that is reminiscent in looks to Darkest Dungeon. It also might initially have you throwing your joy-con through the wall at the early stages. This is our Nintendo Switch review of Vambrace: Cold Soul!

No Not Geist, “The Gist”

Vambrace: Cold Soul is played in both a top-down mode, for city map travel, much like a Zelda game but mostly in a side-scrolling view. The back story that arcs over seven chapters is about “The Shade King”. You play as the female archer type character named Lyric, replete with an enchanted “vambrace”. A vambrace is defined as “a piece of armor for the arm, especially the forearm”.

At this point, the first joke that comes to mind is to forget “Winter Is Coming”, for the town of “Icenaire” winter is already here! You see The Shade King has cursed the great city of Icenaire with a permanent “frost fall”, loosely translated… he’s made it damn cold! Its former townsfolk have returned from the dead as wraiths. Any remaining warm-blooded survivors live deep underground where they lead a resistance against this unearthly power. And one fateful day, a mysterious stranger, i.e. you appear in the city with an enchanted vambrace giving the survivors a glimpse of hope. 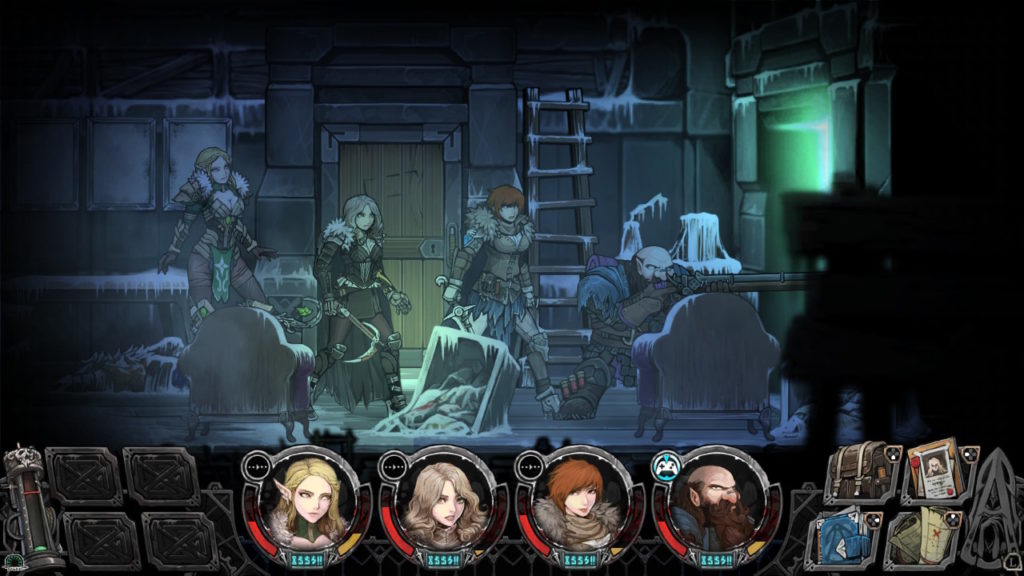 Adventure Gaming At Its Best

You take on quests as one would expect and venture above ground with up to three hired henchmen. Henchmen are “recruited” from a Hunter’s Camp in town and show up on a job board. There is a limited amount of board space so groups of candidates are presented randomly.

Candidates are composed of five races and ten possible classes. Unfortunately, you might not always be presented with a healer choice for example. Also, if a henchman dies while traveling above ground he/she is permanently gone. You must also keep Lyric alive if she dies your team gets sent back to a healer in town. Henchmen also have ratings in several key stat areas; e.g. combat, awareness, overwatch, vigor, and health (to name a few). So there is some thinking behind what kind of team to build and what type of classes to pick.

You also have control of party formation, e.g. whose in the back, and who to control. I started with a ranged rifle-toting Dwarf with high awareness so I put him upfront to avoid random traps. 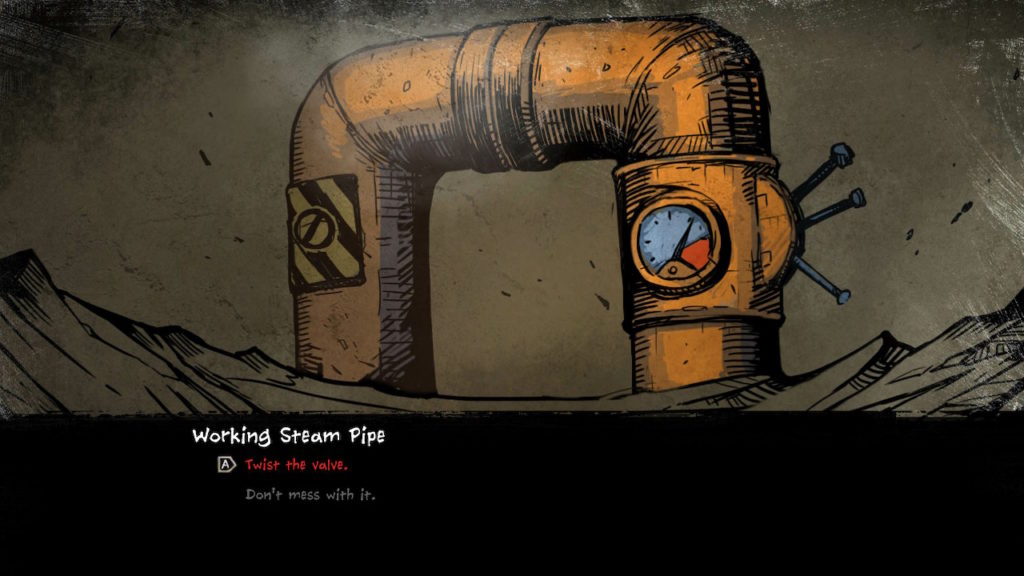 Decisions come in the form of random points in your travel where you might be presented with an item, animal, etc. and presented with a question like; “Do you want to pet the dog?” or “Ignore the dog and walk away?”. Think Shadowgate like encounters. Some choices yield rewards, some yield traps, etc. It all comes down to “Do you feel lucky punk?”

This all sounds like great features and a fun time… until you head above ground. This is where the difficulty in Vambrace: Cold Soul comes in, especially in the early game. 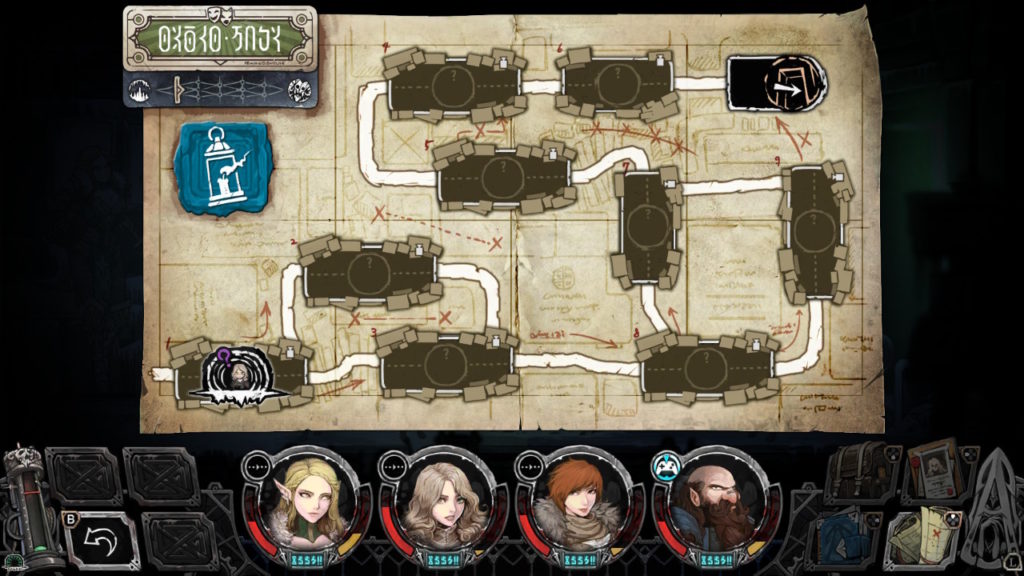 Above ground areas (maps) are like dungeons where each side-scrolling screen is a room, sometimes with multiple exit points. Add to that the fact that entering any room reduces the vigor of all party members by one. Vigor is one of those key stats, like health, you need to keep above zero. Each of your party members has limited vigor, and the ability to replenish your vigor is entirely dependent on whether or not a room randomly spawns a campsite.

Vigor is not the only thing you have to manage. There’s the additional “rub” that whenever you enter a room this also raises the level on your “geist meter” (geist is “the spirit of an individual or group”, we don’t make this stuff up). Your geist meter measures the amount of “ghost fog” which in layman’s terms equates to “threat encounter”. When the geist meter is full, you’ll always have a combat encounter in every room with a full lineup of four rather tough enemies. At this point, you can’t survive to the end of the map if you have more than just a handful of rooms left. 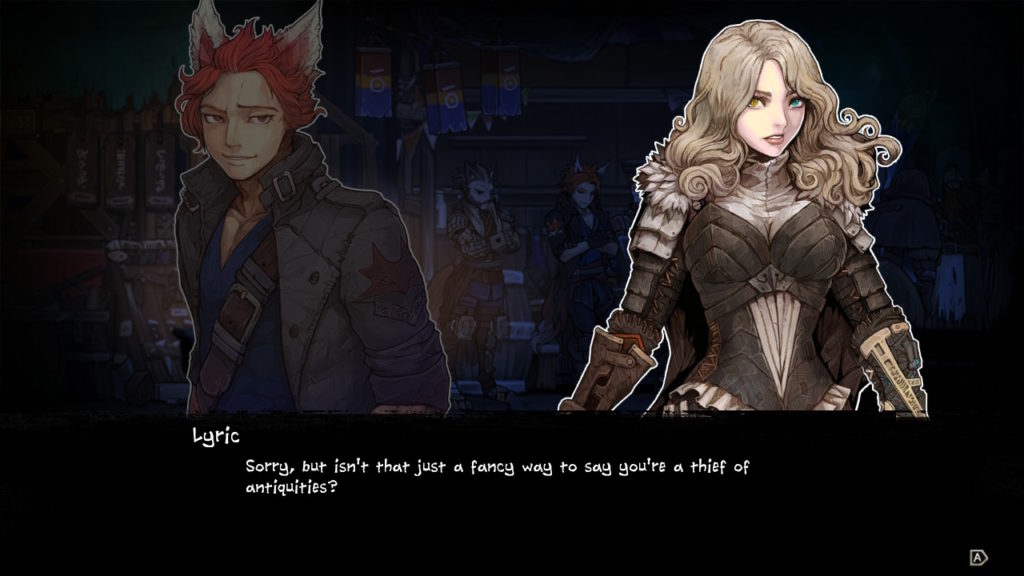 To add to the “Geistly Fun”, combat healing abilities don’t work while the geist meter is full either. It makes backtracking to rooms rather cumbersome. You can expect to repeatedly freeze to death early on until you amass enough materials to craft some better gear with improved health and vigor stats.

Don’t Freeze Me Over

Don’t get me wrong I’m not complaining, its more so about setting expectations as early on you’ll be traversing rooms, die, repeat. This grind, if you will, has led to several strategy guides on the web in fact. Initially, I went into this not heeding or understanding these warnings or they didn’t quite sink in. On my initial run, I ventured way too far and lost my tank. Then I was stuck with a party of four with most being ranged and no healer. Luckily Lyric died before I lost more party members and then it was “try, try again”.

Tags: darkest dungeon, Devespresso Games, Now Headup Games, Vambrace: Cold Soul
Summary
Be warned Vambrace: Cold Soul starts out challenging. If you realize what you're getting yourself into, and go in expecting that you'll die quite a bit early on, then your persistence will lead to a fun, visually beautiful and rewarding experience.
Good
Bad
8.5
Great

Written by
Scott Jeslis
Scott is a comic book, music and gaming nerd since the late 70s. Gaming all began on the Colecovision and Atari 2600. He buys and reads new comics every Wednesday from his LCBS and helps run an online Heavy Metal radio station.
Previous ArticleCyberpunk 2077 – Behind the Scenes on E3 2019 CinematicNext ArticleCapcom reveals “Project Resistance”, a Resident Evil spinoff 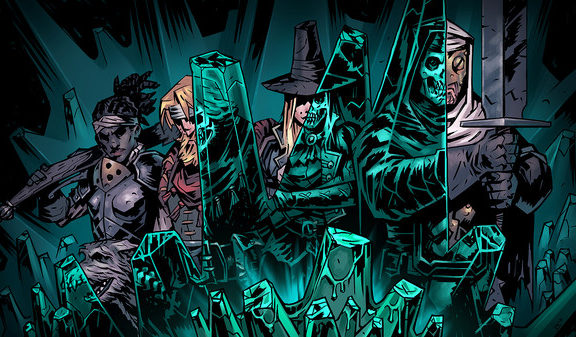