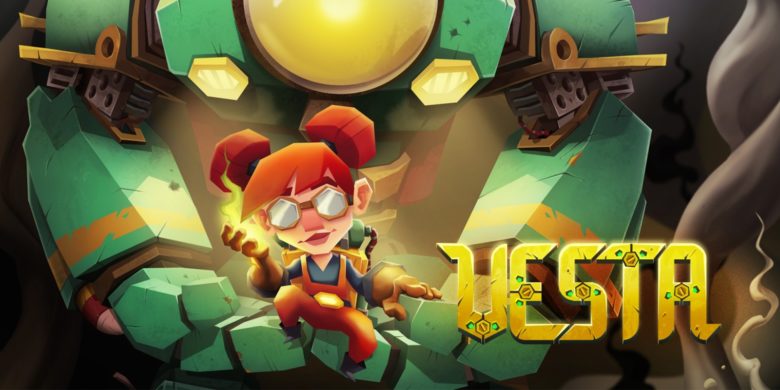 Vesta is a new Puzzle oriented game made by FinalBoss Games. While touted as a Puzzle Action game, I like to think of it as a mashup of Metroid and Zelda with a lot less “action.”  You get the puzzle solving of the two games, without a vast majority of the action. You play a 6-year-old girl named Vesta, set in an underground maze full of robots and machines, most of which want to kill you.  The game focuses on making your way through this maze one level at a time.  While you actually have no way to fight, you get a big robot friend to help you out!  Big Daddy/Little Sister anyone?  All in all, you have 36 levels in total, 4 stages or chapters, each with 9 levels.  The entire game revolves around solving simple puzzles to gain access to the door that leads out of the level. This is our Vesta review for Nintendo Switch. 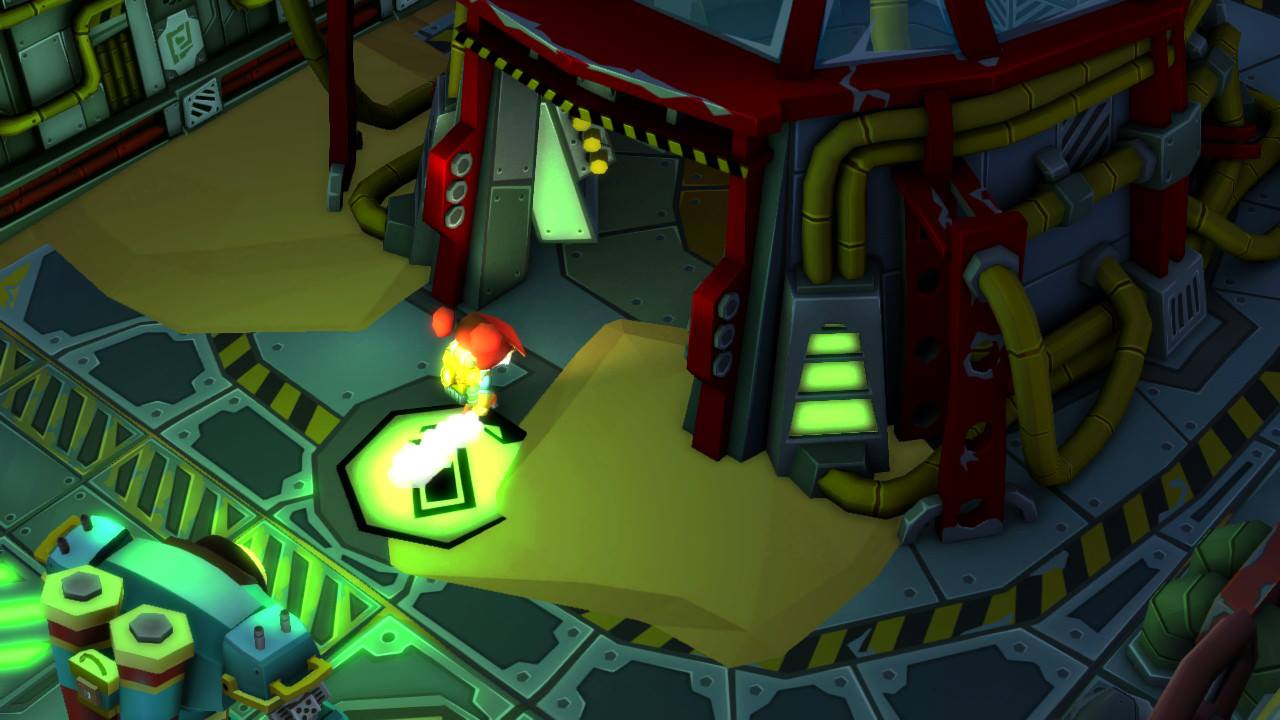 The door leading out of the level

Vesta brings a nice mashup of two of my favorite games, Metroid, and The Legend of Zelda.  Think of it as having the fun puzzles of each game, but without all the fighting.  Let’s be honest here, the gameplay mechanics are very simple.  You control two characters to gain access to various portions of each level.

Your main character, can take energy away from stunned enemies and various pillar switches around the map.  You take these to other pillar switches to activate elevators to shuttle you towards the next spot you need to get to. But how do you stun enemies if Vesta can’t attack?  That’s where Big Daddy, er I mean your Robot companion DROID, comes into play!

DROID is your second playable character.  It is able to shoot out a beam of light towards enemies, hitting one will stun them for a time, allowing you to harvest the energy using Vesta.  DROID has a gauge next to his avatar showing you how many “shots” you have.  This refills over time and I can honestly say it has never been an issue having to wait on a reload.

Going into this, I expected a lot more action than there is, and a lot harder puzzles.  Most levels are fairly easy and straightforward.  I can only say that one level gave me a hard time, and mainly because I didn’t realize the door at the end only required 2 energy, not 3.  When I say I was disappointed in the difficulty, I’m not saying it lightly.  This is obviously a game targeted at a younger audience, it’s not a hard game in the least, it’s mainly just a fun simple puzzle game that doesn’t have a ton of replayability.  If you really sat down to play, you could go through a single stage in an hour, which is really quick. 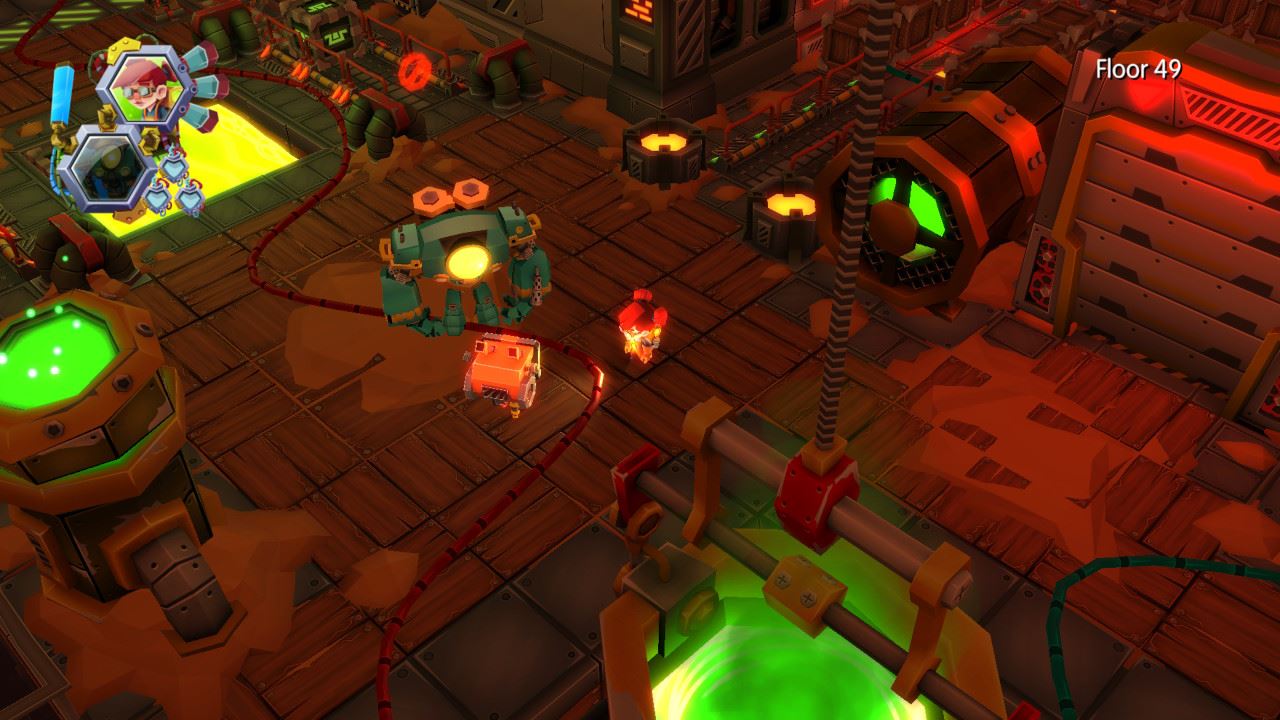 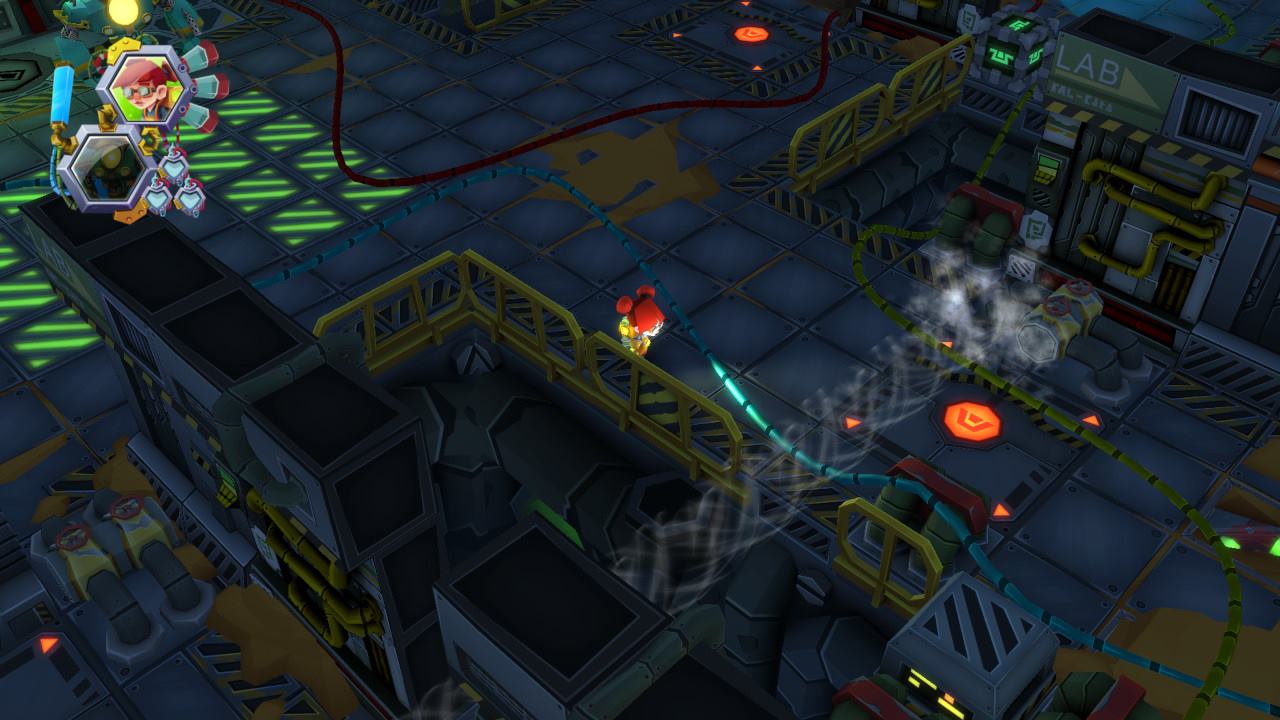 Vesta is a nice game, but for me, it lacks in difficulty.  It’s more of a laid-back “gimmie” puzzle game than anything.  I expected a lot harder puzzles and in general a longer game, but, for the price of $14.99, it’s to be expected, and honestly worth the price.  While the gameplay is lacking, I did enjoy it for the beautiful art direction the game used.  If you’re looking for an easier puzzle game with great visuals, this is the game for you!  I also think this is a perfect entry for the younger crowd on the Switch! 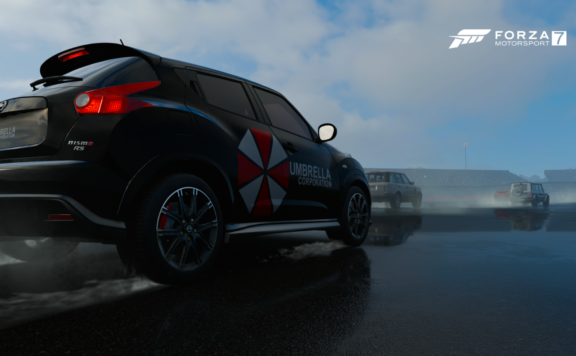 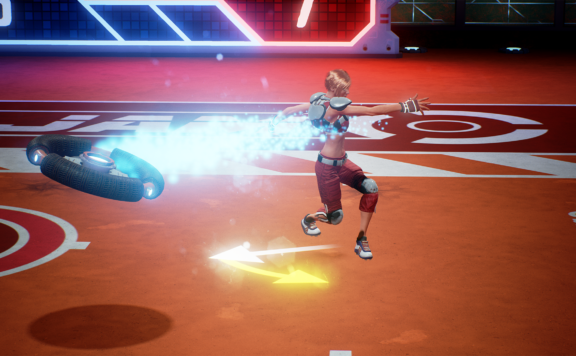