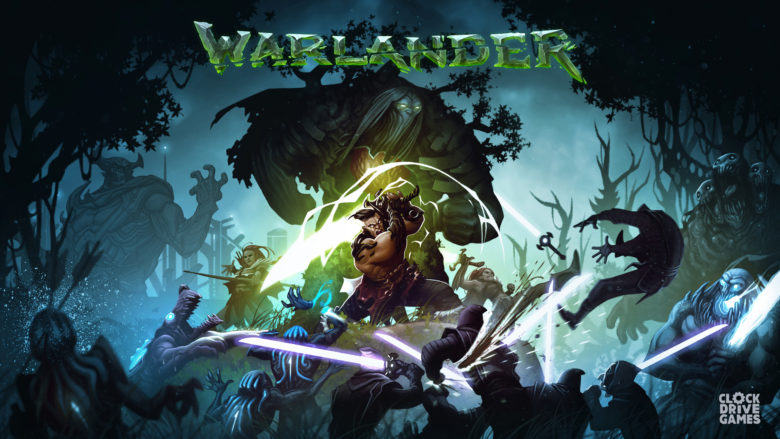 Clock Drive Games has created a rogue-like game where you play as the resurrected warrior Bruce. The opening, while short, does a good job of capturing the player’s attention. The ye old typical trope of memory loss leaves a lot of room for an interesting story, unfortunately, a lot of that potential ends up unrealized. This is our Warlander review for PC. 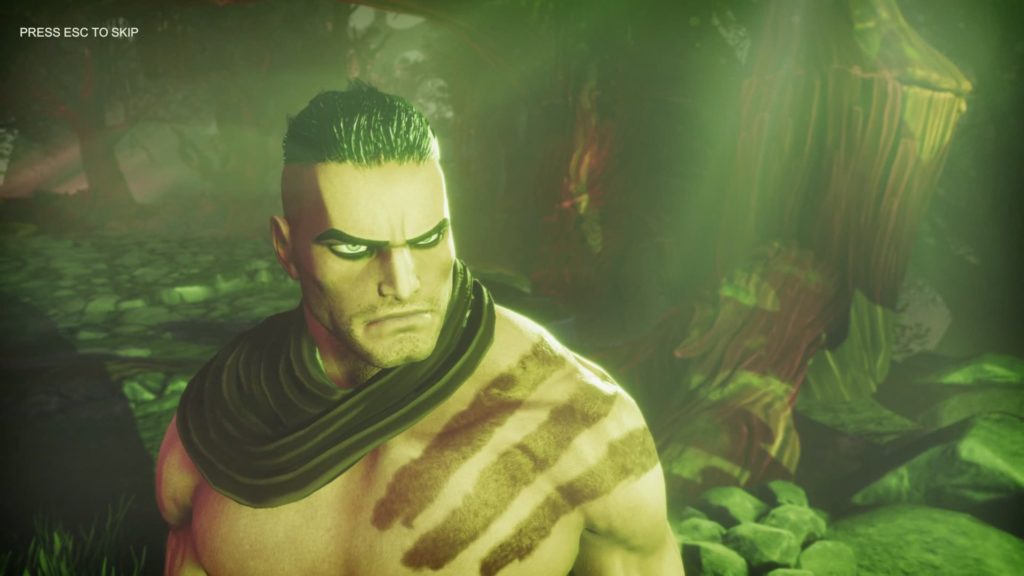 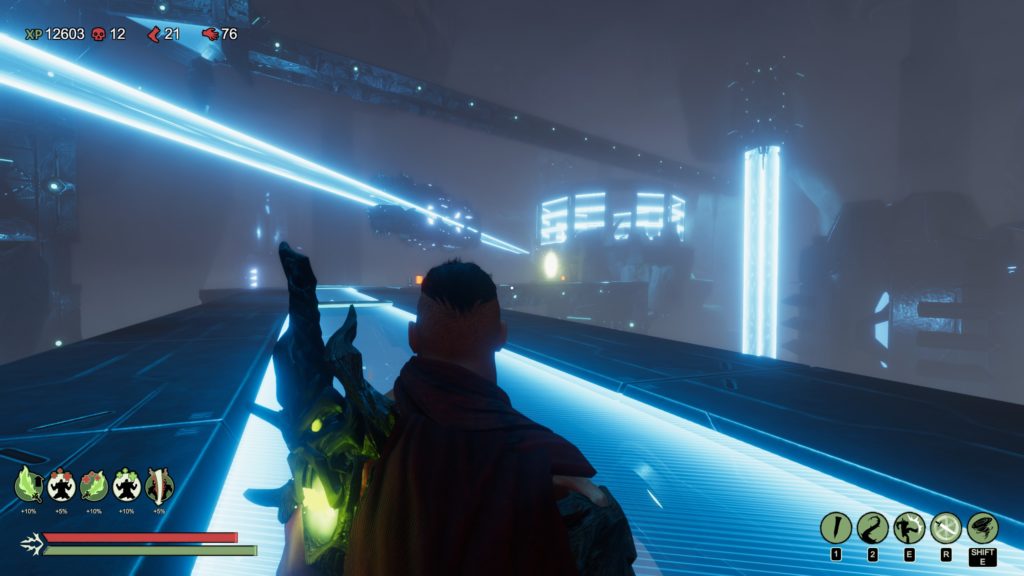 Bruce’s adventures look pretty good. As you pick your path moving between wave fights, chests, healing nodes, and feeding the tree for ability unlocks/upgrades each area looks pretty good with a nice stylized aesthetic. I enjoyed how as you progressed further into the game the environment shifted to almost a sci-fi setting. Music and sounds are decent but did not really help to keep me engaged with the game. The limited amount of voice acting is pretty good as well. 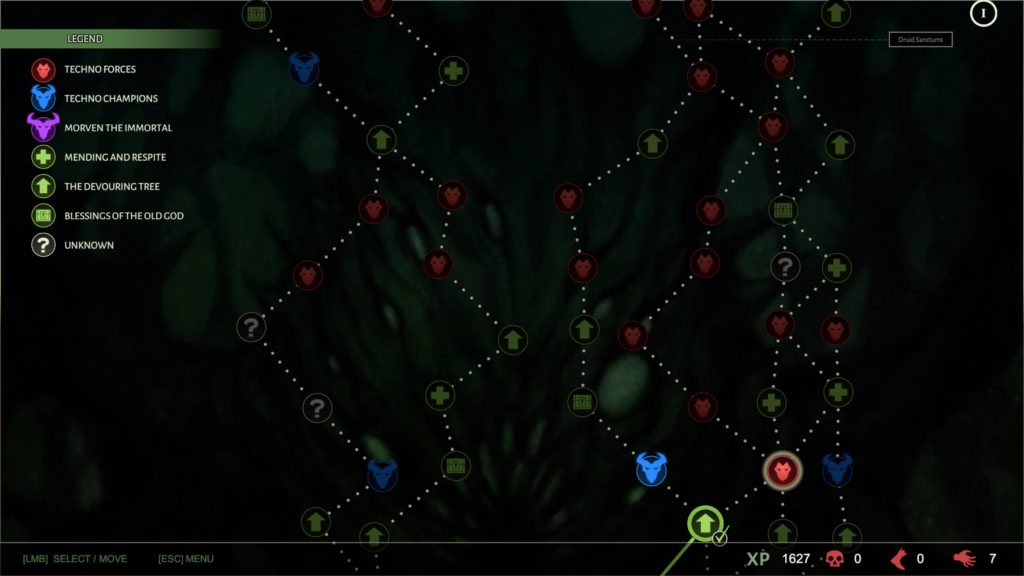 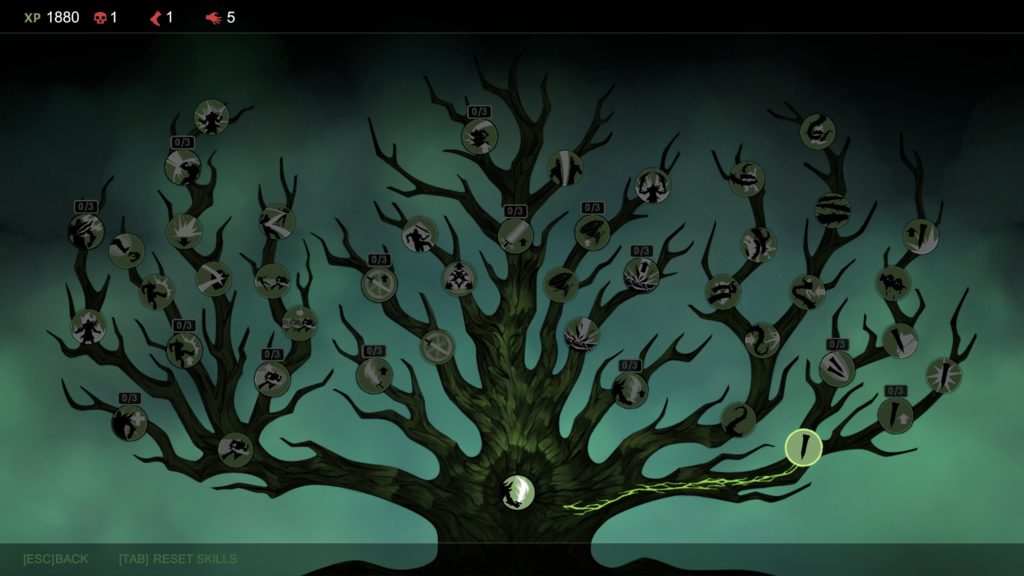 When you first begin a campaign, your character starts with no abilities. You pick from limited options on how to advance through the campaign gaining abilities and buffs along the way. When you die the campaign needs to be restarted and you get to work your way along a newly generated campaign map. As you advance through a campaign map there are boss nodes you can choose to work towards or try and avoid when possible. When you manage to defeat a boss for the first time it will unlock an ability for your character permanently making you just that bit more powerful when having to restart after death. 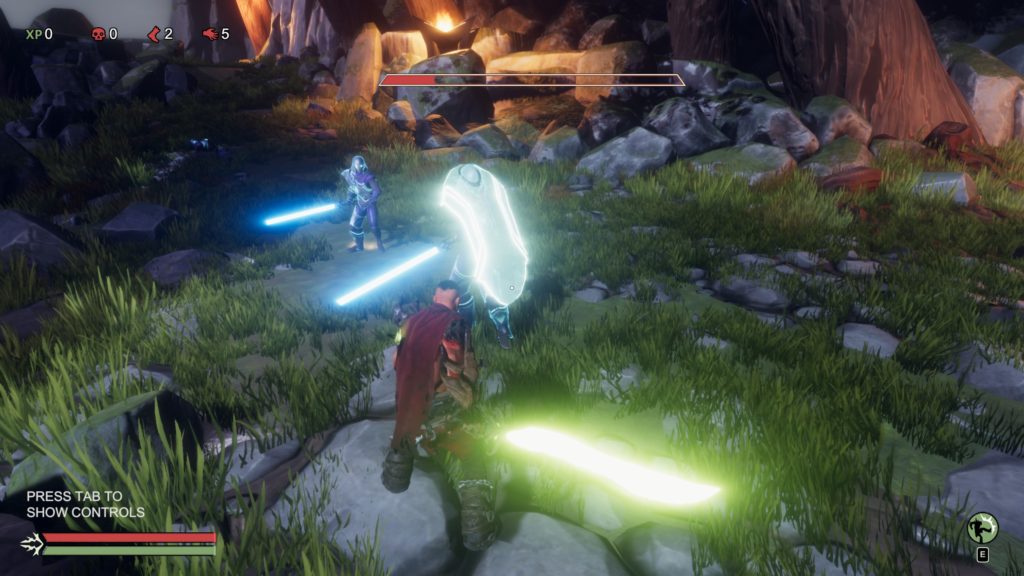 The primary gameplay loop involves entering an area and fighting off waves of enemies. Each enemy type can have different attacks and protective armor on different parts of their body. You either need to breach the armor, use a special ability that ignores armor or strike a part of the body that is unprotected. It is an interesting idea and the combat feels good enough that it held my interest more than I expected.

Combat mechanics, unfortunately, is where the game breaks down, the technical term that kept coming to mind is “janky”. Dodging is slow at times to activate and at other times doesn’t activate at all. Regular attacks don’t always work and targeting specific locations on an enemy is very imprecise at times. However, special abilities work well most of the time and I found myself waiting on cooldowns to finish off waves of mobs when I could not rely on regular sword swings and dodging. This especially was true for boss fights where the power level of a given boss could differ by a huge amount. After a while, there were certain boss nodes that I just learned to avoid because they were such a pain. Unlike some similar games switching to a gamepad just made the experience worse. I will admit that for most games I am a mouse and keyboard player, but I always like to try a gamepad and see if the experience is any better… stick to mouse and keyboard otherwise, precision targeting is a nightmare in Warlander. 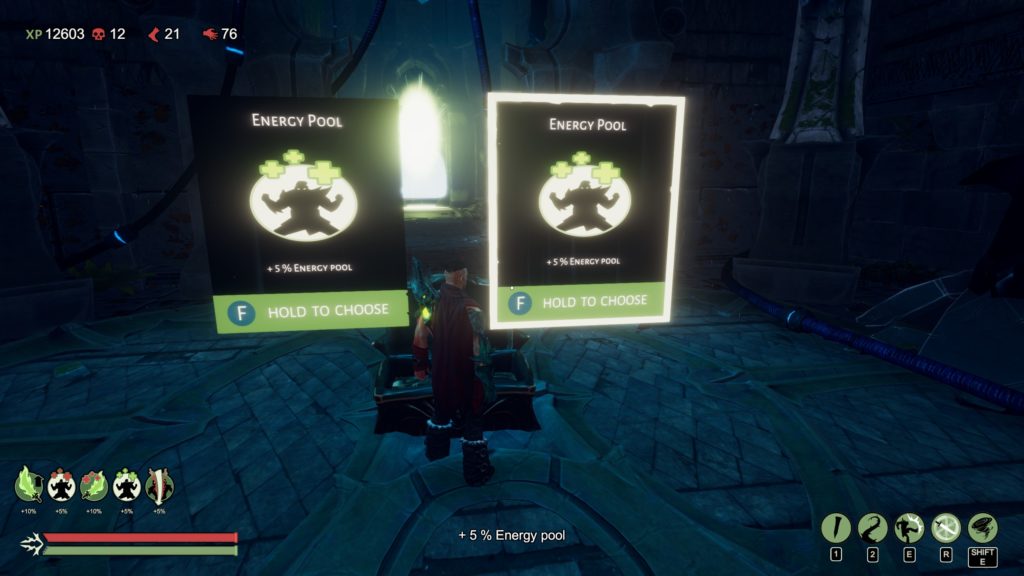 Most of the bugs I encountered during my playtime were minor things like opening up a chest and having the option of picking two identical buffs for my character or the progression screen indicating that to select a node I need to use the LMB but in actuality, it was the F key. I was also disappointed that when collecting memory fragments in the game there was only a bit of voice over if anything at all, they didn’t seem to advance the story or reveal anything much of interest. It feels like parts of the game are unfinished, especially when it comes to the story. I am happy to say the game didn’t crash once for me.

Warlander has a lot of potential and combat can be fun at certain moments, the issues with unresponsive combat controls though tend to take you out of those moments quickly and can cause frustrating deaths. The game feels unfinished and it needs a lot more polish, the core of a good game is there though. If the development team can tweak the combat mechanics, fix the balance issues, and patch out the minor bugs it is worth picking up for $14.99 US. If you have played other rogue-like games and are looking for a new one it is not a bad game to eat up a few hours.

Tags: Clock Drive Games, pc, review, rogue-like, steam, Warlander
Summary
Warlander is a rogue-like developed by Clock Drive Games. You play Bruce, a resurrected warrior who is out for vengeance. The game has quite a bit of potential but is held back by clunky controls and small bugs. However, between the precision targeting mechanics and base game loop Warlander does have an addictive quality that keeps me playing.
Good
Bad
6
Fair

Written by
Xevrin
Kevin "Xevrin" is an avid gamer having started playing video games on an Apple III with the Wizardry Series and Questron before the age of 10. In junior high, he branched out into tabletop gaming with the release of D&D 2nd Edition. During his first year of university, Everquest was release combining both of his favorite activities.
Previous ArticleGoG has your back with a free 27-game bundleNext ArticleCross-play coming to World War Z 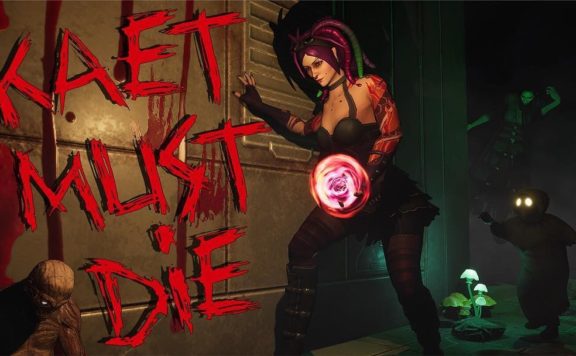