Being an adventure gamer and playing games that are known to have a lot of text would have one think I’d be a better book reader. I love comic books, just not a big textbook reader. Maybe this is because they have too few pictures? It’s not a stretch then to imagine that I’m not very good with history either. So when a game shows up that mixes in some historical context, and one that deals with my Polish heritage, then it can only be a win-win for me to play it, right? This is our Steam PC review of Pixelated Milk‘s WARSAW game.

History Has Led Us Here 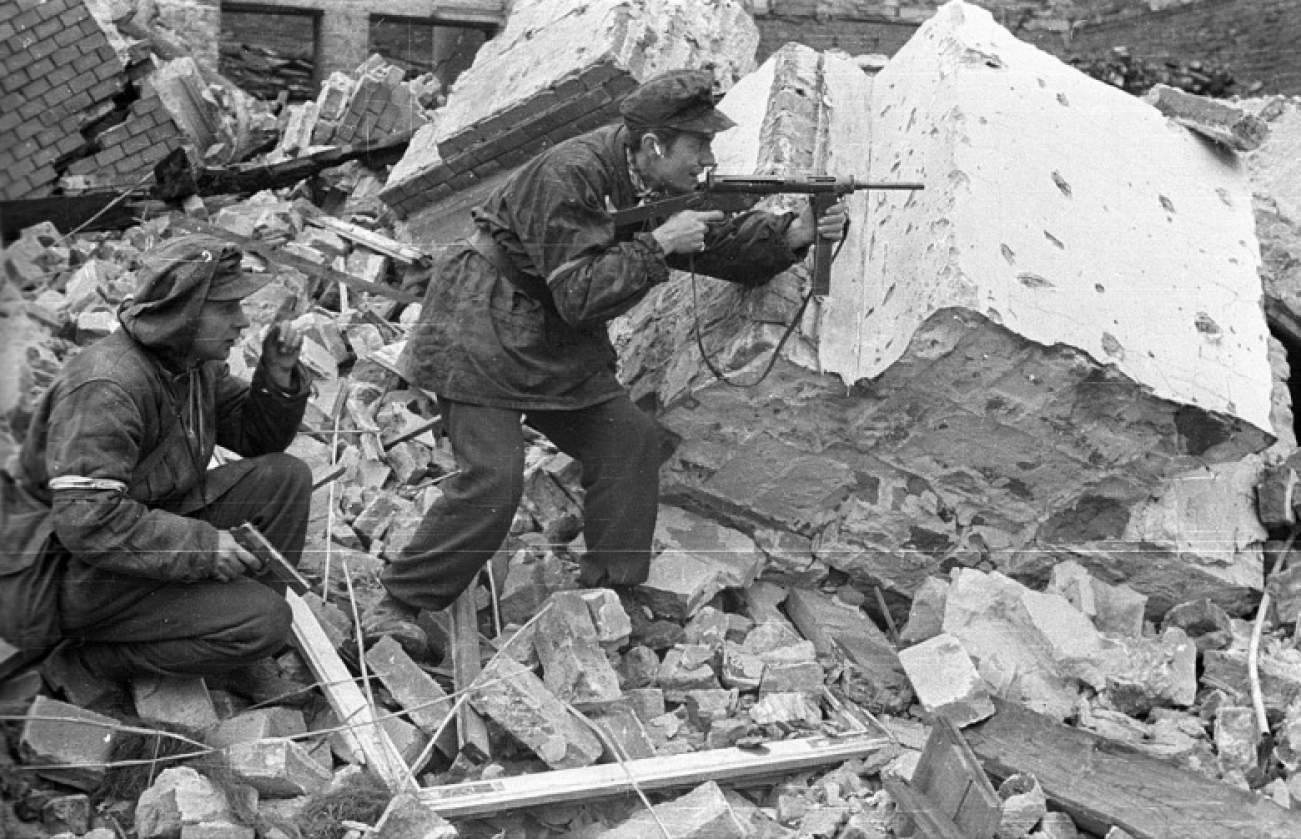 WARSAW, the game is based on the Polish Warsaw Uprising of 1944 (World War II). The Warsaw Uprising was a major World War II event. In the summer of 1944, the Polish underground resistance was meant to liberate Warsaw from German occupation. The uprising was timed to take place at the same time as the retreat of the German forces from Poland. All with the intent of happening ahead of the Soviet advance. While that historical event didn’t turn out necessarily as planned, it’s now your turn to change your own “Warsaw Uprising” history.

It’s Up To You Resistance Leader 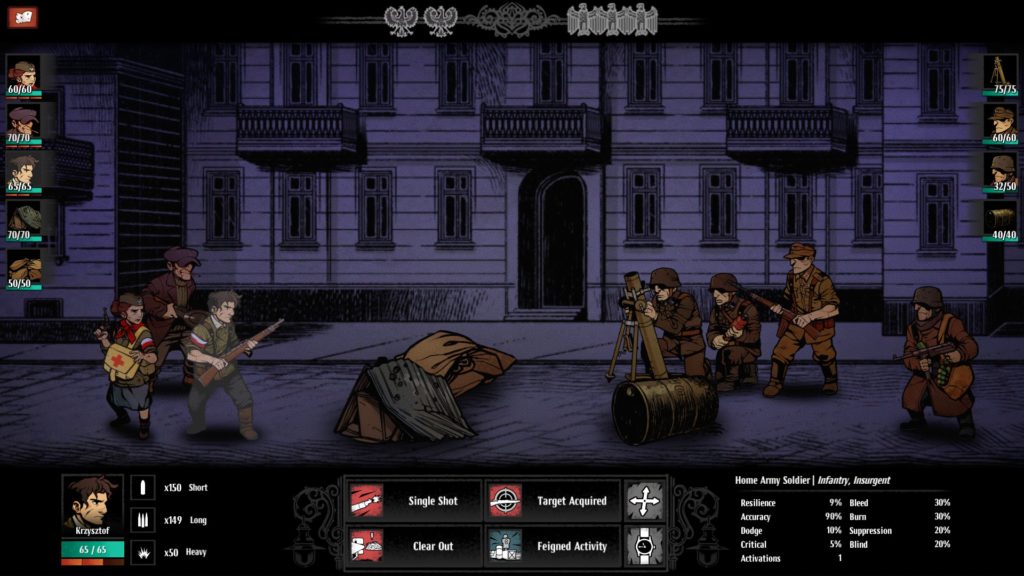 A typical mission battle in WARSAW

WARSAW is a challenging, rogue-like, turn-based strategy RPG game based on the famous uprising. Turn-based battles take place in a side-scrolling fashion with luscious hand-drawn artwork reminiscent of games like Darkest Dungeon and Vambrace: The Cold Soul. When you lose characters in battle they are dead for good.

The game plays out in day(s) cycles. Your role is less about battles and more about keeping the resistance (and your soldiers) alive. WARSAW is very much a deep tactical RPG. The game is filled with characters of varying classes and skill and requires resource management and decision making on your part.

It’s Tough Being In Charge 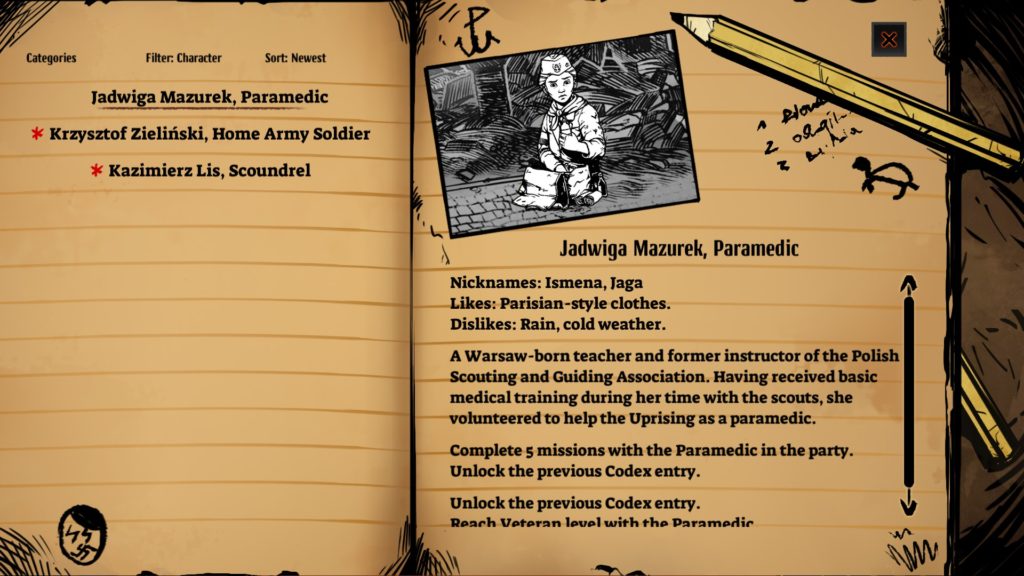 Due to WARSAW‘s complexity, the tutorial has quite a bit of reading, so be prepared. It’s really worthwhile to take notice during this stage as there are a lot of key gaming features that are discussed. The tutorial is excellent at showing you all the key components to this rather complex game.

A Day In The Life Of… 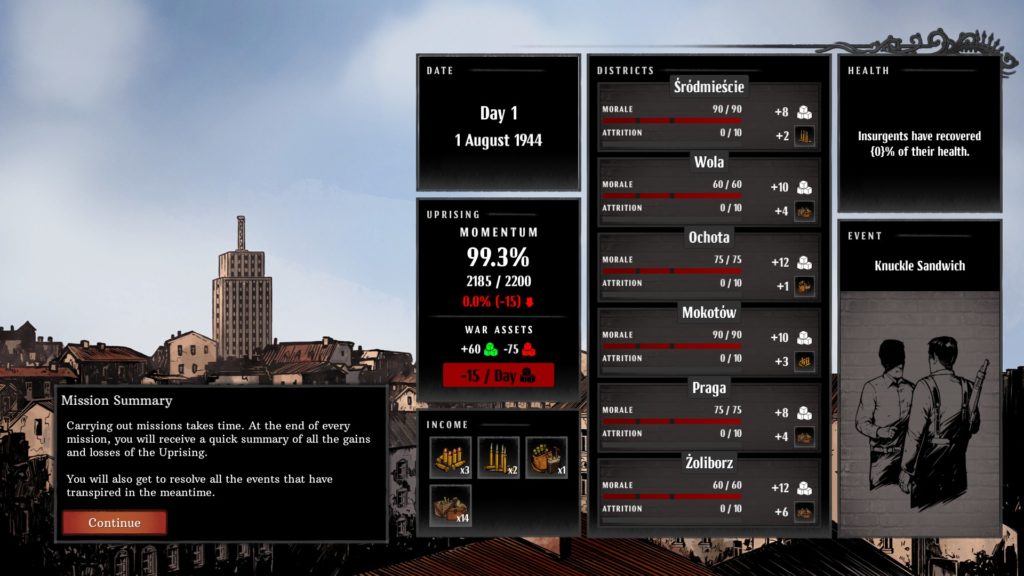 All in a day’s work of leading a resistance

Your primary goal is to keep the resistance alive. You need to monitor morale and attrition in several districts which are factors that affect your overall resistance “momentum” score. You want that score as close to 100% as possible. Sometimes the best way to increase morale in a district is to act on a pending mission in that district. Missions run over several days. Complete or fail the mission then you need to finish the rest of the day’s decision-making. 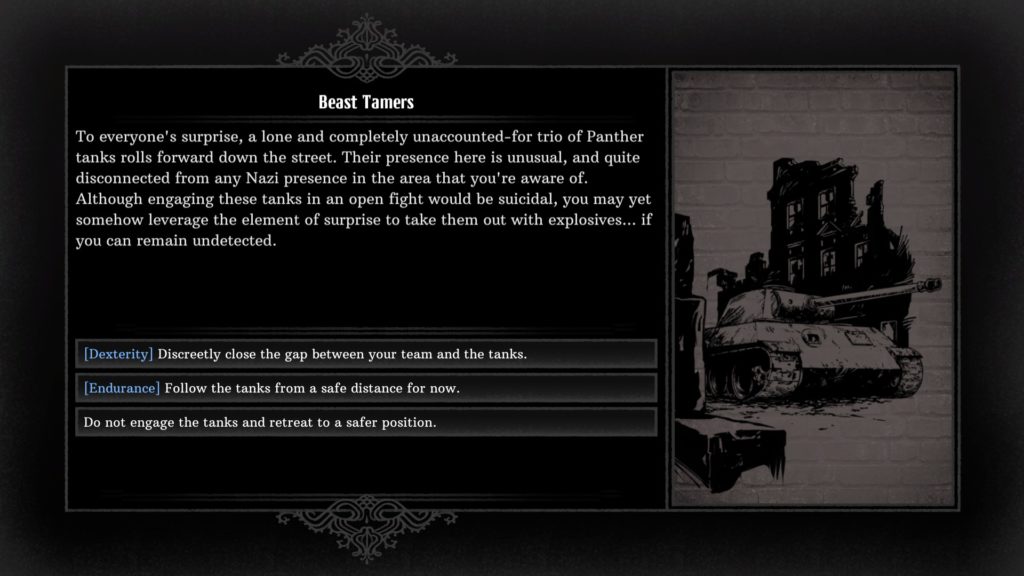 Along the way, you’ll also have to respond to events and pick from a list of decision choices. Don’t take these lightly! In one case I sent a new recruit to spy on some sniper and lost him for good before I even used him in an actual turn-based battle. That also left my current squad in the field down a man! It’s this type of “choices matter” gameplay that is a strength of the game!

You have to expect that people in your resistance will be lost, or dare I say sacrificed? It’s tough when you lose your only nurse (healer) or your best mechanic (brute, tank). But that’s where replayability comes in to play. The game has half a dozen save slots and many different, non-linear ways to approach the war. 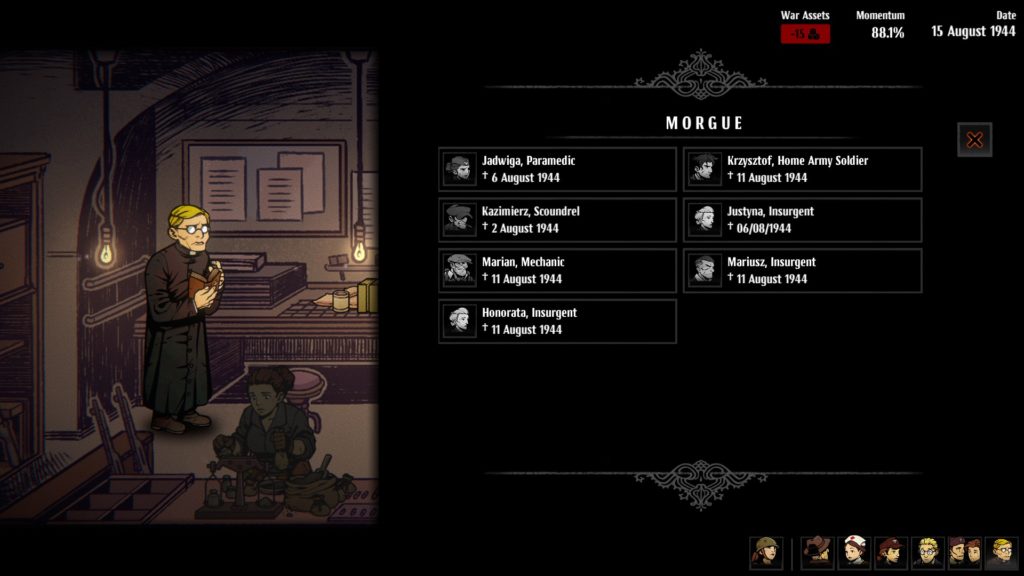 My first time starting didn’t go exactly as I had planned, time to start a new game

Simplistic Controls In A Tough Time 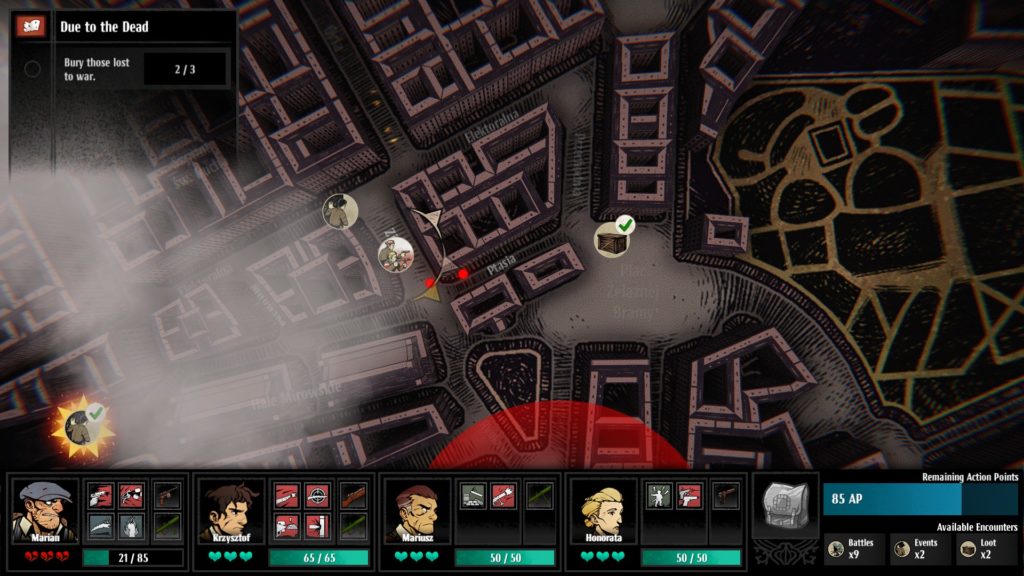 Red is bad unless you need their loot!

Missions are non-linear, meaning you are typically presented with several to choose from. Missions also take place on an overhead map. Your squad is allocated Action Points for moving about the board. You can scour about cities and avoid enemy battles if desired until your action points run out.

The layout of the overhead map is pretty straight forward and you can zoom in/out. It would have been nice to be able to pan the screen to see where objectives truly are. There was also no clear cut way to tell how large an enemy encounter was before engaging in battle. On one mission I went out with four combatants and ran into an encounter with six Germans, it didn’t end well, especially without a healer in my squad. 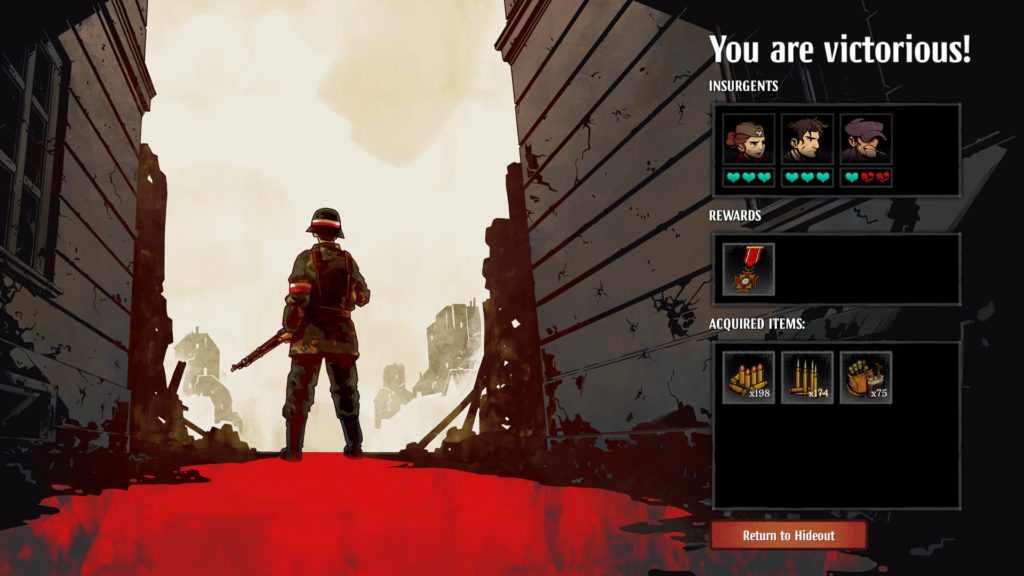 Note: Our copy was reviewed on a post-launch day Steam PC build with a code provided by PR.

Tags: darkest dungeon, pixelated milk, Vambrace: Cold Soul, Warsaw
Summary
WARSAW is a deep tactical RPG with plenty of historical content. The game has a higher than normal difficulty level that makes winning even more rewarding. The rogue-like nature of the game also makes you consider your choices. You'll become so entrenched in the story and your resistance squad that losses will leave a mark. The only other open question is, when can we have this on the Nintendo Switch?
Good
Bad
9
Amazing

Written by
Scott Jeslis
Scott is a comic book, music and gaming nerd since the late 70s. Gaming all began on the Colecovision and Atari 2600. He buys and reads new comics every Wednesday from his LCBS and helps run an online Heavy Metal radio station.
Previous ArticleNintendo Switch Shifts Over 10 Million Units In EuropeNext ArticleTERA Skywatch: Aerial Island to take flight on October 15th 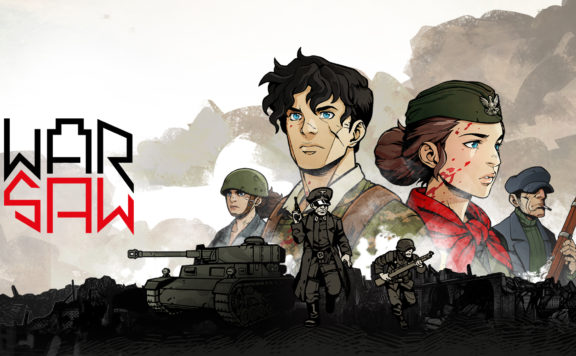