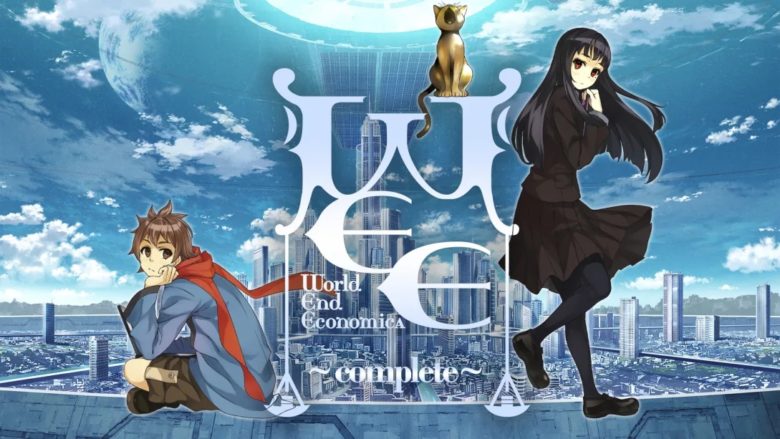 Though I have a great love for comic books, of the superhero variety, I never got much into the Manga style. Though I don’t mind the anime style in my cartoons and video games. A fact that can be backed up by my love for Speed Racer, Ultraman, Gigantor, and others. A “light novel” is a style of Japanese young adult novel writing primarily targeting high school and middle school students. In the States, these types of novels are typically called “Young Adult”. One particularly popular Japanese light novel is the Spice and Wolf series written by Isuna Hasekura.

Now Isuna has taken to authoring a visual novel aimed at gaming systems, most notably previously Steam and now the Nintendo Switch. We had a chance to look at this “game” called WORLD END ECONOMiCA ~Complete~ and we’d love to share our thoughts with you!

It’s A Story About A Boy Named Hal 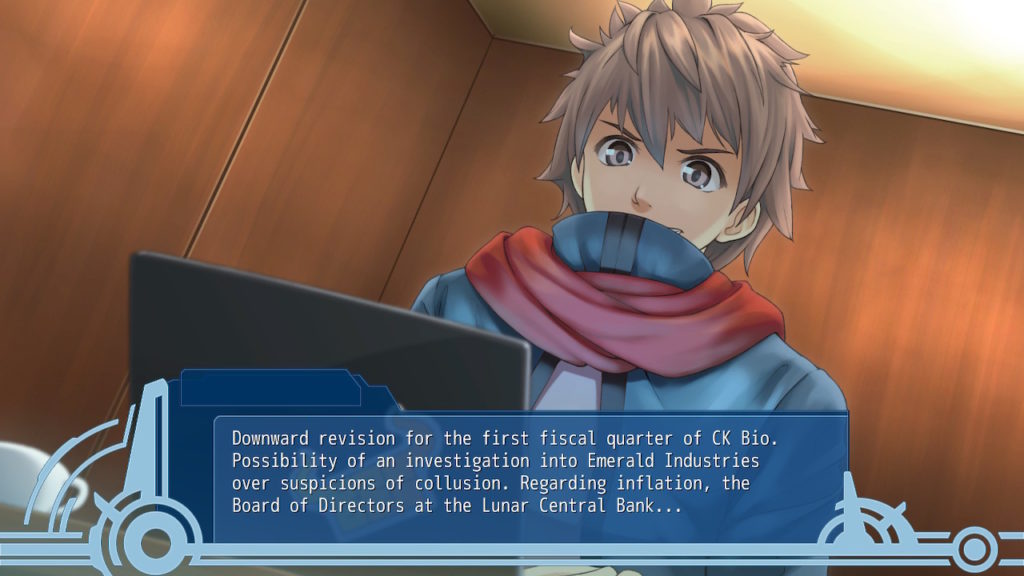 Prepare for a lot of text to read.

This “complete” edition includes all three episodes of the “novel” WORLD END ECONOMiCA. The story takes place in the far future on the moon where humans have now begun to colonize. A young boy named “Hal” has been chasing his wildest dream. His dream is expensive, and in order to fulfill it, he needs capital, an insidious amount of capital, or money. What better place to get that amount of capital in a short period of time other than by playing the stock market? The story is told from Hal’s perspective.

Know What You’re Getting Into 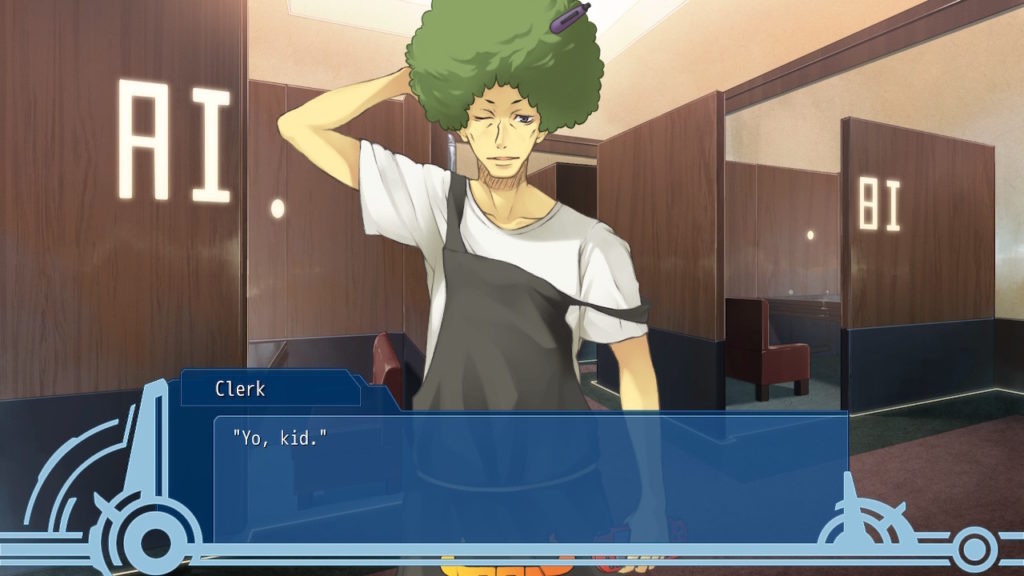 Some screens have very little text to read but the image stays the same.

To be frank WORLD END ECONOMiCA is less “game” and more a true “visual novel”. You’ll essentially be hitting the “A” button to proceed to the next “page” of scrolling text and a 2D styled drawing. There is no interaction here, e.g. dialogue choices or puzzle solving. And when the text meets the 2D artwork this is all quite good. And I’m fine with “gameplay” as I’ve played many low interactive, graphic novel-based games and enjoyed them. My issue here is that there are too many of the same, or similar, static images used repeatedly. In some sections, there is actually no artwork, just a black screen. Not just one, but several screen’s worth. 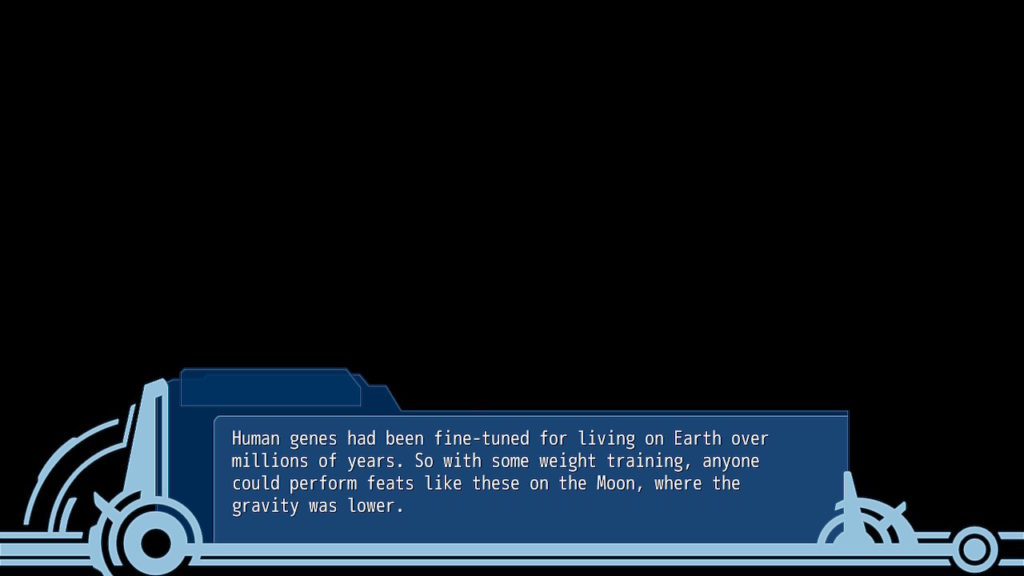 Be prepared to look at screens like this a lot.

When artwork is presented it is quite lovely it’s just the sections where stagnant art or no art at all that the boredom started to settle in. During these times this “visual novel” felt more like reading a true paperback novel and it started to lose me. Maybe there was a technical reason for these lulls, e.g. to keep the memory footprint smaller? Even so, the “game” takes up 4.5 GB of Nintendo Switch card space.

From A Book Perspective 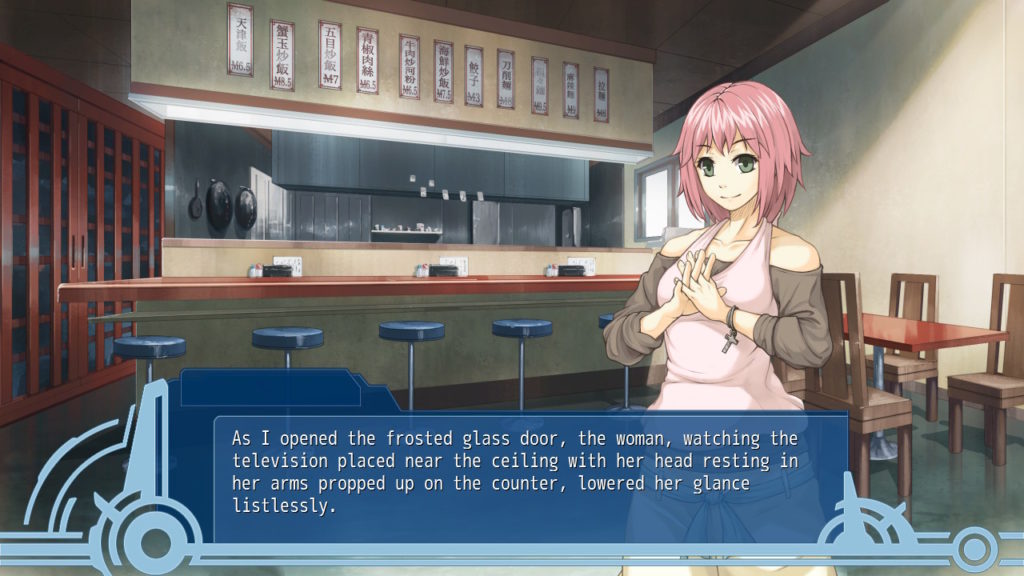 The story is a telling of Hal’s story told by Hal. We learn how to play the stock market, Hal’s ups and downs in the market, and his life in general. We learn about the people he meets along the way, and how to make dreams come true. For anyone who truly loves to read books, this one will probably be a great addition to have on your Nintendo Switch. If you’re like me and like a little more dynamic, changing artwork then it might become a tad boring.

Written by
Scott Jeslis
Scott is a comic book, music and gaming nerd since the late 70s. Gaming all began on the Colecovision and Atari 2600. He buys and reads new comics every Wednesday from his LCBS and helps run an online Heavy Metal radio station.
Previous ArticleMy Friend Peppa Pig Coming in Fall 2021Next ArticleThe Addams Family: Mansion Mayhem Launching in 2021