Originally released in North America in 2000, Pokémon Gold and Silver brought players to a new region, expanding the world of Pokémon. With 100 new species added to the mix, players set out as their self-named protagonist once more for the thrill of the catch and FOR SCIENCE! (Honestly, kids in this series are doing A LOT of field research…) This is our Pokemon Gold & Silver review.

Since Nintendo isn’t shy about providing nostalgic experiences, on September 22nd, The Pokémon Company re-released Pokémon Gold and Silver for the Nintendo 3DS Virtual Console. After spending some time with the game, GameSpace’s Damien Gula and Scott Jeslis sat down to have a Q&A-style, roundtable conversation about their experiences and thoughts on the games, reviewing the games together with Scott on Gold and Damien on Silver, respectively.

So, grab your Pokédex, strap on your best walking shoes, and kiss your mama goodbye because we’re heading back to the Johto region of Pokémon Gold and Silver! 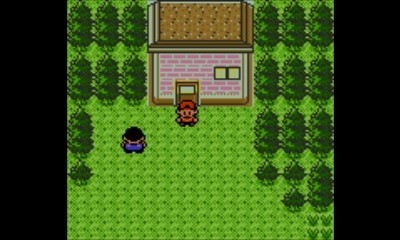 What was your first Pokémon game and/or experience with the Pokemon franchise?

Damien: My first Pokémon game was the OG Pokémon: Pokémon Blue! It was my very first GameBoy game. I had purchased a GameBoy Color just so that I could play it. Blue was the go-to color for three reasons: Blue was (and still is) one of my favorite colors, my neighbor had Pokémon Red, and I was quite impressed by Blastoise’s twin cannons! To a 12-year-old who grew up on (and never really grew out of) G.I. Joe and Transformers, I could see his strategic value.

Pokémon Blue was my entry point into the series. I played with my neighbor all the time. We were roughly the same age and gaming was in the DNA of our friendship at the time. He also had a link cable, so we were able to fill up our Pokédex through trading. I played the trading card game a bit but didn’t get beyond the original starter pack. Pokémon GO held my attention for a fair bit as well.

Scott: To be quite honest my first Pokémon “game” I truly played was Pokémon Go! I’ve known about and followed the series from the beginning though, oddly enough, I guess in part to having a few younger children in my life at the beginning of the franchise in 1998.

My oldest son and daughter collected the original 1998-circa cards and we watched the original Pokémon “Indigo League” TV Show all the time together (which my daughter’s oldest son, 5 yrs old, now watches and collects). I remember taking my three kids to a 10 pm showing of the first Pokémon movie (1999 in the States) “Mewtwo Strikes Back”. My kids were only 10, 9 and 7. My wife thought I was crazy and gave me some grief.

Other than that, Pokémon was always around the house on their original Gameboys, etc. I remember they had a yellow one and of course the Pokédex books.

Damien: Wow! So, you were that parent that got to listen to their kids lamenting on whether or not to evolve their Pokémon early or wait! My parents were my gateway to video games, so I’m grateful that they smiled and nodded as I had those conversations with them. Good on you for being a dad that did a bit more than humor their kids. 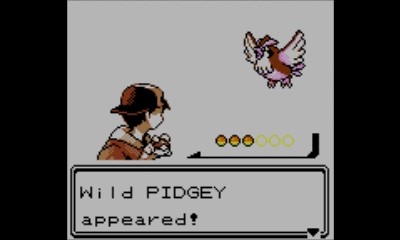 Did you play Pokémon Gold/Silver when it was first released?

Damien: I did not. By the time Gold and Silver came out, I had sold my GameBoy Color for a Playstation and moved on to Final Fantasy VII, Chrono Cross, and Metal Gear SOLID. I actually had to borrow a 3DS to play through Silver! (Big thanks, Josh!)

Scott: I did not either. So, going into this review I had seen some screens of it in the early years but nothing more.

Which Starter did you choose and why?

Damien: I chose Cyndaquil and here is why: I am a little older and a little wiser now… and I understand RPG mechanics a bit more. I’ve come to appreciate the strategic value of status effects. Having an ability early on to put a damage-over-time debuff on an enemy is so good.

Scott: I chose Cyndaquil as well for several reasons. First, fire is great in any game, RPG, MMO, etc. Second being “old school”; I always like Charmander and, of course, Charizard.

What was a memorable gameplay moment for you?

Scott: I would have to say, simply enough, just taking part in my first “real” Pokémon in-game franchise battle and capturing a wild Pokémon, then using them against an in-game trainer was pretty moving for me, personally. Remember, I’m an older gamer that had all these Pokémon games, shows, and lore around me all these years, but I never really took part in it – mostly because I felt the Gameboy screen was too small for me. True, I’ve done Pokémon captures in Pokémon Go, but the capture experience is different; not very turn-based like “Gold” was/is.

Damien: So, you got to own the experience for the first time, right? This may be a little bit of a cop-out because it’s near the beginning of the game, but seeing Professor Oak again was a pretty special moment for me. I love how they connected the regions of Gold/Silver and Blue/Red (and Green…and Yellow) AND that you get to return to the Kanto region. The other thing that I really liked was the addition of time-based Pokémon. Adding that element to the hunt was awesome! 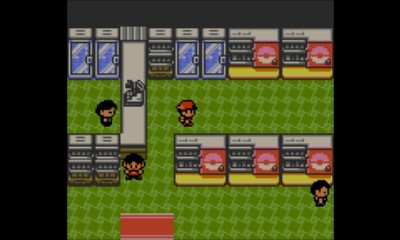 It’s been 17 years since the original release of Pokémon Gold/Silver, does it hold up after all this time?

Damien: This is a hard question. Since I don’t have as many nostalgic connections to this pairing of games, I don’t have a point of reference outside of my experience with the original games. Graphically and mechanically, it’s very similar to Blue/Red. The game does show its age. That being said, it does bring you back a simplicity that’s not unwelcome.

Scott: Having never played the originals I can’t say one way or another. It definitely shows its age, but that’s expected. In this 3DS version though they did add local wireless battles and trading, though I was unable to partake in those game features.

Damien: Yeah, it would have been nice, since they were adding a new feature anyway if they would have added internet or friends list-based trading. I know we had talked about trying to trade so that we could fill up our Pokédexes, but, geography was an issue. Sadly, no dice!

What are the things you disliked about the game?

Damien: I think that the hardest part for me was the pacing and predictability. I know what to expect from a Pokémon game: walk, get into a random encounter, defeat/catch Pokémon/defeat gym leader/badge holder/grandma, profit/level up, move to the next zone… After a while of that, I just get bored. I know, I know… I literally just said that I didn’t mind simplicity and here I am complaining about it! The problem is me, Pokémon… it’s not you.  We gamers are a fickle crowd, aren’t we?

Scott: Damien, you alluded to the pacing and I concur with that. To that point, there is quite a bit of reading/scrolling text at times. The worst pain for me was, at times getting lost and I had to battle a million low-level Rattatas, over and over! Granted, I knew all this going into the game but it still counts as my biggest dislike. 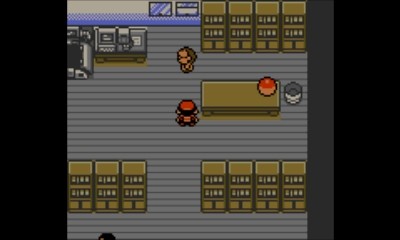 Who would you recommend this game for?

Damien: I would recommend Pokémon Gold or Silver to anyone who is looking to understand what the world of Pokémon is all about. This game really gives a lot of context to what this series is about. There is a certain purity of this gaming era that goes beyond nostalgia; it’s a part of gaming history.

Scott: I would recommend this version purely for its local wireless battle feature, sure it shows its age, and can only be played in 2D. Given it’s “download only” price tag of $9.99 I would say it’s worth the money, especially if you never played it originally or want to replay it for nostalgia’s sake.

It is worth noting, that the purchase of either game will unlock a Pokémon within the current series. Nintendo states: “as a bonus for purchasing one of these great games for the Nintendo 3DS family of systems, Trainers will get a code that unlocks the Mythical Pokémon Celebi in their Pokémon Sun or Pokémon Moon game. Or, Trainers can hold on to the code and use it in either of the upcoming Pokémon Ultra Sun or Pokémon Ultra Moon games when they launch on Nov. 17.”

Both of us agreed that the graphics and pacing of these two Pokémon games have not aged well, but given the relatively small price tag along with the added features (local wireless trading and battles), Pokémon Gold and Silver are worth revisiting.

Originally released in North America in 2000, Pokémon Gold and Silver brought players to a new region, expanding the world of Pokémon. With 100 new species added to the mix, players set out as their self-named protagonist once more for the thrill of the catch and FOR SCIENCE! Since Nintendo isn’t shy about providing nostalgic experiences, on September 22nd, The Pokémon Company re-released Pokémon Gold and Silver for the Nintendo 3DS Virtual Console.
0
Average User Rating
0 votes
Have Your Say!
Your Rating: 0
Submit
Write A Review
Genre:Role-playing
Rating:Everyone
Developed By:Gamefreak
Publisher:Nintendo
Modes:Single-player
Series:Pokemon