My initial thoughts on Atelier Firis: The Alchemist and the Mysterious Journey lay entirely focused on that obnoxiously long title. Why? Just why? Developers out there take note, do not make your game something with a name that long. First impressions are key, and that includes title presentations. This is our Atelier Firis review.

Getting passed that, I loaded up the game for the first time. A note since I think it’s only fair to let fans of the series know, this is my first time playing the Atelier series so I do hope you’ll go easy on me if my experience is that of a noob and not of a series veteran. A captivating introduction movie is always a great first step to making a player eager to get started, and Atelier Firis doesn’t disappoint in that regard. In a style reminiscient of many a fantasy-based Anime, a few minutes pass with a catchy tune and some very well done animation leaving me to piece together what each of these clips are possibly eluding to in the game, as well as the overall Atelier series. 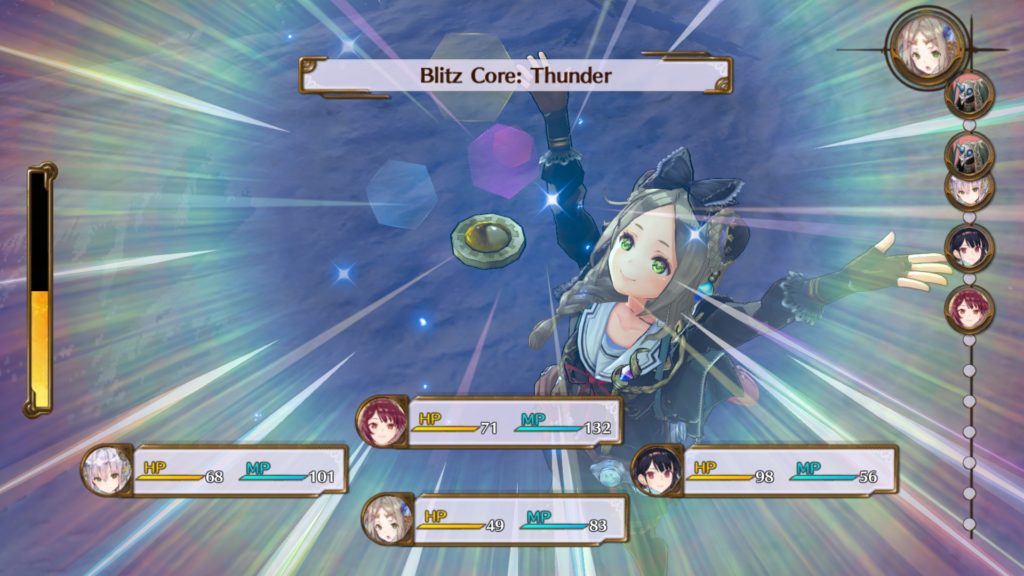 At some point in our life, nearly all of us crave an adventure. A sense of greater purpose, some sort of goal that seems so close but so far away. Now imagine if your barrier was literally a door. Such is how the adventure of young Firis, a well mannered and inquisitve young woman, with a special gift. She’s able to find mineral and ore deposits with relative ease, which makes her something of a prodigy to the subterranean town of which she has spent her whole life, as their economy thrives on the trading of what they mine. Her older sister, Liane, is one of the few people allowed outside the underground town and it only causes Firis to yearn more and more for the outside world.

She soon gets her wish, set out upon a vast, open world. The story, even for someone new to the series, is actually pretty captivating. In a similar way as I became lost in JRPGs of yesteryear, whether they be from the Final Fantasy series or the gone but not forgotten Dark Cloud series, I found myself being pulled in by the story of Firis, her friends, and her foes. I can’t claim it’s been a rollercoaster ride all the way through, but I never lost my intrigue.

Time Is A Wonderful Thing

Without delving into spoilers, you’re on borrowed time for the game. It’s a very generous amount of time and unless you wander off aimlessly constantly, you’re probably safe to be prepared for when things go down. It reminded me of the time limit of Majora’s Mask, only without crippling anxiety as the timer hits the final mark.

It also encourages the player to stay focused, and that focus took my thoughts off that the large world feels a bit devoid of life or points of interest. They do exist, but between finding them the map feels like it’s a large size to prevent people from feeling like they’re locked to a single path. Although that is for the best because if players feel like that, then there’s another Final Fantasy XIII fiasco and no one wants that. The cities and villages are a pleasure to visit but the often feel like ghost towns, eerily so, when you only find a few NPCs dotted here and there. There’s definitely room for improvement on making the map feel alive and meaningful. 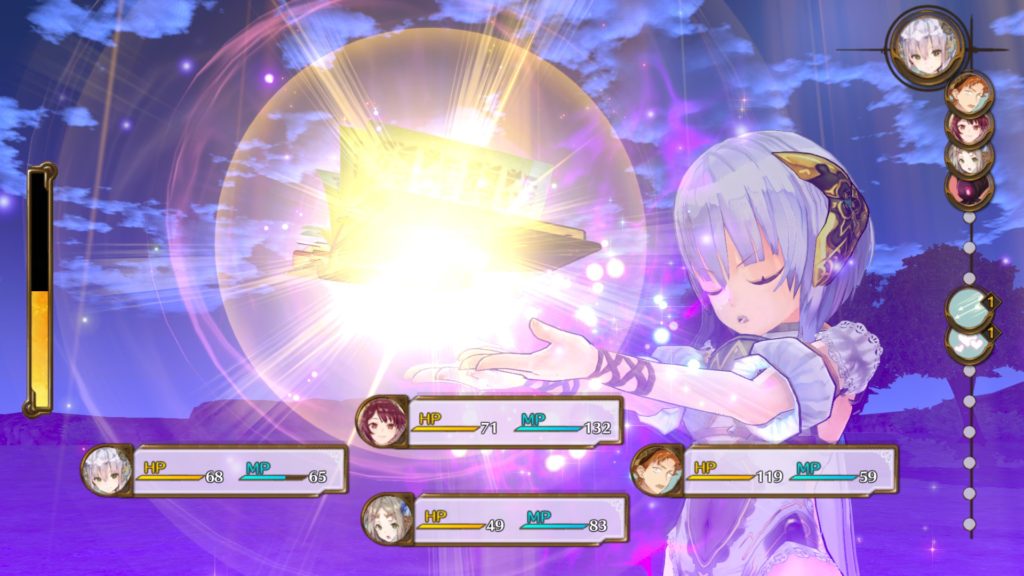 I wish I had more to say about the combat, but really what it boils down to is that it works. It’s a turn based system that frequently takes the stage in JRPGs. It’s functional, it’s pleasant, but it’s not really anything that blows my mind. In a word; routine. The most I can say stands out about the combat is that I really enjoy how linking abilities of your party together in a chain that amounts to the last person to make a move automatically uses their ultimate, pending that their gauge is full of course. It can be a double edged sword, if you like having control of when to use your ultimate abilities that may be a bit frustrating but overall I liked the feature.

Something that did stand out to me far more however, was the crafting system. It’s… kind of like a puzzle-esque minigame. Arranging your items in a certain way on the crafting grid can completely change the outcome of how effective your items are. Make a wrong move, and you’ve wasted resources on a subpar piece. Get everything perfect, and you could have something in your hands that will give you that cutting edge needed during the next major encounter. It breaks away from all the sorts of crafting systems I’ve seen in games before, and while I’m not sure if I want the ‘puzzle crafting’ as I call it to become a mainstay for the genre, it’s interesting to see it switched up a bit from your standard blueprints and one-lane roadways to items. 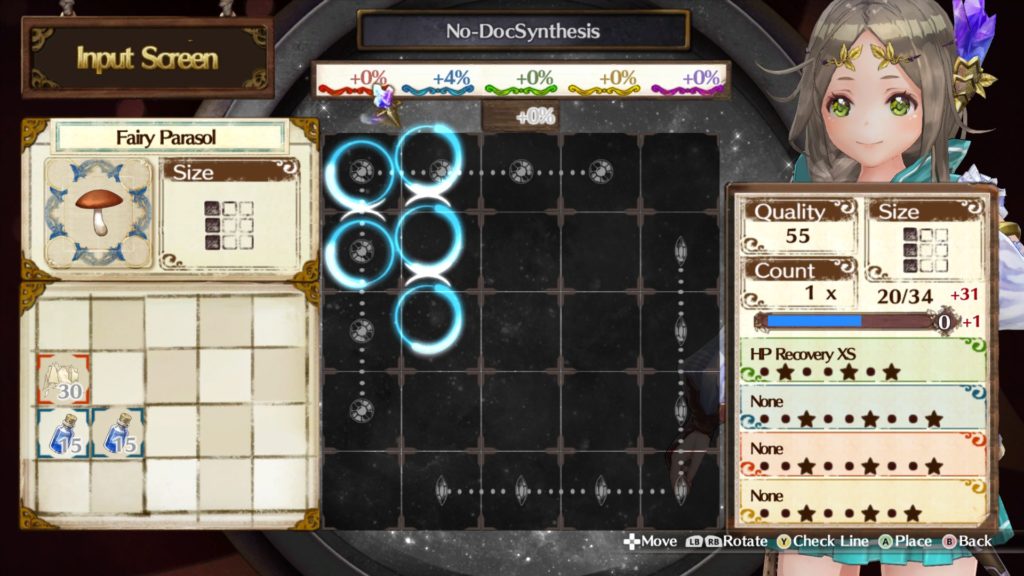 I’m anxious to see where the story will go when everything is said and done, and more importantly despite it being my first Atelier game, I didn’t feel locked out in my enjoyment of the plot. While the world often feels lifeless, and the combat runs on the routine side, the cast of loveable (and hateable) characters is sure to keep you locked to the screen a few hours at a time wondering where everything will lead. The game could’ve passed with the title Atelier Firis: The Mysterious Journey, because that’s exactly what it is. When I’m wrapped up with Atelier Firis, I’m likely to go back and check out the rest of the series as well and see just how we got to this point. 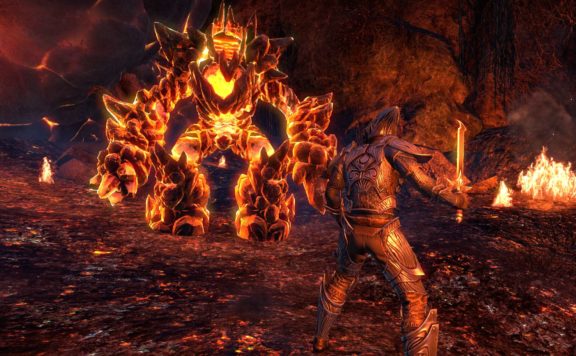 Atelier Firis: The Alchemist and the Mysterious Journey

Atelier Firis: The Alchemist and the Mysterious Journey is the latest in the Atelier JRPG series from Gust and Koei Tecmo. Released for PC, PS4, and PS Vita, it's the tale of a young woman's quest to become a master Alchemist. Firis Mistlud is a young girl living in a secluded mine town who dreams of exploring the world outside. One day, Firis become friends with Sophie and Plachta, the main characters of the previous game, who teach her the basics of alchemy. After proving her talent for alchemy, Firis is allowed to leave the village, but under the condition that she must pass the alchemist certification exam in one year, or she will be forced to return home. Thus begins Firis' journey to become a full fledged alchemist, and earn the right to keep exploring the world indefinitely.
7.5
Average User Rating
1 vote
Have Your Say!
Your Rating: 0
Submit
Write A Review
Genre:JRPG
Rating:Teen
Developed By:Gust Co. LTD
Publisher:Koei Tecmo
Modes:Single-player
Series:Atelier