The Culdcept series has been around for a bit, as far back 1997 on the Sega Saturn. It has since released games on almost all Playstations except the PS4 as well as the Xbox 360, and this newest edition on the Nintendo 3DS. I loaded into Culdcept Revolt completely naive to the series and it came highly recommended as a blend of Monopoly and Magic: The Gathering. This is apparently the most common reference to the series as a whole and it’s not entirely untrue. Harkening back to the golden age of console card games like Monster Rancher Card Battles, Culdcept Revolt is a magical blend of the card game and, what I want to say is much akin to the Mario Party board without the mini games at the end. While it’s far from perfect and relies heavily on RNG, which isn’t unfamiliar to board games, I found that I couldn’t put Culdcept Revolt down. Just one more game I’d tell myself too late into the night. I’ll open just one more pack. This is our Culdcept Revolt review. 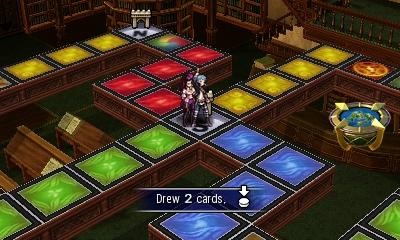 Culdcept Revolt is an amalgamation of geek culture rolled into a game that is as equally fun as it is frustrating. The art is reminiscent of creatures from The NeverEnding Story (compare to this guy) and characters who are an amalgamation of Kirito from Sword Art Online and Fei Fong Wong from Xenogears with the same fashion designer who dressed Squall from Final Fantasy VIII. And if you managed to follow all of those references, you’re my new favorite person. Heck, the story even starts off with your character having amnesia in what is the most commonly used trope pretty much ever. Welcome to Culdcept Revolt, the most unintended nostalgia bombardment since Ready Player One.

The Story (for what it’s worth)

Culdcept Revolt takes place in the medieval city of Culdcept, where magic is used to make a board game in a fight to the death card game. It is as absurd as it sounds. The story is largely forgettable along with the vast majority of the protagonists beside your character. Their color designs, while vivid, do little to make their annoying and uninteresting characters memorable. The enemies you come across range from an axe wielding lucha libre to a cowboy. That’s right. A cowboy. In a castled fantasy world. He is as cringeworthy as you’d believe, and after awhile, players will give up trying to make sense of the arrangement of characters. 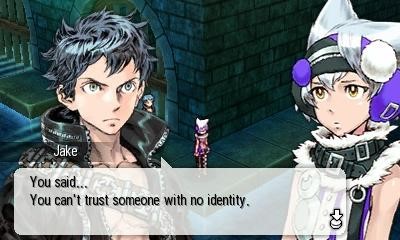 Gameplay and the Board

Story aside, Culdcept Revolt is an absolute blast to play. It secretly taught me the importance about real estate investment without the dull drum of actually doing it in life. Players create decks of 50 cards of creatures, items, and spells which are used on the board. Players roll dice, move along the board, put creatures on the spots they land on, and pay tolls to opponents when they land on their property. There are two win conditions in Culdcept, either you bankrupt your opponents or you reach a total manna value set for the map. This total manna value includes your investments in leveling land up, creatures on the board, and your on hand manna. It’s like real life but cool and easy and doesn’t involve actual money. 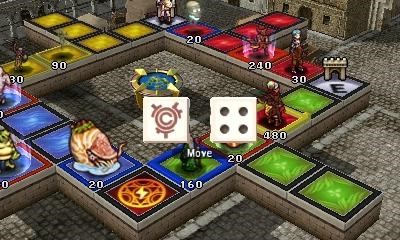 There are many boards for the game, each with a unique set of special lands that dot the board and have unique rules outside the normal lands. The board is broken into square lands of the four different elements, each designated by specific colors. Sounds familiar yet Magic: The Gathering fans? Passing checkpoints along this board grant you G, or manna. This is used to play creatures on the lands that players land on. Once you pass a gate, those creatures are no longer fatigued (summoning sickness) and they then have a number of commands they can be given. They can move to other spots, you can switch those creatures with other ones in your hand, or you can upgrade the land they are on. Upgrading land is like building houses on property in monopoly but has a few additional advantages. If your creature matches the land type it’s summoned on, it gets a health bonus based on the level of the land. Boy does it make creatures stick to that land, as any creature on a leveled up land will most likely stay there indefinitely.This also increases the value of the land, which in turn brings you closer to the winning total.

The TCG part of the game happens less than it should. If a player lands on an opponent’s land, that player can summon a creature to try and take the land from the opponent’s creature. Creatures only have two stats: health and strength. But more have special abilities to add a significant variety to the battles. Winner of the battle takes the land, levels and all. This can mean huge swings in who is winning and who is losing and always leaves comeback possibilities. The card fighting is great, simple, and I wish it happened more often than it did. 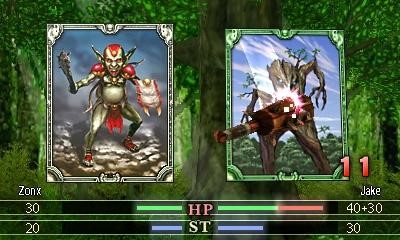 Battles, or Lack Thereof, and RNGesus

The boards for Culdcept Revolt a varied. Most of them, however, leave players options in directions to take or way to adjust their path. This is both a great option that adds strategic depth but also awful as most of the time players, and the AI specifically, will avoid interacting with opponents’ lands, which means you can play an entire game of Culdcept Revolt without ever fighting a creature. It’s nice to have win conditions, as most control players from MTG will say. But it happens often with any deck and bypasses one of the most enjoyable aspects of the game.  This is exacerbated by the heavy reliance of luck and rolls, or as anyone familiar with tabletop games will understand, RNGesus. Games can be lost early on if the dice gods decide that a player doesn’t deserve to move to a occupiable land. A few turns of not laying down a single creature can mean a substantial disadvantage. Pile on the randomness that comes from drawing from a deck of cards, and players might find themselves defeated by the luck of the draw and bad rolls.

I highly recommend Culdcept Revolt. The story might be largely irrelevant, but the gameplay is absolutely excellent especially if you’re into other trading card games and/or board games and becomes even better in multiplayer. It finds a happy medium squarely as part of both those genres with a variety of card art and abilities that make for a wide range of deck strategies and replayability.

Note: Our copy was reviewed on Nintendo 3DS with a code provided by PR.

Written by
Jacob Semmes
Autism Dad. Ex-Professor. Semmes has a deep love for Final Fantasy XV and still considers Xenogears to be one of the best storytelling RPGs of old. 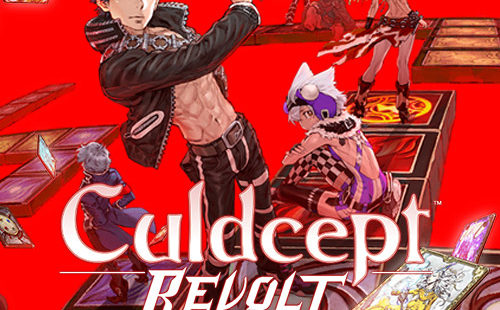 As the series celebrates its 20th Anniversary, the addictive card game-meets-board game is back, bigger and better than ever with hundreds of new cards, inventive boards, and exciting multiplayer. Follow Allen, a new recruit for the rebel Free Bat forces as you fight for freedom from the tyranny of Count . Build your deck, create new strategies, and dominate the board in Culdcept Revolt! With all the classic elements veterans love yet a gentle learning curve for newcomers, Culdcept Revolt is the best Culdcept yet.
8.9
Average User Rating
2 votes
Have Your Say!
Your Rating: 0
Submit
Write A Review
Genre:Strategy
Rating:Teen
Developed By:Jamworks, Omiya Soft
Publisher:Nintendo
Modes:multi-player, Single-player