In case you missed my first impressions, here is a distilled version of what you missed. DISSIDIA Final Fantasy NT follows in the footsteps of previous DISSIDIA games: it takes characters from across the Final Fantasy mythos and brings them together for glorious combat in a 3v3 brawler-style arena. It is a literal “what-if scenario” simulator of Final Fantasy bouts with the ability to customize character load outs with iconic spells, summons, and abilities.

Outside of the online competitive play, DISSIDIA Final Fantasy NT contains offline options which include story mode. The story is (from my limited exposure to the series) in line with past DISSIDIA entries: characters are aligned with the forces of chaos and order for the purpose of sustaining the world through battle. This time, it’s Materia and Spiritus – and no one seems to be thrilled to be in this position again.  I know that breaking the fourth wall is the edgy thing to do these days, but at one point in the story, Cloud (I believe) acknowledges the cookie-cutter nature of this formula by calling Materia the new Cosmos – the scion of order in a previous game. 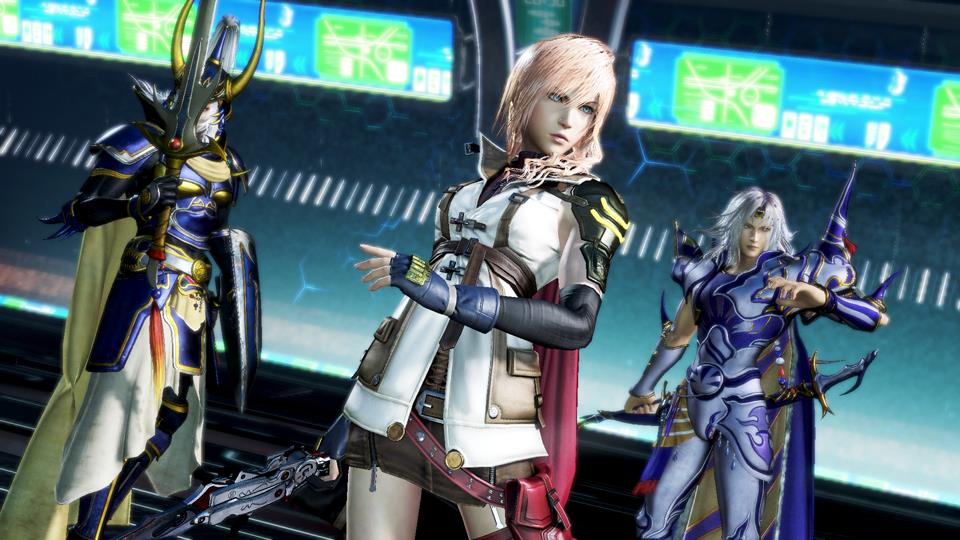 The story is told through cutscenes which need unlocking. Within the cutscenes, we get to see how certain characters interact with one another and it’s mildly disappointing. Some characters feel very one dimensional, showing no sign of their progression through “The Hero’s Journey” (a la Joseph Campbell) like we’ve seen through Final Fantasy’s storied history. We simply get varying degrees of manic, stoic, and waifu. I know that last one isn’t a personality trait, but it is here; the fan service makes it very real.

In order to progress through the story, you must gain “memoria” – which is earned through playing Offline Gauntlet matches or Online Competition. This system, while it prolongs the story, gates the offline gameplay modes behind a play wall. With Gauntlet matches lasting up to six rounds and only rewarding two memoria at most, the story mode feels like a grindy chore instead of the satisfying and endearing part of the Final Fantasy experience it is supposed to be. This is a huge bummer because as you unlock the story, you unlock new story mode challenges in the offline mode.

I know what you’re thinking: “DISSIDIA Final Fantasy NT is a fighting game… can’t you just let it be a good fighting game?” 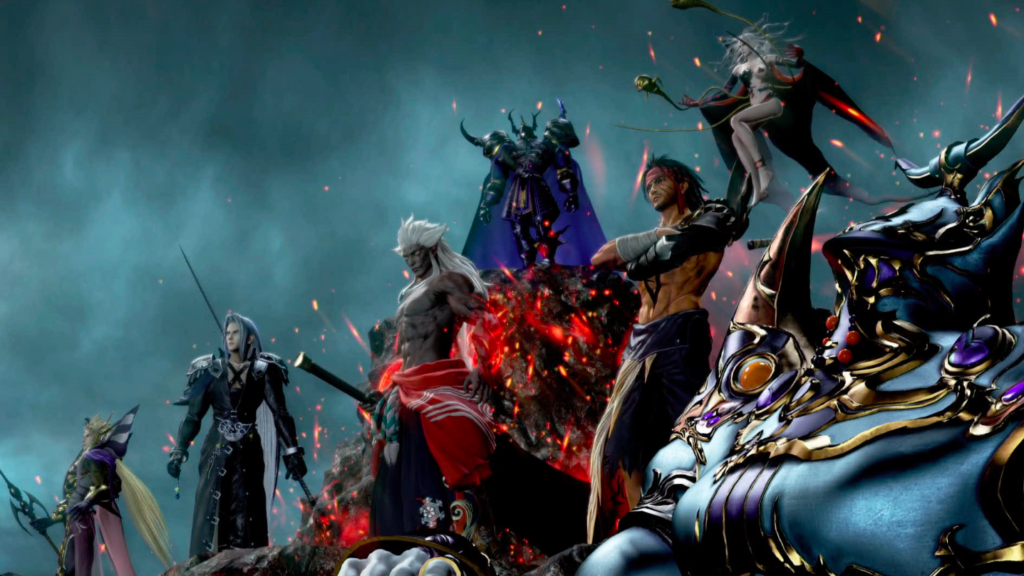 That is a fair point… and I’ll put the salt shaker away for a minute here.

From a gameplay standpoint, DISSIDIA Final Fantasy NT is a gorgeous game and a rather fun brawler. The customization of characters along with the strengths and weakness of each are fairly spot on within the mythos. It makes sense that Tidus or Noctis would be quicker, lighter attackers than, say, Garlad or Cloud with slower swings but heavier hits.

While there are satisfying moments in creating your dream team, it is not without its inconsistencies. I felt like blocking was very inconsistent to the point of being unusable and I often felt punished for doing anything but HP attacks. While the game gives plenty of option for strategic play, it’s hard to not Zerg-rush you opponents for quick takedowns… especially when you’re grinding for the gil (currency to buy cosmetic items with) and that precious memoria. 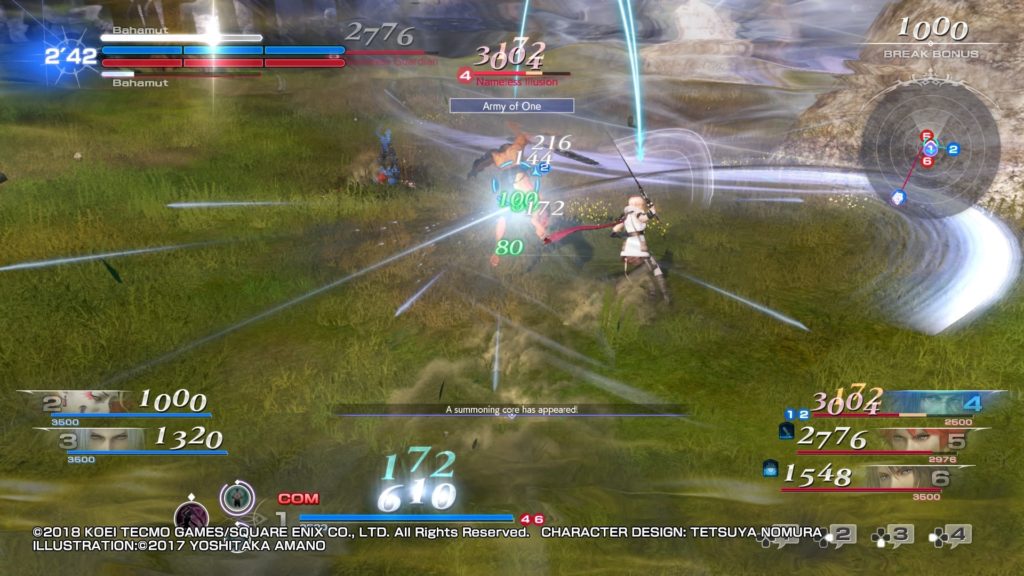 I mentioned this in my first impressions and it’s still something that bothers me: the camera control in this game needs some help. While I got used to the targeting system, the camera would go way out of whack if my opponent was flying through the air like a super Saiyan. This is something that I hope is fixed in future patches.

For all of its beautiful aesthetics, fantasy fight fulfillment, and button-mashing goodness, DISSIDIA Final Fantasy NT seems to have an identity crisis: it desperately wants to be a Dragonball Z game. I’m not mad at that, but if DISSIDIA were a Scooby-Doo villain, Vegeta would definitely be under the Moogle-shaped mask.

All complaints aside, I sincerely hope that the game is patched to fix some of the persisting camera issues, block mechanic inconsistencies, and the collection rate of memoria because it does have potential to be a better game than it currently is. It takes risks that place it in a unique category among the fighting games that I’ve played. It’s a brawler with RPG and MOBA elements that’s formula, while imperfect, can be strangely satisfying. 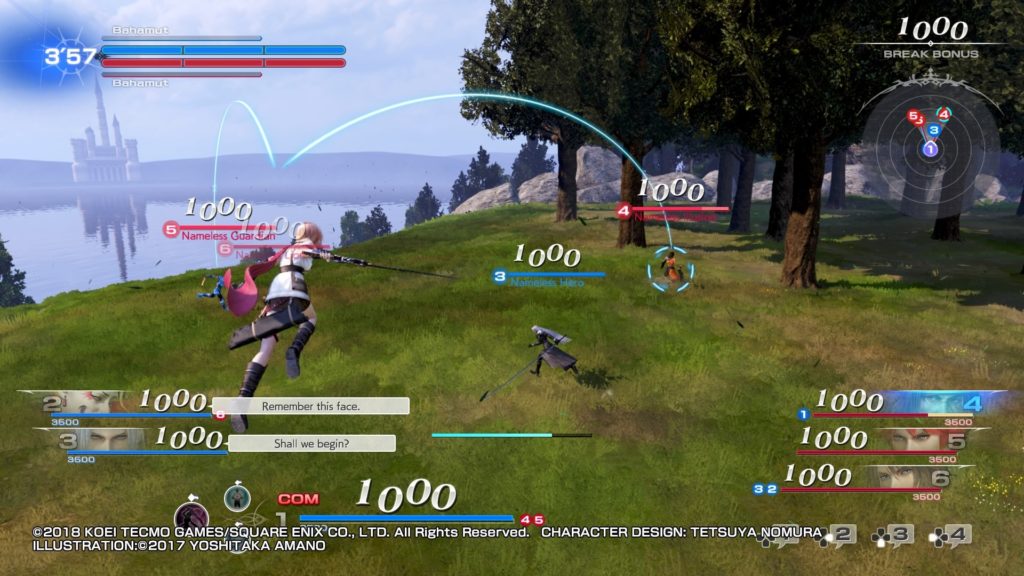 If you enjoy the Final Fantasy series and are looking for a team-based brawler for some competitive play or just want to kick back with some decently intelligent AI team mates, DISSIDIA Final Fantasy is worth checking out after the $60 USD price drops a bit. Even if you aren’t big into fighting games, there isn’t a steep learning curve to it and there is something satisfying about building your best Final Fantasy draft and letting them rumble in glorious combat.

Note: Our copy was reviewed on PlayStation4 with a code provided by PR. 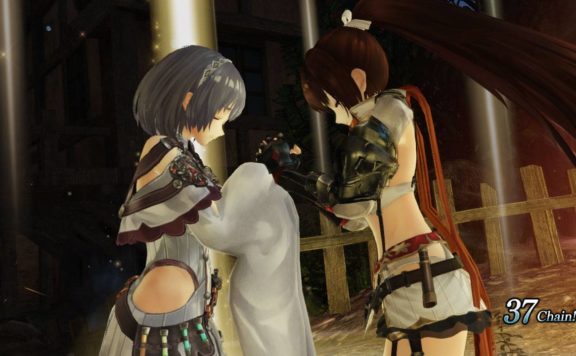 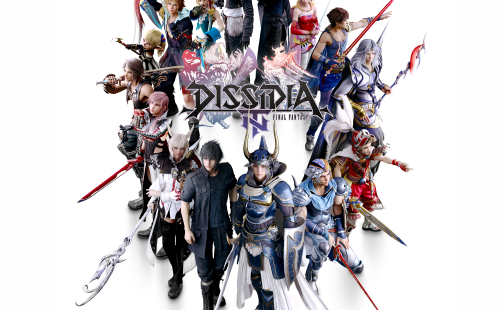