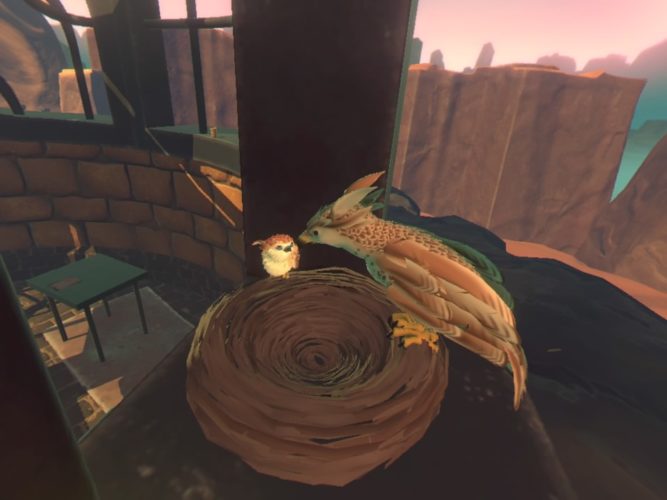 Falcon Age is a fun and exciting exploration of what happens to people being exploited by a megacorporation and how they can fight back. With the added twist of the faithful Falcon companion, this single-player game often feels like it is a co-op regardless if you are playing in VR or not. It’s well worth the time for anyone who wants an interesting story with a lovable feathery sidekick. This is our Falcon Age review.

Falcon Age starts with the player a prisoner in a re-education prison, but you seem to be the only prisoner there. The only other people who seem to be around are droids who have a sardonic sense of humor. The droid who gives the daily reorientation questions is quite open about how much he dislikes being there and how he can’t leave until you answer all the questions correctly. The first few days of game time are full of answering leading questions and harvesting ore for the “corporation”. On the upside, this is where I first met the baby falcon who would become my own. 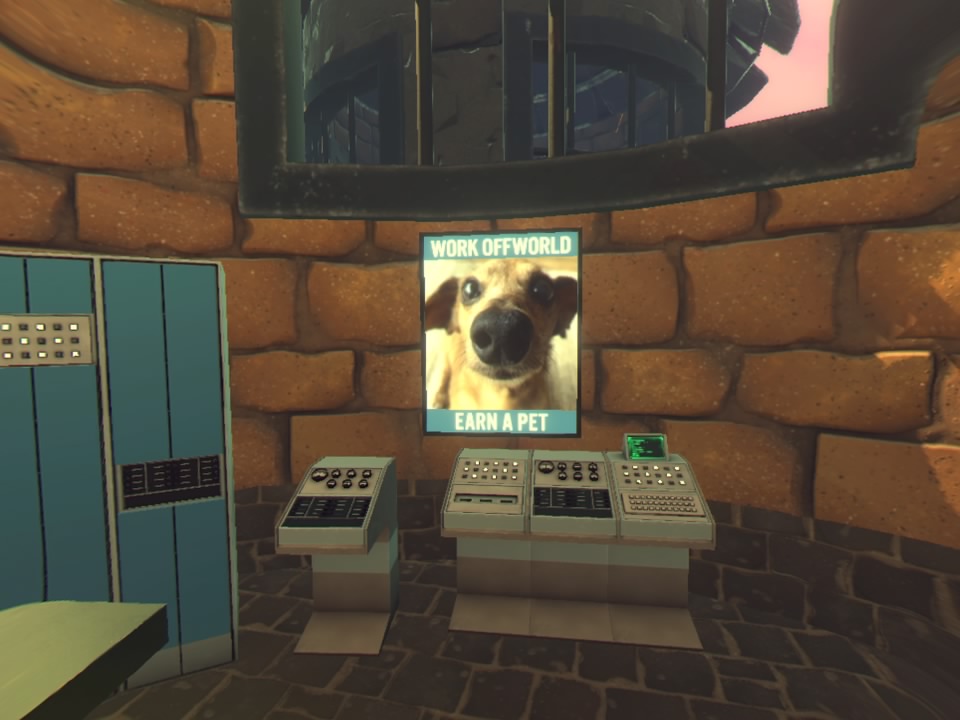 The falcon aspect of this game honestly had me a bit worried because I often find pets frustrating to deal with in games. However, the system is set-up well, and I was able to work with the falcon fluidly and quickly. Of course, things start slow, but you can figure out how to work with the falcon on your own before the tutorial shows you how.

For example, I figured out how to make my Falcon hunt rabbits within the first few moments of having control over her. This also helped me instantly finish a quest when it popped up later because I already had had rabbit meat from hunting. Having the ability to discover mechanics on my own did help the tutorial move a long at a better pace. Overall working with the Falcon felt really good, and as I figureout how to do things more smoothly, it only got better. At times it really felt like I was working with anothe living creature. 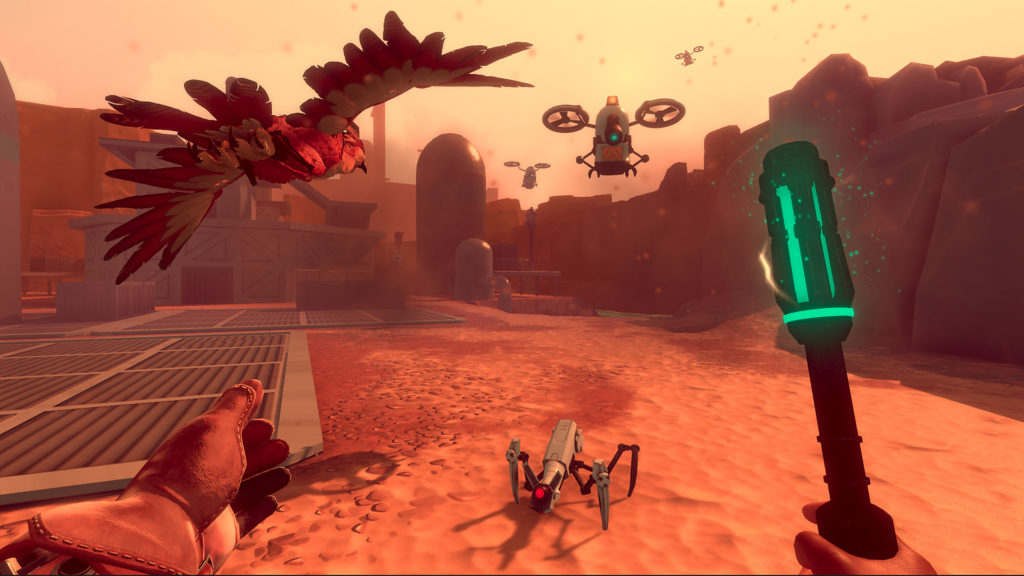 Before too long I managed to lay waste to the prison and escape. It’s after this point where the game really starts to show it’s true colors. One of the main characters, who also helped me learn more about working with my falcon, is Auntie and she wasted no time filling in many of the questions I had about the planet I was on.

The way the dialouge with Auntie was structured, it was as if she knew my character already knew the information she was imparting which made everything feel more realistic. Rather than I somehow just never knew the resistance existed, my character just had never actively taken part in their activities before. As a result, I learned a lot about what was happening without the normal boring dialogue just saying outright this is the story. Helping Auntie out, earned me the ability to choose the name of my Falcon, finally. Of course she has opinions about whatever name you you choose.


One of the impresive aspects of Falcon Age is how accuratly the people who live on this planet which is being destroyed by the faceless corporation are portrayed. It’s not a situation where every person is all gungho to take back their world, but a mix of different perspectives. From talking with the various people, and you can talk to just about every person you see in game, it’s clear this distruction has been going on for years. Accordingly, while there are still those determined to fight and make things right, there’s also people who have given up. People who are just trying to get by in the day to day without concerning themselves with the larger picture because it feels so far beyond them. There’s even people who seem to occupy their time with frivolous activities. All of this makes the world feel very real and honest in its portrayal of how people deal with longterm abuse on this scale.

Combat in the game is really straightforward and not complicated. Though depending on how much you want to prevent your falcon from taking damage will change what tactics you employ to move through the story. That said though I’m not sure it’s actually possible for the falcon to die in normal gameplay. She did get fairly low on health but it always seemed like she would pull back to a safe distance before things got too crazy. However, for anyone who would prefer a non-combat expperience, there is an imprint mode of the gameplay where combat is optional. 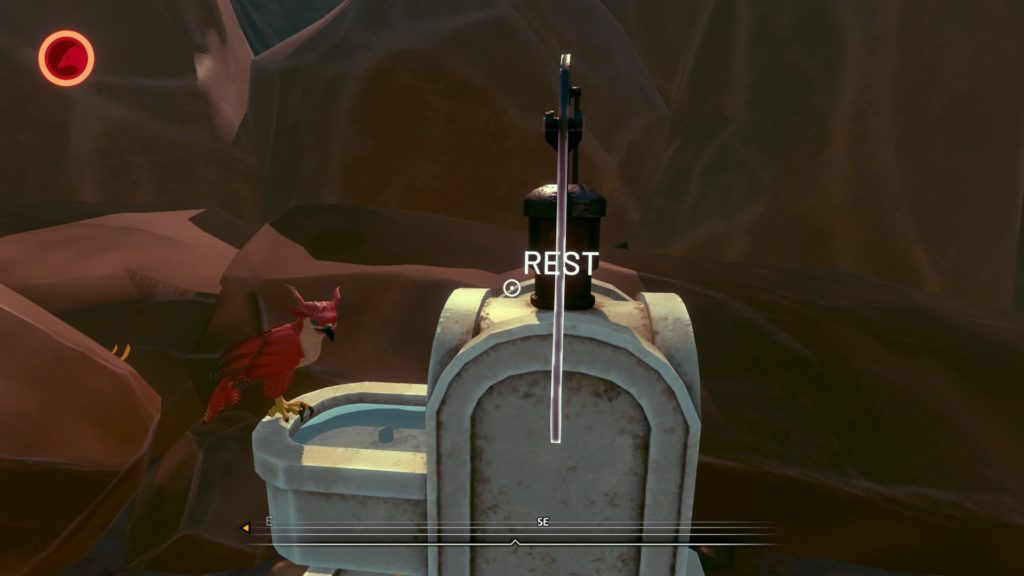 Most of the story unfolds in a very linear way, and I’m not sure how much replayability Falcon Age has over the long term. I was able to wander around a bit as I went and explored, but it is very limited. Also, the in game map was a bit of a pain to utilize sometimes as it was often difficult to tell which direction I was facing on the map. The icon marking my current location is a stylized falcon image which I often had to stare at a bit to figure out where I came from and where I was going.

Also, there are very narrow paths which are the only way I could traverse the area which made finding my way just by using the compass sometimes a bit of a pain. There were a few times where I would be following a path which seemed to be going the right direction only to realize it took a random turn in precisely the wrong direction. As someone who generally likes to wander around in games, this wasn’t a huge deal for me, but players who want to move more directly from objective to objective might be frustrated by this. 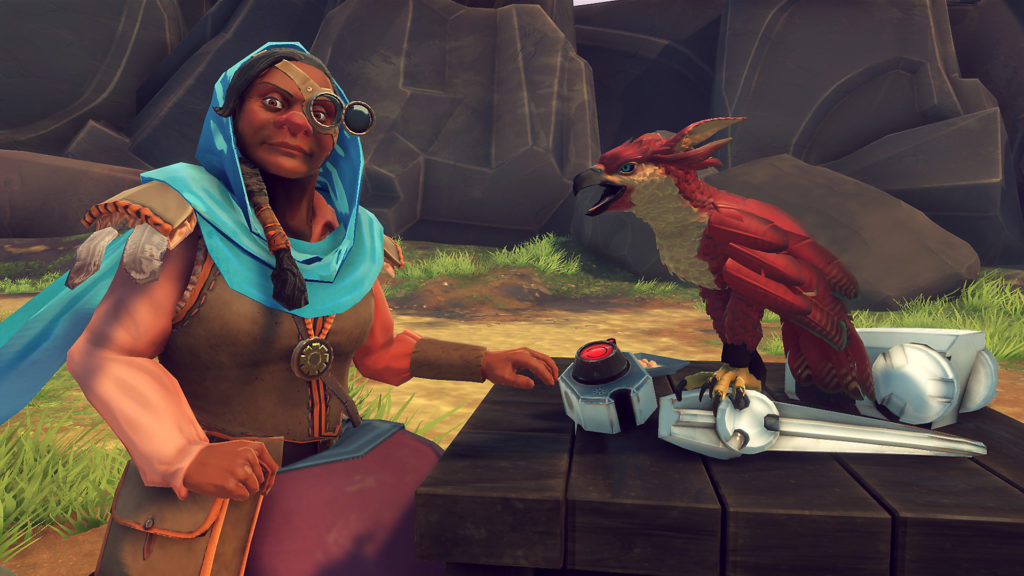 Falcon Age works well as a VR game and as a regular game with just the controller to move around with. I don’t have move controlers, so I was using a controller the whole time even when using my VR headset. I’d guess some actions like using the whip function of the baton probably feel better if you use the move controllers. One thing which was a bit odd for me though was in VR the default movement was via teleportation, which worked well it just felt a bit odd as a VR mechanic. Generally, VR is interesting to me because it’s more imersive, but movement via teleporting just felt off. This can be turned off in the main menu though. Either way, I had no issues with motion sicknes which was a releif because I am often very suseptible to motion sickness in games.

Overall I had a lot of fun with Falcon Age, and the story and characters are interesting. I do wish there was a bit more depth to the story and exploration aspects, but as is it is well worth the $19.99 price tag reguardless if you have PSVR or not.

Falcon Age was reviewed on PS4 with a code provided by PR.

Tags: action, adventure, Outerloop Games, playstation 4, review
Summary
Falcon Age is a fun and interesting exploration of what happens to people being exploited by a megacorporation and how they can fight back. With the added twist of the faithful Falcon companion, this single-player game often feels like it is a co-op regardless if you are playing in VR or not. It's well worth the time for anyone who wants an interesting story with a lovable feathery sidekick.
Good
Bad
7.5
Good
Previous ArticleEpic Seven Devs Tease New IP Crossover Among Upcoming UpdatesNext ArticlePRESS RELEASE: Marvel Ultimate Alliance 3: The Black Order Set To Release July 19 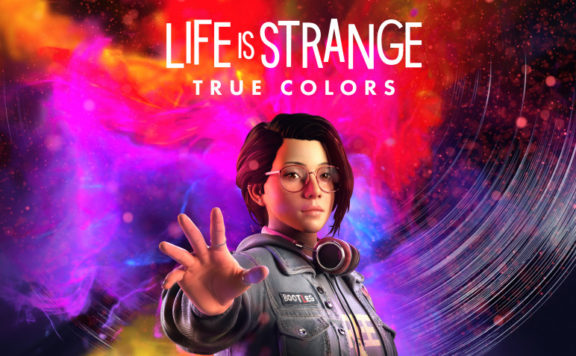