I have extremely fond memories of the LucasArts’ point and click adventure games. Monkey Island, Day of the Tentacle, and Grim Fandango contain some of my favorite gaming moments. The blend of puzzles, storytelling, and comedy are what have held these games in such high regard since the 90s. In the past few years, most of these games have been remastered with updated sound and visuals to help bring these titles to the newer generation. The latest on this list is Full Throttle, and this is our Full Throttle Remastered review. 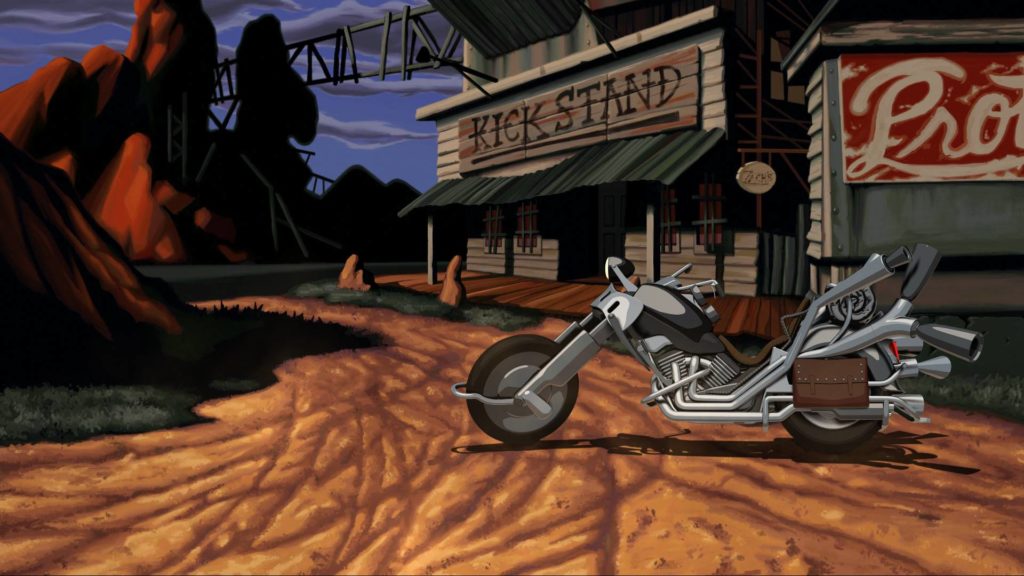 Originally released back in 1995, Full Throttle has become a bit of a cult classic, if you can call selling over one million units “cult”. Set in the year 2040, the automotive world has changed. Hover cars currently rule the streets, save for a dying breed of biker gangs. You play as Ben, leader of the Polecats, one of the aforementioned biker gangs. After having a bad case of being extremely unlucky, you end up in the middle of a corporate power struggle. Begin a story of betrayal, murder, and cruisin’. Past that you’re getting into spoiler territory, so let’s just say that it’s up to you to save the day by clicking on everything or course.

The remastered version of Full Throttle does its job admirably. The updated visuals look fantastic, with an art-style that matches the game’s grizzled yet offbeat atmosphere. However if you’d rather play through the game with the original look, you can switch between the two art styles at the touch of a button without the game missing a beat. Other than that, Full Throttle is perfectly intact from its original version, the good and the bad.

Coincidentally, I’ve been in a point and click phase lately. Within the past two months I’ve played through the new King’s Quest, Deponia, and the remastered Day of the Tentacle. Naturally I compare Full Throttle to these titles as most of them are, at least mechanically, nearly identical. In terms of writing, Full Throttle does have a slightly more mature tone. Instead of slapstick or absurdist humor, Full Throttle has a dry wit about itself. I couldn’t help but chuckle each time my character said, “I’m not putting my lips on that.” I’m not entirely sure I ever got Ben to lip anything. 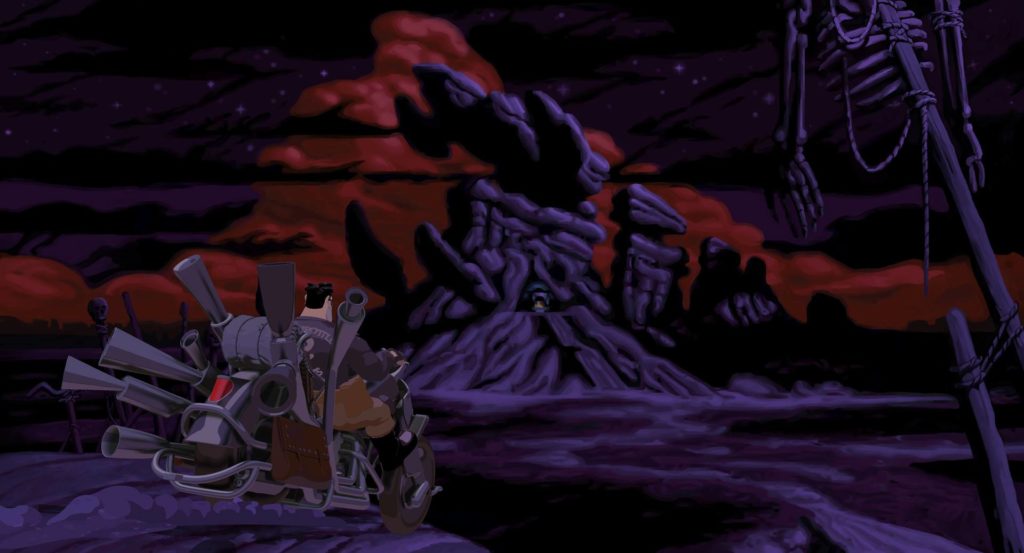 The story, characters, and writing have all aged well here, except for maybe the a few mentions about mini-vans taking over the roads. That is deliciously 90s. It helps that the voice cast is top notch, with many notable names such as Maurice LaMarche, Mark Hamill, Tress MacNeille, and Roy Conrad. Some of the plot points are a bit cliched, but perhaps they weren’t back in 1995, so I can’t really fault the game there. On the other hand, Full Throttle also breaks cliches as well in ways that I won’t go into because spoilers.

Where Full Throttle falters is in some of the puzzle elements. I understand that each of these point and click games have a bit of trial and error involved, but Full Throttle had some instances that felt tedious rather than challenging. Especially when there were timed elements involved. The controls in these games are unwieldy at times, and trying to move quick enough to activate multiple objects with precise hitboxes in a limited time frame caused me some frustration. I knew WHAT to do, I simply could not work around the controls to do it. I have no idea how I did this back in the 90s with a mechanical mouse. But these were issues that existed back in the original release of the game, so there’s really no reason to complain about them now and none of them are game breaking anyway. 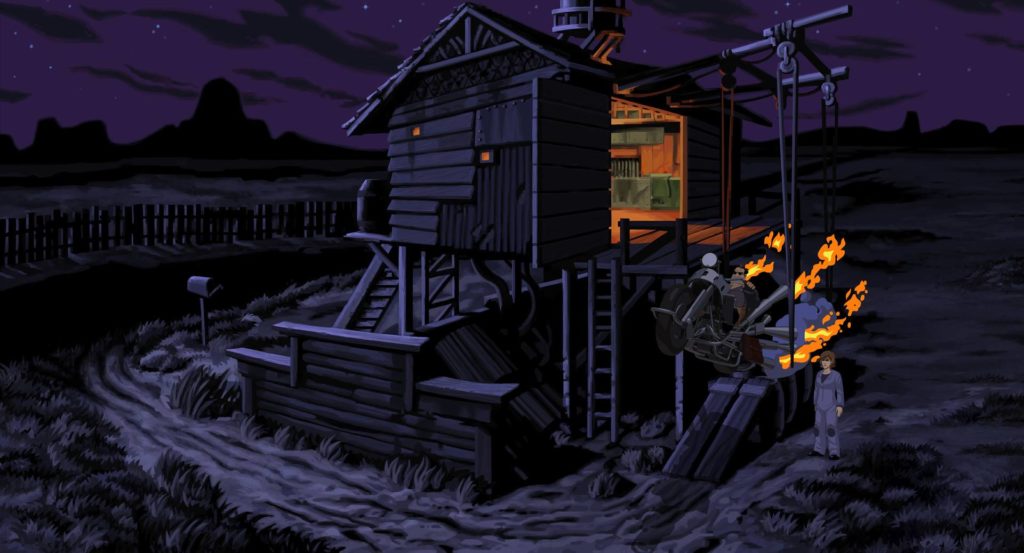 All in all Full Throttle is an enjoyable, yet short experience. I beat the game in approximately 5 hours. If you are a fan of point and click adventure games, then you owe it to yourself to play Full Throttle. It’s one of the classics of the genre, and the new remastered version is the best way to experience it.

Full Throttle Remastered is a remake of 1995's title released by LucasArts. Full Throttle is a classic adventure game about Ben Throttle, a leader of a biker gang. He finds himself in a middle of a tale of motorcycles, mayhem and murder. Over 20 years later, Full Throttle returns with a Remastered edition. It features hand-drawn high-resolution artwork as well as remastered soundtrack. Players will also be able to switch metween Remastered and Classic modes.
7.9
Average User Rating
1 vote
Have Your Say!
Your Rating: 0
Submit
Write A Review
Genre:Adventure
Developed By:Double Fine, Shiny Shoe
Publisher:Double Fine
Modes:Single-player