When you think about a space game that is a first-person shooter you wouldn’t normally think about having the ability to do base building along with it. Genesis Alpha One takes you on a journey of exploration and adventure as you seek out a new place to call home, and you will quickly find out that things are not what you think they are. This is our review for Genesis Alpha One.

From Developer Radiation Blue and Publisher Team17 Digital Limited comes a game that will take you outside of your comfort zone in terms of an FPS. This game will definitely make you think about how to run your ship. The first thing you will notice about the game just from the loading screen is that this is also a shipbuilding game. You are in charge of building and expanding your exploration ship to give it places for people to live, produce oxygen, and to harvest materials from space. 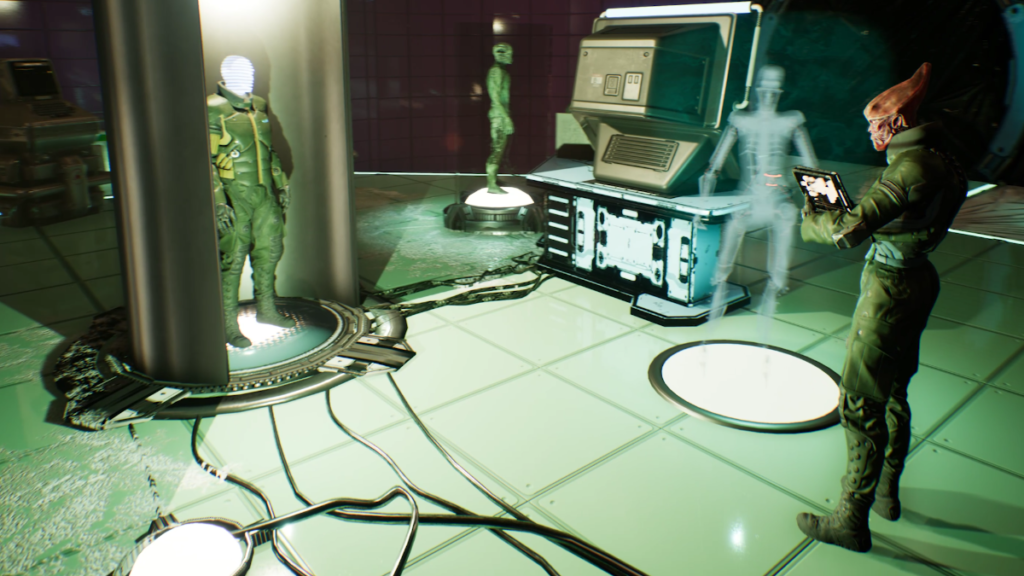 The game starts you with a basic tutorial mode if you want to learn how to properly play the game. It isn’t a very hard tutorial either and it changes as well so each tutorial and each new game are different. The first time I did the tutorial I was demolished by aliens that entered my ship and destroyed the hull causing all of my atmosphere to vent into space killing my whole crew. The second playthrough of the tutorial allowed me to get all the way through without incident. It is very interesting to play a game where you can freely walk around your ship, but at any time you can open the shipbuilder and add new pieces to your ship.

The purpose of the shipbuilding in this game is to make your ship more capable of colonizing your new homeworld. You will want to build a hanger to land on planets, build a tractor beam room to capture materials from debris for use in building your ship, and of course weapons to protect yourself. When you create certain types of rooms you unlock new and interesting things to see and do while in FPS mode. For instance, if you build a cloning lab you then have the ability to create carbon copies of yourself. If you build a workshop then you gain access to weapons and portable turrets.

In Genesis Alpha One your crew is a bunch of clones, and this is beneficial in that once you die you don’t really die. What do I mean? You start as the captain of your ship and play your game. As you progress through the game you could be boarded by aliens and killed or killed on the surface of a planet. No matter what the reason is when you die the next available clone becomes captain. This allows you to keep playing and not lose everything that you have accomplished and built. All you need to do is to make some more clones and make sure they have ample sleeping quarters and you should be all set crew wise. 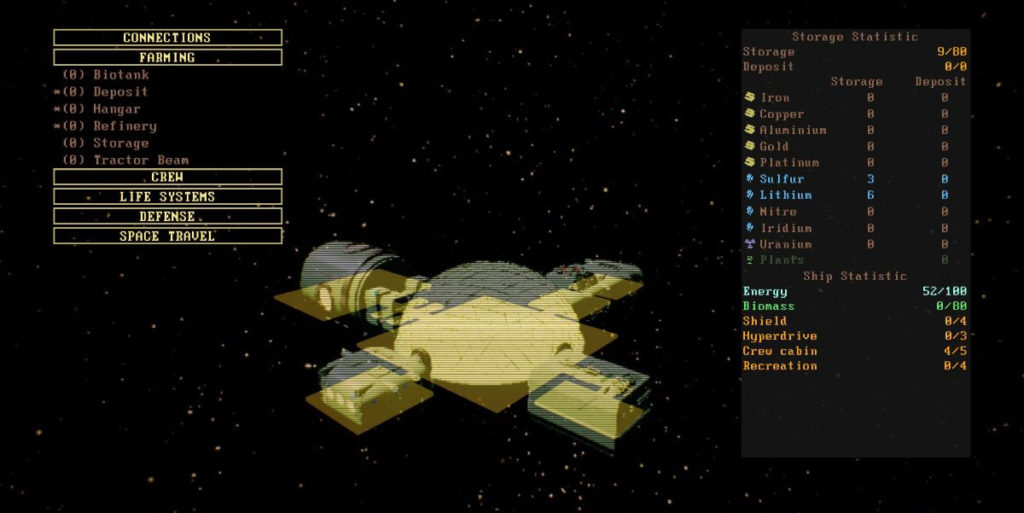 The gameplay mechanics for it being an FPS are the same as any other shooter, pick up your weapons, aim your weapons, and fire the weapons. You will walk or run around your ship as you want to, and when you land on planets looking for materials you will have to run around and watch out for alien bugs or enemies trying to hurt and kill you. Everything in this big open galaxy is out to get you so watch your back and that of your crewmates and you should make it out alive.

Note: Our copy was reviewed on the Epic Launcher with a code provided by PR.

Tags: Epic Store, exploration, first person shooter, Genesis Alpha One, Radiation Blue, Shipbuilder, Single Player Game, Team17
Summary
Overall, this game is fun to play and brings you into a new world of FPS and shipbuilding to engage its player base. It is a single player game that will test your building skills as you create this massive starship that will take your people to a new world for colonization. Releasing on January 29, 2019, this game promises to be one of the more fun first-person shooters out there this year. It launches for $29.99 USD on the Epic Store.
Good
Bad
8
Great

Supraland Review: Showing how Tiny really can be Grand
April 25, 2019

When you think about a space game that is a first-person shooter you wouldn’t normally think about having the ability to do base building along with it. Genesis Alpha One takes you on a journey of exploration and adventure as you seek out a...
5
Average User Rating
1 vote
Have Your Say!
Your Rating: 0
Submit
Write A Review
Genre:genesis alpha one, review