Ever wanted to climb inside someone’s head? Not in the metaphorical sense of getting to know their hopes and dreams, but in the almost literal sense of taking a can-opener to the cranium and watching personified emotions scuttle around in a cute, colorful landscape. If that’s the case then GNOG, a freshly arrived puzzler on PlayStation 4, has you covered. This is our GNOG Review.

There are nine different ‘Gnoggins,’ – giant monster heads – to crack open, with each one containing a different problem to solve. A DJ might be struggling to lay down some new beats, a starship might have broken down, or a candy store might have fallen on hard times. Getting inside is only the start of the challenge, with each level requiring puzzle solving on both the internals and exterior to complete.

Getting truly immersed in the colorful phrenology going on takes an extra step, with GNOG optionally supporting the PSVR headset. Strap into one of these, and the soothing electro-pop synth blends with kaleidoscopic patterns to deliver a chilled, relaxing experience. Part Hohokum, part Monument Valley, Montreal developer KO_OP has produced the spark of something special. 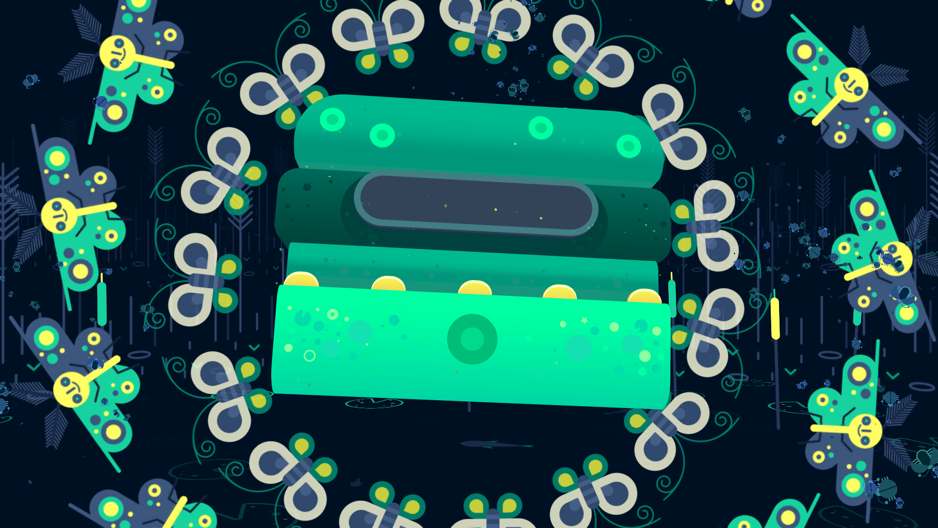 At first glance, with all the brightly colored switches and dials, GNOG almost looks like an interactive advert for a new line of children’s toys. That inviting playfulness is inspired, as it tempted me to instinctively reach out and start experimenting, spinning the monster’s head around and poking various features to see what would happen. Sometimes I’d get a sound, sometimes a clue, and sometimes I’d solve a piece of the puzzle I was attempting to unravel. And, although the scenery was coated with sticker-book symbolism, the environment was carefully balanced between clean purpose and finishing clutter.

Putting the style to one side for a moment, the substance of GNOG is solidly assembled, although the controls felt a little awkward at times. Much like a Rubik’s Cube blended with a puzzle box, each Gnoggin is covered with things to pull, press, slide or rotate, almost begging you to reach out. As a result, the DualShock controller felt wrong somehow, as if I should be using a touchscreen or wands. Dissonance aside, working out what can be interacted with is easy, with clear prompts and contrasting colors guiding the way.

Working through each puzzle also progresses that Gnoggin’s story, which wraps up once the final solution is complete. Bop the monster’s head on the nose, and it’ll break out in song to celebrate the victory, accompanied by a relaxing spiral of animation. Triumph never felt so hypnotic.

Keeping the tempo are dynamic tracks from Marskye, with each one evolving as the puzzle progresses. It partly reminds me of those old wind-up musical boxes, but also classic beat games like Rhythm Paradise. Because the tune continually changes as the level moves on, it avoids becoming annoying when you’re trying to work out how to use a set of switches or where a lever is hidden. 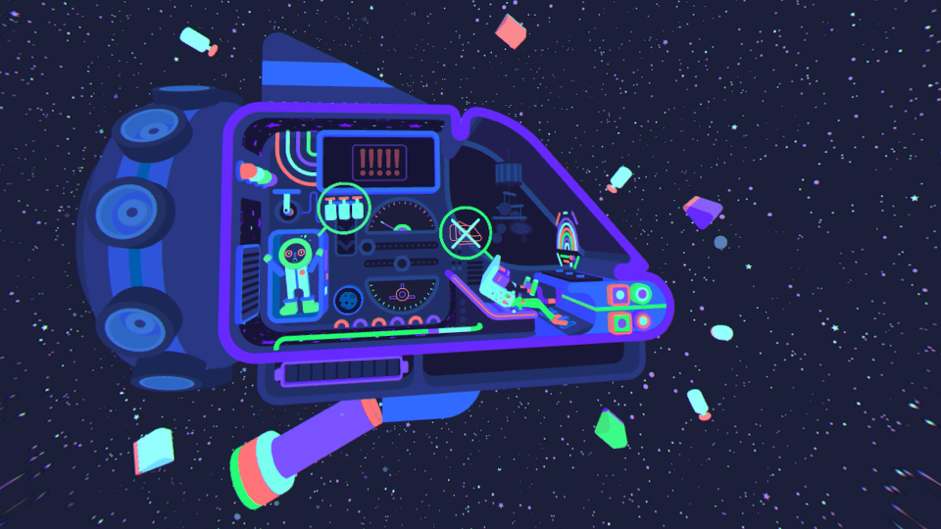 Although the puzzles are satisfyingly fun, there aren’t many brick walls to slow the pace down. And, while a few hidden trophies have been tucked away in the various levels, there’s little incentive beyond that to replay the experience. As a result, most levels can be completed in about 20 minutes, with GNOG itself being wrapped up in about 3 hours. That feels short for a puzzler but, as an E-10 rated game probably strikes the right balance.

As for that virtual reality experience, it’s one of the most comfortable rides I’ve experienced. Normally I can only handle a couple of rounds of EVE: Valkyrie before needing a break but managed a complete play through of GNOG without feeling nausea. It’s likely due to the fixed camera position and limited movement, with the Gnoggin staying firmly in the center of view. Even so, there was one point near the end where I needed to make note of a sequence and ended up having to pull off the headset, jot it down, then read it back by staring down my nose. Although it only happened once, it felt like a real experience-breaker.

That said, both the short level times and high comfort could make GNOG a great game to show off VR, particularly if you have friends curious about the headset lurking in the corner, or kids eager to try it out for themselves. It’s not essential, but having the PSVR handy definitely adds to the experience.

However, despite my gripes, I’m holding out for more Gnoggins to build on that short PS4 experience, especially with Steam and iOS launches planned for later in the year. If KO_OP decide to include additional game modes and more puzzles to solve, GNOG could become a real head-turner.

From acclaimed indie studio KO_OP and in association with Double Fine Presents, GNOG is a 3D puzzle game set in a tactile world of toys and secrets. Point, click, grab, poke, spin, pull, and play with uniquely charming monster heads, and explore the hidden worlds inside them from your couch or face-to-face in stunning PlayStation VR. Filled with eye-catching designs, playful interactions, and a rich, reactive soundtrack, the hand-crafted heads come to life in your hands!

Inspired by real-world toy designs, every GNOG head is a miniature world to discover. Grab a bookcase and spin it to reveal a hidden pile of coins, slide levers to navigate a damaged ship through outer space, crank a wheel to cook a stew on the stove – each playful interaction generates lively feedback and surprising consequences. Set to a relaxing and dynamic soundtrack that evolves with each level, the surreal worlds and joyful puzzles of GNOG will have you turning heads.