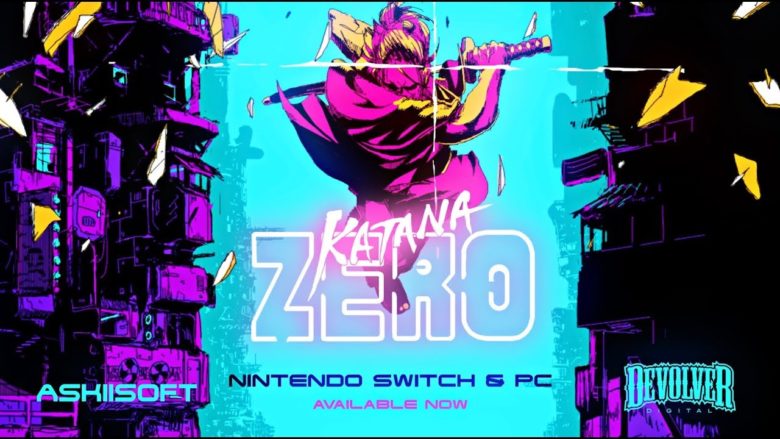 Devolver Digital is great with publishing games that are either way out there or a beautiful indie gem and some things in between. Katana Zero comes from developer Akiisoft as a stylized action platformer with a lot of slashing and dashing. But is it a one pump chump or does it deliver more than just some fun platform katana usage? This is our Katana Zero review. 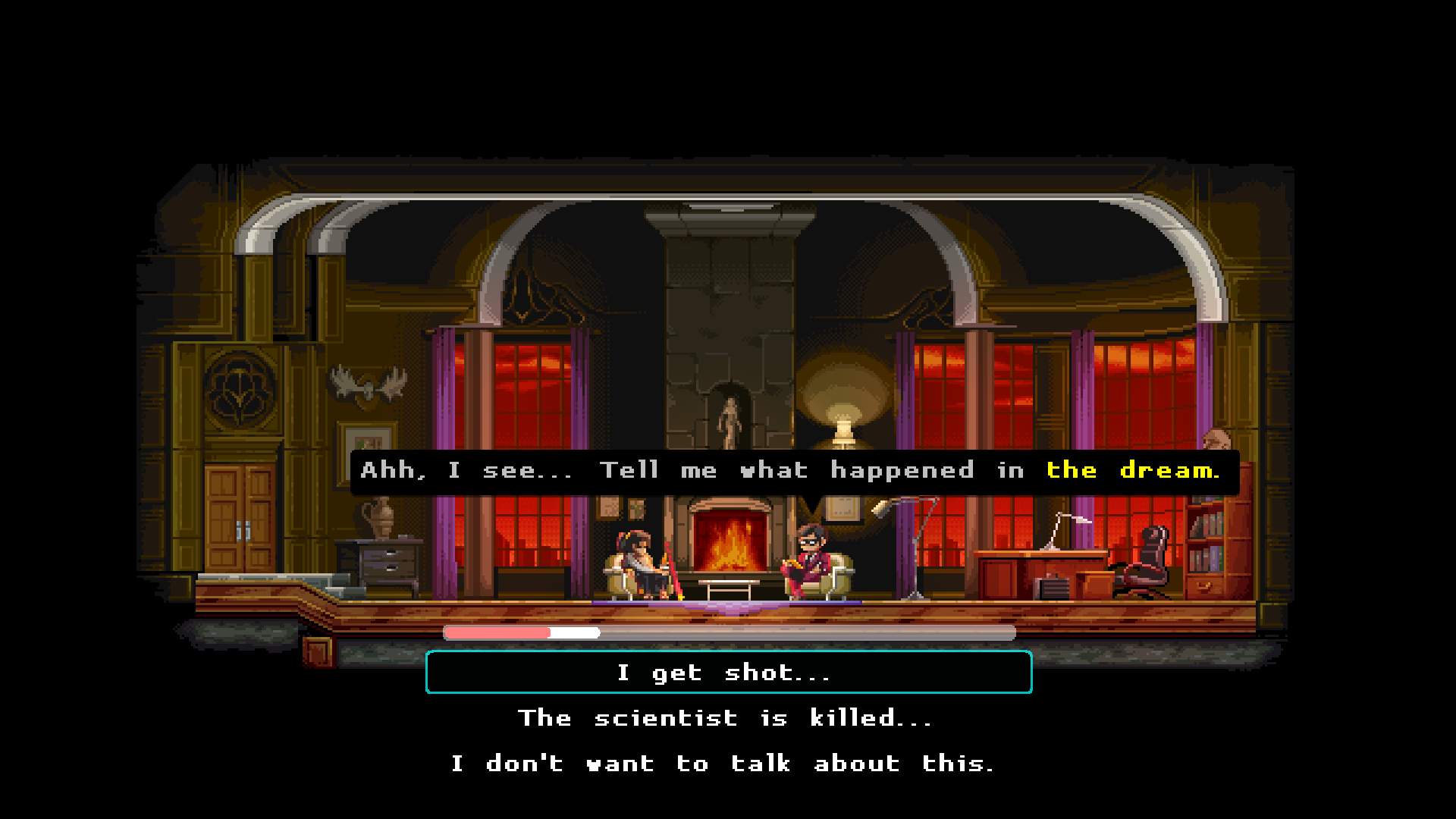 As you load in the virtual VHS tape you get the general mood and tone Katana Zero is trying to set for itself. The term retro is thrown around haphazardly but with this game, it definitely has that feel. From the pixelated forms of various thugs you must fight to the sound of the tape loading up so you can begin the level. The aesthetic in Katana Zero is top notch, it delivers a great setting that is a backdrop that blends smoothly into the action and the story you are a part of. Blended into this is the music which sometimes thumps and pumps to get your blood flowing as you coat the walls of a level in the blood of your enemies. It flows well with the feel of the game and even in out of combat sounds well and matches the tones of the game. 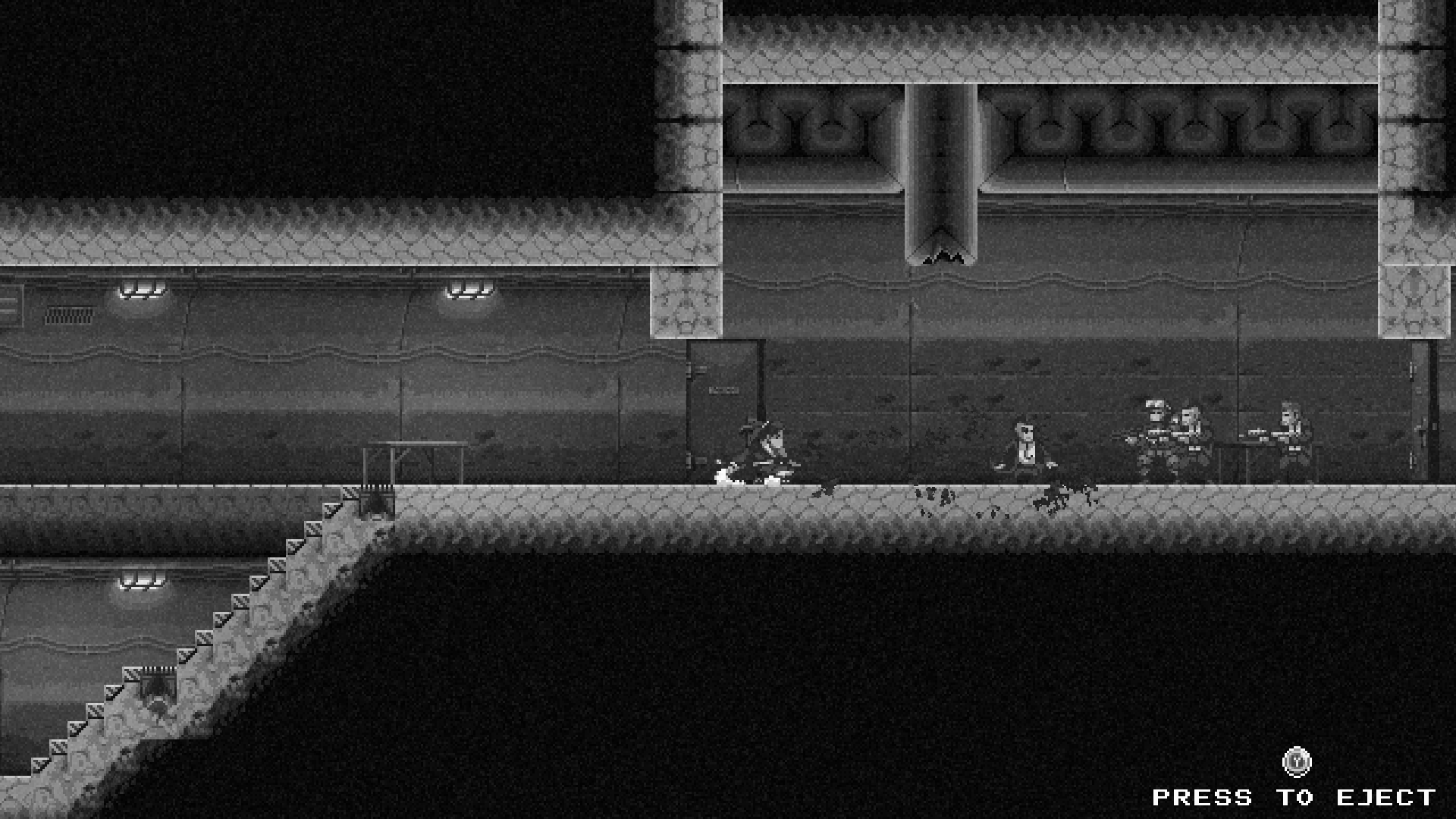 Katana Zero’s main dish that it brings to the dinner table is its blend of time play into its fast-paced combat style. It brings more than just combat through which we’ll touch on later. For now, focusing on the combat; you start simple and add more weapons to your arsenal as you progress. From a simple dash and slash of your blade, you progress to learn how to stay in the shadows to sneak through a level or to slow down time as you roll through a hail of bullets. All it takes is one hit and you die. That’s ok though, the tape just rewinds itself to the beginning and you can try again and again and again until you get it right. The combat itself flows smoothly from one move to the next, whether it’s slicing upwards into an unsuspecting foe, or rolling and blocking an attack from a dagger-wielding enemy or simply chucking a Molotov into a row of gun-wielding baddies before you leap down and finish them off. 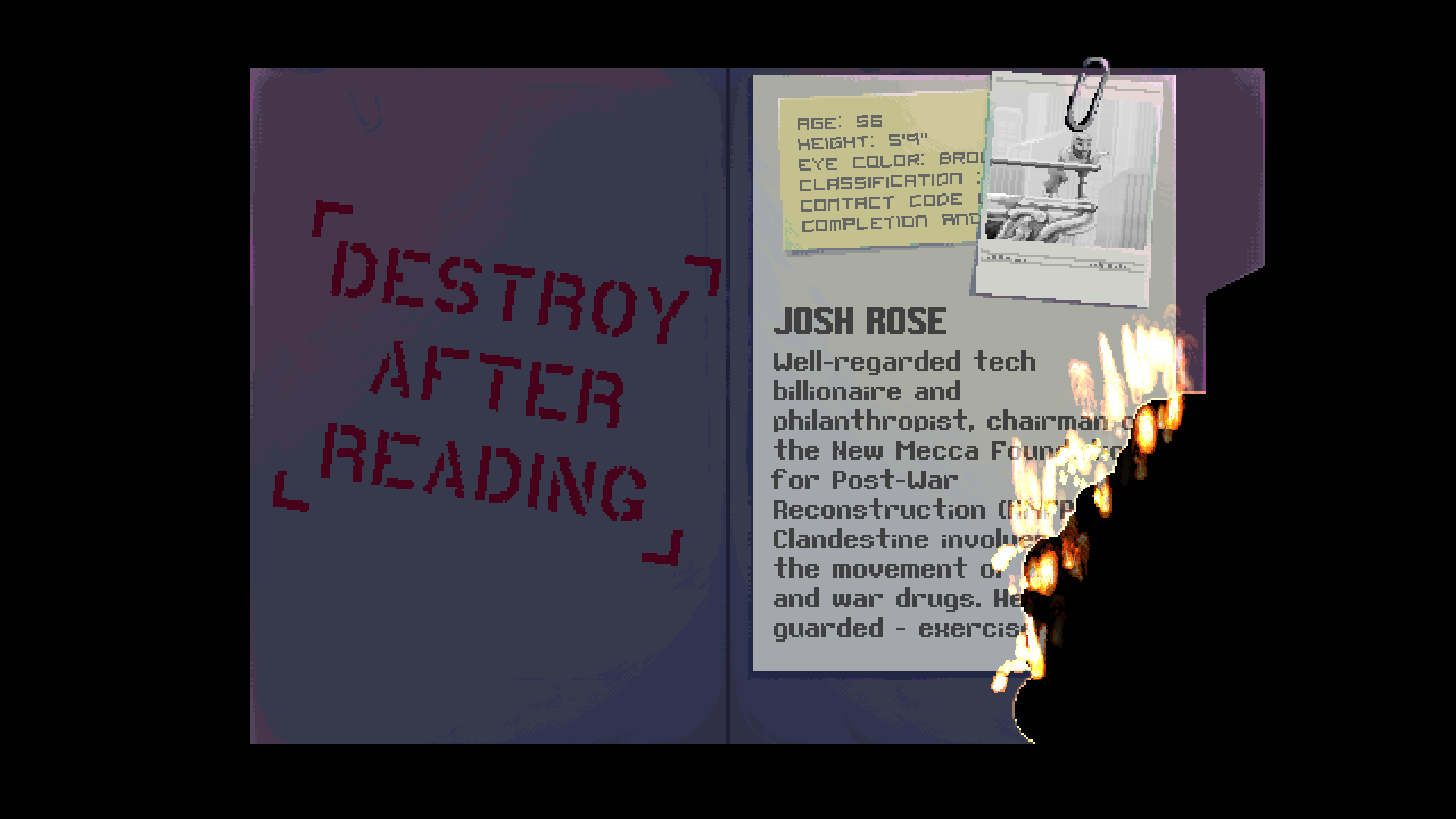 While the combat may be at first what gets everyone’s attention and possibly buying Katana Zero, the story will keep you waiting for what’s next. The story has a very sci-fi noir feel to it. You’re a former soldier who served in a war and now you’re a mercenary with skills that can control time, oh and you only use a katana. But it goes deeper than that. As the story progresses you are plagued by nightmares that with the help of your therapist you can slowly begin to piece together your past if you choose to. Almost all of the dialogue gives you choices, whether its to end it quickly and abruptly or lie or be honest. There is an interesting story that can unfold in Katana Zero if you’re willing to spend the time to dig deeper and find out the secrets it holds.

Tags: action platformer, Great Soundtrack, indie, noir, pixel art
Summary
Overall Katana Zero is not only a great action platformer but also a game with a solid story that will leave you wanting more. Well worth buying to get that fix for your time bending katana wielding noir story needs. Katana Zero is available on Steam for $14.99 USD.
Good
Bad
9.5
Amazing