In an instant, all that you have hoped to protect and all that you have held dear could be stripped away by a decision you failed to make. Living a roughshod life of complex uncertainties is something that Peter Parker has had to deal with since being bitten by a radioactive spider, but in Insomniac Games’ titular Marvel’s Spider-Man, the danger and implications of Peters decisions will veritably change him forever.  With ample foresight into what a Spider-Man fan should expect from a game celebrating the webslinger in all his glory, does Insomniac truly deliver on the most anticipated Super Hero game of the year, or does Marvel’s Spider-Man set off our Spider Sense? Make way true-believers for our Spider-Man Review.

Undoubtedly at this juncture, word of mouth has spread to commemorate the stellar release of Marvel’s Spider-Man, a game which I personally had a vested interest in, being that I have been a comic book fan as far back as I could remember.  Insomniac had some very big tights to fill when it came to delivering on what a Spider-Fan wants.  In man ways, Insomniac surpassed what I expected, while in others, they left me wanting, foraging for additional pieces to the Spider-verse puzzle I’ve not only come to love, but I’ve been accustomed to over the years.  With nearly 100% completion in my sights, some of what I expected and hoped for didn’t come to pass, at least not yet, while new story arcs were delicately introduced in preparation of future content updates.

Marvel’s Spider-Man is glorious in execution from the moment you step into Insomniacs rendition of New York.  Web-slinging is fluid, gratifying, and even at times, frustrating, but in ways that feel realistic in practice, such as, if there are no tall buildings, you may be out of luck for high flying webwork. As you progress through the storyline you open up additional side missions, such as the flying drone missions, or collecting Howard’s Pigeons, where precise control of your swinging prowess is necessary to not only accomplish but surpass your goals for additional rewards. Eventually, there are waypoints that open up around the city that allow for fast travel, but I often found myself shirking them altogether in favor of traveling the “old fashioned way” of swooping and careening down the busy New York streets, many times with reckless abandon. 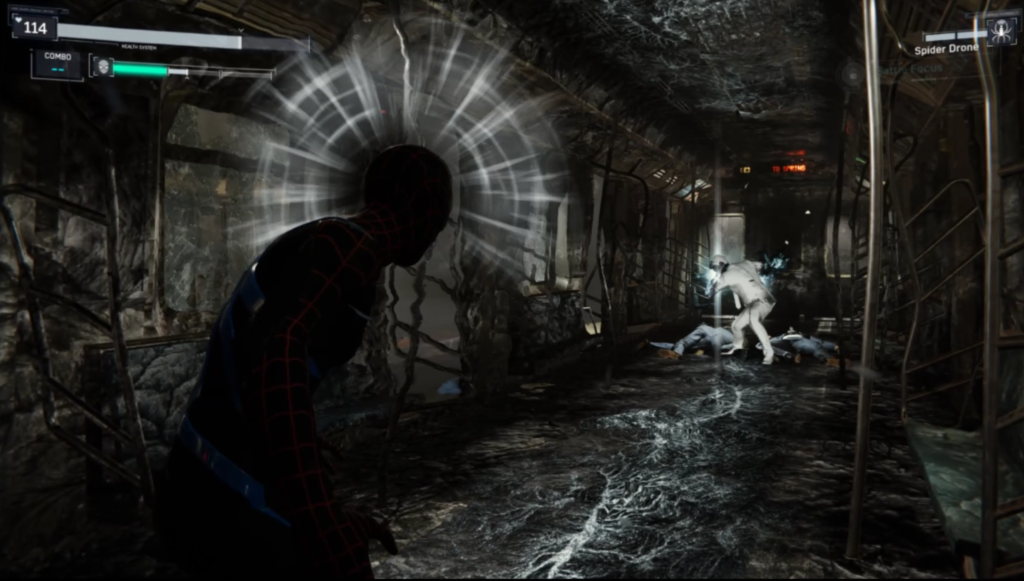 Within moments of starting the game, players are thrown into the massive undertaking of arresting the Kingpin of Crime himself, Wilson Fisk. In a trial by fire, players are directly introduced to a situation that outlines the flow and fluctuations of combat.  Similar to how traversing the world works, combat too illustrates the remarkable intensity Insomniac achieved simply by acting and reacting in the environment. The tutorial level inherently shows you the strategies required to be successful against particular enemies, but as Peter progresses throughout the story, enemies become much more dangerous.  Snipers will accurately train their shots on you, flying Sable International Agents will attempt to blast and detain you, and who can forget those pesky rocket launchers that appear to be given out to just about anyone, like tootsie rolls on Halloween.

Luckily, Spider-Man grows and changes with every enemy detained and every mission he completes.  New suits, modification abilities, gadgets, and skills can be unlocked as the player progresses to make New York City safer for everyone.  One of my favorite points to the appearance system specifically, is that, while each costume grants a new ability once unlocked, you can swap the abilities from other suits, so you can always dress like the Spider you want to be, while keeping your favorite tried and true suit ability from a suit that may not be as appealing. (Last Stand Suit, I’m looking at you).  Modifications work the same in that you can slot the three you wish to use, and forsake the rest as if they were a mint-condition Spider-Ham comic. 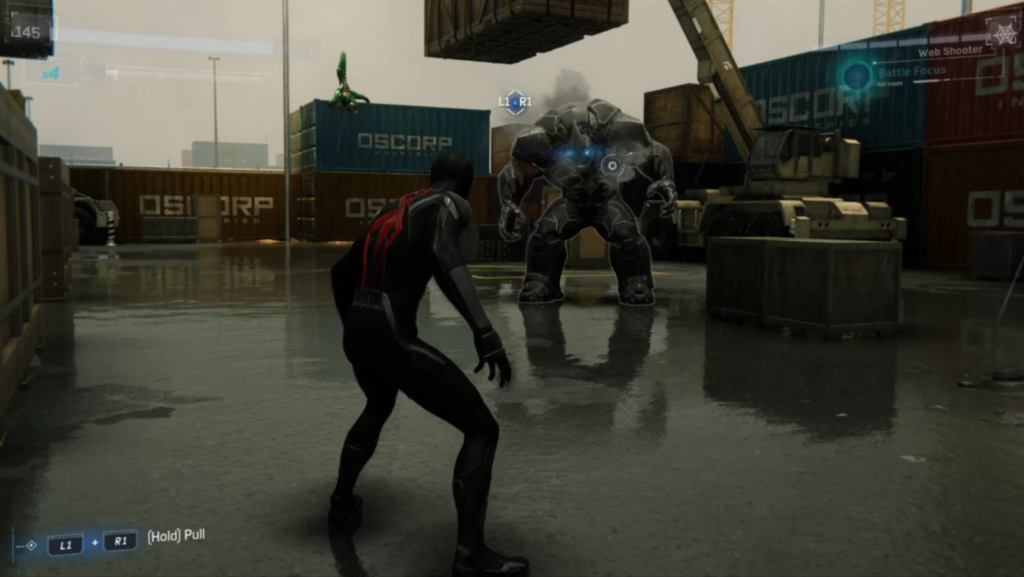 As Spider-Man grows, gadgets are upgraded, and new skills metamorphose into more desirable combinations. Players will begin to open up new opportunities to use everything at their disposal to more effectively complete missions and detain villains.  Some of my most memorable experiences revolved around utilizing gadgets and stealth take-downs to rid an encounter of its thugs. All missions, even open world missions, come with bonus objectives that players can adhere to and complete for larger rewards.  Rewards are generally given in the form of tokens organized by the activity you are attempting to complete.  If you clear a base, you receive base tokens, if you complete a challenge, you receive challenge tokens and so on.

One aspect that I’ve pointed only lightly to are the story aspects of Marvel’s Spider-Man.  Story-wise, as a reviewer of a very story-centric game, I’m forced to walk a very fine line in what I divulge as to not spoil anything for the fledgling webslinger.  While specific details will be lax, Insomniac was generous in paving this Spiderverse with ample inclusions of famed characters such as Aunt May, Mary Jane Watson, Miles Morales, Norman Osborn, and many more that will put veteran Spider-Fans in a comfortable place.  Insomniac transcends expectations by allowing players to step foot in the shoes of other characters such as Mary Jane, which communicates different aspects of the story while also attributing to alternate styles of gameplay as an added bonus. 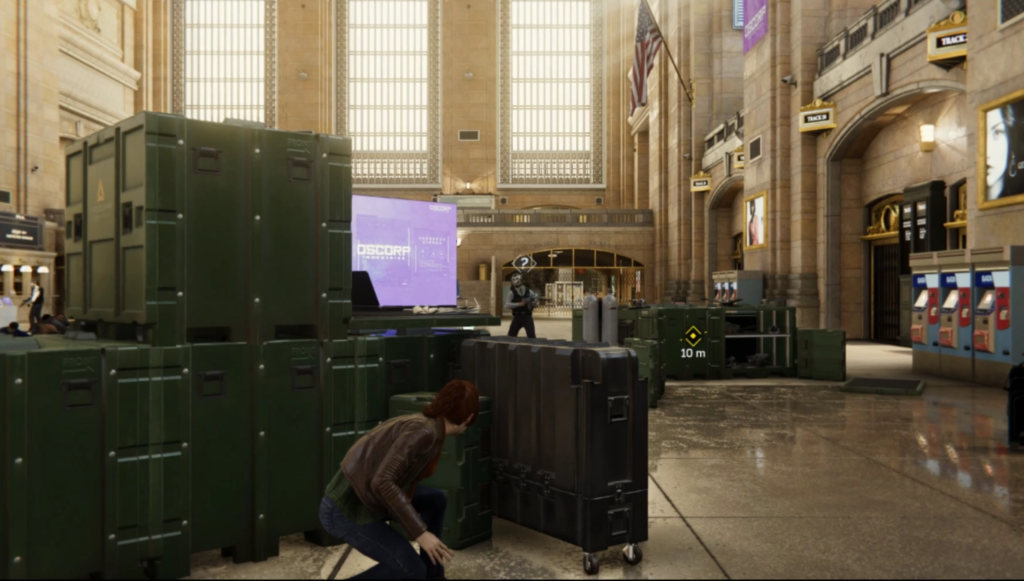 The story plays a very decisive role in Marvel’s Spider-Man, easily pulling players in with marvelous voice acting, and exceptionally detailed characters brought to life by the impressive graphical capabilities of the Playstation 4.  There are moments of genuine surprise, comical highs and heart wrenching lows, interwoven in a solid display of purposeful deliberation on Insomniacs part to make a story that is familiar and compelling, while not being a rehashed or retooled clone of what Spider-Fans have experienced from other mediums in the past.  In turn, Insomniac has developed a story accessible and enjoyable to fans while not neglecting players who may not be as acquainted with the source material.

Marvel’s Spider-Man is masterful. What Insomniac has achieved is nothing short of a perfect base of ingredients to build an eventual legacy on.  Insomniac Games has also set a dangerous precedent, one that pushes the boundaries of what players may expect, not just of their future Super Hero games, but of Insomniacs future content updates. While nothing, even Marvel’s Spider-Man, is perfect, Insomniac has set a high bar for what players should expect in the future.  To that end, I await the upcoming content releases, web shooters at the ready. ‘Nuff Said.

Tags: Insomniac Games, marvel, mary jane, new york, peter parker, playstation 4, Sony, Spider-man, spiderman
Summary
Insomniac has created a living, breathing Spiderverse that both fans and newcomers alike can appreciate. The fluidity of combat and world traversal makes it hands down the best Super Hero game in years, but it isn't without some pitfalls. The main story itself is generally believed to take about 20 hours to complete, but for players that focus primarily on the main story, it could take less. Side missions will keep players busy, but without additional content, dedicated players may find they have run out of content well before the DLC hits in October. Despite the low hours for story completion, Insomniac has created the must have hero game this year.
Good
Bad
9.8
Amazing 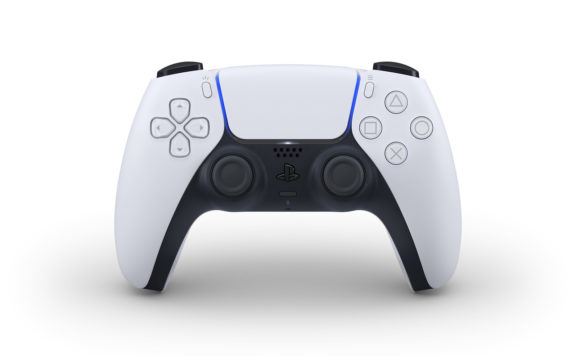 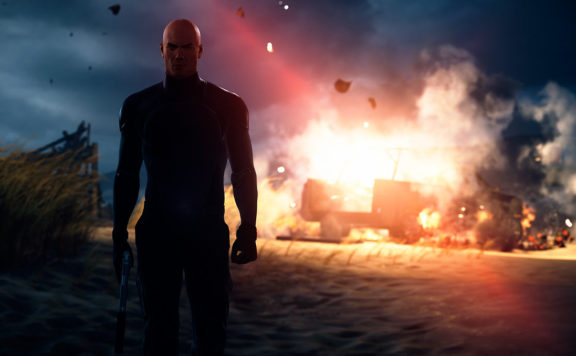 In an instant, all that you have hoped to protect and all that you have held dear could be stripped away by a decision you failed to make. Living a roughshod life of complex uncertainties is something that Peter Parker has had to deal with ...
9.8
Average User Rating
4 votes
Have Your Say!
Your Rating: 0
Submit
Write A Review