Moss is a charming and fun mixture of aspects of both Redwall and Neverending Story but also feels refreshingly fresh. Polyarc has managed to combine concepts from a lot of other VR games and make it all into one fun and interesting game the whole family can enjoy. The only real disappointment I have about this game is that it is so short. This is our Moss Review for the PSVR.

Moss starts with the opening of a book and a brief narration which lead into the opening moments where I quickly found out my role in the game would be that of the Reader. The title of Reader might imply a passive role but since this is a game having a passive role wouldn’t do at all. I could not only control Quill (the adorable mouse protagonist) but I could also do things to help her solve puzzles or heal her if she had taken damage. By moving blocks around, turning things, or any of the other various way I could interact with the environment I helped Quill find her way through this adventure. Having control of two separate entities in this way also caused me to feel as though I was working with Quill to get her to where she needed to go. It’s an interesting change in perception which I would never have felt if I just had control of Quill. 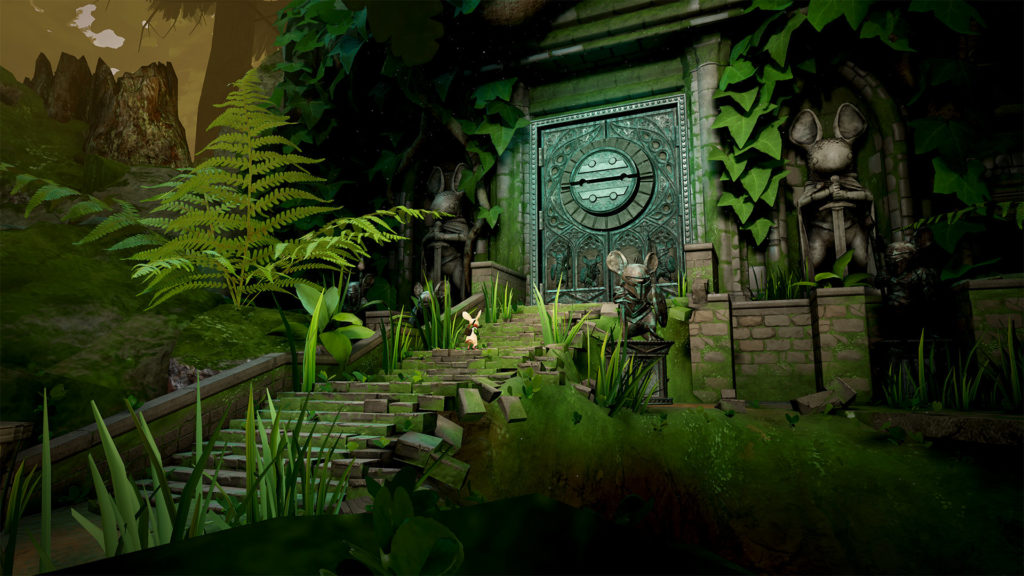 One of the most adorable, and helpful, aspects of Moss is whenever Quill would get the impression I was at a loss about what I was supposed to do, she would start communicating with me directly. Not by talking, but by using sign language and some simple gestures. I’m not sure of how much of what she was doing is actual official sign language but even for someone who only knows very basic sign language (thank you, I love you, etc…), it was all very easy to follow. It also somehow felt more real to have a mouse talk to me in this way rather than just audibly talking.

Initially, when I looked at the controls for combat I thought combat would likely be boring and underwhelming; I was completely wrong about that. The controls were very responsive, and combat felt as if it flowed nicely. It was also nice to see dodging be important because a successful dodge could often give me the opening I needed to finish off the beetle which was attacking me. I’m not saying the combat was Dark Souls level difficulty, far from it, but it always seemed to pop-up when I also needed to be figuring out a puzzle. Often just killing the beetles and then focusing on the puzzle wasn’t an option and it made things more complicated as I would be trying to stay alive and figure out if I could kill the beetles without stranding myself.

In addition to the main storyline, there are also a bunch of collectibles to find and gather. This is completely optional but as someone who likes to collect things, there was no way I’d pass up that opportunity. These scrolls were often in areas where I wouldn’t have normally taken Quill and I only noticed them by moving around to change my perspective a bit. Also, I found one in a spot I couldn’t see around at all so if this is something you are interested in you’ll want to make sure you take Quill everywhere.

There are also environmental dangers to watch out for. One of the earliest things I did was try to run Quill across what looked to me to be a shallow pool of water… it was not. Much to my surprise and sadness it was a deep pool and all I could do at that point was watch Quill drown. So yes, I’m kind of spoiling the fact Quill can’t swim, so don’t be like me and let her drown. Falling is another thing to watch out for. Getting to some of those collectables can be precarious in a 3D environment but she can die if she falls too far.

As someone who has pretty severe motion sickness it is always a topic I think about anytime I am about to play VR game for the first time. Really it can’t be overstated how sensitive I am, it’s a huge issue. However, I had no issues while playing at all. Everything went smoothly and the only limit to how long I could play was how long it took for the headset to become uncomfortable. However, watching someone else play was an entirely different story. Heck even watching some of the videos I took while playing bothered me. So, for anyone who is concerned about motion sickness I recommend you play but don’t watch others play. 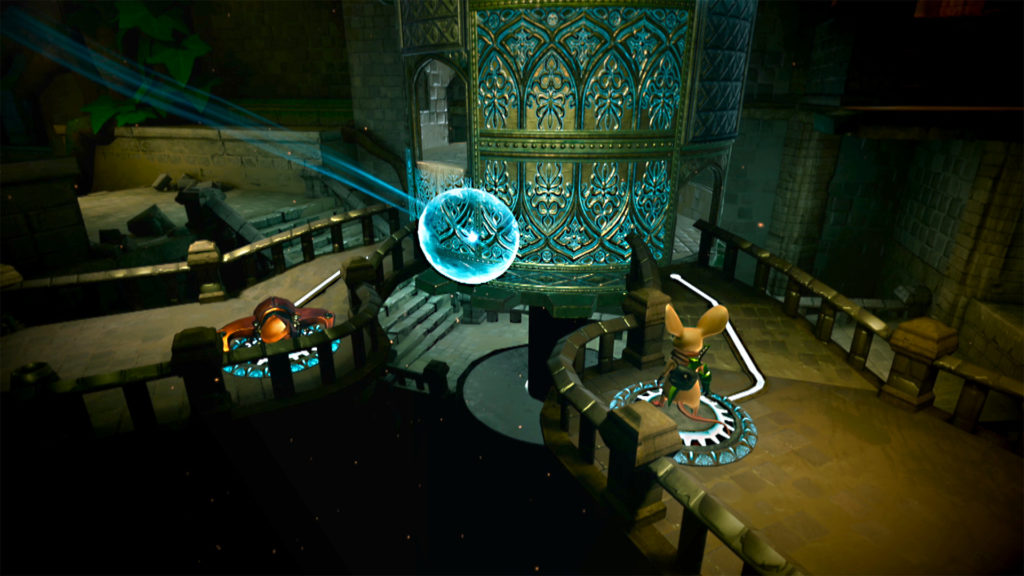 Note: Our copy was reviewed on PSVR with a code provided by PR.

Compare To: Zelda but a super short version. 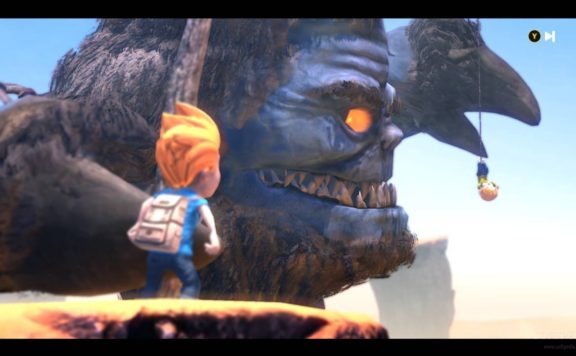 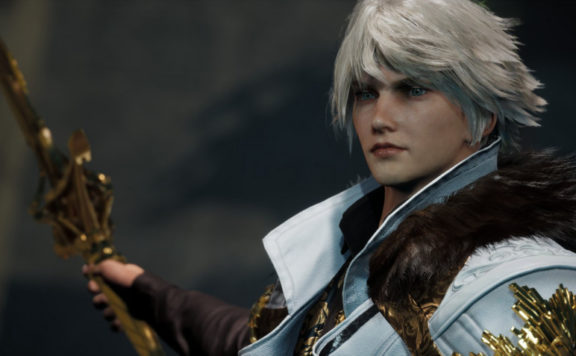 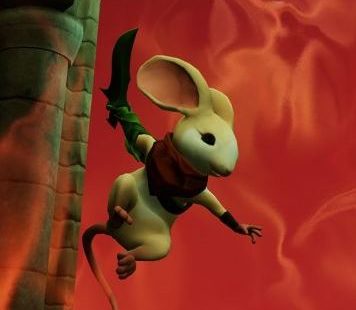 Meet Quill, a young mouse with dreams of greatness beyond the confines of her quiet forest settlement. One day while exploring the woods, she finds a mysterious Glass Relic and an ancient magic is awakened. Dramatic events quickly unfold as a distant evil extends its reach. With her uncle now in grave danger, Quill must embark on an epic journey—and she needs you there by her side. Together, you'll travel to forgotten realms, solve challenging puzzles, and battle menacing enemies. Alone, no one can conquer what you're up against. But united, you just may defeat even the darkest of villains. Immerse yourself in the world of Moss to help write the story of a hero in the making.
0
Average User Rating
0 votes
Have Your Say!
Your Rating: 0
Submit
Write A Review
Genre:action-adventure, Puzzle
Rating:Everyone
Developed By:Polyarc
Publisher:Polyarc
Modes:Single-player
VR:PSVR