I’m a huge fan of Norse Mythology. So when Niffelheim, a Survival RPG title with heavy Norse themes and settings, came across my desk I have to confess I was a bit intrigued. Developer Ellada Games presented a beautifully crafted 2D world with deep-rooted Norse setting that offered players an interesting take on the survival genre. After a week of farming mats, defending against hordes of the undead and looting dungeons and nearby locations, its time to put down the proverbial pickaxe and pick up the mighty keyboard. So grab that coffee, kick back and check out our review of Niffelheim by Ellada Games. 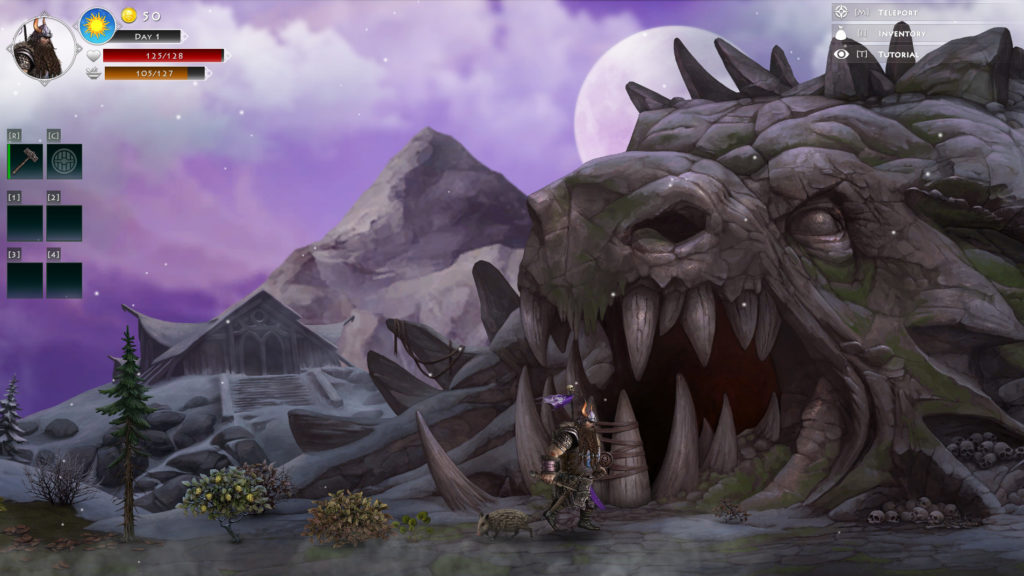 The game will see the player take on the role of one of several mighty warriors who has fallen in battle. Instead of arriving at the great halls of Valhalla the player instead finds themselves in the land of Niffelheim. In Norse mythology, Niffelheim literally means home of the mist. According to the five minutes worth of research I performed on the name, Niffelheim eventually became the home of Hel, the daughter of Loki, and her fallen subjects who did not die an honourable death.

Some of these themes carry over in Ellada Game’s title specifically in that you are trapped in this world. To escape you must build a gateway that will teleport you to Valhalla. In theory, this should be a fairly straight forward affair. However, the land is filled with the walking dead all bent on destroying you and your fortress. Working tirelessly players must explore the world, gather materials, defend against hordes of undead all the while building a portal to escape the cursed world of Niffelheim.

Conceptually this tics a lot of boxes. The world of Niffelheim is wonderfully designed. Even with this dreary colour palette and themes, Ellada Games has done a great job creating an interesting and eerie world for players to explore. Each area feels unique and creative with a mystery to unravel at every turn. Each character offers a unique way to play, with specific strengths and weakness allowing players to cater the way they play. The game offers several mechanics from base building to crafting that all offer some great time sinks and progression. 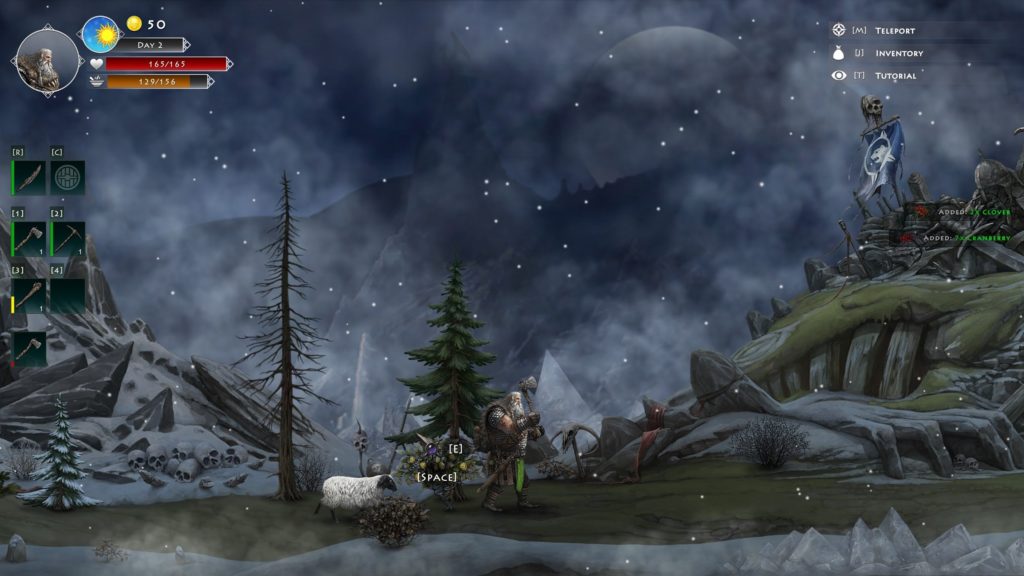 However, with all of the things going for Niffelheim the game struggles in a couple of key areas that really does diminish from the gameplay experience. Combat, for instance, suffers from a very basic, linear design. With no real actions aside from a basic attack and block, players are left with a race against health points, swinging frantically in an attempt to widdle down the enemies HP before their own reaches zero. Even with a ranged attack and shield option, combat never really feels dynamic or skill driven. It’s too bad as the opponents themselves are interesting and fitting for the game’s design.

Likewise, the games heavy reliance on farming materials for even the most basic of components translates into hours of grinding for materials, running back for new tools (as each item has a durability level) and then repeating step one. Unlike games like Terraria or even Minecraft, the progression in crafting in Niffelheim feels slow and arduous leaving players with an ever-growing sense of boredom. Even the random injection of hordes of undead that are set against your base too little to break up the feeling of grittiness that accompanies the title. 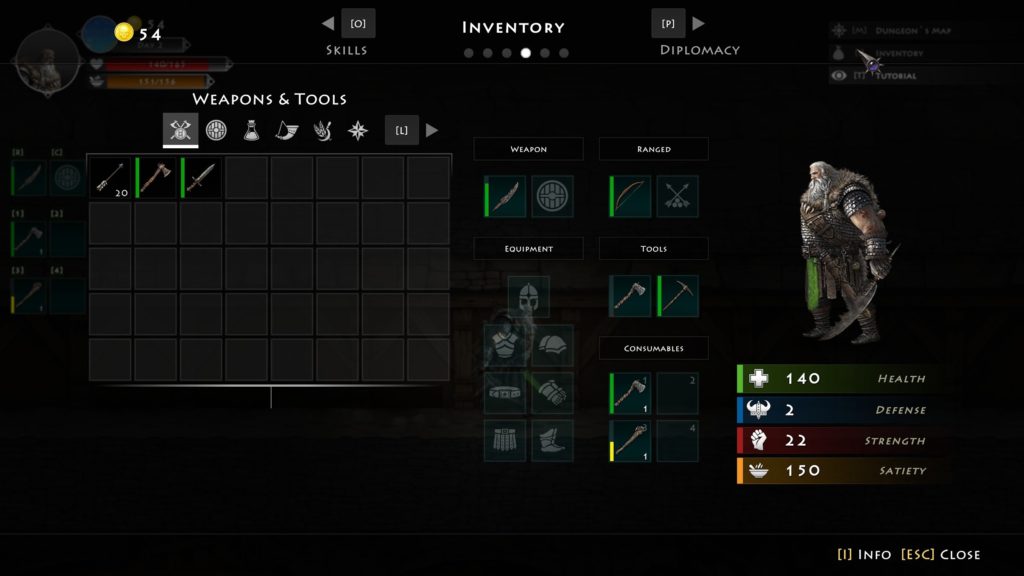 Tags: 2d, pc, side-scroller, steam, viking
Summary
Overall Niffelheim hits the mark in regards to setting, story and world building but misses terribly in play mechanics like combat and progression. It's a shame because in many the world begs to be explored and discovered. If you can stomach the grind then I do think there is some charm in this 2D side scroller RPG. However, for the average player, it's going to be tough to see base the deery combat and farming.
Good
Bad
6
Fair

I’m a huge fan of Norse Mythology. So when Niffelheim, a Survival RPG title with heavy Norse themes and settings, came across my desk I have to confess I was a bit intrigued. Developer Ellada Games presented a beautifully crafted 2D world w...
8
Average User Rating
2 votes
Have Your Say!
Your Rating: 0
Submit
Write A Review