These are the only words that I can think to describe the game that I am about to review for you. It’s called Baobabs Mausoleum Episode 1: Ovnifagos Don’t Eat Flamingos on Nintendo Switch and… I am at a loss for words. This doesn’t happen often. Be afraid.

Baobabs Mausoleum begins with a fantastic throwback to gaming days of yore with its 8(ish)-bit aesthetic and sound effects. In immediately opens with a bright green “03” in the top righthand corner of the screen – an homage to the days of changing your television’s channel to access your console or VCR. The gaff continues as each of its episodes are contained ON a VHS tape. When you begin the episode, it even starts with the tape tracking notification in the upper righthand corner of the screen. To heap on an even greater level of nostalgic immersion, there is an option to put a VCR filter on the screen.

In Baobabs Mausoleum, you play as Watracio Walpurgis – FBI agent and gentleman eggplant. Yes, you read that right: an eggplant, an anthropomorphic, vampiric eggplant. Suit, tie, and cigarette included. Agent W. finds himself driving along in his government issue convertible, talking on his carphone with HQ when he runs into a supernatural phenomenon: the town of Flamingo’s Creek, Population: 64. Rumored to only be accessible on the 11th of March every 25 years, Watracio Walpurgis finds himself stuck with a broken down car and broken phone to do what an FBI agent does: investigate. Yet there is one question on the townsfolk’s mind: who is resident number 64?

From here, I would say that the game takes on the elements of an old-school RPG like fetch quests and puzzle solving, but as soon as Baobabs Mausoleum lulls you into a sense of security, it lurches you out just as quickly. Here is what I mean: one moment, you are playing a top down RPG style game, the next moment its a side scrolling driving game. But it doesn’t stop there, at one point, you find a pair of 3D glasses and your are suddenly in a Wolfenstein-style 3D environment. Before you know it, there is a space chicken laying cosmic eggs. It’s just plain… weird. 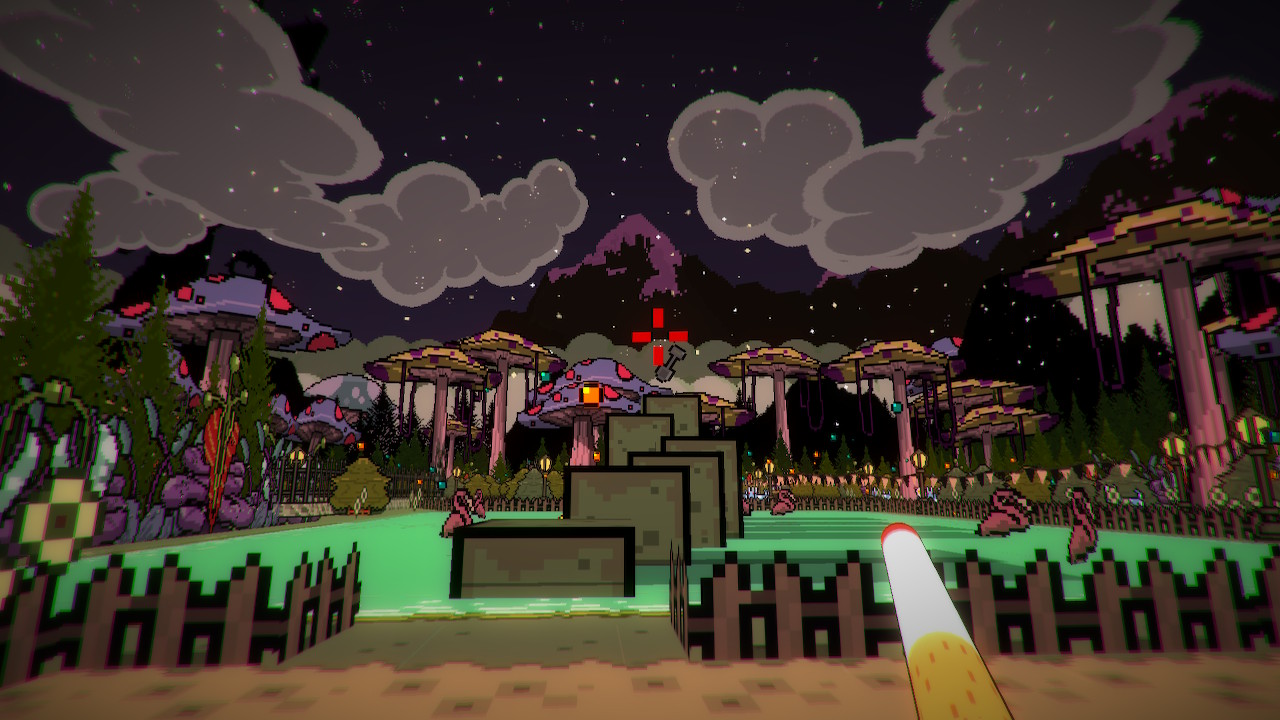 Yet, I find myself strangely intrigued by Baobabs Mausoleum.

This first episode played on classic game tropes while laying the groundwork for a wacky story with non-sequitur humor for days. Baobabs Mausoleum feels like a mix of old point-and-click adventures like Day of the Tentacle but with some Legend of Zelda and Earthbound thrown in for good measure. It is charming in its oddities, but not without its flaws.

Because Baobabs Mausoleum tries to lampoon a lot of different game genres, their functionality can be more frustrating than entertaining. In the 3D area, there is a jumping puzzle to get a shovel. Simple, right? The controls were so sensitive that I found myself on this “simple” puzzle for several minutes longer than it should have taken. Gameplay also suffered in the driving mini game. It is hard to tell whether this was a purposeful decision. In reality, classic games had terrible issues with control, object collision, and difficult to navigate menus. It would make sense from a design decision to keep it as classic as possible. 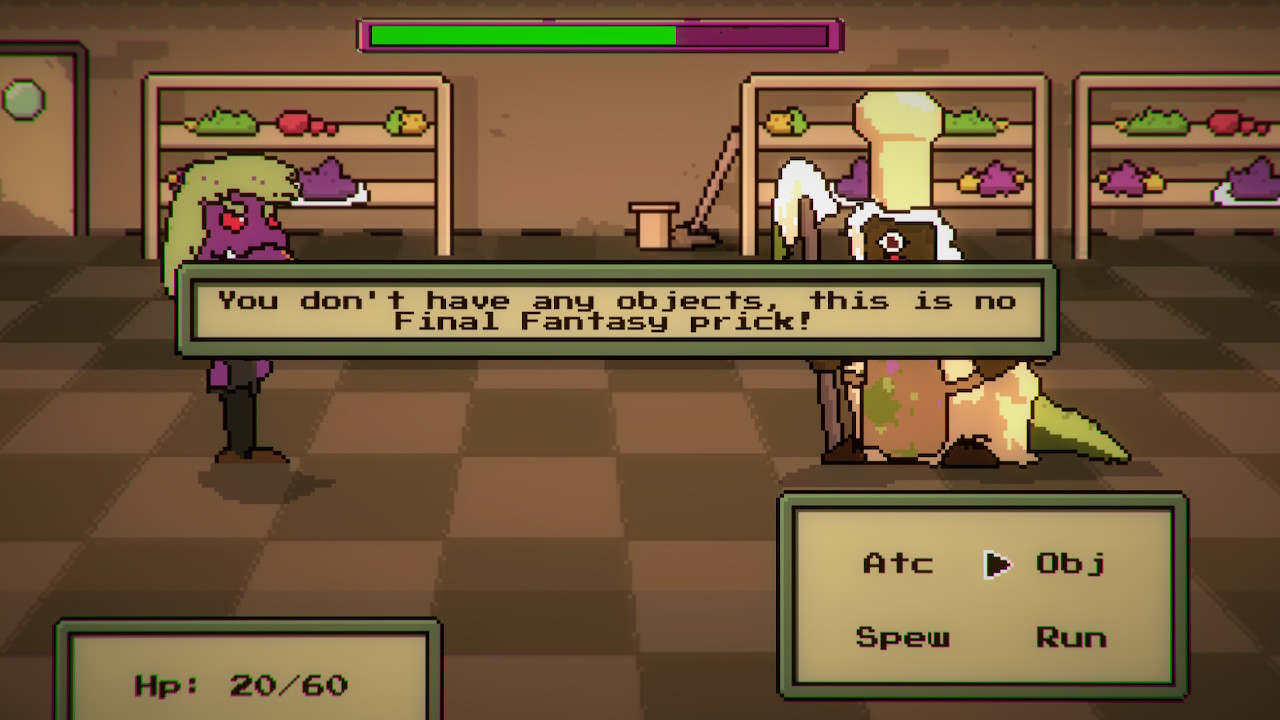 Tags: Baobabs Mausoleum, indie, switch
Summary
At the end of the day, Baobabs Mausoleum is an odd trip down memory lane. It contains elements of classic titles presented in a way that makes sense within the genre. It is currently $5.99 USD in the Nintendo eShop. If you are looking for a goofy couple of hours of gameplay, it is hard to find anything like it. Now if you will excuse me, I am going to take my temperature to make sure that this wasn’t all a hallucination.  Note: Our copy was reviewed on Nintendo Switch with a code provided by PR. COMPARE TO: Day of the Tentacle, The Legend of Zelda, Earthbound
Good
Bad
7.5
Good 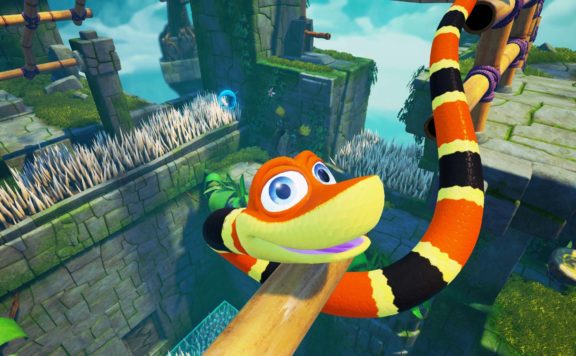 Fever dream.  These are the only words that I can think to describe the game that I am about to review for you. It’s called Baobabs Mausoleum Episode 1: Ovnifagos Don’t Eat Flamingos on Nintendo Switch and… I am at a loss for words. This...
0
Average User Rating
0 votes
Have Your Say!
Your Rating: 0
Submit
Write A Review