I will never forget my first horror movie: Evil Dead 2. I was about eleven years old and I watched it at my neighbor’s house late one summer evening. While it was campy and over the top even for its time, the walk home at 2 AM in the darkness of my rural, central Pennsylvania hometown was probably one of the more unnerving experiences of my childhood. While I am not sure that that movie would be considered anything more than a dip of the toes over the line of the Splatterpunk genre borne out of the 1980s, our game in review today follows in the tradition of violent blood-splosions, meaty gore, and interlaced films. This is our review of Garage: Bad Trip on Steam.

Garage: Bad Trip is an unabashed throwback to a genre with zero cares to be given for self-censorship or temperance. Throwing limits aside, it embraces the brutal and macabre to tell a story about Butch – a washed up ex-drug dealer at the beginning of a very, very bad day. Starting the game in the trunk of a car, you only escape because the car crashed. 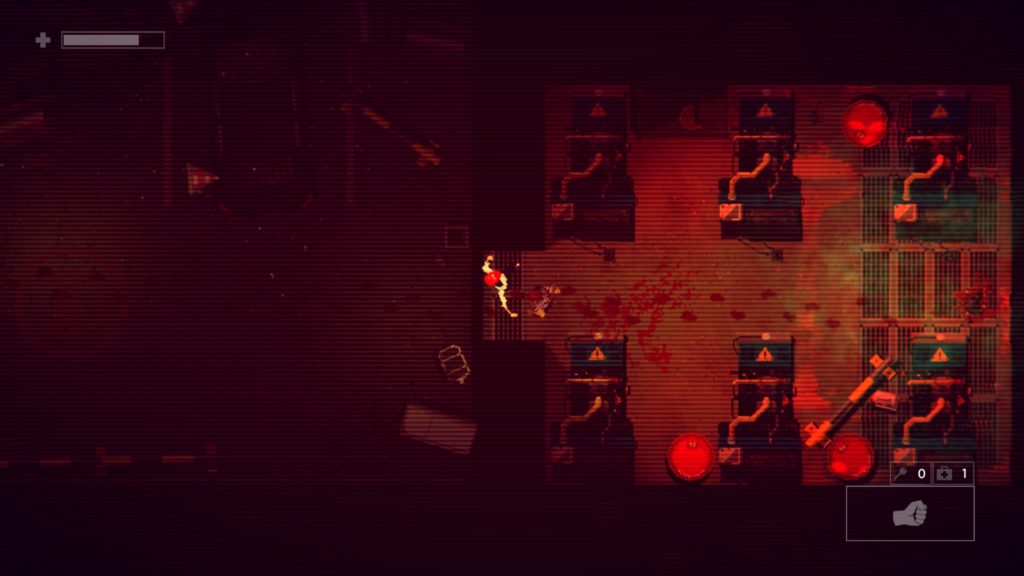 After experiencing some short-term memory loss due to the trauma, you start to piece together that Butch was obviously on the outs with someone or a large group of someones, but there was more at play than a drug deal gone wrong. A nearby shopping center had been bombed and if that wasn’t bad enough, the survivors began to mutate into frothing, flesh-hungry zombies. As you work your way through the wreckage, you discover a war between corporations, grotesque genetic modifications set loose into the wild, and a mysterious woman code-named Anaconda wrapped up in the mess.

In light of all of this, Butch does what any 80s action hero would do: he grabs the nearest boomstick and throws out a couple one-liners. This dude is here (against his will) to kick rear and chew bubblegum… and he’s all out of gum. Which is good, because there are plenty of B-movie inspired mutants, zombies, as well as an army of corporate soldiers to fight in an effort to save the girl and win the day.

To further cement it a period piece, there is a VHS-style overlay which occasionally moment that takes the picture out of tracking (if you’re old enough to remember what THAT is!) and mimics the interlaced screens of CRT TVs of old for most of the game. Developer Zombie Dynamics did not, however, carry this over into the dialogue overlays. It seems like an odd design choice when the rest of the game is meant to evoke a classic game vibe. 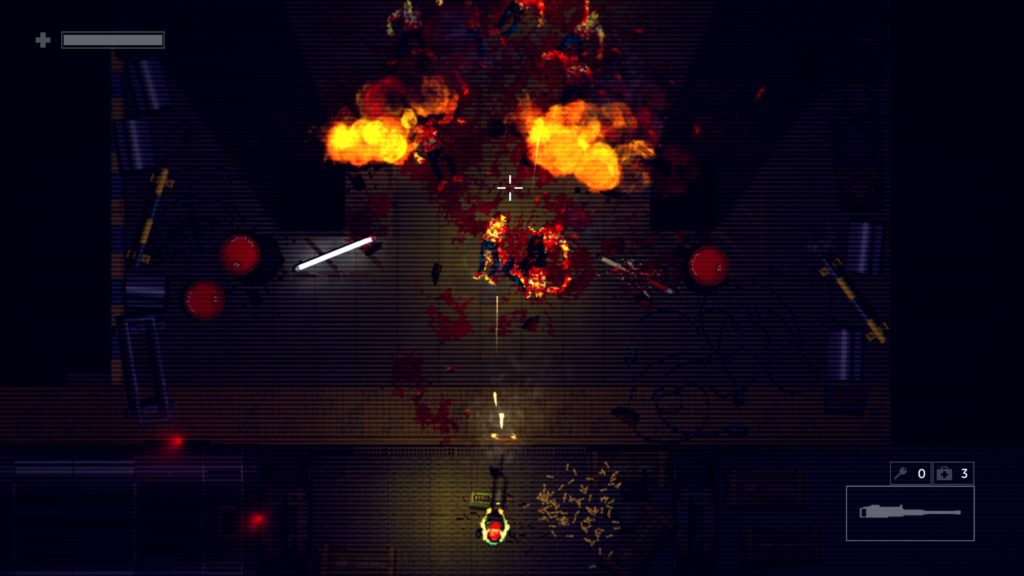 Mechanically, Garage: Bad Trip is a top-down twin stick shooter with a 16(ish)-bit graphics style. That controls are fairly tight with the precision aiming necessary for a good twin stick shooter. While you can have one weapon equipped at a time (and a good variety at that), you always have access to the ability to kick. So, no more wasting time opening pesky doors… because Chuck Norris would kick them open to traverse this mess!

Outside of aiming controls and a wheel-based inventory system, you have the ability to dodge roll and stock up to three health packs for later use. Don’t get too hasty with your dodge roll, Butch is human and not terribly acrobatic. Too many dodge rolls get the old ticker going faster, too fast at times. Be strategic with it and this won’t be a problem. Besides, you don’t know where that dirt has been.

Garage: Bad Trip does what a good horror game should do: it creates suspense and jump scares, making every new door opened a surprise. It could just be a room with a vending machine or it could be the face-eating welcome wagon. Either way, someone is getting a snack. 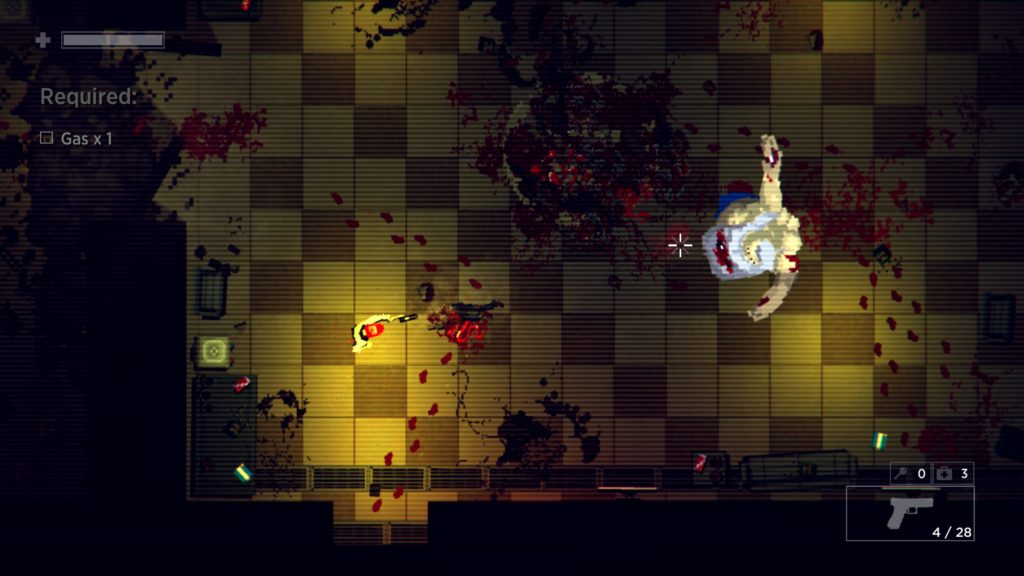 Unfortunately, in my playtest, I had issues with lighting triggers in almost every room. In my understanding, what is supposed to happen upon opening a room is that light floods into it from the room that you are in to illuminate what would naturally be lit when opening the door of a lighted room into one that is not. Sadly, this wasn’t the case for me. This made gameplay exceptionally frustrating and stuck memorizing enemy placement in hopes of dispatching them before they offed me. While I can appreciate the notion of not knowing what would be in the next room from a gameplay mechanic standpoint, shoring up this issue will help improve the playability.

Tags: horror games, indie, twin stick shooter, zombies
Summary
Garage: Bad Trip is every 1980s action horror flick power fantasy wrapped up in a bloody retroware wrapper. It tries to balance it’s graphic gore with classic tropes and it’s suspense with moments of the ridiculous, but leans heavily into its Splatterpunk influences. While its controls are tight for a twin stick shooter, Garage: Bad Trip has some mechanical bugs which diminish the overall experience.
Good
Bad
6
Fair 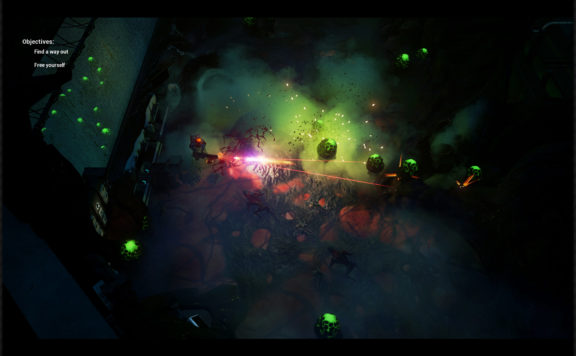 Solstice Chronicles M.I.A. – One Hour with the twin-stick shooter
March 23, 2017 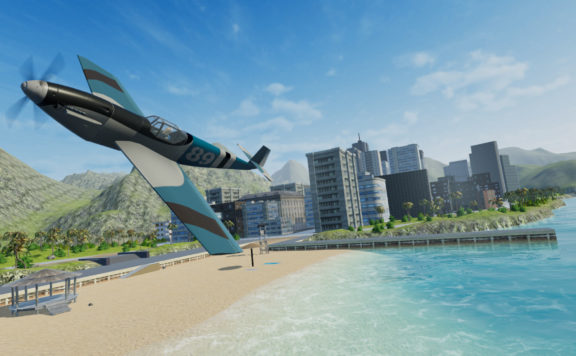 I will never forget my first horror movie: Evil Dead 2. I was about eleven years old and I watched it at my neighbor’s house late one summer evening. While it was campy and over the top even for its time, the walk home at 2 AM in the darkne...
0
Average User Rating
0 votes
Have Your Say!
Your Rating: 0
Submit
Write A Review