ECHO, a game from upstart studio Ultra Ultra (many of the minds behind the Hitman series), is something of an experiment in building a game around an AI that learns, resets, and relearns what you as the player teach it. As the heroine Em, aided by the snarky computer London, you dive deep into a massive world called the Palace to uncover a mystery about the frailty of life and the possibility to create it and resurrect it as well. It’s heady stuff, and for the most part, the game lives up to the ideas it sets forth. This is our ECHO review.

Controls and action are pretty simplistic. Em is on a voyage, after losing someone important to her, and without spoiling too much (as the mystery of the story is one of the best parts of Echo), you’re on a voyage to try and save the man you lost and uncover the mystery of the Palace (the setting). Foremost, ECHO is a stealth game. It’s not an “optional” stealth game where you can just shoot everything. You can indeed spend most of it going haywire, running like a nutter, but with limited ammo, it’s only a matter of time before the enemies catch you and send you back to the last checkpoint. 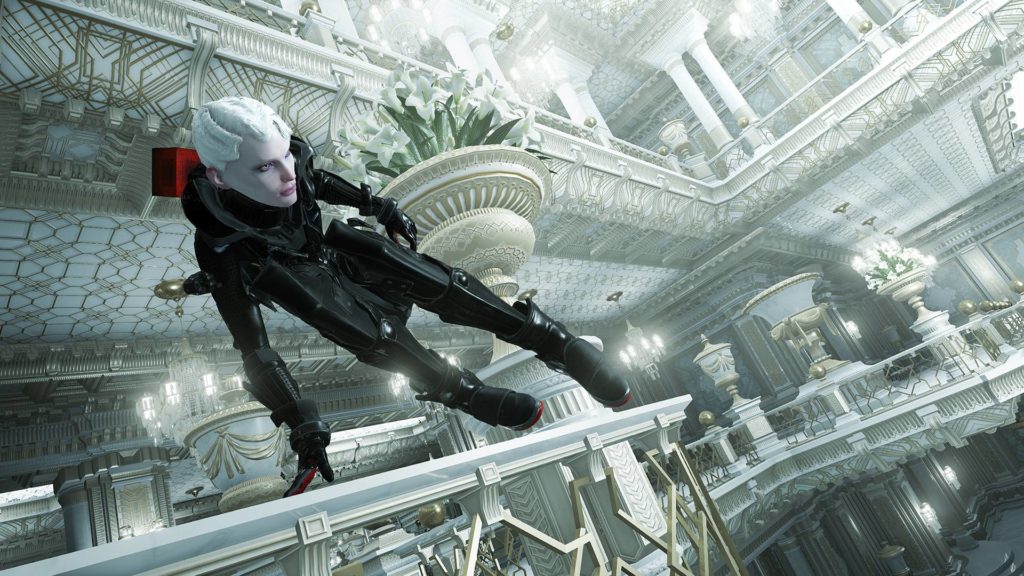 And who are the enemy? You, of course. Early in the game, Em triggers a technology that makes clones of her throughout the entire Palace. Only, they’re the Palace’s defense system too, and they’re hellbent on killing you. But they’re also stupid and learn only from what you’re doing. A good early example of the kind of AI you’re up against is a room in the beginning of the game where the Echos of Em can’t walk in the water. Every so often the Palace goes black and “resets” the AI. When the lights come back on, they’ve learned from what you did before the reset. So if you walked in the water, they can walk in the water now too. And this makes their ability to reach you and strangle you to death heightened.

The whole game is built around stealth and thinking about ways to approach sections like this. And as far as that idea goes, it’s brilliant. The problem with ECHO is that it’s extremely slow to get started, and the idea of Echoes learning from you is laid out slowly too. So it’s easy to get frustrated and want to quit from boredom or difficulty. It wasn’t until I read the overall description of the game on Steam that I realized I had total control over the way the enemy came at me. 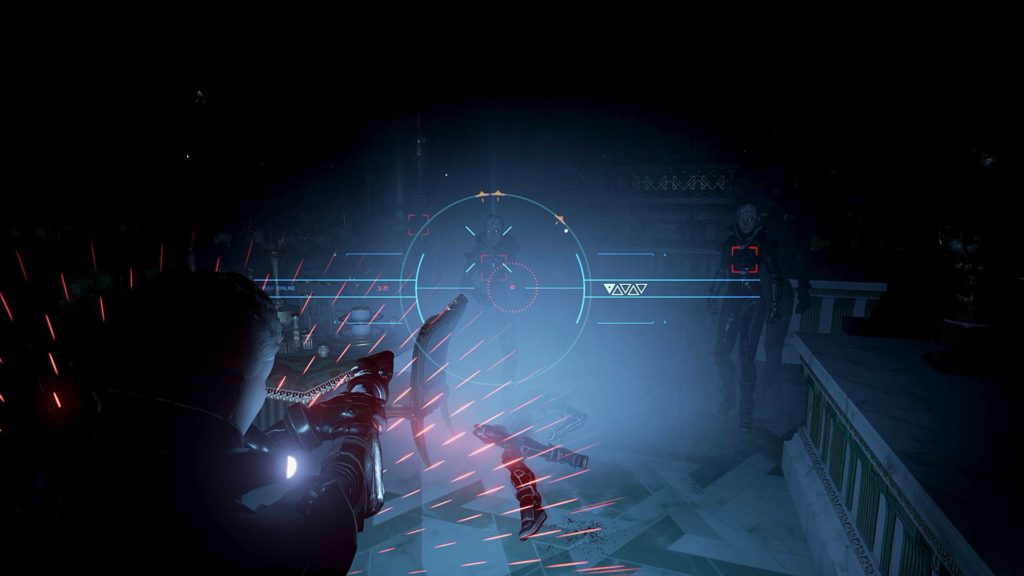 It’s worth noting that the tenseness of ECHO cannot be overstated. It’s one heck of a creepy, and mysterious game. When you first set off the defense system and the Echoes are being “born”, it’s on par with some of the best sci-fi horror I’ve seen. The puzzles are good, if simplistic, and the story is one that sticks with you. But despite its lavish setting, it’s clear that ECHO was built with a small team. The repeated scenery, the fact that all enemies are just you. The budget didn’t go into the art, it went into the actors. That’s not a bad thing, but it’s a little obvious.

And while the story and mystery carry you through the game, the gameplay scenarios can be a little repetitive.  ECHO is a short-ish game though, clocking in around 8-10 hours, so it doesn’t quite overstay its welcome. It’s a slow burn, but when it gets going it doesn’t really let go. If you’re keen on tense stealth games, with a good sci-fi story, then look no further. ECHO is destined to be a cult hit like the movie Event Horizon, and that’s no small praise from me.

After a century in stasis, the girl En arrives at her destination: A Palace out of legend. Out here, using forgotten technologies, she hopes to bring back a life that shouldn’t have been lost. But nothing could prepare her for what she’ll face in the ancient halls below. In ECHO everything has consequence: As you try to wield its magical technologies it becomes apparent that the Palace has a will of its own… It creates “Echoes” – exact copies of you in every way – that behave like you and only do the things you do. So the way you play the game shapes your enemy. If you sprint, soon the Echoes will get faster. If you sneak, they will get stealthier. If you shoot, they will learn to shoot back. The game constantly reacts to your every choice and input.
0
Average User Rating
0 votes
Have Your Say!
Your Rating: 0
Submit
Write A Review
Genre:Action
Rating:Mature
Developed By:ULTRA ULTRA
Publisher:ULTRA ULTRA
Modes:Single-player