The Switch is proving to be the place to get some of the best indie games in the world, and that is true once again in the case of Thomas Brush’s Pinstripe – out today on the Nintendo console for a mere $14.99. Pinstripe is the tale of a disgraced clergyman whose only care in the world, his daughter Bo, is taken from him by the titular evil character into the depths of hell. It’s a side-scrolling, intelligent puzzle adventure that will both creep you out and tug at your heartstrings (and make you laugh plenty if you’ve got a dark side).

The tale of Ted’s journey into hell after leaving his flock in disgrace is not the place you’d expect to find so much humor. It’s dark, macabre, and if you’re a fan of Tim Burton or the poet Edward Gorey, you’re in for a real treat. Thomas Brush’s dark tale of redemption and sacrifice isn’t overly serious – it’s often funny, heartwarming, and can be downright chilling at times. The side-scrolling platforming puzzler isn’t necessarily hard, as most puzzles seem to present their solutions rather easily.

That said, if there’s any real problem with Pinstripe, it would be its middle-section where the pacing slows a bit as you need to do a lot of walking back across the game’s map to collect a currency to progress the game. It’s obviously meant to be a Zelda-like moment, going back to do stuff you couldn’t earlier, but ends up feeling like it’s artificially dragging the playtime on and could have been fine without this step.

This can be forgiven though, because Pinstripe is the work of one man, and from start to finish, the story and aesthetics of the world and characters is absolutely gripping, poignant, and cautionary.  While the platforming may never prove much of a challenge and the puzzles may seem relatively straightforward, the work of a father to retrieve his daughter from the vile Pinstripe is something that pulls it all together. 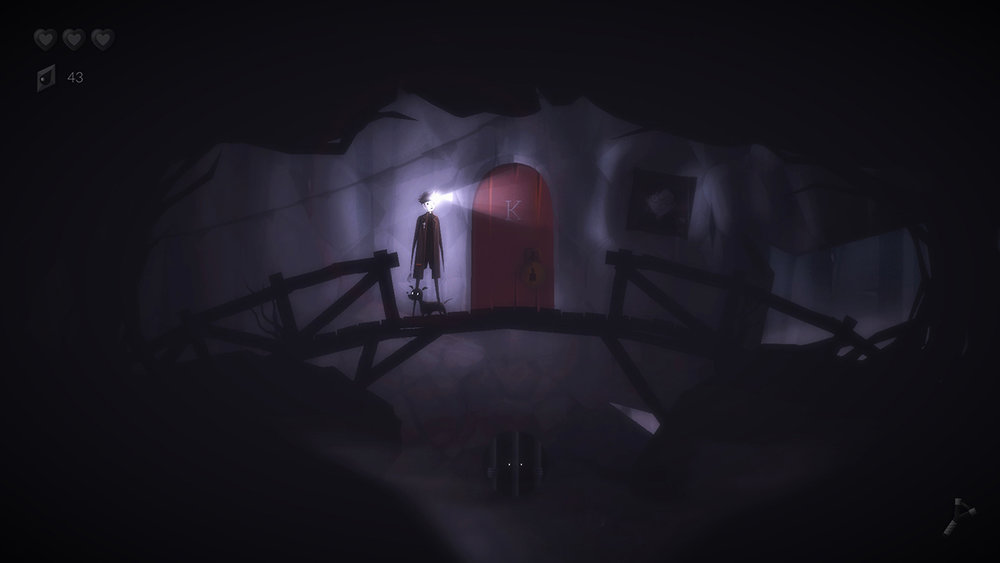 Pinstripe isn’t a long game either – a few hours at most – and comes with a New Game Plus option that makes sense once you’ve played through the thing your first time. The story wants to be finished, and any artificial mid-game padding is forgiven because of how well designed Brush’s version of hell is, and how interesting each of the moving parts become as you play. This is one indie that feels worth every penny, knowing that one man put his heart and soul into this bleak affair.

Tags: nintendo switch, Pinstripe, review
Summary
Pinstripe was an excellent game when it launched earlier this year on other consoles, and remains an excellent adventure here on the Nintendo Switch. A tale of a man at the end of his life, his rope, and his wits trying to save the only thing he holds dear is not one you'd expect to be so funny, so spooky, and so gripping. The animated aesthetic, solid voice acting, and gameplay that focuses more on story and less on tropes is perfect for anyone looking for a treat this Halloween season.
Good
Bad
8.2
Great

The Switch is proving to be the place to get some of the best indie games in the world, and that is true once again in the case of Thomas Brush's Pinstripe - out today on the Nintendo console for a mere $14.99. Pinstripe is the tale of a di...
0
Average User Rating
0 votes
Have Your Say!
Your Rating: 0
Submit
Write A Review