As my team broke its huddle, we lined up in a single back set, with two wide receivers on opposite sides of me. I hiked the ball and set the play we called in motion. Seeing a receiver open to my left downfield, I threw the ball, squeezing it in through double coverage. We rushed to the line and the very next play a cutscene began to play. Instead of playing Madden normally, the game decided to take the ball out of my hands and have me play a QuickTime event mini-game instead, completely throwing off any rhythm I built over that time. Madden NFL 18 is a game that seeks to do a lot, yet struggles to do it well enough to make this version of Madden anything more than simply iterative. This is our Madden NFL 18 Review.

Madden NFL 18 is the latest entry in the long running football series by Electronic Arts, and while most Madden’s don’t really do much more than simply improve a few mechanics here or there, Madden 18 seeks to do much more than before. It still has all the regular modes you’d expect from a Madden game, such as franchise mode, ultimate team, exhibition, and so on. However, Madden 18 brings with it some new additions, such as MUT squads and the new story mode, Longshot.

The largest draw with Madden 18 will invariably be the new Longshot mode. With many of the top sports games on the market now offering campaign-style story mode, Madden is joining the fray this year. In Longshot, you take the role of Devin Wade, once a highly recruited and sought after college quarterback who hit on some rough times and is now trying to make his way back into the eyes of NFL scouts. Longshot will likely be hit or miss with Madden players, depending on how they take to the mode, especially in its presentation. Longshot plays out like a mixture of Friday Night Lights and a Telltale adventure, and in some ways, this works. You interact with the characters via cutscenes and every conversation choice you make has bearing on the outcome.

Madden 18 makes use of EA’s Frostbite engine – and while it does look a step above the quality we saw with their Ignite-engine since the launch of the new consoles, Frostbite looks considerably muted and compromised in Madden 18 – especially in Longshot. Cutscenes look stiff and freeze momentarily before switching to the next shot in the scene, the animations in Longshot look clunky and unnatural, and the overall visual quality leaves a lot to be desired. This is especially concerning when we’ve seen what Frostbite can do with the likes of Battlefield 1, Mirror’s Edge and Dragon Age: Inquisition. During gameplay, however, the move to Frostbite is incredibly apparent – stadium look so much more realistic and the animations on the feel look more fluid than ever. The switch has messed with some of the timing if you’re coming from Madden 17 – the characters feel like they have more realistic weight behind each movement, so it’s a bit harder to simply chuck the ball up in the air and hope for the best.

Of course, since this a story about a football journey, you’d expect there to be plenty of football action. On the contrary – a lot of your time is spent in cutscenes, choosing a reply to something, or doing Madden’s new Target Passing instead of actually just passing the ball to the receiver (much like what’s in my opening paragraph).

Target passing works on paper, but I can’t help but hope that this mechanic goes the way of passer vision of Maddens past. You enter Target passing by pulling L2 (or left trigger on Xbox). An icon appears where you want to throw the ball and you need to move your stick to hit that icon, all the while standing immobilized in the pocket. If you’re lucky enough to reach your target, you still have to press the correct button before your Target Passing time goes out. If you do it well, it’s great. Longshot adds these sequences in throughout the story – sometimes coming in the middle of the few games it has you play. In those instances, they definitely work, though I would have preferred not having them there. However, in a real game, at game speed, it’s just a whole lot easier to sling the ball around the field, Brett Favre-style.

MUT Squads are another addition to the game, giving you and your friends the ability to play on the same team, each controlling a player and a part of the play calling –  one even acting as the head-coach. This is another practice that seems nice in theory, and if you have some friends who own the game and you communicate well with, it could be incredibly engaging. However, more often than not, if you don’t have a dedicated group to squad up with, communication issues lead to frustration when someone runs the wrong route, the timing is off and so on. More often than not, when I was playing MUT Squads since the game’s G.O.A.T. launched, I’ve found it incredibly hard to get a good groove together with people I don’t know and really don’t communicate well.

MUT Squads are only available online as well, meaning anyone who is unwilling to pay for console online gameplay can’t exactly enjoy one of the new features to grace this year’s Madden. The 3-on-3 mode really should have been made available offline as well, so you could sit on a couch and play with your favorite team with a friend instead, and have the online component as an option as well. Especially with the randomness of how you’re matched up in MUT Squads, it would be a welcome option indeed.

There are also microtransactions in the game to help you along your Ultimate Team path if you choose to go that route. In fact, everything in the game, outside of Franchise Mode, feels like it’s geared towards funneling you into spending real money when the grind gets to be too much in the game. Even Draft Champions, a great mode brought with Madden 16, has been taken over by Madden Ultimate Team (now called MUT Draft), and that mode is locked behind a level wall in MUT you must unlock.

Microtransactions have simply no place in a fully priced triple-A game, to begin with, but Madden 18 feels like the worst offender in years since practically everything including the Skill Trainer mode feed you MUT Squad rewards. Madden 18 feels like every decision in the game outside of Franchise mode is designed to make you play MUT so the game can continually tempt you to spend real money on top of the hard-earned cash you’ve already shelled out. The whole time I played the game and realized this, it just left me with a gross feeling about it all – and makes me wonder about the future of the franchise moving forward at this point.

Altogether though, Madden NFL 18 is still Madden – which is very good indeed. It still feels great to play a hard fought game against the computer, only eke one out in the fourth quarter on a game winning drive. Franchise mode is still fun for those of us whose team never wins the Super Bowl and are resigned to see the Lombardi hoisted by Arizona within the confines of my Franchise playthrough. If you finish Longshot you can even continue Devin’s journey where he was drafted, which is a nice touch. Online servers thus far, though, have been hit or miss on the PlayStation 4 side. Sometimes I’m lucky to be placed in a match, and then luckier still to not have my connection drop. Other times I’m spinning my wheels, trying to connect to the other player.

Madden NFL 18 isn’t the giant leap of the series, but I’m not entirely sure anyone really expects it to be. It is noticeably different than its predecessor, namely because of the Longshot mode. And while I didn’t walk away from the Longshot story a huge fan – it’s definitely worth a shot if you’re looking for something different in your Madden experience. However, if you just wanted more of the same, this isn’t necessarily a bad year to skip the game and save your money. That’s not to say the game is bad – it’s not. However, I’m not sure it does enough differently than it’s predecessor – and the things it does differently I’m not sure they do them well enough – to warrant a purchase day one. 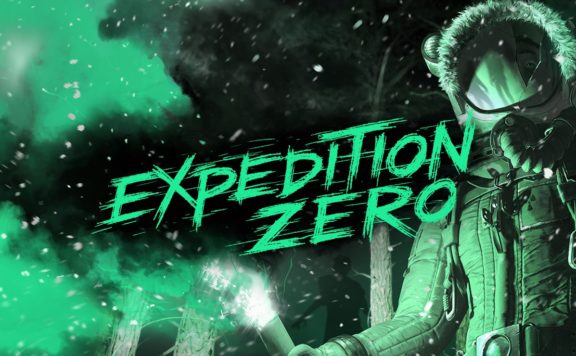 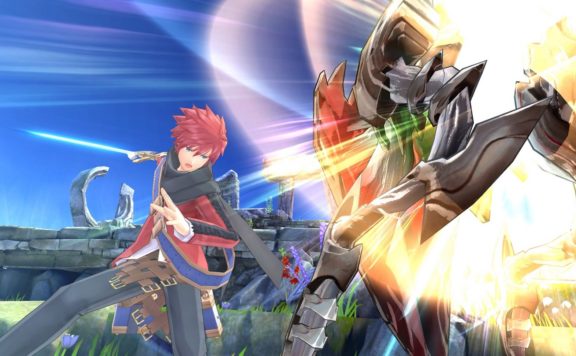 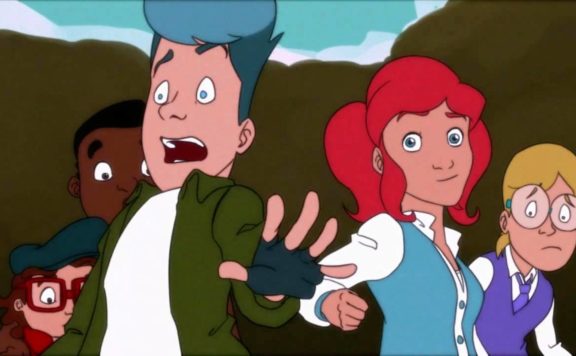 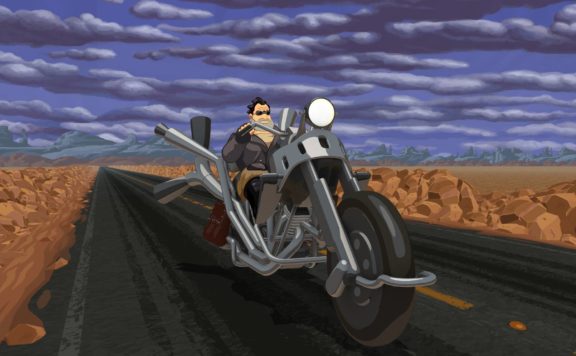 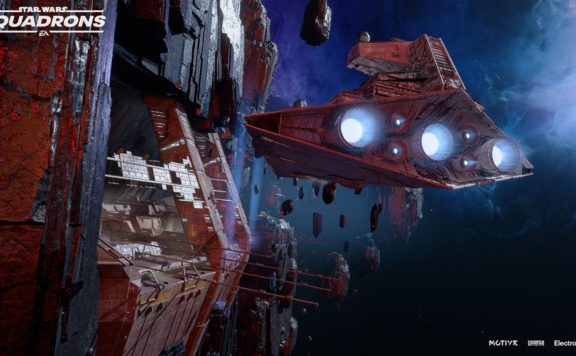 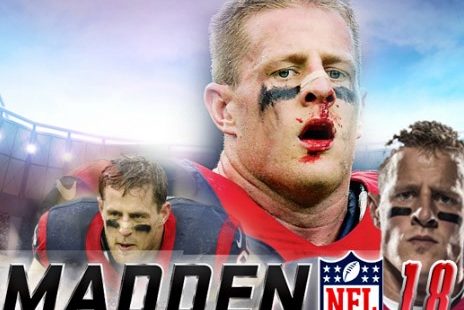 Madden NFL 18 is an American football sports simulator developed and published by Electronic Arts for PS4 and Xbox One. The game introduces a story mode known as The Longshot. It follows a quarterback from Mathis Texas known as Devin Wade, Players follow him on his journey to reach the NFL, through high school and college games as well as the NFL Scouting Combine. The game uses Frostbite engine.
0
Average User Rating
0 votes
Have Your Say!
Your Rating: 0
Submit
Write A Review
Genre:simulator, Sports
Developed By:Electronic Arts
Publisher:Electronic Arts
Modes:Multiplayer, Single-player
Series:Madden
Engine:Frostbite