Forty years is an incredibly long lifetime for a franchise to remain center stage in the consciousness of a culture. There are few series in Science Fiction that have captured the imaginations of so many the way that Star Wars has. Whether you were introduced to the series by a parent or saw the original trilogy in the theaters, we all have a Star Wars story. It is that moment which captured our collective imaginations, making us wonder how we would handle a lightsaber (and what color it would be) if the Force really was strong with us, or what it would be like to fly the Millennium Falcon. It is upon this fantasy that Star Wars Battlefront II is built. This is our Star Wars Battlefront 2 review.

In this review, we are going to consider some big questions to find out whether or not Star Wars Battlefront II delivers on that promise. Strap yourself in, because we have a lot of ground to cover.

Star Wars Battlefront II is a massive undertaking by EA DICE and Criterion that spans all forty years of the Star Wars cinematic catalog featuring 16 locations, five multiplayer game types, a single player campaign, Arcade mode, and a roster of 14 heroes and villains at launch. These details are not even taking into account EA’s plans to include a faction rally with week-specific events as well as the expansion of the roster and locations alongside the release of The Last Jedi (More details here).  It would be an understatement to suggest that this game is huge. With that in mind, let’s start dismantling it piece by piece. 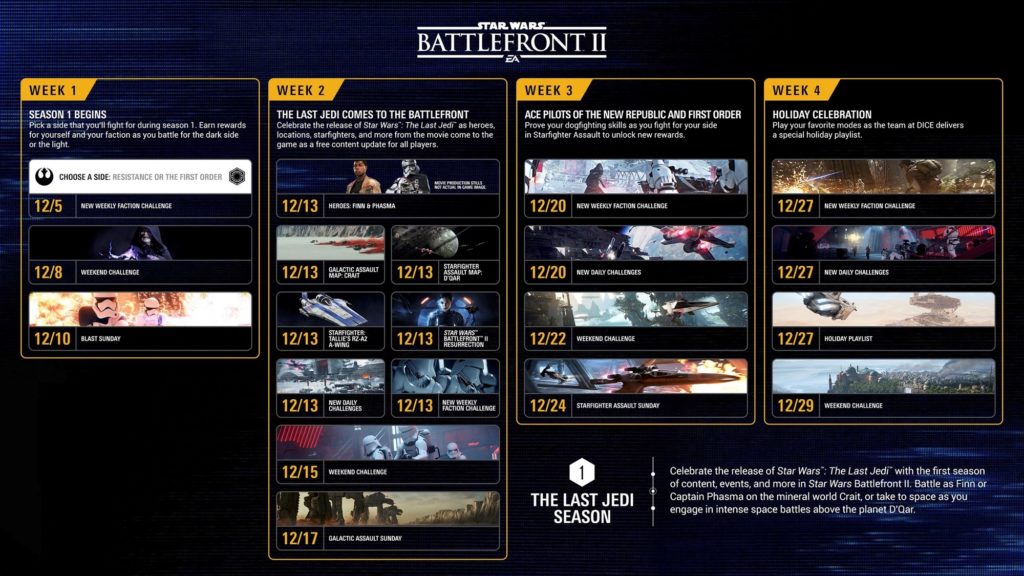 Without spoiling the story, the campaign for Star Wars Battlefront II follows Iden Versio, Captian of the Inferno Squad – a special forces unit under the direction of the Galactic Empire. Iden grew up as the daughter of an Imperial admiral, receiving special education and training to serve at the will of the Emperor.

She is good at her job and her Inferno Squad has a reputation among the Empire and Rebellion alike. But underneath the shadow of an exploding Death Star II, Iden Versio is met with the ultimate question: After a lifetime of service in the unshakable Empire, what happens next? Is there a future for her (outside of being a war criminal) if the Rebellion wins?

Across a series of thirteen missions, you follow her quest for answers. Throughout this journey, you cross paths with several iconic characters from the Star Wars franchise. From a timeframe standpoint, it falls directly after the events of Return of the Jedi, leading up and connecting to events within The Force Awakens. While the campaign feels rather short, I find myself anticipating the release of the next chapter in this story (which will be Free DLC in December). It feels like a Star Wars story in the vein of Rogue One with gameplay that reminded me of the Jedi Outcast and Dark Forces series. 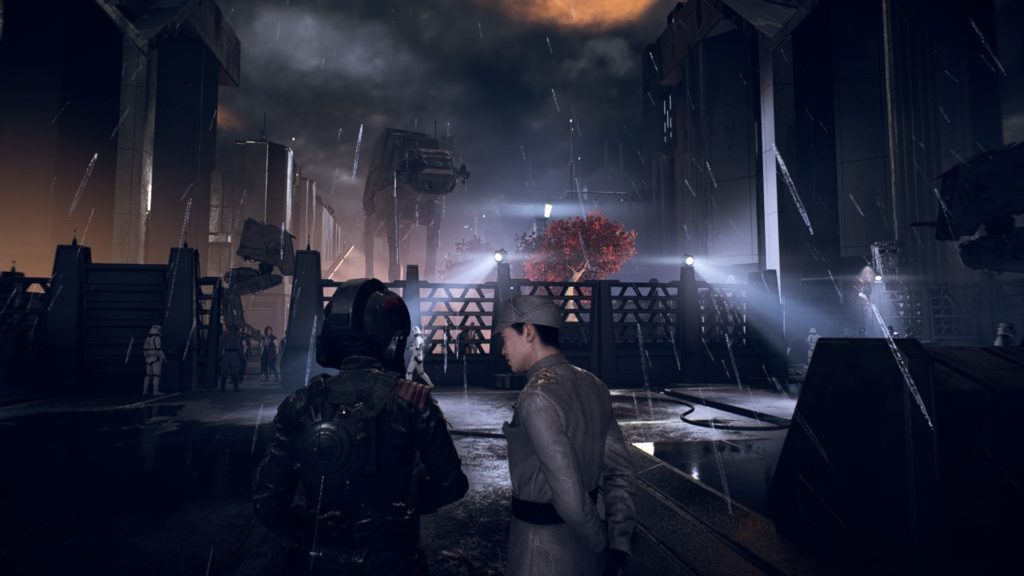 Outside of developing a new story, the campaign serves as a tutorial of sorts to help players learn how to play as certain hero units and how abilities work. As you play the campaign, you unlock Star Cards and receive Credits which can be spent on loot crates. (More on those later.)

Star Wars Battlefront II’s Arcade offers players a way to hone their gameplay skills. Within this mode, there are Single Player, Versus, and Co-op options. Within the Single Player mode, there is a tutorial mission which lays out the basics of the game mechanics. This is further developed in Battle Scenarios’ 48 missions – 24 Light Side, 24 Dark Side – that allow you to play as heroes or villains.

A refreshing option within the Arcade Mode is to play the Battle Scenarios in a couch co-op setting. This is a feature that has been sorely missing from several current titles, but is a welcome addition here. Unfortunately, the Arcade does not offer all of the gameplay modes that are available through multiplayer.

How Does Star Wars Battlefront II Function in the MMO space?

We covered several details about the multiplayer aspects of Star Wars Battlefront II in our coverage of the Multiplayer Preview event on both MMORPG.com and GameSpace.com, but this is a question worth asking here in this review.

Star Wars Battlefront II is not an MMO in the traditional sense, but it does borrow aspects of group dynamics, class specifications, and progression from the genre. Each Trooper type and Hero has their own sets of strengths and weaknesses, alongside weapon load outs which can benefit their group. While you can play solo, you earn better bonuses and are more likely to survive if you play with your group. 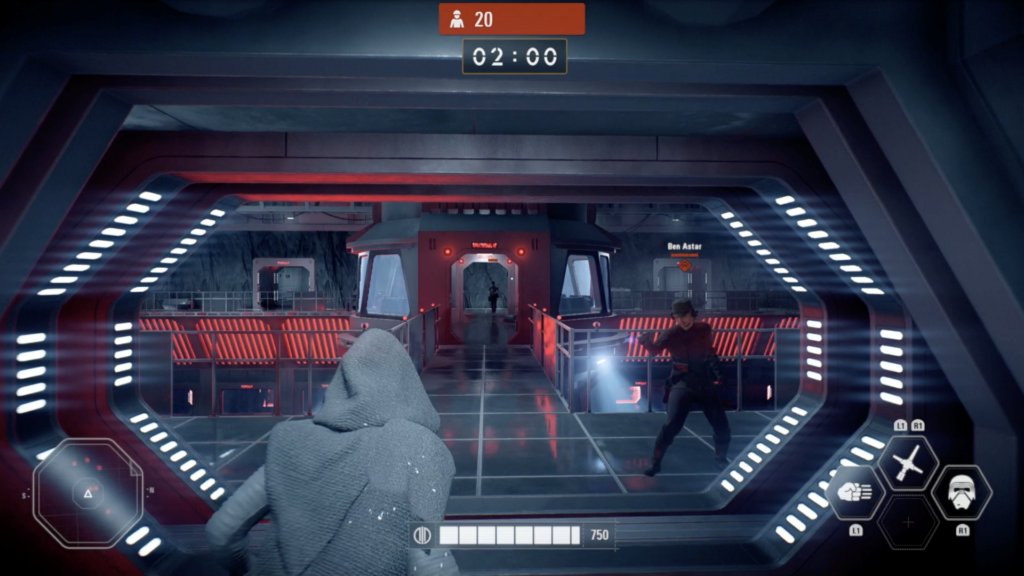 From a “massively” standpoint, the most massive Star Wars Battlefront II gets is forty players in the twenty-versus-twenty Galactic Assault mode. These are pretty sprawling maps with multiple layers of objectives for both sides. There are some maps that this gameplay type works better than others, but they certainly fulfill the goal of producing a Star Wars fantasy in their epic scale.

Let’s not forget about progression. As you play specific classes, you gain experience with that class, unlocking extra slots for Star Cards. Ultimately, this system will allow you to tailor your class to your play style.

Shooting for the Stars…the Star Cards that is:

Ok, I have avoided this topic in two prior articles now, so let’s talk about it. Where do I begin…

I am a big fan of customization and putting agency of how to play the game in the hands of the player. These are good things. I am okay with those customizations even being locked behind a crafting wall or randomized in earned loot boxes. What I am not a big fan of is the notion that these mechanics are accessible through financial transactions. Here is why…

Right now, I have a handful of people who are waiting on reviews like this one to determine whether or not this is the right game to dive into. For some, it is their first major title. Some of them are kids who love Star Wars and have been saving up to spend their hard earned money on a console just for this game. It feels a little dishonest to not question a system that has the possibility of rewarding a player for spending money. But, this could also be a good life lesson: sometimes things aren’t fair and there are circumstances that, while the opportunity is equal (I can spend money), it doesn’t always mean that there is equity in the outcome (I spent money, therefore I win). 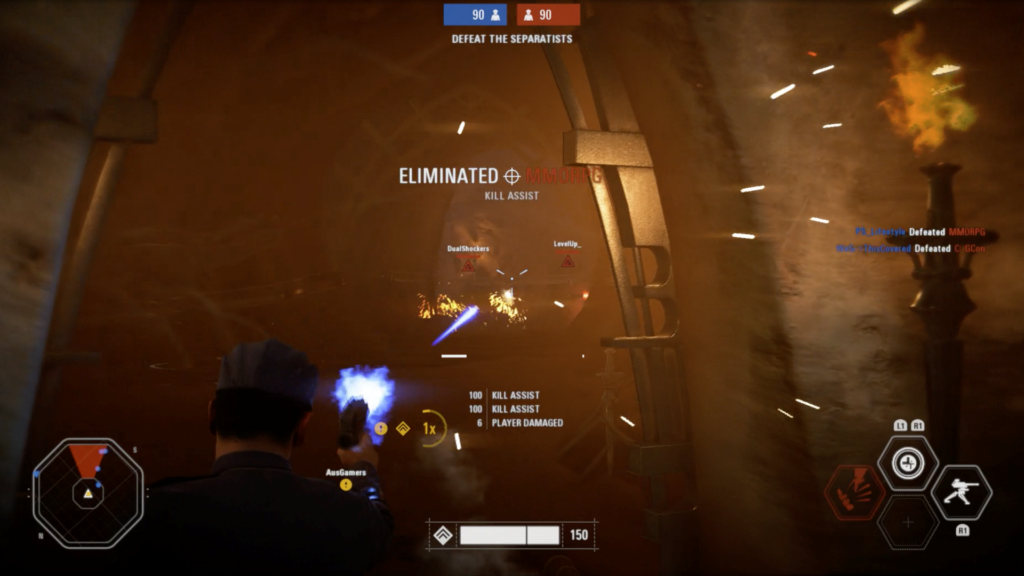 Now, to be fair, there are two considerations that I would be remiss in not sharing. EA has stated that Epic quality items cannot be obtained through loot boxes, but they have to be crafted later on. The other consideration is that you do gain a fair amount of Star Cards and Credits through playing the campaign.

All in all, it’s a system that offers some great options for customization. I hope EA keeps an eye on it to make sure that players don’t need to spend money in order to compete.

From a single player perspective, the campaign mode drew me in with characters that I genuinely want to know more about. I will be eager to see how Iden Versio’s story is developed from where it left off. The Arcade offers the freedom of local play but feels a bit limited without access to the main multiplayer modes.

So, does Star Wars Battlefront II fulfill the Star Wars fantasy? I believe it does, but it’s a very Empire Strikes Back fantasy; it’s not all lightsabers and Force-using. Sometimes it takes a blaster or two to get the job done or some fancy flying. It may require some frustrating moments of Dagoba-style training. At the end of the day, no matter who gets frozen in carbonite or loses a hand, you’ve got your squad to think about. Only together can you overcome the odds stacked against you. 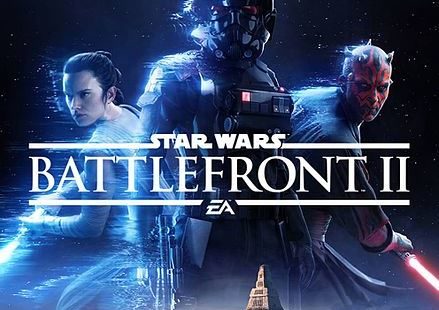 Star Wars Battlefront 2 is a multiplatform first-person shooter with RPG elements developed by EA Dice and published by Electronic Arts. Unlike its predecessor, Battlefront 2 features a single-player campaign taking place between Return of the Jedi and Force Awakens. Players will take on a role of one of the “nobler heroes” of the Empire, elite Stormtrooper Iden Versio. During the war, Iden was given command of Inferno Squadron.
4.3
Average User Rating
33 votes
Have Your Say!
Your Rating: 0
Submit
Write A Review
Genre:Action, FPS, TPS
Developed By:EA Dice
Publisher:Electronic Arts
Modes:Multiplayer, Single-player
Series:Star Wars
Engine:Frostbite