Sennheiser is one of the most well-respected brands in audio equipment and for good reason. They’ve developed a reputation built on quality. Their Game Zero and Game One headsets are regarded as some of the best money can buy. The Sennheiser GSP 600 Professional Gaming Headset is the successor to those well-loved cans but are they good enough to pick up the mantle and lead us into a new generation of Sennheiser gaming products? This is our Sennheiser GSP 600 Professional Gaming Headset review. 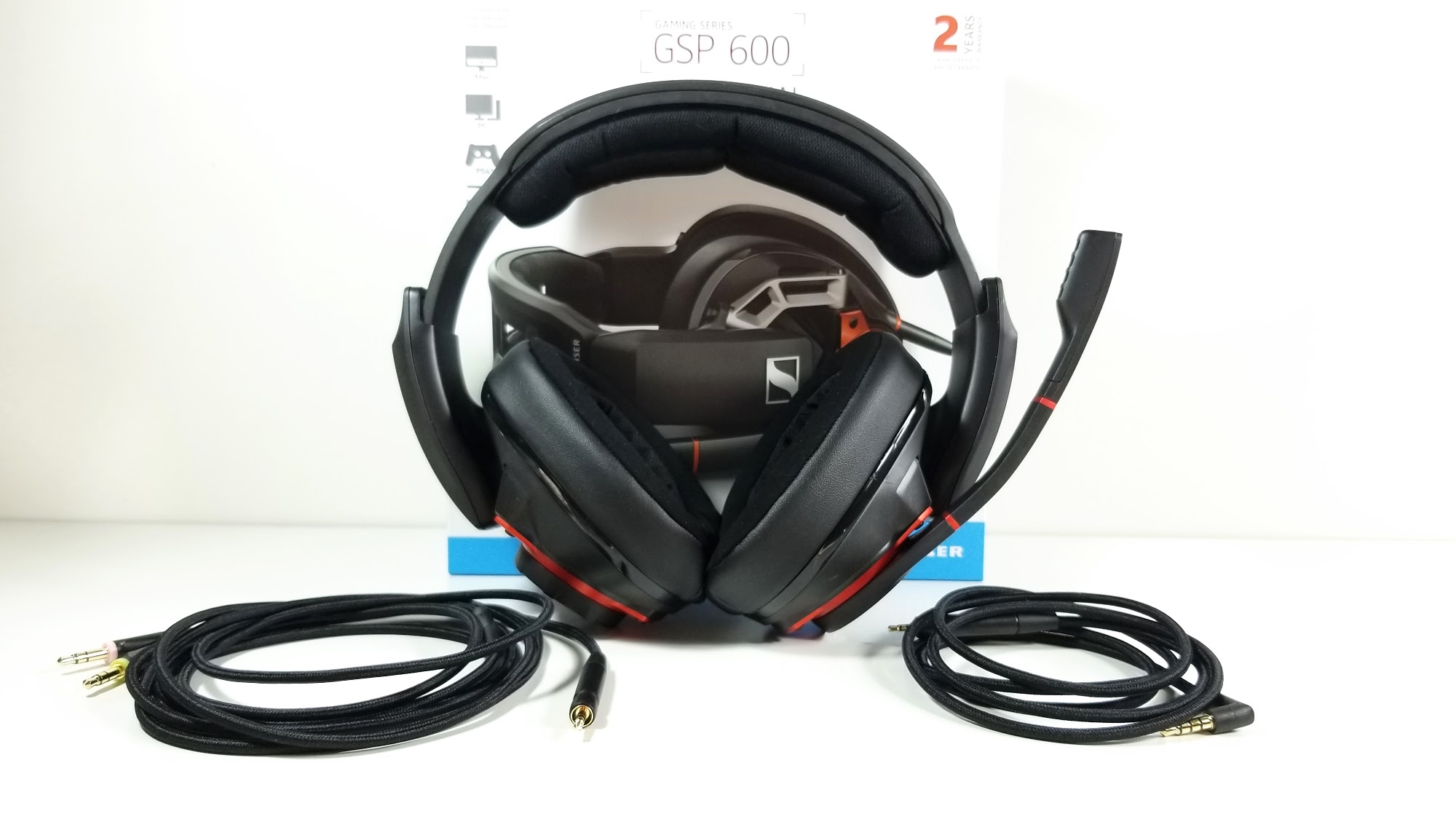 Let’s not bury the lede: this is a fantastic headset that is worthy of leading Sennheiser’s gaming brand into the next generation. I’ve spent just over two weeks with it and it’s quickly become my favorite gaming headset, replacing the SteelSeries Arctis Pro I’d swapped into just weeks before that. It’s a well-engineered, well-constructed piece of kit, that sounds great for games and whatever other media you’d care to throw at it.

But let’s look a little closer, shall we? One of the first things I noticed when taking it out of the box is how heavy it is. Coming in at 395g, it’s no lightweight and that carries with it its own set of implications we’ll get to in a moment. At the same time, it lends the headset an irrepressible sense of quality. 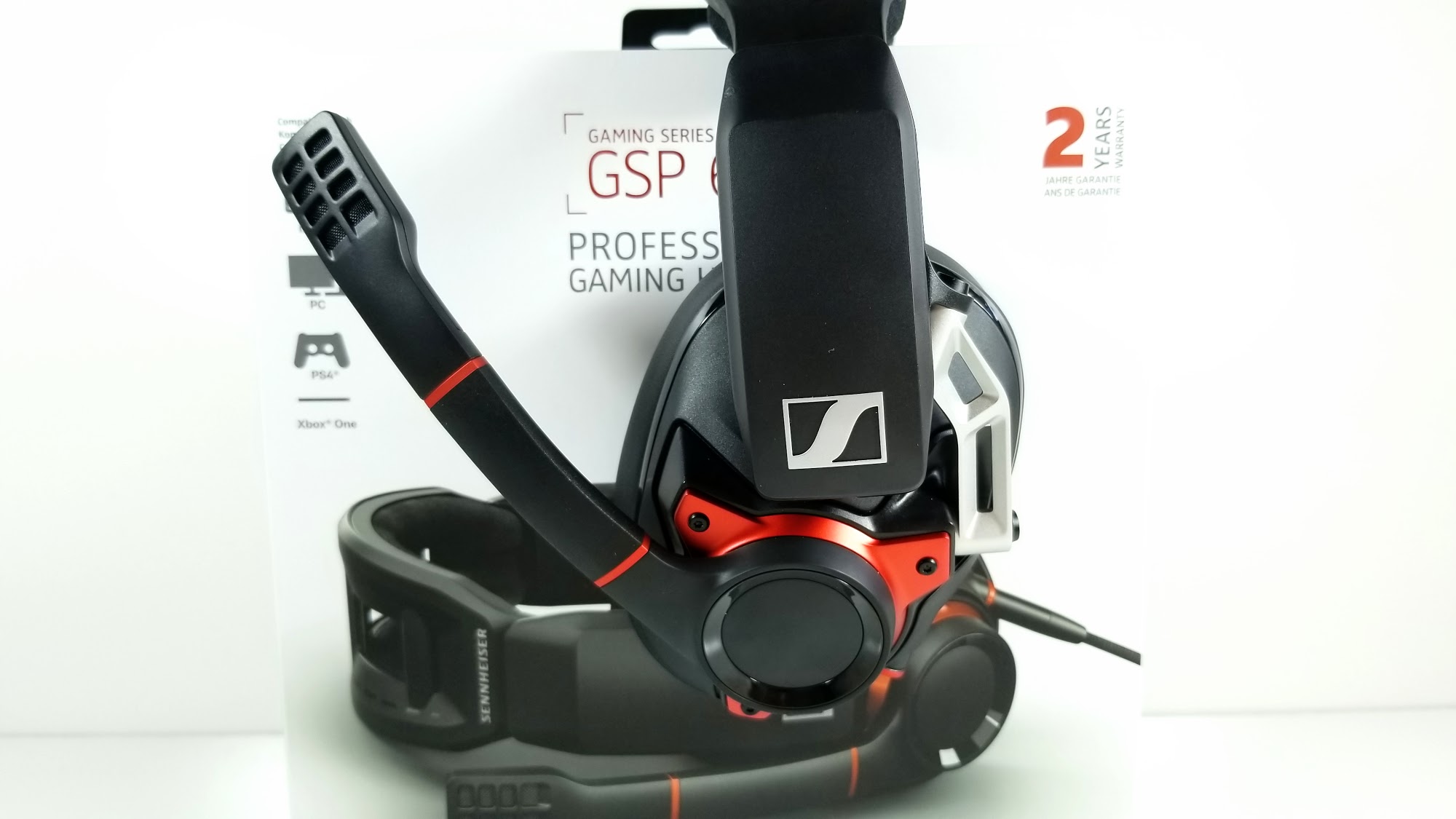 The GSP 600s feature a unique design that manages to make their larger size look stylish. Each ear cup features a distinctive orange and black design, accented in silver. It’s refreshing to see a headset like this still hitting the market: while the other heavy hitters are throwing RGB, Sennheiser is sticking to their guns and delivering a headset that looks great on its own merits and not just through customizable lighting.

On the left earcup you’ll find the adjustable boom arm holding the microphone. Sennheiser gained a lot of attention for the quality of the mic included on the Game Zero and Game One headsets and I’m pleased to say they continue that tradition here. It features a much fuller capture than most headset mics and would be perfectly suited for streaming. On the other side you have a nice volume knob that blends in very well with the overall design (you could even miss it!).

The headset is also rich with padding, which makes it comfortable to wear. The adjustable headband uses a thick layer of fiber coated foam where it meets your head. The earpads also have a great depth. Their oval shape was large enough to totally cover my ears and create a nice seal. 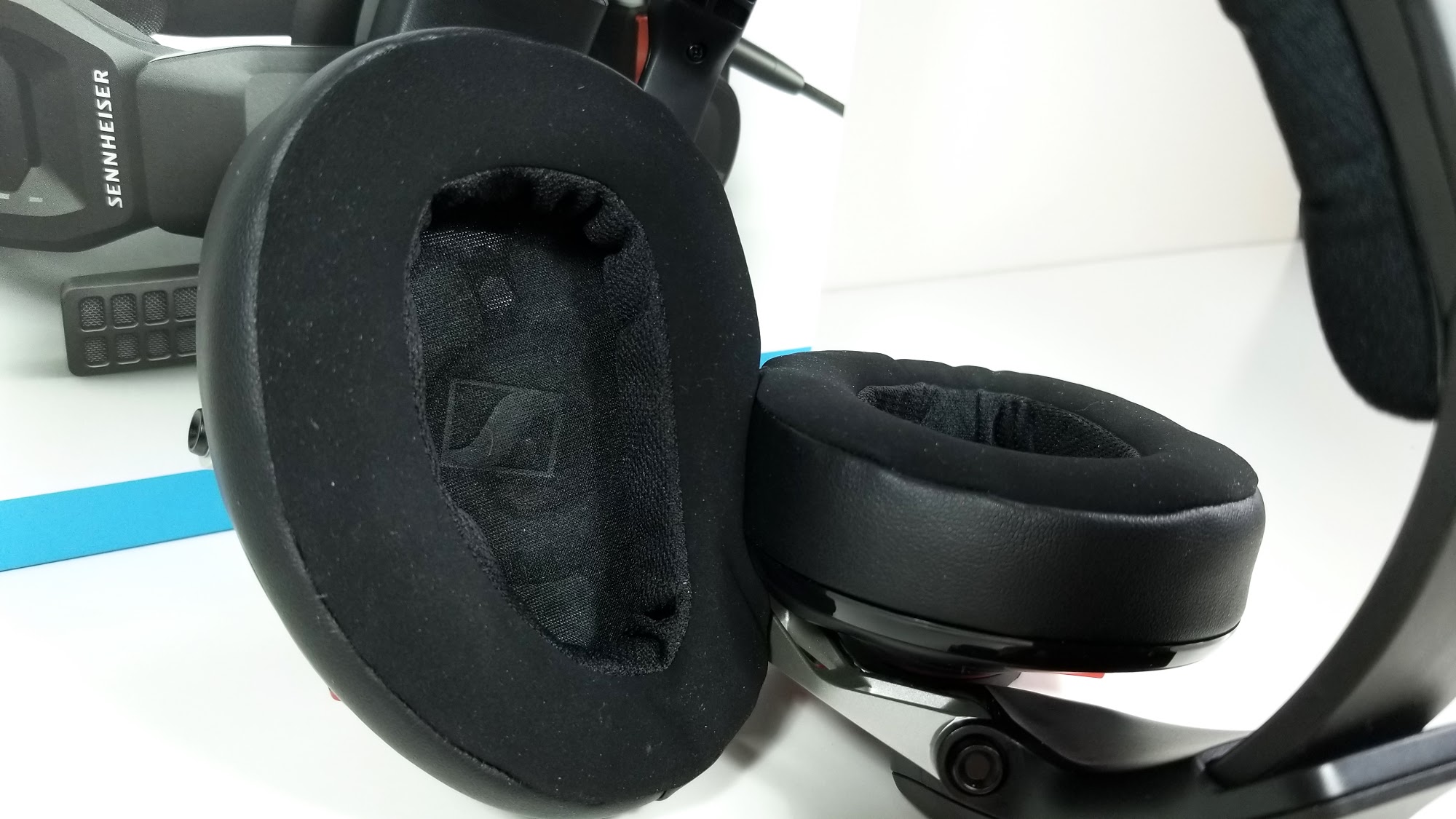 The earpads are one of the most defining features of the GSP 600s. Where they meet your skin, they’re trimmed in a micro-suede keep them from sticking to you in the heat. The outside is covered in leatherette for better noise isolation which not only looks great but works wonders for noise isolation. These headphones feature some of the best passive noise isolation in the gaming headset market today.

I live in a house with a four-year-old son and two-year-old daughter and with any kind of sound coming through, it prevents me from hearing them entirely. This does mean that I’m limited to wearing them after the kids go to sleep, but if you’re expecting to hear anything, even the doorbell, you’ll want to keep at least one ear unsealed. Mid-match, it can even be difficult to hear your own voice, though there is some modest built-in sidetone. I did punch this up a touch using the software on my sound card.

I am quite impressed with the overall build quality, also. It’s made largely of plastic but doesn’t feel brittle or prone to break in the slightest. The headband can achieve a massive stretch without so much as a creak. The joints where the band meets the housings are also reinforced and feel quite solid. I would never recommend performing a drop test on a pair of high-end headphones, but these certainly seem up to the challenge. 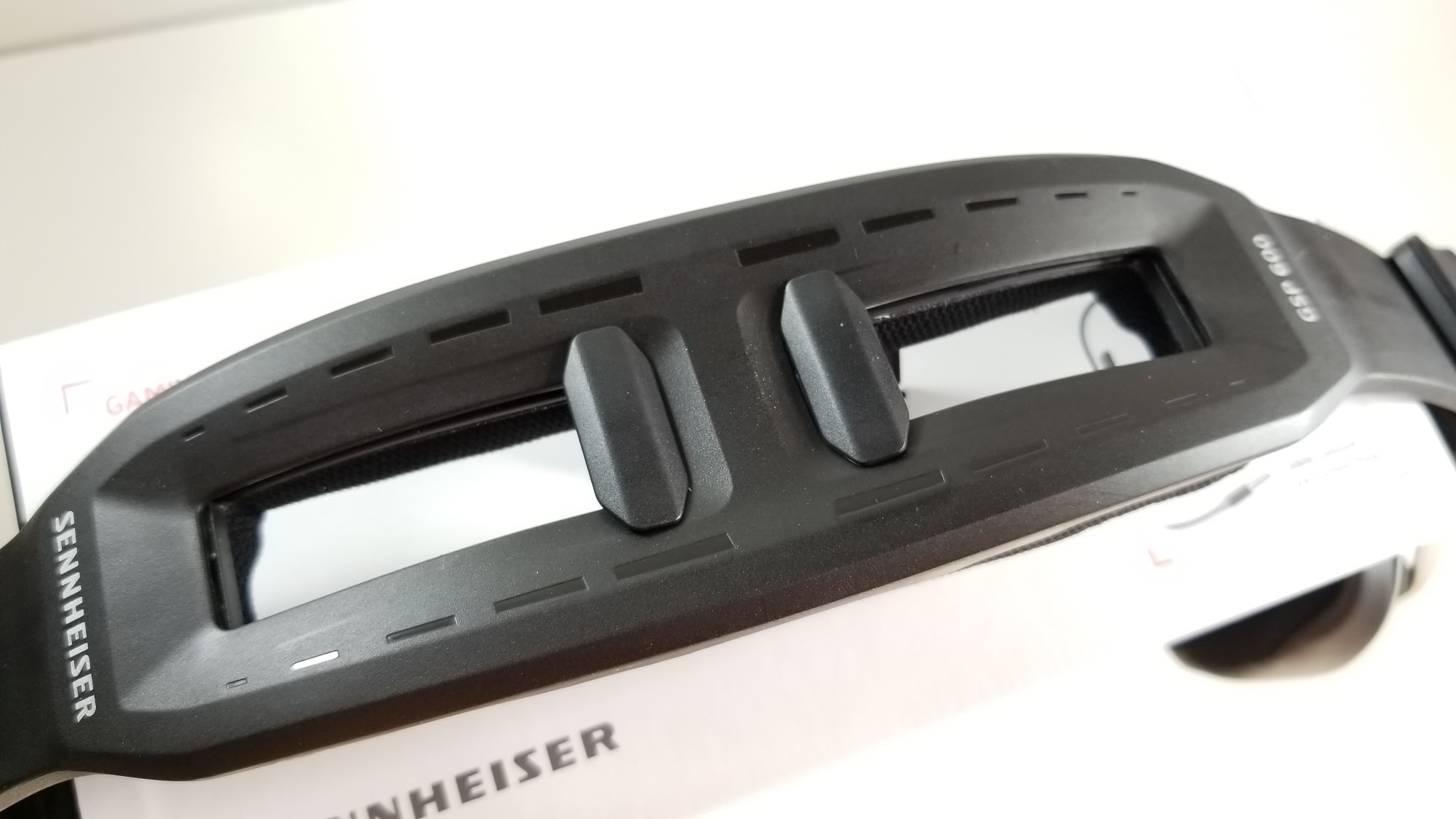 I mentioned the weight of the GSPs before and they are indeed heavy. It’s noticeable coming from a lighter pair of headphones but not cumbersome (though some users have reported needing a break after long play sessions). To keep these from sliding, however, Sennheiser did have to up the grip. At their smallest setting, which is typically what I use with headphones, I did find them a bit too tight and needed to loosen them up. When properly adjusted, they’re quite comfortable and create an excellent seal around your ear.

The headband also features tensioner adjustments which change how the grip is distributed through the earcups. I’ve used similar systems in the past and, to be honest, never felt much of a difference. On the GSP 600s, it makes a definite impact and really allows you to dial in your comfort.

When it comes to design and build quality, these headphones show an impressive attention to detail. Even the two included cables, both braided, are wrapped in such a way that they don’t kink or have any kind of packaging memory. It’s these small touches that combine to make an otherwise very good product great.

All of this would be for nothing if the sound quality wasn’t up to snuff. Coming from Sennheiser we would expect nothing less than fantastic sound and we weren’t disappointed. The GSP 600s feature Sennheiser’s warmer sound, which is great for games. I was impressed to hear such a distinct clarity in the highs as well, which makes these headphones exceptionally good for listening to music. With the extended frequency response range of 10Hz – 30000Hz, you can be assured that you’ll never experience distortion even at ear-rattling levels. 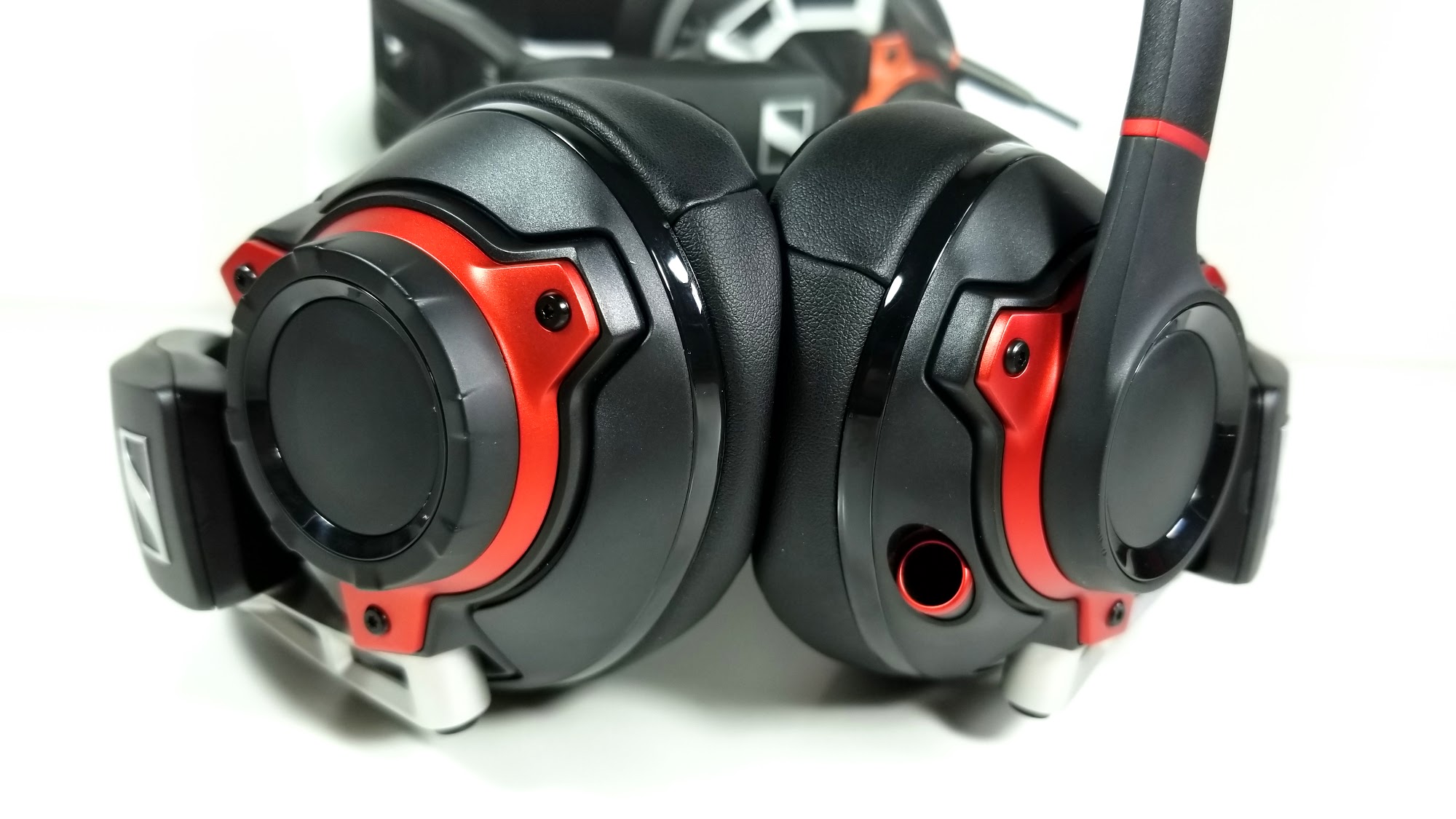 I came into this review a newcomer to the Sennheiser brand but on the back of more than a dozen headphone reviews in the last twelve months. In that time, I’ve looked at everything from $89.99 gaming headsets to $499 audiophile headphones. The Sennheiser GSP 600s are simply some of the best headphones in the bunch. For $249, they’re on the upper cusp of what’s acceptable for a gaming headset, but if you can muster up the spare cash, it’s a worthwhile investment to take your game to the next level. 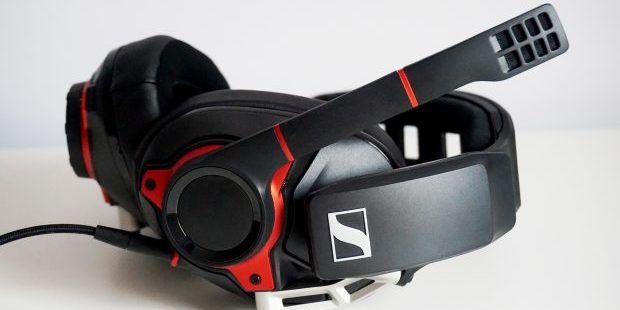 Sennheiser is one of the most well-respected brands in audio equipment and for good reason. They’ve developed a reputation built on quality. Their Game Zero and Game One headsets are regarded as some of the best money can buy. The Sennheise...
0
Average User Rating
0 votes
Have Your Say!
Your Rating: 0
Submit
Write A Review