South Park: The Fractured But Whole is an excellent RPG with a South Park skin. If you love the crass fourth graders and their adventures as much as I do, then chances are you’re going to have a great time. If you’re more of a tangential fan, you’ll probably still find a lot to love. But if South Park isn’t your bag of tea, then the gameplay alone may not make this one worth your time. This is our South Park: The Fractured But Whole Switch review.

The core premise is that Cartman gets bored of playing the whole Stick of Truth high fantasy game that he and the kids were playing in the last entry. Cats are going missing all over South Park, so he decides to switch games, don his “The Coon” persona, and make all the kids change to a game of superheroes. You, the new kid, play along, creating your own superhero persona, adopting weaknesses, a costume, and several powers along the way. You’ll team up with The Human Kite, Super Craig, and more as you rove about the town looking for crimes to solve and people to help… and try to get followers on Coonstagram, Eric’s own version of Instagram.

It’s just a joyful, goofy, hilarious spoof on Superhero Movies, most notably Marvel’s Civil War. Coon and Friends have their own rift to deal with, and a greater “evil” to take on, and the story twists and turns in ways that are clearly the result of Ubisoft SF working so closely with South Park Digital. Even without the gameplay, this would be an excellent feature-length episode of South Park (or more, since the game is about 20 hours long). 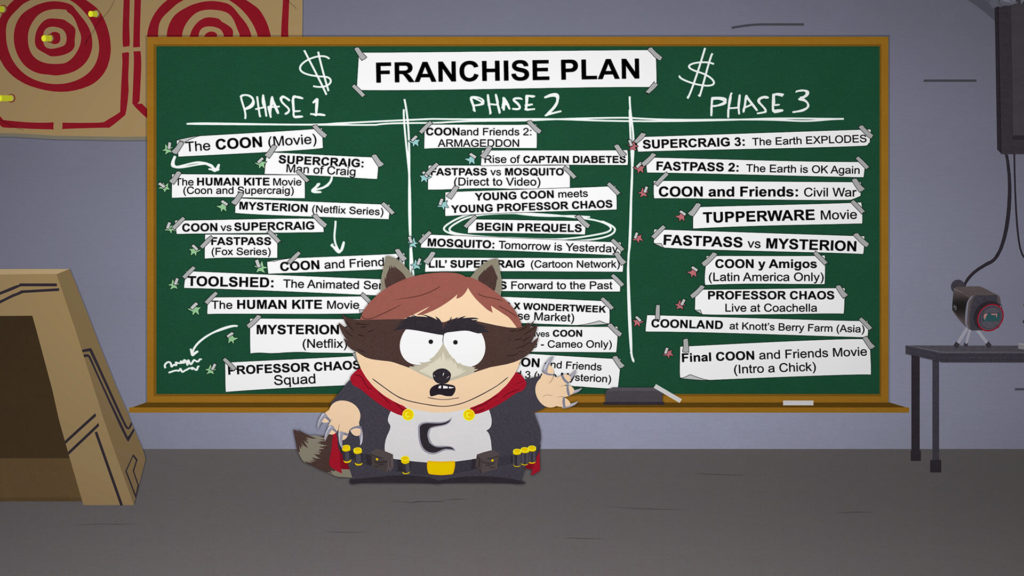 Thankfully, there’s also a clever turn-based RPG in here with tons of character customization, satisfying combat, side quests, and collections to be made. The only “downside” of Fractured But Whole may be that the game doesn’t offer much satisfaction in the way of character progression or levelling systems. You only really make choices for yourself, while your combat buddies never level up or change. I would have loved if I could pick and choose the ways in which The Human Kite evolved throughout my play.

Still, there’s no denying that Fractured But Whole is a great game. It’s a pitch-perfect representation of the show, has great RPG systems, and plenty to do alongside the main quest. It won’t be for everyone. Those looking for a more serious RPG have obviously got to look elsewhere. But if you like your South Park and you like your RPGs, this one builds upon the groundwork of Stick of Truth in various ways that make it worth the price of entry. The only real downside, though understandable from a business point of view, is that this port comes a year after the other versions and does not have DLC included. That aside, Fractured But Whole is an excellent addition to any Switch owner’s library.

Tags: review, South Park: The Fractured But Whole, switch
Summary
South Park: The Fractured But Whole is an excellent RPG with a South Park skin. If you love the crass fourth graders and their adventures as much as I do, then chances are you're going to have a great time. If you're more of a tangential fan, you'll probably still find a lot to love. But if South Park isn't your bag of tea, then the gameplay alone may not make this one worth your time.
Good
Bad
8.5
Great 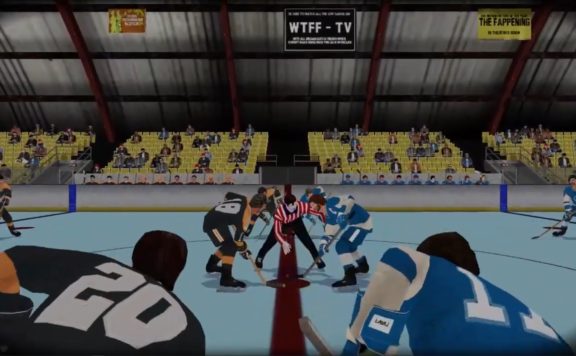 South Park: The Fractured But Whole

From the creators of South Park, Trey Parker and Matt Stone, comes South Park: The Fractured but Whole, a sequel to 2014's award-winning South Park: The Stick of Truth. Players will once again assume the role of the New Kid and join South Park favorites Stan, Kyle, Kenny and Cartman in a new hilarious and outrageous RPG adventure. In South Park: The Fractured but Whole, players will delve into the crime-ridden underbelly of South Park with Coon and Friends. This dedicated group of crime fighters was formed by Eric Cartman whose superhero alter-ego, The Coon, is half man, half raccoon. As the New Kid, players will join Mysterion, Toolshed, Human Kite and a host of others to battle the forces of evil while Coon strives to make his team the most beloved superheroes in history.
9.8
Average User Rating
2 votes
Have Your Say!
Your Rating: 0
Submit
Write A Review
Genre:Role-playing
Rating:Mature
Developed By:Ubisoft
Publisher:Ubisoft
Modes:Single-player
Series:South Park
Engine:Snowdrop