Wow. Now, I know what all the fuss was about. Back when LA Noire originally launched on the PS3, I wasn’t really playing my console that much. Now on the Switch, not only do I finally get to play it, but I get to see exactly why everyone was so keen about MotionScan, the technology used to capture the most detailed facial expressions I’ve ever seen in a game. LA Noire on the Switch is not only a great game, but it’s one I hope we get to see a lot more of in years to come.  This is our LA Noire review for the Nintendo Switch.

You play Cole Phelps, brought to life with the grit and determination of a 1950s gumshoe by Mad Men’s Aaron Staton. Throughout the game, you’ll recognize more Mad Men alumn, as well as familiar faces (the farmer/father from the recent PeeWee’s Vacation Netflix movie, for instance). But also actors like John Noble (Fringe, Lord of the Rings), and Ned Vaughn (Apollo 13, Hunt for Red October). These people aren’t just supplying the voices, but the likenesses too. And while LA Noire can’t quite escape the uncanny valley, they’re closer than any game I’ve played when it comes to capturing the nuanced performance of actors. Every eye-raise, glance sideways, wrinkle from a stifled a cry… it’s all here. And it makes playing LA Noire like playing the seminal film LA Confidential but without Guy Pierce and Russell Crowe. 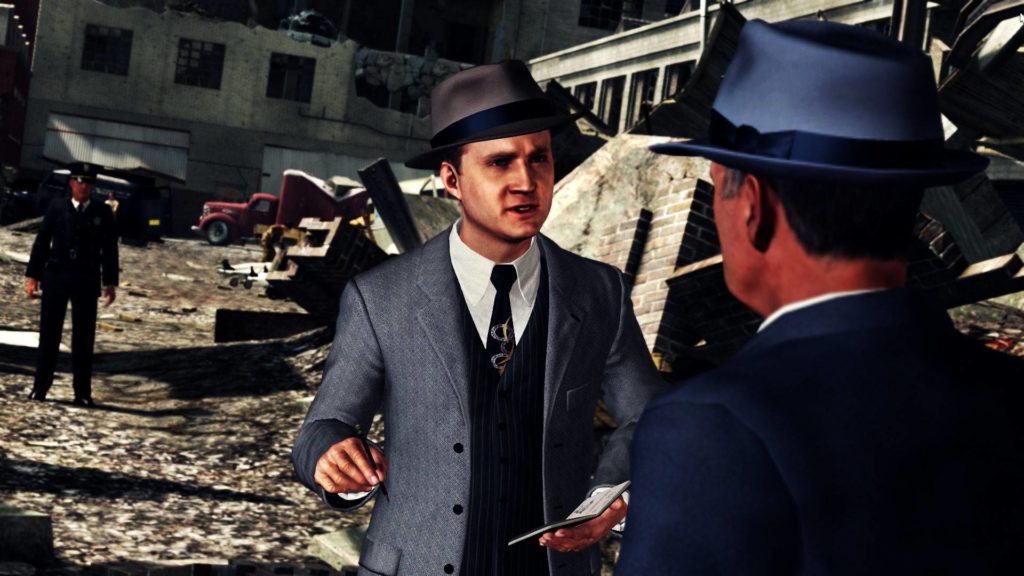 The only downside is that the MotionScan tech is used only for the faces, so the bodies are still all hand-animated. If R* makes a sequel, let’s hope the MotionScan tech goes even further with full motion capture. Without the MotionScan, the core gameplay element of reading your interviewees’ faces would be lost in the wind. It really does make that much of a difference. Someone tell BioWare to use this with the next RPG they make.

I won’t spoil much of the story, but Cole Phelps is a distinguished WWII officer, come home to work in LA as (at first) an officer, and then after much success a Detective. You’ll work your way up through the ranks, starting in Traffic, but soon uncover more than you probably ever wanted to know about the seedy underbelly of Hollywoodland, California. The overall story is excellent, but some of the cases felt inconsequential, and that’s probably intentional. Not every case a COP works on is some big drama. That’s not to say the hunt for the perp wasn’t engaging, just that it failed to keep me engaged with the overall narrative.

Visually, LA Noire on Switch does well in handheld mode, but best (obviously) when docked because of the added power. The 720p and downgraded textures, draw distance, and overall detail is noticeable in the handheld mode but not distracting from the gameplay. For the full experience, it’s recommended to play LA Noire in docked mode. Motion controls are simple but effective, and the handheld mode touch controls feel good too. 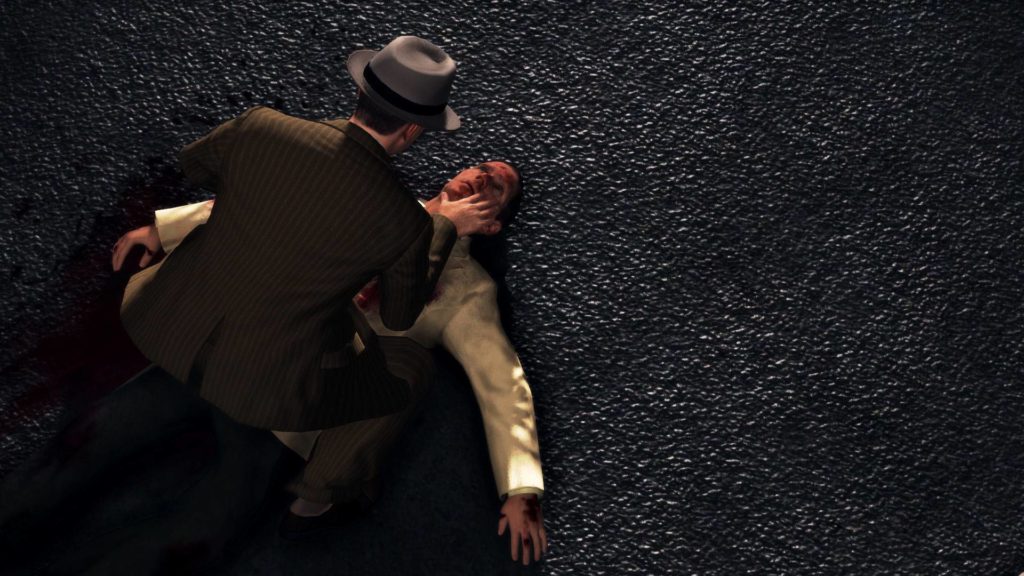 LA Noire is a game about crime, justice, and doing the right thing even if it’s not always clear. Cole, as a protagonist, is a boy scout, but troubled by his famed WWII past. You get a real sense of who he is throughout the game and its many flashbacks to WWII. If there’s one thing a sequel could improve, it would be the relationships between characters. I’d love to have seen some more friction emerging between the men and women of LA that wasn’t directly related to the work or the cases themselves.

If, like me, you missed out in 2011 when LA Noire first launched, I highly recommend trying it now on Switch (or on PC, PS4, and XB1 where it was recently released. The Switch version feels right at home and has me clamoring that somehow Rockstar will bring more of its catalog to the console. Bully, Red Dead, and GTA, please? But LA Noire stands on its own as a testament to interactive storytelling in games. It’s a prime example of a studio getting it right without making the player feel like a passive participant. Highly recommended. 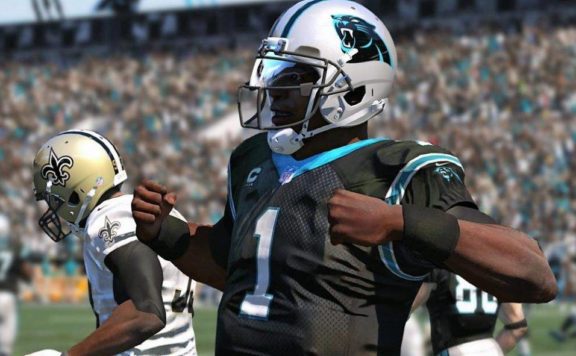 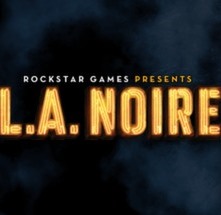 Amid the post-war boom of Hollywood's Golden Age, Cole Phelps is an LAPD detective thrown headfirst into a city drowning in its own success. Corruption is rampant, the drug trade is exploding, and murder rates are at an all-time high. In his fight to climb the ranks and do what's right, Phelps must unravel the truth behind a string of arson attacks, racketeering conspiracies and brutal murders, battling the L.A. underworld and even members of his own department to uncover a secret that could shake the city to its rotten core.
9.5
Average User Rating
2 votes
Have Your Say!
Your Rating: 0
Submit
Write A Review
Genre:Action, Adventure
Rating:Mature
Developed By:Rockstar Leeds, Team Bondi
Publisher:Rockstar Games
Modes:Single-player