The story is a good one: hardcore Marvel fans will recall Krang and his time-manipulating ways. He’s the big bad here, as he leaves a fight with the Guardians of the Galaxy to go to Earth, suck up sections of the globe at different places in time, and teleport them to different dimensions where he can rule over all of them in a place he calls his Chronopolis. The result is a jigsaw puzzle of Marvel’s greatest locales from medieval times to Wakanda, the Big Apple, and more. As you progress the story, more and more of these little islands open up, giving you an open world to wander and toy with between main story levels and missions. 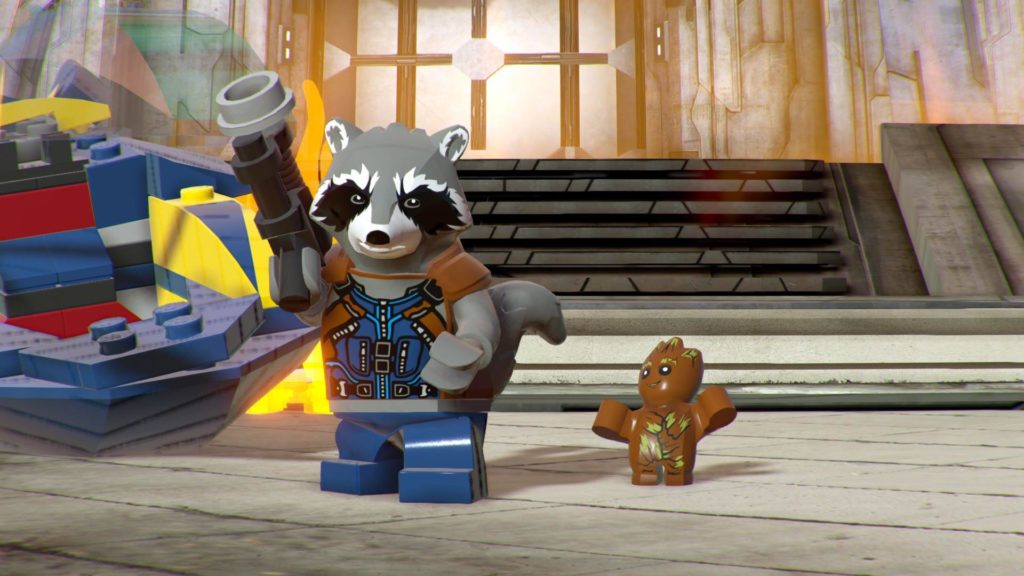 Graphically, on the Switch LMSH2 looks as good as the other versions, except in handheld mode where the lower resolutions and horsepower really affect the aesthetic. Still, as a portable game, you could do a lot worse. The highlight of the game is its voiceover, the comedic parody of the Marvel Universe, and all the gags and side stuff thrown into the equation. LMSH2 is for the comic fans as much as it is for families who just want to game together. The drop-in/drop-out co-op means that you can play with a friend or a family member at any time, and have a laugh as the snark and “did you catch that?” jokes come frequently.

All the humor and fun of the series is there. Tt does that better than just about anyone else. It’s the gameplay that simply hasn’t evolved as much as I’d like. It’s still a fairly button-mashy beat-em-up game with simplistic puzzles and quick-time events disguised as gameplay. Ergo, as a solo experience, LEGO Marvel Super Heroes 2 suffers from tedium and repetitive action. As a co-op event, it fares far better. 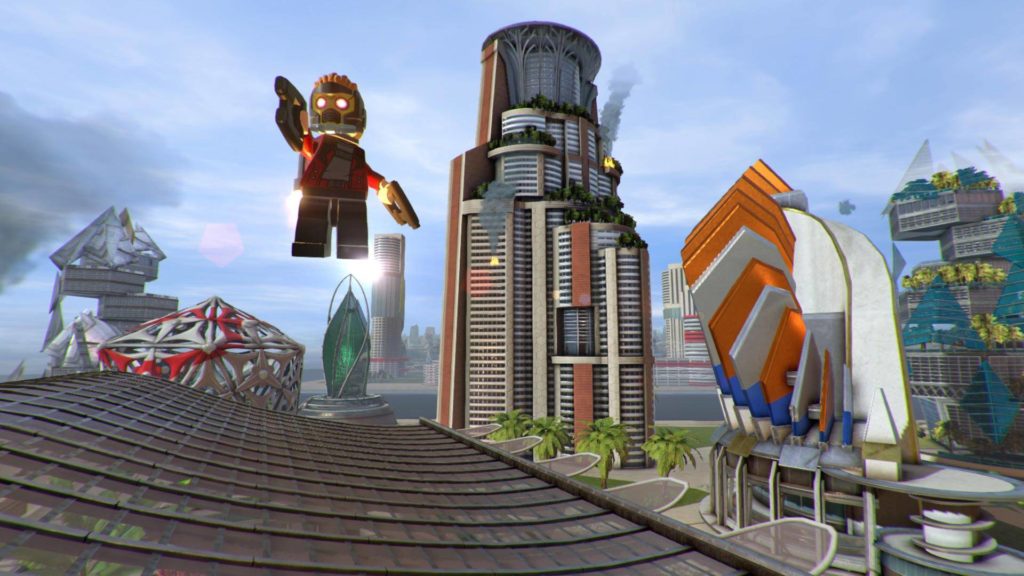 Now all that said, Tt Games has once again created a perfectly fun adventure, with LOADS to do both on a first playthrough and with extended replay value through unlocks and treasure hunts. But unless you’ve got a friend to play with, the act of grinding through all of the unlockables might err on the side of tedium rather than amusement.

So, if you’ve got kids or a significant other who loves to whack LEGO minifigs with you, you’re golden. If that’s the case, you could do a whole lot worse than LEGO Marvel Super Heroes 2.

Join your favorite Super Heroes and Super Villains from different eras and realities as they go head-to-head with the time-traveling Kang the Conqueror in the all-new, original adventure, LEGO Marvel Super Heroes 2! Play as the Guardians of the Galaxy, Spider-Man, Thor, Hulk, Black Panther, Captain Marvel, Doctor Strange, Green Goblin and dozens of other Marvel Super Heroes and Villains in this cosmic battle across the time-tossed city of Chronopolis! Travel across lands -- from Ancient Egypt to The Old West, Sakaar and New York City in 2099 -- and transport objects or characters through the centuries! And, with new battle modes, friends and family can play against each other in a series of themed challenges and battle arenas!
10
Average User Rating
1 vote
Have Your Say!
Your Rating: 0
Submit
Write A Review
Genre:Action, Fighting
Developed By:TT Games
Publisher:Warner Bros. Interactive Entertainment
Modes:Co-op, Single-player
Series:LEGO