The Caligula Effect has finally landed on western shores and it packed bag loads of potential for the trip. This title comes to PS Vita courtesy of Aquria, the developers behind the popular Sword Art Online franchise and is published by Atlus. Tadashi Satoshi, of Persona fame, helms the writing for The Caligula Effect, and with such auspicious talent involved it’s no surprise that this is an ambitious endeavor. Blending high school life with warped realities, evil musicians, virtual idols, and personal trauma produces some unexpected highlights in this typically twisted Japanese take on the human psyche. This is our Caligula Effect review.

Aficionados of the JRPG genre will notice more than a little correlation between this and the seminal Persona series. A group of high school friends delve into another world, uncover a mystery, and explore themes of friendship and personal identity. The Caligula Effect opens on a typical high school day and quickly turns sour as the protagonist realizes that their reality is not everything it seems. The idyllic conveyor belt of high school life is a virtual illusion, created by the computer generated idol μ. What follows is the story of the Go Home club as they battle their own personal traumas and fight to escape Mobius. 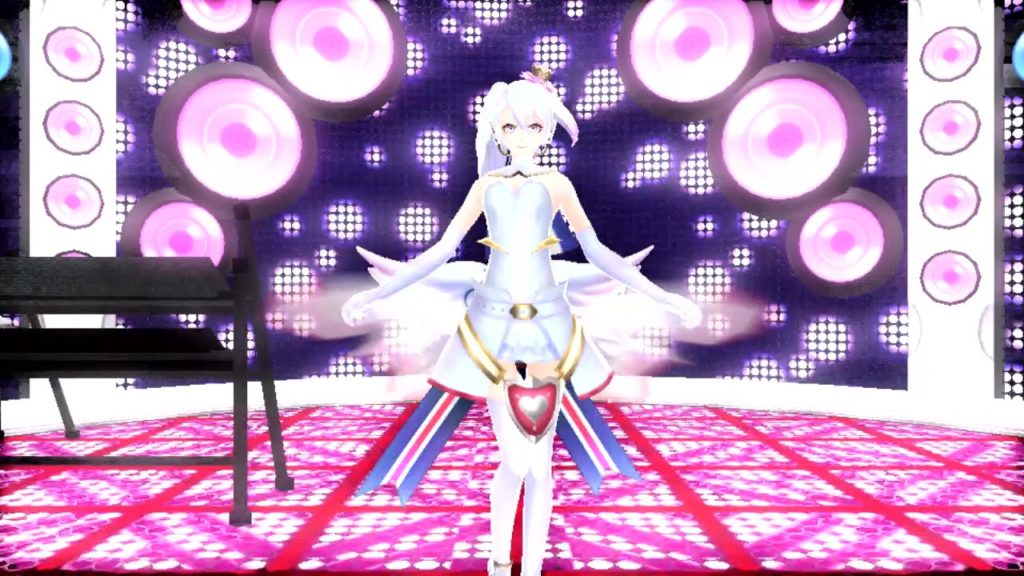 Aiding the Go Home club is a computer generated doll, Aria, who allows this adolescent resistance to manifest their deepest feelings as physical transformations. Going live, as Aria announces it, is crucial to combat, arming each of the Go Home’s students with weapons crafted by their own personality. Kotaro Tomoe’s oversized gauntlets are a particularly effective example of this, producing an interesting accompaniment to his outspoken personality. This also provides players with a balanced choice of combat abilities during encounters, as various members of the Go Home club can eventually access hundreds of abilities.

Dungeons are a significant component of The Caligula Effect and Aquria’s Imaginary Chain is pivotal to the overall combat experience. Essentially a live-action probability calculator, the Imaginary Chain is a responsive and engaging take on turn based combat that allows players preview the outcome of a future decision before committing. Timing, position and the synergy between party members becomes instantly relevant as battles enter real time and break the repetitive dirge of sequential standoff encounters that otherwise drags down so many titles.

While the Imaginary Chain manages to slip the shackles of traditional turn based mechanics, it is still bound to some other questionable design choices. It is evident that The Caligula effect is an ambitious project. Aquria has previously produced some enormous dungeons, in both Sword Art games, and The Caligula Effect continues this precedent. The opening maze of high school corridors spans a total of four floors alone. Brainwashed students roam the school hallways, their distorted forms ready to pounce at any moment. Camouflaged among the unsuspecting student population, these Digiheads quickly become a source of constant consternation. The sheer volume of unavoidable low levels mobs, due to a combination camera issues or placement, pushes players into combat far too regularly. Inconsequential encounters that would be easily dispatched in other games formats seem to artificially inflate the time required to navigate the simplest of quests. It is disappointing that the Imaginary Chain is undermined in this manner, turning combat into a tiresome activity at times. 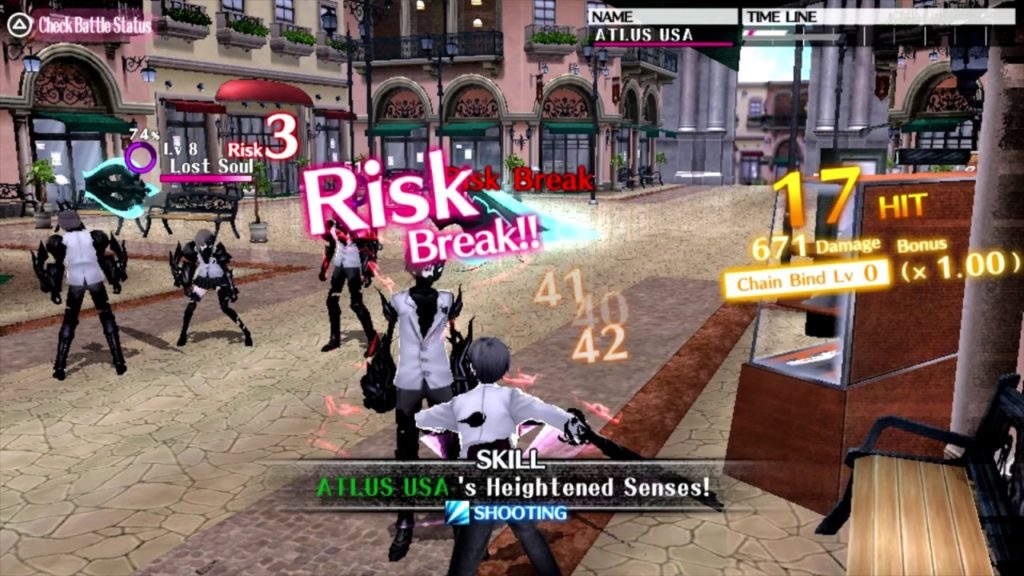 This type of problem is equally true of the game’s social systems. Much like recent Persona iterations, The Caligula Effect is heavily invested in a player’s interpersonal relationships. While Persona 5 allows players to take jobs, help out other characters, and explore the ways that these friendships develop, The Caligula Effect’s attempts feel shallow in comparison. Players can establish influence among social circles by talking to fellow students and unlocking a complex web of relationships, called the Causality Link. Increasing influence results in a number of bonuses called traumas, intended to reward players for social interaction. In practice, a system that should hold a wealth of new skills, flavor, and lore is subverted by some utterly flat NPC dialogue. Conversing with fellow students in person or via the game’s WIRE messaging app regularly returns the same uninspiring stock responses. The result is an uninspiring experience that quickly descends into a button mashing grind.

Thankfully, The Caligula Effect’s central story arc is exceptional well presented. Tadashi Satoshi’s script is worth enduring the misery of adolescent life for and animated cut scenes could easily be part of a major studio anime. Moments, when the Go Home club begins to unveil their own emotional scars, might not be earth shattering but they are powerful enough and those scripted reveals feel more rewarding than the game’s social system. The soundtrack is also worthy of note. Playing on ideas of psychology, players will become very familiar with songs such as The Peter Pan Effect, an upbeat pop song crafted by Tsukasa Masuko and delivered by μ. Unfortunately, even listening to the soundtrack can feel akin to a personal trauma. In a bizarre move, solitary excerpts from the short but upbeat musical accompaniments can be found looping incessantly. During dungeons, Tsukasa Masuko’s work becomes utterly unpalatable, as it is continually recycled, despite being rather good. 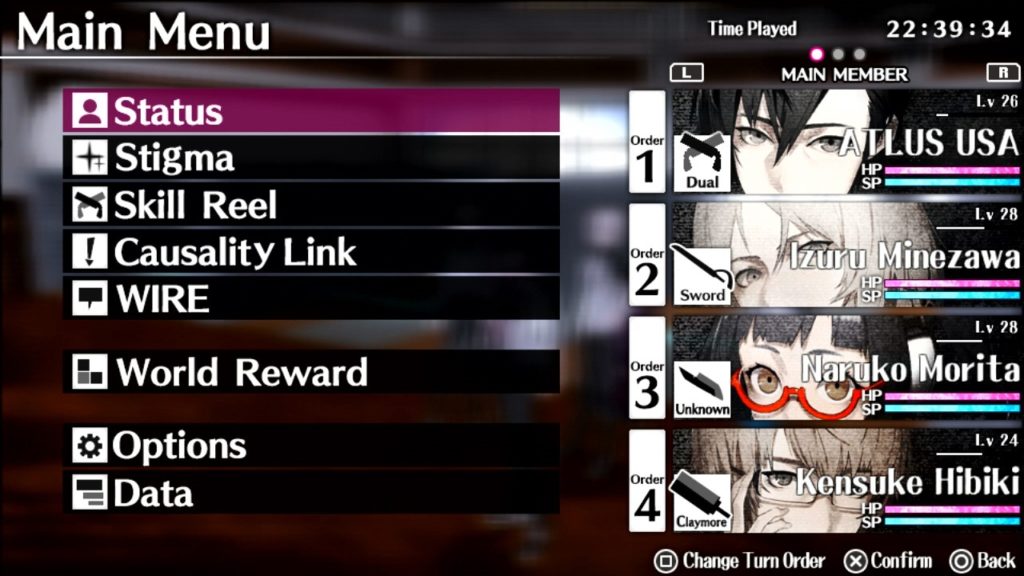 In this manner, The Caligula Effect is broadly consistent. It brings an interesting twist to combat, a great soundtrack, a huge world, and a solid story and very effectively undermines them with some really poor design decisions. The Caligula Effect is a mixed bag and it is all the more disappointing because developer Aquiria has produced far better work with far less creative freedom, under the guise of the Sword Art Online license. If you have not already played the far superior Person 4 Golden or Sword Art Online: Hollow Fragment then The Caligula Effect is available via the US PlayStation store and reaches European shores on May 9.

The Caligula Effect is set in a virtual reality program known as "Mobius", created so people can escape pain in their lives and live in an idyllic high school setting, forced to live out their 3 years Indefinitely. The main protagonist is one of a group who realizes that they are in a virtual world and form the "Return Club", a group dedicated to escaping from Mobius and its god-like overseer program, a vocal program called "μ". They oppose the "Ostinato Musicians", a group who supports μ and sees the Return Club as traitors.
0
Average User Rating
0 votes
Have Your Say!
Your Rating: 0
Submit
Write A Review
Genre:Import, JRPG, Role-playing
Rating:Teen
Developed By:Aquria
Publisher:Atlus
Modes:Single-player